Behind the Scenes at a Museum

Behind the Scenes at a Museum

Exhibiting Fashion: Before and After 1971 by Judith Clark and Amy de la Haye with Jeffrey Horsley. Published by Yale University Press, 2014.

A curious fusion of coffee table and textbook, Exhibiting Fashion: Before and After 1971 appraises the revolutionary impact of the Victoria and Albert Museum’s 1971 exhibition Cecil Beaton’s Fashion: An Anthology in the context of how and why clothing and accessories have been acquired and displayed in museums since 1900. With 150 illustrations, previously unpublished photographs of the exhibit, comments from designers, critics and manufacturers, as well as insights into the planning via correspondence and invoices, the book offers readers a crash course in fashion curatorship.

Authors Judith Clark and Amy de la Haye have had distinguished careers in fashion history and museology, and they have put their extensive knowledge, decades of research and close study of the complex concerns of their disciplines into a sophisticated behind-the-scenes look at the genesis of the modern, blockbuster fashion exhibit.1

Of the thousands of visitors who have seen fashion in museums in recent decades, no doubt many have noticed differences in presentation that are, in fact, tied to changes in the ways curators handle the spectacle that fashion has become. Exhibiting Fashion makes apparent the implicit questions and decisions curators faced as they codified the parameters of their calling. For instance, when should effect take precedence over historical accuracy in the choice of backdrops, accessories, wigs and head/face coverings; will facial features on mannequins be realistic or could this detract from object focus; do music and scent add to the experience; if fashion is to be viewed as art, will examining its cultural background marginalise it as a document of time and place?

Across the board, the Beaton show was an anomaly, breaking or skirting guidelines and protocols that had been established by the pioneering collectors and curators who came before him. As an amateur costumier since boyhood and a devotee of the privileged, Beaton’s interest – obsession, really – was in the dramatic potential of clothing, the elegance of women whose wardrobes came from the most talented couturiers, and the elitism associated with lovely, impeccably crafted attire. Always willing to forego historical accuracy for effect, and a master of mixing art and commerce, Beaton was, in hindsight, the right person to put fashion on the museum map.

In staging the exhibit – the V&A’s first foray into showing fashion – the museum hoped to acquire a collection of top-of-the-line garments through Beaton’s auspices and draw crowds (90,000 paying visitors came) because of his fame, amplified by his 1964 triumph with the costumes he designed for My Fair Lady. Unlike Beaton, and in keeping with the museum’s mission, the idea of the then V&A director, Sir John Pope-Hennessey, was to present fashion in terms of design, not necessarily within the sphere of textiles where traditionally it had been considered, but certainly not in connection with either its cultural significance or the celebrities and titled women who owned the outfits.2

Beaton asked Michael Haynes to design the exhibit, knowing that Haynes’s daring work in the commercial realm of store windows and boutiques would complement his own aesthetic, which ran towards the romantic and theatrical. Haynes’s use of Perspex (a lightweight, transparent plastic), rotating “turntables”, painted backgrounds referencing Surrealism, Art Deco and, of course, My Fair Lady, are a study in themselves, and Exhibiting Fashion will likely lead many readers to explore his unparalleled career.

While Exhibiting Fashion is well worth the US$60/£30 retail price for its artful arrangement, its real value derives from Clark and de la Haye’s eclectic approach to their material: case studies; spotlights on key events, collections and personalities; an inspired reflection on the life cycle of a Chanel ensemble owned by Diana Vreeland and given to Beaton for his anthology; and a section of short essays on fascinating “aspects” such as the creation of Haynes’s “Perspex Cathedral”,3 the insertion of the My Fair Lady theme (proclaimed boldly at the ticket desk behind which Audrey Hepburn’s signature black-and-white film costume would be seen by all), and hat designer Stephen Jones’s 2009 riff on Beaton’s effort, with his V&A show, Hats: An Anthology.

Although the dazzling visuals tend to trump the texts, these are as entertaining as they are insightful and informative. The many facets of Beaton’s talents have been plumbed in depth by biographers, critics and in his own diaries, yet his work as a curator remains a holdout to their scrutiny; in the diaries, he barely mentions the exhibit. Clark and de la Haye provide new scholarship in this field. They also have a way with teasing out memorable details that round out portraits of Beaton, Vreeland, Chanel (who refused to give Beaton garments for his show), and the individuals who offered glamorous items from their wardrobes so that nearly every designer of note was represented. The “incomplete” inventory of global fashion exhibits post-Beaton made by Jeffrey Horsley closing the volume will serve as a valuable guide to the designers and themes explored by fashion curators up to 2012.

Despite the critical and public acclaim of Beaton’s extravaganza, the V&A did not undertake another fashion event until 1987. Today, fashion’s allure for the general public is something no cultural institution can ignore. The final tally for the Metropolitan Museum of Art’s 2011 Alexander McQueen: Savage Beauty reached an astounding 661,509, ranking it eighth on the Met’s list of popular shows. Perhaps Clark and de la Haye’s expert tracing of the trajectory leading to the Met’s stunning success should be on every museum director’s required reading list.

References
1. Judith Clark is professor of fashion and museology and Amy de la Haye is professor of dress history and curatorship, Rootstein Hopkins Chair, both at the London College of Fashion. They are veteran curators of fashion exhibits internationally, and prolific writers and lecturers on costume. In 1997, Clark established the first independent gallery exhibiting fashion, Judith Clark Costume: http://judithclarkcostume.com.
2. Among the treasures Beaton’s generous donors – many of them clients and friends whose photographic portraits he had made – gave to the V&A were the Claire de Lune costume that Erté created and wore to a bal blanc in 1922 and Elsa Schiaparelli’s brocaded silk “Circus” jacket from 1938, worn by its donor with purple crêpe culottes.
3. Fashion writer/curator Ernestine Carter coined the term “Perspex Cathedral” in her preview of Fashion: An Anthology 1971 for the Sunday Times, 5 September 1971. 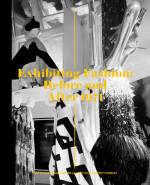