A treasure trove of an exhibition surveys the late Italian master’s exploration of books and paper, which provide a gentle complement to his painting and sculpture 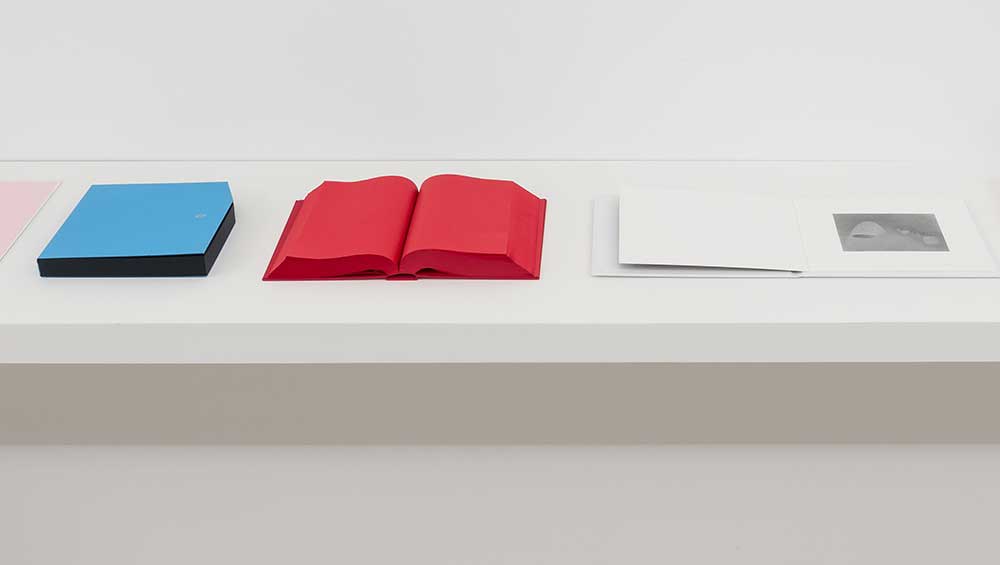 The work of Ettore Spalletti (1940-2019) demonstrates the continued importance of encountering art in the flesh. The Italian artist specialised in abstract panels, painted in soft pinks, greys and – especially – various shades of sky blue. Viewed in reproduction, these works appear as monochrome blocks of colour, evoking skin, mist and the atmosphere on a clear day.

When seen up close, however, they reveal a remarkable gradation of hue. Spalletti was a master of impasto, the technique of applying layer after layer of paint to the canvas, often making brush strokes visible in the process. He would paint over several weeks, revisiting a work at the exact same time each day. But while impasto is often used to create thickness – witness the works of Frank Auerbach or Anselm Kiefer, where the paint forms a crust protruding out of the canvas – Spalletti had a gentle touch. After diluting his oil paint with pigments and gesso, he layered his azures, cyans and ceruleans before sanding them down, so that they form a subtly textured surface. 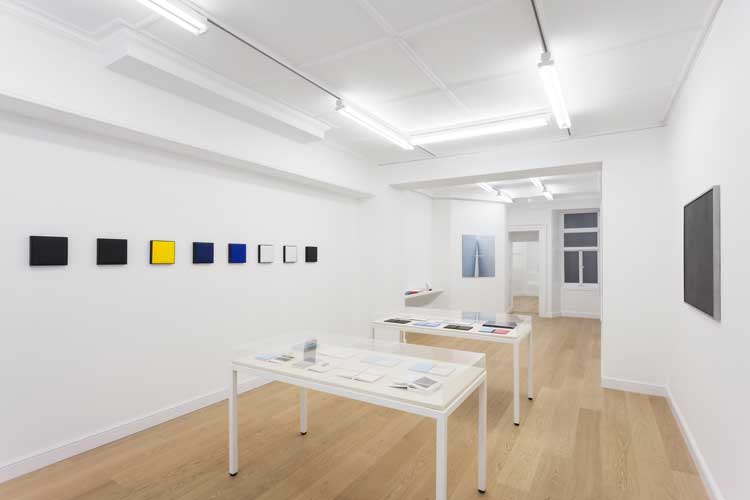 Spalletti’s blue paintings feel not entirely of this world. They appear almost holy. Pieces such as Le Rayon Vert (2002) contain subtle flecks of gold leaf, which, when placed against blue, call to mind late sacred medieval art. They have a magical relationship with light. “If you look at one of my works,” he told Studio International in 2018, “you can’t tell whether the colour of the surface is moving inwards, or if it’s emanating from inside and appears on the surface.” They also have an aspect of the infinite, an expansiveness that threatens to draw one in. Both tendencies were fused in 2016, when he collaborated with his wife, the architect Patrizia Leonelli, to create a chapel at a private hospital in Pescara. Patients are immersed in their calming blue cocoon. 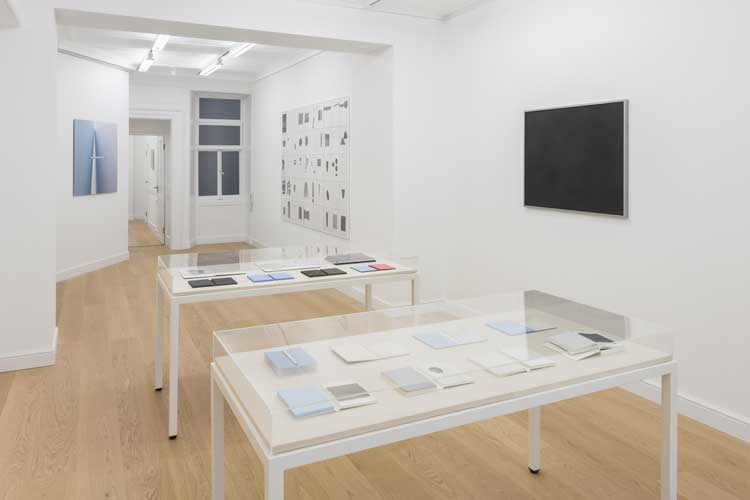 Yet while he is best known for the expansive, numinous and infinite, Spalletti had a real affinity for the small-scale, material and ephemeral. A new exhibition at Marian Goodman Projects in London collects a rich cache of his works on paper, editions and books. It was arranged to coincide with Ettore Spalletti, Libri, a guide to Spalletti’s artist books, an idea originally conceived by him with the book’s editor, Hans Ulrich Obrist. This volume seeks to capture Spalletti’s work in the medium and help entrench the reputation of the artist’s book. “The passion and precision,” says Obrist, “with which Spalletti has worked on books throughout his trajectory presents a wonderful example of their importance in an artist’s oeuvre.”

The artist’s book is a curious medium, and a fairly new one. A precedent might be found in the work of William Blake, whose prints largely accompanied his own poetry or that of others. The modernist avant garde began to formulate the idea that a book could be an artistic medium. Early examples included the collaborative Russian avant-garde work Worldbackwards (1912), El Lissitzky’s For the Voice (1923) and Kurt Schwitters, Kate Steinitz and Theo van Doesburg’s The Scarecrow (1925).  But all of these could be described as books of artworks. 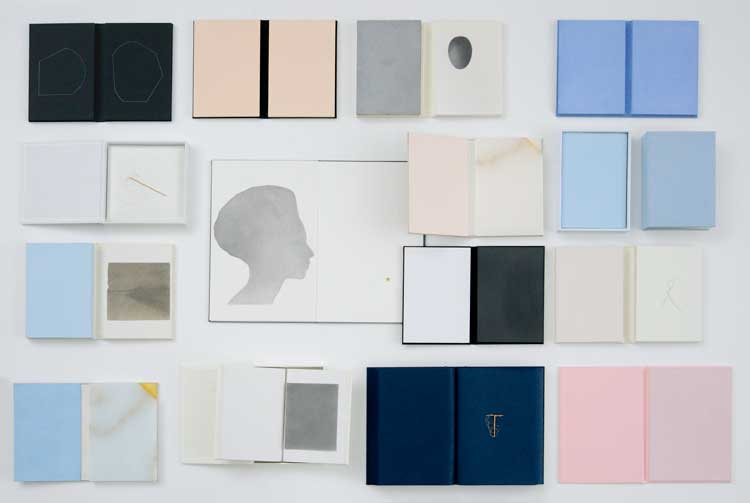 It took almost another half-century for major artists to designate a book as a single work of art in itself. In Europe, the seminal figure was the Swiss provocateur Dieter Roth, the master of grotesque decay. At first glance, Roth’s deconstructed books seem a world away from Spalletti. The former removed their binding, drilled holes through their covers and stuck their pages together with rotting food. The most extreme Spalletti got is sprinkling gold leaf on them as with one Untitled (c 2000s) work on a linen hardcover book in an uncharacteristic black. But there is an affinity in the way they seize on the expansive possibilities of the book as an artistic medium. 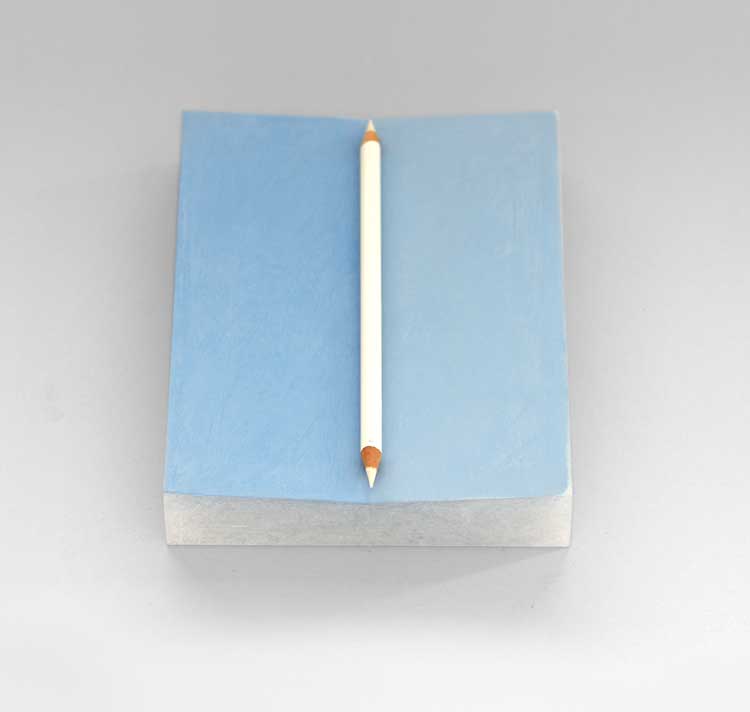 Artist’s books can contradict some of the traditional traits of art. They are more prone to decompose than painting or sculpture, especially when worn down by the winters of a page turner. They can be produced in multiple editions, repudiating the idea that an artwork is singular and unique. They can be viewed in as many different ways as there are pages, rather than existing as a single form or presence. And they resemble non-artist’s books such as catalogues, secondary forms used to explain and comment on the artworks.

Spalletti’s books play with these possibilities while affirming themselves as works as art. They frequently bring several materials together, as if assemblage. A series of Untitled works from the 1990s contain a chunk of alabaster within a linen hardcover, juxtaposing fragile paper with a mineral used in sculpture. The book form presented a space in which to experiment with different types of imagery. Kleve (2009) features a thin photographic self-portrait. An Untitled book from (2012), in a darker blue than is customary, contains a T-shaped gold pin surrounded by a series of rings. Closing the book – or even moving it – would disturb this harmonious image. 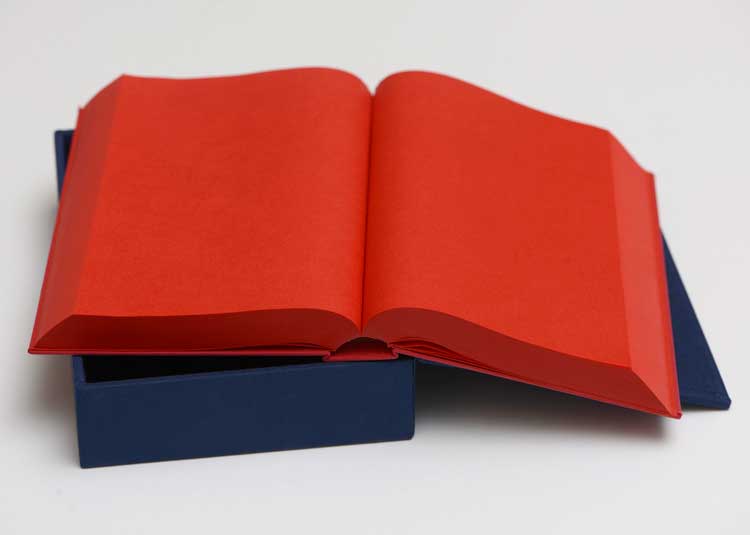 Several see him use colours outside the usual scope of his work. One book, Senza Titolo (1998), is in a crimson red. Created for an exhibition in Strasbourg, it was the first instance of Spalletti using tissue paper. He soon became an avid user. The Disegno series (1993-2010), of which there are eight examples at Marian Goodman Projects, saw him press sheets of tissue paper into a cardboard box, softly drawing on top. The tissue paper grants Spalletti something of the effect of his layered paint, where the light could come from within or outside.

These works are arguably unbound books, layers of paper sequentially set together. And many of the pieces here that are not books draw attention to the idea of layering. A series of 2018 paintings on paper feature bands of grey and blue impasto interspersed with a single band of gold. They resemble the rings of a gaseous planet. Heavier and more mischievous is Scatola di Colore (1991), which has a thin strip of pink impasto between two apparently identically sized alabaster blocks; I am told some have compared it to a victoria sponge. But this is one cake that withholds easy gratification. As with all the best of Spalletti’s work, it forces you to marvel at its presence as an object, as an amalgamation of matter.