This exhibition of works from Glasgow Museums’ collection explores the concept of domestic bliss, from domestic labour and feminism to intimate relationships and contested social roles 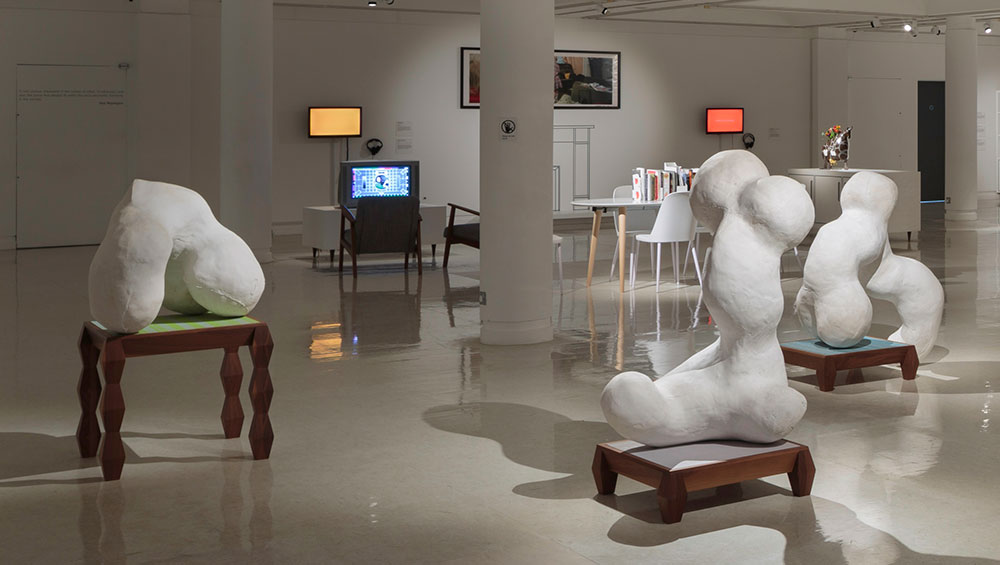 The day before going into self-isolation, I had the pleasure of visiting the Gallery of Modern Art (GoMA) in Glasgow to see Domestic Bliss, an exploration of intimacy, domesticity and, aptly, what it means to be at “home”. Presenting work from Glasgow Museums’ vast collection and reflecting on the GoMA building’s history as a house, Royal Exchange and civic space, Domestic Bliss is a treasure trove of artistic explorations of the spaces in which we live and how they are defined and challenged by social and political change. 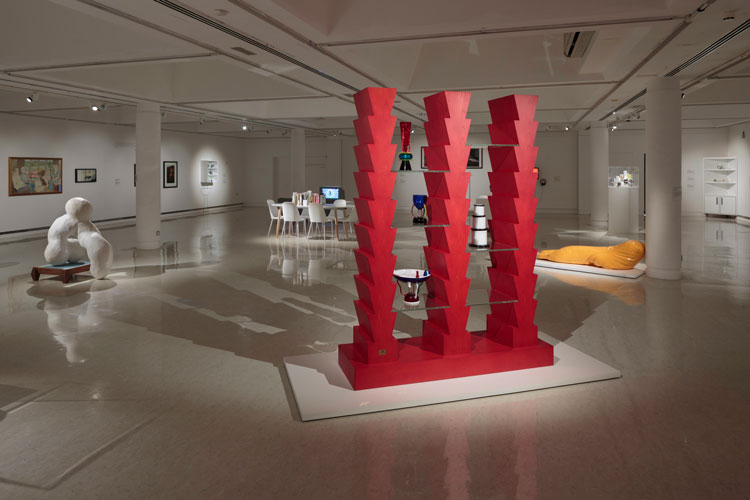 Across painting, sculpture, ceramics, photography and more, an array of contemporary artists explore domestic labour and feminism, the clashing of public and private spheres, and the intersections between intimate relationships, historic narratives and contested social roles. What and whom live behind the ideal of “domestic bliss”? What everyday reality is hidden in stylised interiors, or the aspiration of them? Are we different people when we are cooped up together in a small space? Are we most ourselves? 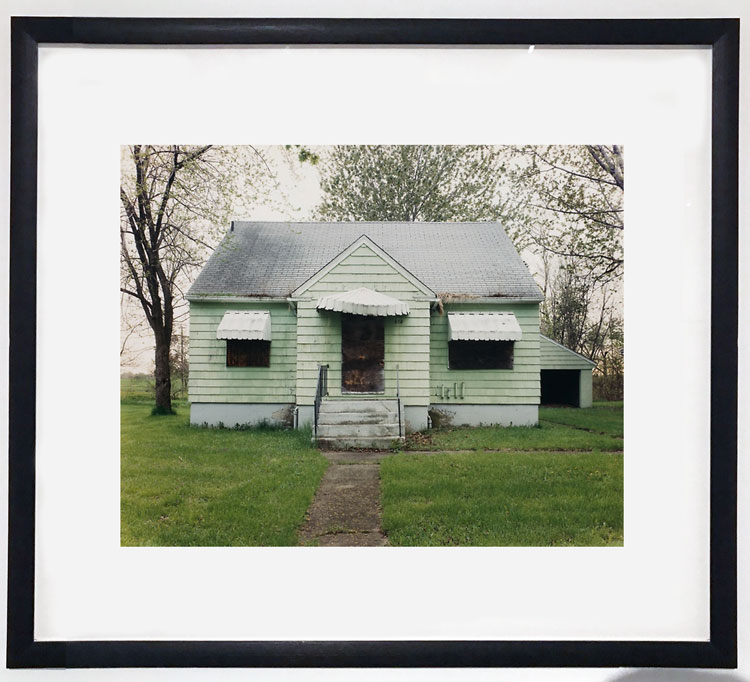 One of the most moving works in the exhibition is, at first sight, a simple photograph of a modest, pale-green American house. The US photographer Joel Sternfeld’s 518 101st Street, Love Canal Neighborhood, Niagara Falls, New York, 1994 is presented alongside a text that reveals a complex, tragic history, and probes the very notion of the “‘facade”. As Sternfeld explains:
“From the 1920s through the 1950s, the city of Niagara Falls, the United States Army and the Hooker Chemical Corporation dumped over 200 different toxic chemicals into Love Canal. Many of them contained dioxin, one of the most lethal chemicals known. In 1953, Hooker Chemical covered the then-dry Love Canal with a thin layer of dirt and sold it to the Niagara Falls Board of Education for $1. The terms of the sale stipulated that if anyone incurred physical harm or death because of the buried waste, Hooker could not be held liable. A school was constructed on the site of the waste dump and private homes built nearby. In the late 1970s, an unusually high number of birth defects, miscarriages, cancers and other illnesses were reported in the Love Canal neighborhood by the Niagara Falls Gazette.” 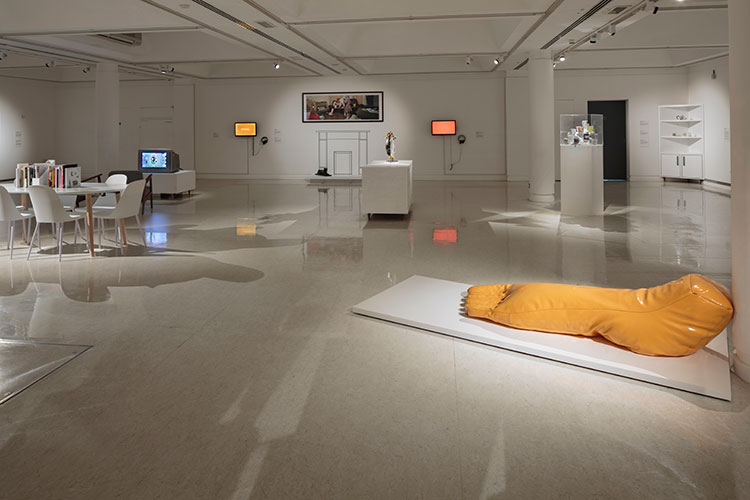 As the passage goes on to explain, this tragedy was publicly revealed only following a major civil court case brought by a mother whose children had contracted a rare blood disorder because they lived in the area.

Clearly revealing the terrible gap between the idea of “domestic bliss”, the picture-perfect American house and the reality of families being gradually poisoned by their domestic environments, this work is a stirring record of the callous carelessness hidden behind corporate visions of the American Dream, and a moving statement against it. 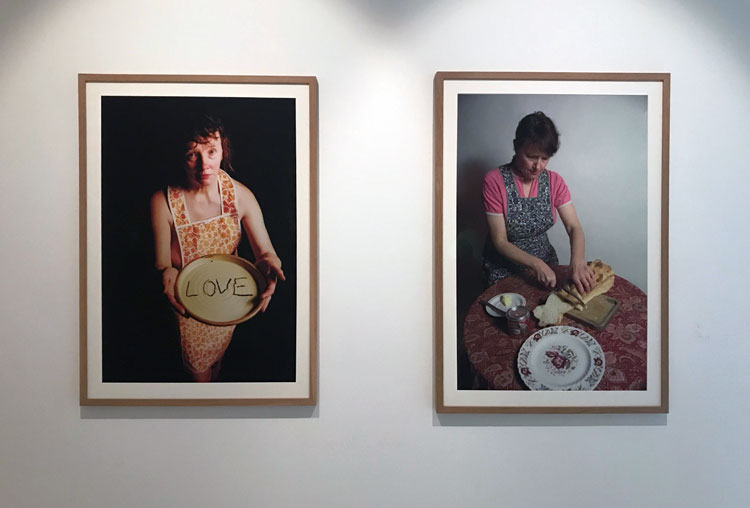 Other works in the vast exhibition also reveal nuanced instances where reality and illusion, or expectation, meet uncomfortably. In Early Mother (1985) and Love on a Plate (1989), by the British photographer Jo Spence (1934-92), the artist explores the domestic roles that she and her mother were, in turn, expected to play in society. Rebelling against her family and their expectations of her by becoming a photographer, these images represent, in their very existence, a departure from the roles that they record and perhaps mock.

In ceramics by Grayson Perry, Chris Bramble and Emmanuel Cooper, the concept of domesticity is also questioned and mocked, as they contain functionality and satire in their decorative forms. Elsewhere in the gallery, Niki de Saint Phalle’s Vache Vase (1992), which plays on the English word “vase” and the French word “vache”, meaning cow, playfully probes the coexistence of domestic functionality and its inherently physical and visceral nature. 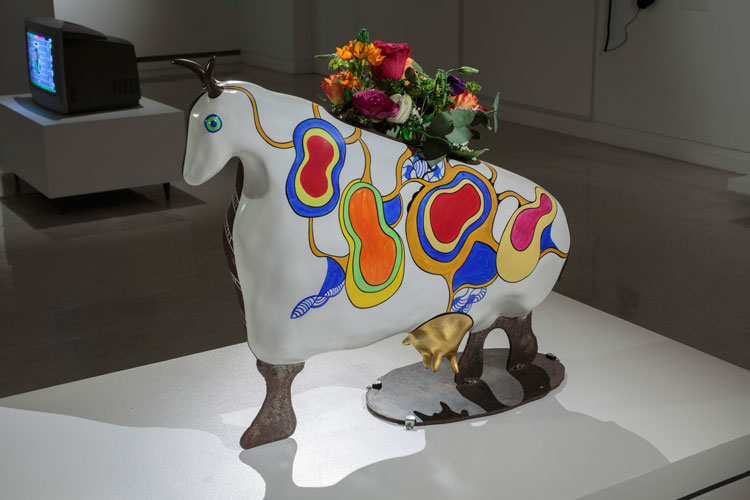 A particular highlight of the exhibition, which goes beyond the typical preconceptions of what it means to have a “home”, or to strive for “domestic bliss”, are Jane Evelyn Atwood’s photographs, Kissing a Friend and Shaving (both 1987). Taken from the photo essay, Jean Louis, which was published in leading European magazines and won a World Press Photo Foundation prize in 1988, these photographs chronicle the final months of Jean-Louis, a gay French man who had Aids. While Shaving (1987) shows Jean-Louis doing an everyday, personal task, its placement next to Kissing a Friend, in which he has become an emaciated patient, kissing his friend goodbye, makes for a deeply moving work. It is helpful that Jean-Louis’s thoughts were recorded in the photo-essay, so that the typical subject-artist relationship is blurred and challenged.

Printed next to these photographs is a quote that gives insight into Jean-Louis’s view of the project, and suggests a collaboration rather than simply a detached record: “I want these photographs to be published, not out of a need for self-exhibitionism, but because I want to show people how destructive and dangerous the Aids virus can be, and where it takes you.” Jean-Louis, 1987.

Indeed, these photos in particular reveal the high stakes attached to our ideas of the “domestic” (blissful or not), and why we give the concept of home so much value. Beyond the dream of beautiful interiors and happy housewives are layers and layers of other hopes and dreams, some socially constructed and political, others visceral and human, all fragile. 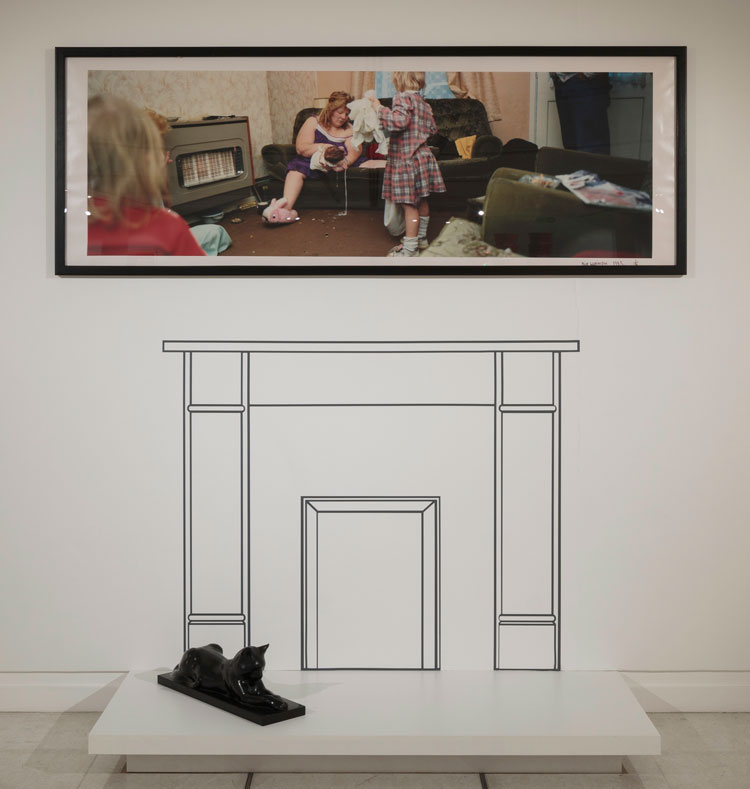 We go home to be safe, to be around those we love. We have our routines and rules to give structure and order to our lives. Home is security and safety, intimacy and love. In these strange times of quarantine and self-isolation, perhaps we will come to know more clearly than ever what these artists tell us through photographs, ceramics and sculptures: that home is where we retreat, that “domestic bliss” is not perfect interiors and gender roles, but shared compassion, security and health – things that, although they should be easily attainable, are rare, hard-won and easily lost.

The images of Jean-Louis shaving and kissing his friend will stay with me, particularly, showing how we cling on to our daily routines, whether or not we still need them for anything other than habit and pride, and how we cling on to each other. These insights remain true for us all, in the face of tumultuous change and widespread disease, and remind us how valuable our own personal domestic bliss is, now more than ever.