Documenta 12: 'Documenta as it never was'

Documenta 12: 'Documenta as it never was'

'Documenta', the quinquennial international exhibition of contemporary art, is less strong this year than in previous years, which has raised many questions for its future. The exhibition is vital for its host city, Kassel. Roger M Buergel and Ruth Noack, director and curator respectively, endeavour to shake up the formula.

'Documenta 12' at Kassel, Germany is directed artistically by Roger M Buergel, and has been veiled in secrecy until the formal opening, which was on 16 June 2007. It is difficult to surmise why it has been so difficult, before the opening, to ascertain the list of artists engaged to show in this formerly most prestigious of events, which runs once every five years. The show's curator, Ruth Noack, has been equally oblique. The only solution has been to get on the plane and go see 'Documenta 12'. Numerous writers' backs had, however, already been put up. Normal note-sharing at Venice (as is our wont) evinced a common response that was pretty negative, albeit anticipatory. This is hard to understand for a show that has over 500 works. One critic compared it to the Summer Exhibition at the Royal Academy of Arts (RA), claiming how easy it was to overlook the good works in the show. That is a bit hard on the RA, where good works abound and a rapid collector could build up a gallery full of contemporary work in a couple of mornings' cheque writing; but that would be impossible to achieve at Kassel. The Buergel-Noack partnership confused us at the start with loose captioning such as, 'Is the modern our antiquity?' (This is explained further in a printed document.) This opened the selection process to a charming anarchy. Among all this 'random choice', it was a surprise to see the Australian-based, Chilean-born Juan Davila, who has established in his adopted homeland a maverick-camp reputation. How often can you shock without it becoming banal? This is even harder when the humour, so arresting 20 years ago, has vanished. Still Davila, for some unwittingly, might be a nugget found. The American painter Kerry James Marshall (reviewed in Studio International during his excellent show at the Museum of Modern Art in Oxford last year) was a real coup, a masterly evocation of African-American art, following on from Romare Bearden's own post-war innovatory trail in the USA. The British artist Mary Kelly, who seems to have fallen off the planet, seeks redemption from those who remember the 'dirty nappy' work  of the late 1980s Institute of Contemporary Arts (ICA) rendering. But her work here, entitled 'Primpana Bathing' consisting of a range of monochrome photographs of herself cutting her toenails, over the period 1974-1996, is somewhat non-redemptive to say the least. Perhaps 21st-century toenails would give meaning to the question, 'Is the modern our antiquity?'

It seems that Roger M Buergel and Ruth Noack were on a voyage of several years (or so it was) to find a lost magic kingdom of modernity. This, in their view, involves not a quest into the future but a rummaging in the detritus of history. They wholesomely (one cannot say wholeheartedly) impose that the curatorial model of today is now a covert neo-liberal model compromised by globalist capitalism, for which instead they seek to consolidate antiquated Marxist tendencies before they vanish forever. But these cannot recover modernity, it is rather their actual abandonment that can signify a resurgence. And so Buergel sees the mission of 'Documenta 12' not in terms of a quinquennial reappraisal of contemporary art, but of a much longer 'Thirty Years War', which gives it a European context. Buergel boldly sets out to redeem 'Documenta 12' with a long-term agenda for the total recovery of contemporary art, then he immediately renders this objective void by counterposing modernity with antiquity (toenails or not). The result has been an early flurry of nihilism, to be followed by more contradictory games. In this way, the few nuggets one can find float aimlessly past, lost in the catalogue for the most part. Buergel recasts modernity here as beyond recovery, and at the same time, in contradiction, urges us to view it as our past, and worth reclaiming. His down side offers us only the possibility of our critical location within its archaeology of history. 'Documenta' in the future (if there can be another) is pure speculation on anything more. Buergel claims that unless 'Documenta' can reshape contemporary art forward for the next two or three decades, it will die. The true test of this theory would be to leave Buergel and Noack in their posts for a further five years to test the viability of this policy extension. There may only be five years more, anyway, on the basis of the results in September. But will they do it?

It is true that, in terms of venues, none are ideal. There are the Fridericianum, Kassel's Neue Gallery, the documenta-halle (a 1960s hangar-like space) and the park pavilion recently erected (a misfit building amended to overcome immediate shortcomings). In the 1980s, Joseph Beuys side-stepped neatly into planting 7,000 oak trees in the park. 'Documenta', as Beuys realised, is vital to Kassel, a city pattern-bombed in the Second World War and with a 20% or so unemployment rate today. 'Documenta' in the 1970s and 1980s helped it find its soul again. The last 'Documenta', directed  by Okwui Enwezor of Nigeria, received 650,000 visitors. Now it is too important and too vulnerable to be subject to rendition by a director and curator running their own revisionist agenda that itself lunges at the very essence of art and culture. Among further notable gems, there springs up Trisha Brown's dramatic 'Floor of the Forest' (1970), the discrete discovery of a lone Gerhard Richter portrait (which, given its value today, probably ought to be locked up in the ancillary venue Schloss Wilhelmshöhe with the Rembrandts), and the Catalan chef Ferran Adria (this an inspired choice). Culinary art is usually what is missing, and can, in Adria's case, be fully sampled at his restaurant, El Bulli, in northern Catalonia, which has become an associated 'Documenta' adopted pavilion, welcoming 50 art lovers (it's some way to go). These are among the more notable highlights of a perplexing, fateful show. So what does the future beckon? Roger M Buergel is on record as saying:

I think 'Documenta' is closely tied to a certain concept of aesthetic education, which had to do with the German public facing its totalitarian trauma in the 1950s. I think that this element of having people - amateurs - dealing with art is still part of the investment of 'Documenta'. That is why the show can allow itself to be popular without becoming populous.

Tell that to the Royal Academy, wait for the response. You gotta do both, mate? 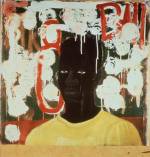