'Contemporary Clay: Japanese Ceramics for the New Century', on view at Japan Society in New York City, expands on a 2005 exhibit at the Museum of Fine Arts (MFA), Boston. Curated by Joe Earle and Matsutaro Shoriki, Chair, Department of Art of Asia, Oceania and Africa at the MFA, the earlier show drew exclusively from the collection of New Yorkers Halsey and Alice North.1 For Japan Society's exhibit, Earle borrowed pieces from museums and other private collections. In fact, Earle negotiated the loan of a key experimental piece of the post-war period, Yagi Kazuo's 'A Cloud Remembered' ('Kumo no kioku') from 1959. This is a rare treat for visitors, as the fragile piece is seldom on view. For Japan Society, its inclusion marks the first time the piece has been in its gallery since the society's 1993 'Modern Japanese Ceramics in American Collections' show.

Founded in 1907, Japan Society will soon celebrate its centennial anniversary. 'Contemporary Clay' is, perhaps, a fitting show to mark such an occasion, as the works reveal themes and contradictions that have impacted Japanese artists for decades, and brings the history of Japanese ceramics up to the present day. Japan's history is rooted in tradition, with respect for tradition a main feature of the arts. In Japanese society, art, craft and everyday life have mingled to such an extent that form and function seem inextricably linked. Historically, nearly all Japanese pottery was made with a utilitarian objective. Vessels for storage, tea and tableware, and ceremonial figures predominated. Divorced from function, ceramic production did not have a precedent for post-war artists. But like Japanese people in general at the close of World War II, artists were shaken and began to question the place - if, indeed, there was a place - of tradition in their lives. Still, the notion of craftsman as creative artist remained strong throughout society.

Ceramic production in Japan dates back to prehistoric times. Over time, more advanced techniques from China and Korea were introduced but Japanese pottery retained a characteristic simplicity and catered to a taste for natural shapes and colours, and delicate forms. Major centres of ceramic production were established during the Kamakura period (1192-1333) at Bizen, Echizen, Seto, Shigaraki, Tamba and Tokoname, the so-called 'six old kilns'. By the later 16th century, Japanese potters had earned great reputations and, unlike their peers elsewhere, could achieve celebrity status. Family workshops thrived on commissions from tea masters, wealthy patrons and government officials, and young potters were content to continue the work of their ancestors.

After World War II, traditional pottery centres experienced a boom as the government sought to strengthen the national economy by exporting products desirable to a global market. New priorities for efficient production methods and quality energised the ceramics industry; young people studied techniques at schools and fine artists embraced ceramics as a medium. Finally, the fixed notion of form tied to function began to erode. Rather than work in home workshops, many young potters left to explore the viability of their visions. Some joined such avant-garde ceramic groups as Sodeisha (the 'Society of Running Mud'), whose artists pioneered radical ideas of creative autonomy. There was a revolution in the arts, yet Japanese artists did not cast off tradition but explored beyond traditional boundaries. They recognised that techniques developed over centuries were valuable, as were influences from outside previously isolated Japan.

'Contemporary Clay' unfolds in six small sections: 'Pioneers'; 'Revisiting Old Kilns'; 'Natural Forms'; 'Porcelain Transformed'; 'Individual Voices'; and 'Celebrating Clay'. The divisions are helpful, but given the limited number of examples, visitors will want to seek out more examples by the artists shown to understand how the themes mentioned in the wall text have been developed in their works.

'Pioneers' contains works by those who broke from form - and the potter's wheel - altogether to create ceramic sculpture. Here is Yagi's 'A Cloud Remembered' (unglazed stoneware), a masterful example of craftsmanship and artistry. Set atop a wooden rectangular base, the circles, accented by pointed triangular cones, exist as a perfect balance of sculptural forms. The balance achieved is firm yet fragile, suggesting that resting upon centuries of tradition is the fate of a world set adrift. The sculpture seems weightless and, by contrast, could suggest some relief from the weight of tradition. Without balance, neither can function within post-war realities. Yagi (1918-79) led Sodeisha, which he founded in 1948 with Suzuki Osamu (1926-2001) and Yamada Hikaru (1923-2001).

Tsujimura Shiro's (b.1947) stoneware Iga-ware 'Flower Basin with Natural Glaze' (Iga shizen 'yu hanaire, 2005) appears in the next section. This elegant structure was carved from a solid block of clay. It resembles a small pool carved into rock naturally over time and contains embedded leaf forms. Tsujimura is known for unconventional means and techniques: he uses fuel oil to raise kiln temperatures to firing level and long fish knives to carve surfaces, and has buried a piece for ten years after it was fired to achieve a desired effect. The artist is also known for making chadogu (tea utensils, literally 'Way of Tea'), a more traditional aspect of his work.

The 'Natural Forms' section is a lovely evocation, within a skyscraper-heavy city, of nature's healing capacity. The surface of 'Natural Forms' (b.1943) stoneware 'Shell Vessel '04' ('Kai Futamono '04', 2004) has shell-like ribbing created as the artist applied multiple layers of clay and then added two coats of glaze. Working within a male-dominated medium, Koike has made her mark by embracing the contradictions within her situation. Her forms are simultaneously sturdy and organic, yet somehow ethereal and sensual.

Nagae Shigekazu's (b.1953) 'Sliced Form '05' ('Sogu katachi' '05', 2005) redefines porcelain with its eggshell-like texture. The artist comes from a long line of potters, based in the ancient ceramic centre of Seto. He creates delicate curved forms with ikomi moulds and seeks an unpredictable rather than controlled process. Historically, control of the end product was pursued by potters to ensure their strict standards. Nagae represents a generation more comfortable with 'accidents' resulting from the firing process.

Four 'Individual Voices' are shown in the following section: Wada Morihiro (b.1944), who uses wax resist and engraving to decorate stoneware; Koie Ryoji (b.1938), who seems to have no limitations on what he creates, from traditional tea wares to works decorated with anti-nuclear slogans; Matsuda Yuriko (b.1943), whose startling imagery includes body parts; and Mishima Kimiyo (b.1932), who plays with trompe l'oeil on her high-fired stoneware sculptures.

In the final section, Earle selected works that reveal international influences. The backgrounds of the artists are varied, some having studied with Sodeisha artists and others trained at home and overseas. Here are representatives of contemporary Japan, a mix of tradition and modernity functioning within a truly global society. With so many techniques and tools at their disposal, their works are, indeed, diverse. From Kyubey Kiyomizu's (1922-2006) 'Unit #89-8' (stoneware, 1989), which could be described as a postmodern version of an old-fashioned clothes iron, to Katsumata Chieko's (b.1950) 'Flower' (stoneware, 2005), these works indicate what may come in the next decades. Katsumata's stoneware sculptures have a primordial energy and seem alive. Shaped similarly to coral and other natural forms from earth and sea, her pieces beg to be touched. (Viewing them outside of glass cases may well prove to be frustrating!) Flower displays the artist's interest in ancient artefacts and how she joins her very modern sensibilities to treasures from the past. Like all of the exhibited artists, Katsumata herself stands as a bridge between tradition and innovation, and a creator of Japanese ceramics for a new century.

'Contemporary Clay: Japanese Ceramics for the New Century' opened at Japan Society on 29 September 2006 and closes on 21 January 2007. The catalogue was produced for the collection shown at the Museum of Fine Arts Boston. Japan Society has also produced a checklist of additional works on view in New York.

Reference
1. Halsey and Alice North made their first trip to Japan in 1986. Since then, they have worked on four ceramic tours to Japan for Japan Society. For more information on the Norths, go to: www.northgroup.biz/ceramics (last accessed 14 November 2006). 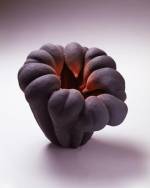 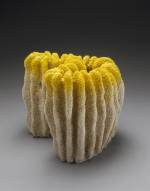 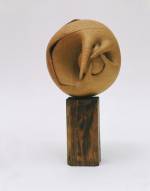 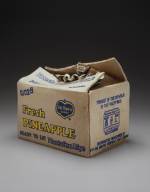 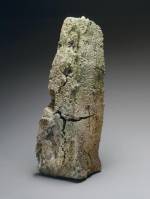