Cheng Ran: Diary of a Madman

Cheng Ran: Diary of a Madman

For his first solo US exhibition, the Chinese artist presents his view of New York through a multimedia installation. It's a fascinating insight into the city seen through the eyes of a stranger 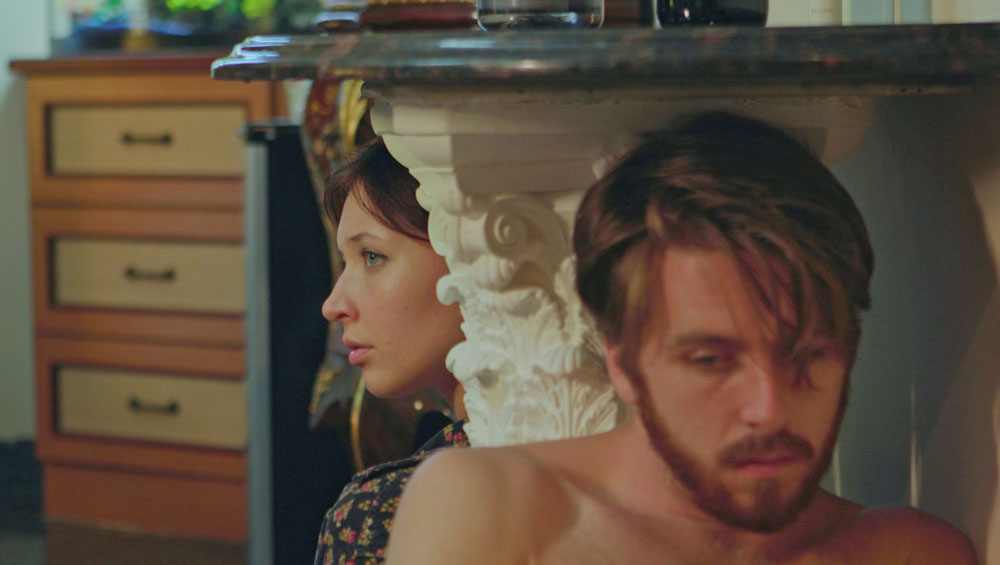 Marking the culmination of a three-month residency at the New Museum in New York, Cheng Ran’s multivideo installation Diary of a Madman explores the city through 15 vignettes, which are played on screens hung at varying heights throughout the narrow gallery space in the museum’s lobby. The installation takes its title from Lu Xun’s 1918 short story, which used the diary form to present the thoughts of a madman who believes the people in his village, and even his family, may be cannibals. While cannibalism does not come into play in Cheng’s installation, much like the madman who lives on the margins of society, the artist has approached New York from the position of a paranoid outsider, as a stranger, encountering and documenting the uncelebrated and obscure aspects of the city. Beautifully shot, the videos include imagery from the artist’s early morning walks and from his trips to the edges of New York, from Staten Island Bay to an abandoned psychiatric hospital on Long Island to an obscure music venue in Bushwick, Brooklyn.

Born in 1981 in Inner Mongolia, Cheng studied painting at the China Academy of Art in Hangzhou, where he now lives and works. Beginning in 2003, he spent five years as a studio assistant to Chinese video artist Yang Fudong, helping to create Yang’s Seven Intellectuals in a Bamboo Forest (2003-7), in which he also appears as an actor. It was from Yang that Cheng learned about the potential of the medium of video, and much of the exquisite cinematography and evocation of psychological mode found in Cheng’s pieces are clearly inherited from his mentor. Cheng’s earliest video works, shot entirely within the confines of his apartment, provide a compelling look at the mundane aspects of his immediate personal environment. This engagement with the personal is central to the different videos on view at the New Museum, each of which adopts the form of a diary in different ways. The first two vignettes – The Oyster and The Air Conditioner – play out a perhaps coincidental duet between the bizarre and the mundane. In The Oyster, the camera focuses an open oyster shell resting on the railing of a fire escape at night. Nothing happens over the course of the short video. The camera remains fixed and motionless on its immobile subject, the contents of which are laid bare to the exposure of the elements. The Air Conditioner is equally simple: it begins with a slightly out-of-focus shot of metal blinds swaying with the breeze from an air conditioner. As the video progresses, the camera pulls out to reveal the full window frame with lowered blinds and cooling unit. Unspectacular and plain, it presents a well-known image of the interior of many hundreds of city apartments, the insides of which are barely sheltered from the bright light and heat of the oppressive summer weather. As a pair, the videos juxtapose the binaries of inside/outside and exposed/protected, but without comment. They just display clear visual fact in an absurd scene and an everyday one.

In The Bridge, a young black man traverses a red bridge, while defiantly repeating: “I do not turn around.” Here, narration creates tension and confusion. We never know whom the man is speaking to, or what he is reacting to, or even where he is going. For all the videos with dialogue, Cheng provides subtitles in Mandarin and English. At first glance, the subtitles appear simply to be supplemental, providing the viewer with guidance – especially when American actors have been asked to relate their lines in Mandarin (as sometimes is the case). But in The Bridge, the subtitles play an active role in heightening our frustration: the dual translation seems to provide us with a wealth of clear information, but in the end we still have the same questions and the overall sense of defiant paranoia is only heightened.

The most compelling video vignette is The Self-Portrait. Like so many historical artist portraits, the focus is on a pair of hands, the tools of creative expression. Yet these hands are not actively creating anything. Instead, they cup an inky liquid that reflects the cityscape at night. The liquid and city seep through the fingers and out of the palms that try to contain it, perhaps suggesting the impossibility of capturing an image. Though we are not left with a sense of futility. As the hands move, the liquid moves with and out of them in a mesmerising dance that draws attention to the interaction of body and city and intriguingly evokes the process of defining the self through one’s relationship with place. But this relationship is mutable and uneven, the hands are larger than the city reflected in them and both are in constant motion, an honest comment on our engagement with the environments that surround us.