Kotwall, a senior member of the K11 Art Foundation, talks about the ethos and goals of the organisation, which seeks to promote young Chinese artists, open up cross-cultural dialogues, and make art more accessible to the Chinese public 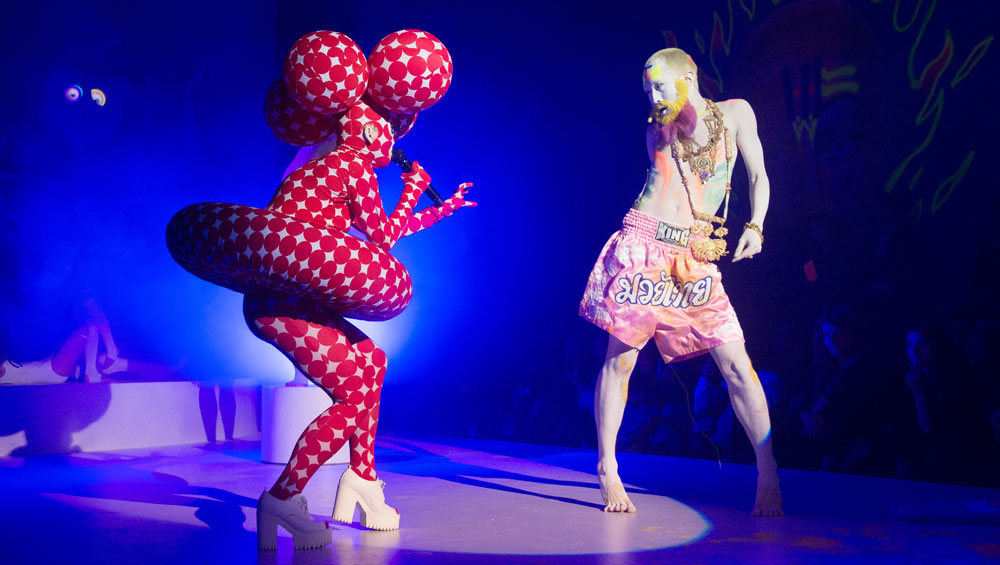 The third-generation heir of one of China’s most influential business families, Adrian Cheng set up the K11 Art Foundation (KAF) in 2010 when he realised the talent of some of the young artists working in Beijing at the time. With the goal of incubating and promoting their potential, as well as bringing big name western artists to China, the foundation has gone from strength to strength, and now has international collaborations with, among others, the Fundació Gala-Salvador Dalí, the Centre Pompidou, the Palais de Tokyo, the Metropolitan Museum and the Serpentine Galleries and ICA in London. The K11 art mall in Shanghai is claimed to be the world’s first art mall. Cheng is said to have spent HK$20m (£1.98m) placing numerous artworks – mostly by local artists – on each floor. The venue also has 19 exhibition panels in a museum in the basement, where exhibitions change every three months. An art village and an associated artist exchange programme are further aspects of the non-profit foundation.

Studio International met with Douglas Kotwall, a senior member of the foundation, to find out more.

Anna McNay: Perhaps we could start with you telling me a bit about what exactly the K11 Art Foundation (KAF) is, and when, why and by whom it was set up?

Douglas Kotwall: The K11 Art Foundation was founded by Adrian Cheng in 2010. The mission for the foundation is very clear – we want to incubate young, contemporary Chinese artists and curators, and also introduce a public art education project, making it democratised and more accessible to the general public, especially in China. That was the really simple, direct mission when we first started. Then, over the past six years, we have been working with a lot of artists and a lot of partners as well, to promote and facilitate contemporary Chinese art all around the world.  Partners such as Palais de Tokyo, the Centre Pompidou, the ICA, and also, coming up, the New Museum in New York, where we’ll be having a residency with an artist called Cheng Ran very soon. We are also opening a small show by him at the New Museum in October.

You saw the show by Guan Xiao at the ICA, but, before that, we also did one there with Zhang Ding. The basic idea is, again, to bring Chinese artists to a more international platform, making it more accessible, making them and the work more visible to the international, global audience. But, at the same time, we’re also bringing back these shows, plus other great artists from all around the world, to China. We’re always having this cross-cultural dialogue; pollination between different cultures. That’s the main idea of having the foundation.

We also have what we call an “art village” in the city of Wuhan, which is in a very central part of China. We have 11 studios where younger artists can apply each year, and they can take up the space and do their work there on an annual basis. That is more for young graduates. These artists don’t otherwise have the resources to rent space to do their work. What we try to do is provide not only studio space, but also some support so that they can start their career as an artist. We also have an exhibition space in the art village, where we can do a yearly show for the residents.
For artists who are slightly more established, in their mid-career, we want to bring them to a global audience, so that’s why we have the partnerships I mentioned already.

AMc: Why do you think it is that Chinese contemporary art is so visible and popular across the globe at the moment?

DK: I think there are many good answers to this question. First, of course, Chinese artists are producing very good work. They are actually coming very close to speaking a more international language, so to speak. Take Guan Xiao, for example. Her work could have been done by any young, contemporary artist from around the world. But why do I think people are so interested right now? I think that very much has to do with China. In general, the interest is in China – not only in art, but everything else. I think it’s more related to development.

AMc: At the other end of the scale, how receptive is the Chinese public to contemporary art?

DK: They are very interested. I’m from Hong Kong. When you compare the Hong Kong crowd with the mainland crowd, I think the mainland Chinese are even more into this whole contemporary art thing. The Chinese in general are culturally more interested, and they are fascinated by things, especially outside China. Just like all the big shows that we did in the K11 space in Shanghai. We did a Monet early in 2014, we did Dalí and surrealism and then contemporary Chinese art last year. We’ve actually just opened a show of fashion and contemporary Chinese art. People come in and they’re very inquisitive; they ask a lot of questions – the right questions. They really want to understand more. They are really interested to learn more about art in general.

AMc: That’s great. Those exhibitions you just mentioned, were they held in the museum in the basement of the art mall?

AMc: Can you tell me a little bit about the art mall and what the idea behind that is?

DK: The art mall is more a museum retail kind of concept. The business model is really about blending art and commerce. We’re trying to provide our customers and visitors with a holistic experience of what we call “museum retail”. Imagine a blown-up MoMA, for example. You can go to the museum, but you also have the MoMA store. I think it’s the same idea.

The shops that we have in the Shanghai space are all designer brands, but also art shops. We have a design store. It’s a very different experience for the visitors as well.  For the Chinese, it’s not a habit for them to visit museums and galleries. When I was saying that they are very interested in learning more about art, it’s not yet a habit for them to go these places. So,what we are trying to do is bring these great exhibitions and this great content to the public, making it more accessible. They can hang out and go to a show, and they can spend some time in the retail space. That sort of a model actually helps the business line as well. The content brings in new visitors and new customers, while K11 supports the non-profit art foundation with part of the revenue. That’s been a really good model for us in the past, so it works very well for the Shanghai market.

AMc: Am I right in thinking there’s an art mall in Hong Kong, as well?

DK: Yes, there’s one in Hong Kong as well. But the one in Hong Kong is more design-focused; the Hong Kong market is slightly different. You still need to groom the audience here. I think it will be a good thing when M+ [a new museum of visual culture now being built in Hong Kong] is in place. People will get closer to art.

AMc: Do you think the public is more interested in seeing work by contemporary Chinese artists or big shows of western art stars, such as Monet and Dalí?

DK: I think they love both. What we’re trying to do in the space is open up some form of cross-cultural dialogue between artists from China and artists from overseas. We like to host parallel shows so that, when people come in, they are not only able to see the work of contemporary Chinese artists but also quality works by international artists.

AMc: You also have an Associated Artist Exchange Programme. What does that entail?

DK: The exchange is really about having international artists coming into the art village and staying for a residency for maybe three months. Sometimes, we also send our artists overseas. As I mentioned, we are sending Cheng Ran to do a three-month residency at the New Museum in New York and then his show will be opening there in October.

AMc: How is the foundation funded? You mentioned that some of the money comes back in from the malls, but it’s all non-profit.

DK: Yes, the K11 Art Foundation is all non-profit. What I was trying to say is that the art foundation is creating exhibitions and shows for the space in K11 Shanghai, where it helps to draw in more visitors and therefore more customers to the space. So, at the same time, while they can enjoy quality exhibitions and shows, they also help to boost the sales and commercial activities within the museum retail space.

AMc: Is the entrance into the museum itself free?

AMc: So that helps a little.

DK: Yes, but you can imagine doing a Dalí or a Monet exhibition. The insurance alone costs a fortune, so ticketing only covers some of the expenses that are incurred through the shows.

AMc: Yes, of course. Can you tell me a bit about Adrian Cheng and what led him to set up the foundation?

DK: Well, to start with, he has always been a big fan of art in general. He didn’t take professional training as an artist, but he’s always been very interested in the humanities. He did East Asian studies at Harvard and was trained as a tenor when he was young. Then he spent time in Kyoto, Japan, studying Japanese culture and performing arts.

He came up with the idea of having this art foundation when he was working in Beijing. He met many of the local artists and wanted to do something to help them get their work seen outside of China. That was the idea of the foundation from the very beginning: incubating young artists and curators and promoting Chinese contemporary art.

He is the third-generation heir of one of China’s most influential business families. His family runs a jewellery business, which is 87 years old with 2,300 stores in greater China and Asia. He is executive vice-chairman at New World Development in Hong Kong. So he sees himself as an art patron and art collector.

DK: I really don’t want to pick one, but I think Cheng Ran would be a good example of how we support Chinese artists. He did a projection for the Palais de Tokyo opening in October 2014, and we supported him in producing a nine-hour film, which was premiered at the Istanbul Biennial in 2015. Throughout these two years, he was seen more at museums and exhibitions. And now he is doing the residency with the New Museum. So it’s like a work in progress and we work and grow together with artists that we think have the potential.

• For more information on the K11 Art Foundation, click here. 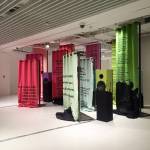 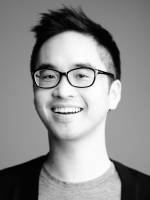