Cecilia Brunson: ‘In the case of Willys de Castro, it’s also a perceptual and mental game’

Cecilia Brunson: ‘In the case of Willys de Castro, it’s also a perceptual and mental game’

The Latin American art dealer explains the ethos of her Bermondsey gallery and the importance of the Brazilian neo-concrete artist, Willys de Castro

Cecilia Brunson (b1972, Santiago de Chile) set up her gallery space in Bermondsey, south London, in September 2014, and focuses her exhibitions on Latin American artists who have been successful at home and in the US but remain little known in the UK and Europe. Willys de Castro (1926-88) is a perfect example, being pivotal in the neo-concrete movement of the 1950s and 60s, but never having had a solo show in London.

The exhibition is entitled From Paintings to Objects, 1950-65, and the works on show demonstrate de Castro’s transition between paintings and sketches and his so-called Objetos Ativos, or Active Objects series, through which he sought to create a participatory viewer, who would engage both physically and phenomenologically with his works, moving around them and experiencing them as objects.

The exhibition is part of a series, Perspectives of Modern and Contemporary Art from Brazil, by Cecilia Brunson Projects in collaboration with Almeida e Dale Gallery in São Paulo, which aims to highlight the contribution of Brazilian artists to 20th-century art. De Castro follows in the footsteps of Claudio Tozzi and Alfredo Volpi shown earlier this year.

Brunson spoke to Studio International about de Castro’s legacy, the significance of hosting a show of his works right now, and her hopes for the series and her gallery as a whole. 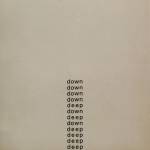 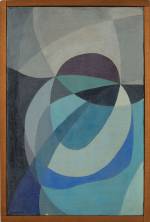 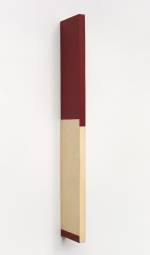