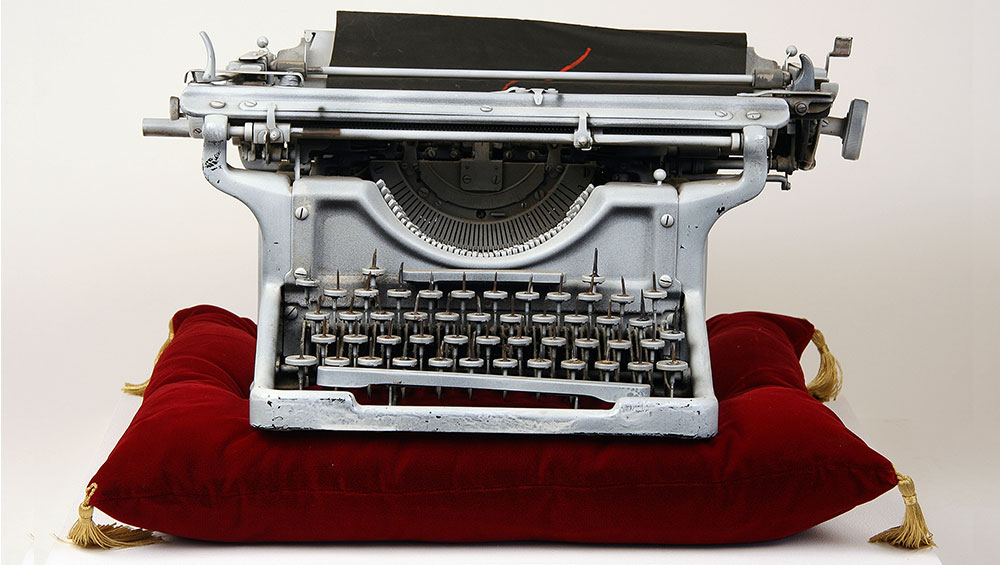 Conroy Maddox, Onanistic Typewriter I, 1940, Photo: The Murray Family Collection (UK & USA). Given with the kind permission of the artist’s daughter.

Dulwich Picture Gallery, London
26 February – 17 May 2020 (Currently closed until further notice due to the threat of Covid-19)

In true surrealist style, Salvador Dalí was delivering a lecture in a deep-sea diving suit when he nearly suffocated. It was 1936 and the Spanish painter was speaking in London on the occasion of the International Surrealist Exhibition at the New Burlington Galleries, where his paintings were hanging alongside works by continental luminaries including Max Ernst, René Magritte, Joan Miró, Man Ray and Pablo Picasso. With Dalí’s antics overshadowing the memory of the show, it is easy to forget that it also featured a strong contingent of British artists. Their work is up for reappraisal at Dulwich Picture Gallery in this long overdue survey of the British contribution to the surrealist movement.

Ithell Colquhoun, The Pine Family, 1940. Photo: The Israel Museum, Jerusalem, © Samaritans, Spire Healthcare, and by kind permission of the Noise of Abatement Society.

The exhibition begins, aptly, with Paul Nash’s Opening (1930-31), a tantalising painting in which an empty beach is glimpsed through an assembled mass of partially open doors and apertures. It is joined by a raft of similarly oneiric works under the heading The Interpretation of Dreams, referencing the surrealists’ fascination with the subconscious. 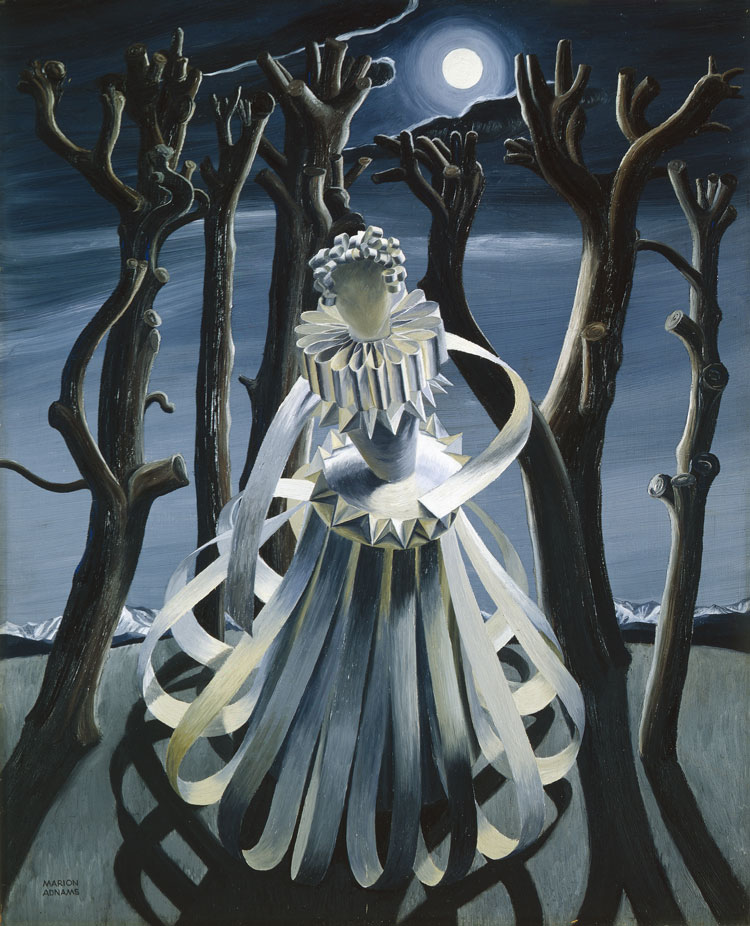 The theme continues with the uncanny moonlit scene L’infante Égarée (1944) by Marion Adnams, which shows a doll-like woman, seemingly made from paper, surrounded by gnarled, leafless trees. Elsewhere, dream interpretation is directly in view with Edith Rimmington’s The Oneiroscopist (1947), though what this macabre bird-man represents is anyone’s guess. Intriguingly, a diving suit lies at its feet, perhaps a nod to Dalí’s ill-fated stunt a decade earlier. 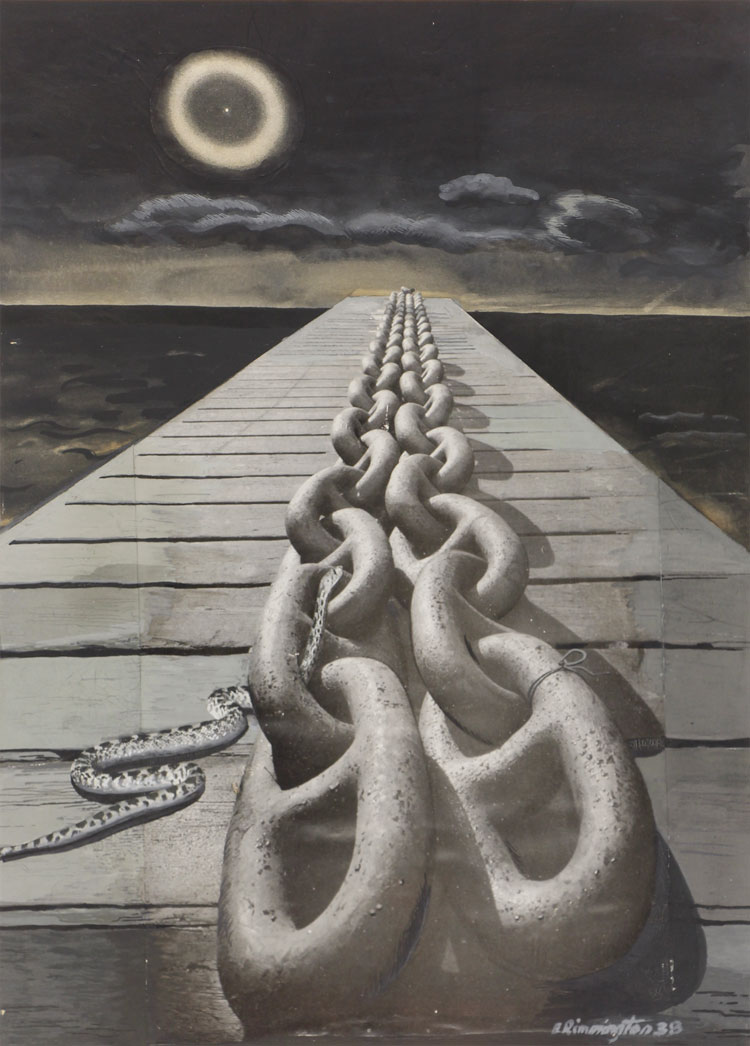 Writing in the March 1937 issue of Signature magazine, Nash opined: “Surrealism, in almost every form is a native of Britain.” The proposition that surrealism pre-dates Apollinaire’s coining of the word in 1917 is reflected here by the work of artists and writers labelled “ancestors of surrealism”, including Henry Fuseli, Jonathan Swift and William Blake. Fuseli’s gothic masterpiece The Nightmare (1781), which shows a gruesome demon sitting on top of a sleeping woman, strongly appealed to the surrealists’ interest in dreams.

Displayed in vitrines throughout the show are various literary works that reflect a surrealist sensibility. Obvious choices such as Lewis Carroll’s Alice books and Edward Lear’s nonsense poetry are juxtaposed with intriguing selections, including Doctor Faustus by Christopher Marlowe and The Rime of the Ancient Mariner by Samuel Taylor Coleridge. All these serve to show that the subversive qualities and absurdities of surrealism were present in British literature long before André Breton penned his Surrealist Manifesto in 1924. Leonora Carrington drew much inspiration from Carroll, along with childhood memories of folk tales, Celtic mythology and alchemy. These influences coalesce in the penetrating strangeness of The Old Maids (1947), which demonstrates why she was considered one of the most significant British surrealists. 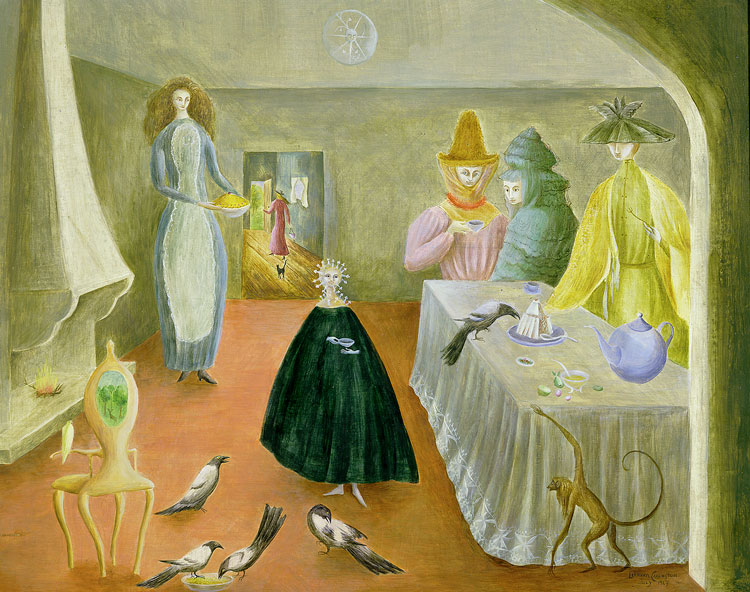 The show is divided into themes, but these are so general – “automatism and the subconscious”, “forbidden desires”, “the irrational and the impossible”– that they serve little purpose. While many works could make sense under several headings, others suggest alternative themes that emerge as you navigate the gallery. War crops up in more than one room, most strikingly with Nash’s bleak canvas We Are Making a New World (1918). The presence of this painting showing the devastated landscape of the western front is a stark reminder that surrealism, like Dada, emerged from the horrifying irrationality of the first world war. The second world war similarly inspired extraordinary works, such as Edward Burra’s Blue Baby, Blitz Over Britain (1941), which imagines the Nazi threat as a hideous blue monster hovering over a smouldering, war-torn landscape. Most ghastly of all is Sam Haile’s prescient watercolour Hitler Must Be Overcome (1939), with its entrails and brains spilling from corpses.

Another intriguing sub-genre is best described as “abstract-surrealist”, a term that was applied to Paule Vézelay’s paintings in the 1930s. Although the simple organic shapes of Three Forms on Pink and Brown (1936) suggest fruit and vegetables, Vézelay insisted her images were wholly invented. Another artist in this category is John Tunnard, whose Magnetic Field (1945) comprises an amalgamation of organic-looking forms, geometric shapes and diagrammatic lines floating in an undefined space. Biomorphic imagery also appears in Drawing for a Relief (1936) by the Welsh artist Ceri Richards. Though recalling Miró’s distinctive vocabulary, the black-and-white drawing stops short of being derivative, unlike several of the show’s figurative paintings. 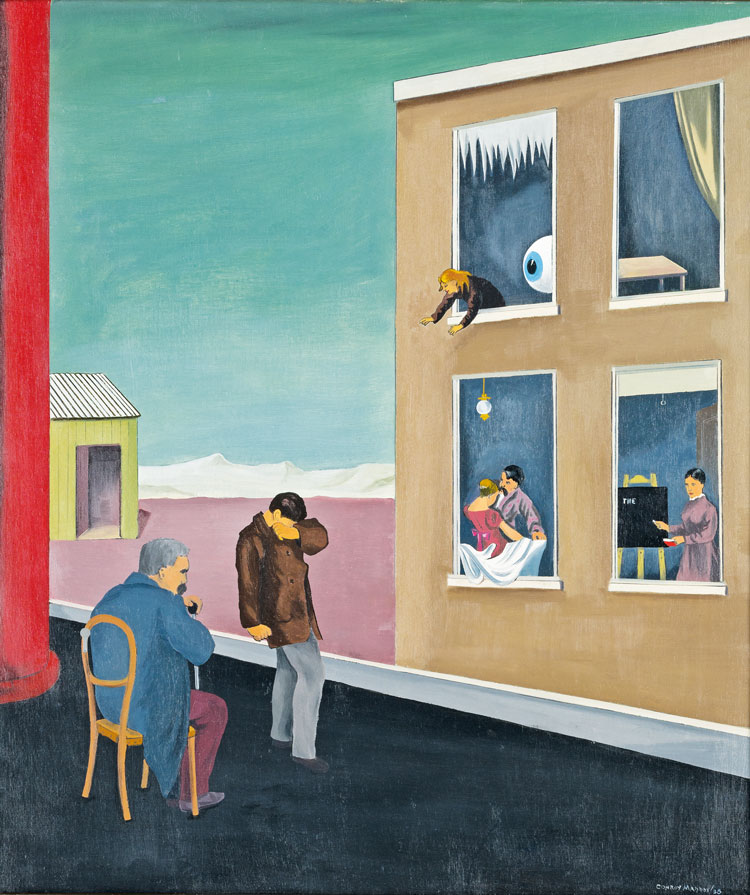 Conroy Maddox, The Lesson, 1938/1970. © Christie’s Images Limited, Given with the kind permission of the artist’s daughter.

European surrealists such as Dalí and Magritte cast a long shadow here. Strange objects lying on beaches appear in Tristram Hillier’s and John Armstrong’s paintings, while Conroy Maddox could not resist an enigmatic bowler-hatted figure. Roland Penrose’s Night and Day (1937) is a badly painted Magritian pastiche, showing a woman’s body transformed into a landscape. Penrose eventually acknowledged his inadequacies and abandoned painting altogether. Nevertheless, his influence on art in Britain was significant. After co-organising the 1936 International Surrealist Exhibition with David Gascoyne, he founded the London Gallery, which became the centre of surrealist activity in Britain. Indeed, without his enthusiastic patronage, this exhibition would be significantly poorer.

The show is not without its missteps, however. Richard Dadd’s watercolour sketch A Hermit (1853) is a baffling inclusion. The artist was incarcerated in London’s notorious Bethlem Hospital in 1844 after murdering his father in “a fit of insanity”, but this picture of an ascetic sage contemplating mortality in the desert reveals nothing of the mental delirium that so fascinated the surrealists. Elsewhere, the exhibition embraces the irrational a little too enthusiastically. Take Frederick Edward McWilliam’s Spanish Head (1938-39). This Picasso-influenced stone sculpture, with its fierce teeth and single, piercing eye, is shown alone in an alcove, inexplicably bathed in a creepy green light.

Surrealism was a patchy movement, particularly so in Britain. But despite its share of mediocrity, British surrealism teases out some fascinating connections between artists and writers across the years in a way that Breton would certainly have approved of. The eminent critic Herbert Read, who became surrealism’s leading intellectual advocate in Britain, summed it up well when he wrote in the introduction to Faber and Faber’s 1936 anthology of surrealism that the British contribution to the movement’s “strength and validity can only be shown by tracing its sources in the native tradition of our art and literature”. In running with his advice, British Surrealism is a marvellous reminder that the surrealist spirit was alive and well in Britain long before Dalí and his fellow travellers visited these shores. 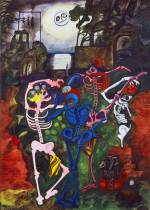 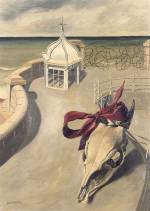