Beyond the Brotherhood: The Pre-Raphaelite Legacy

Beyond the Brotherhood: The Pre-Raphaelite Legacy

This is an ambitious exhibition that examines the legacy of the Pre-Raphaelite Brotherhood in Britain from the 1840s to the first world war and beyond, but though it is sometimes intriguing it does not live up to its promise 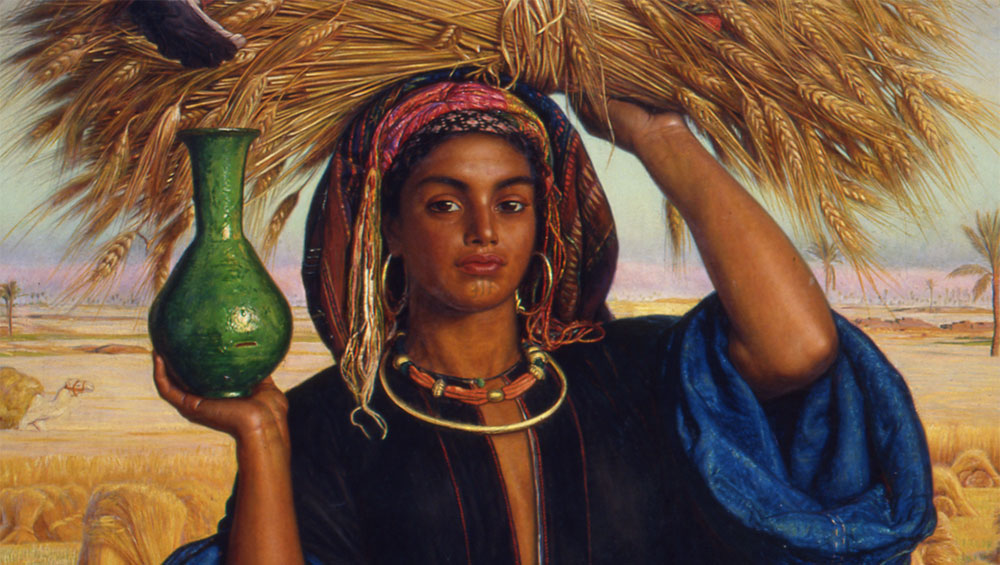 In 2012, Tate Britain’s exhibition Pre-Raphaelites: Victorian Avant-Garde sought to frame the Pre-Raphaelite Brotherhood (PRB) as trailblazers – artists who self-consciously overturned academic conventions and revitalised British painting. This contradicted the received view, in which the core PRB artists – William Holman Hunt (1827-1910), John Everett Millais (1829-96) and Dante Gabriel Rossetti (1828-82) – represent a soft romanticism and a retreat into a mythical English past rather than a dynamic modern art movement. The exhibition’s curators, Alison Smith and Jason Rosenfeld, argued that the international influence of the PRB was, in fact, significant, penetrating the consciousness of artists in Europe and America. It is an assertion that has yet to be properly examined. At Southampton City Art Gallery, Beyond the Brotherhood is an ambitious exhibition that attempts to build on Tate’s blockbuster by examining the PRB’s legacy in Britain, tracing it from the 1840s up to the first world war and beyond. However, the path it follows is less progressive than one might hope. 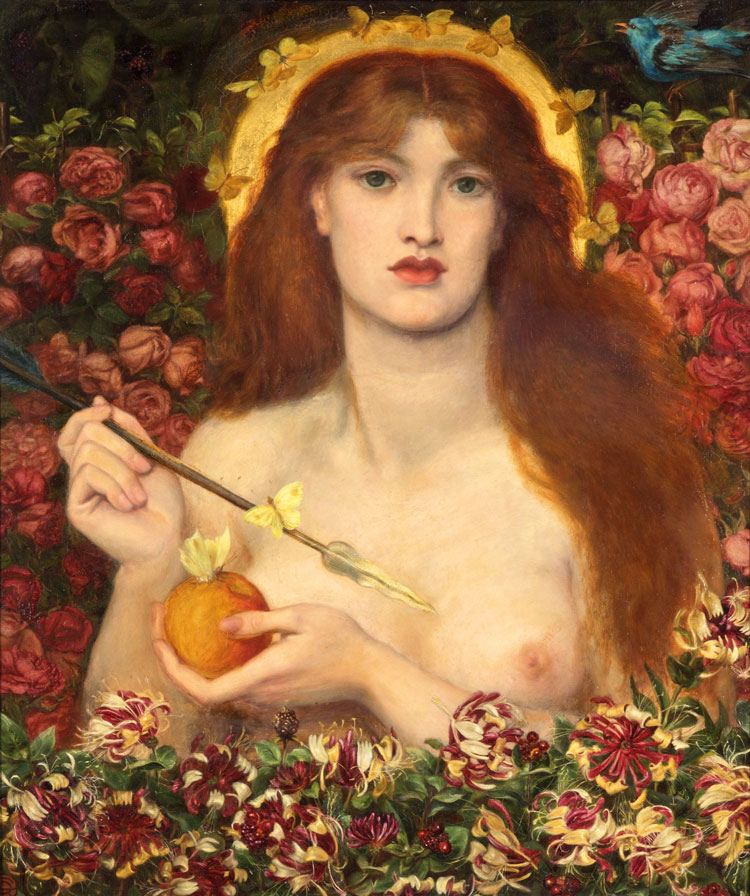 Several of the PRB’s core values and their manifestation in the work of others are explored in the first room. Under the heading Lovers, for instance, is Byam Shaw’s Silent Noon (1894), which blends Rossetti’s medievalism with Millais’ naturalist detail. Also here is Rossetti’s Venus Verticordia (1864-68), a portrayal of the goddess Venus modelled by Alexa Wilding, one of Rossetti’s favourite muses. In a section exploring symbolism is Holman Hunt’s The Afterglow in Egypt (1854), a full-length portrait of a young Egyptian woman carrying a wheat sheaf and an elegant green vessel. Hunt’s aim was to capture the spirit of ancient Egypt, though his contemporaries saw the figure as a fertility goddess. The influence of Arthurian legend is addressed by Walter Crane’s series of fastidious watercolours for Henry Gilbert’s children’s book King Arthur’s Knights (1911). Elsewhere, the reverence for Shakespeare is represented by Frank Dicksee’s Romeo and Juliet (1884), a nauseatingly sentimental vision of the star-crossed lovers. 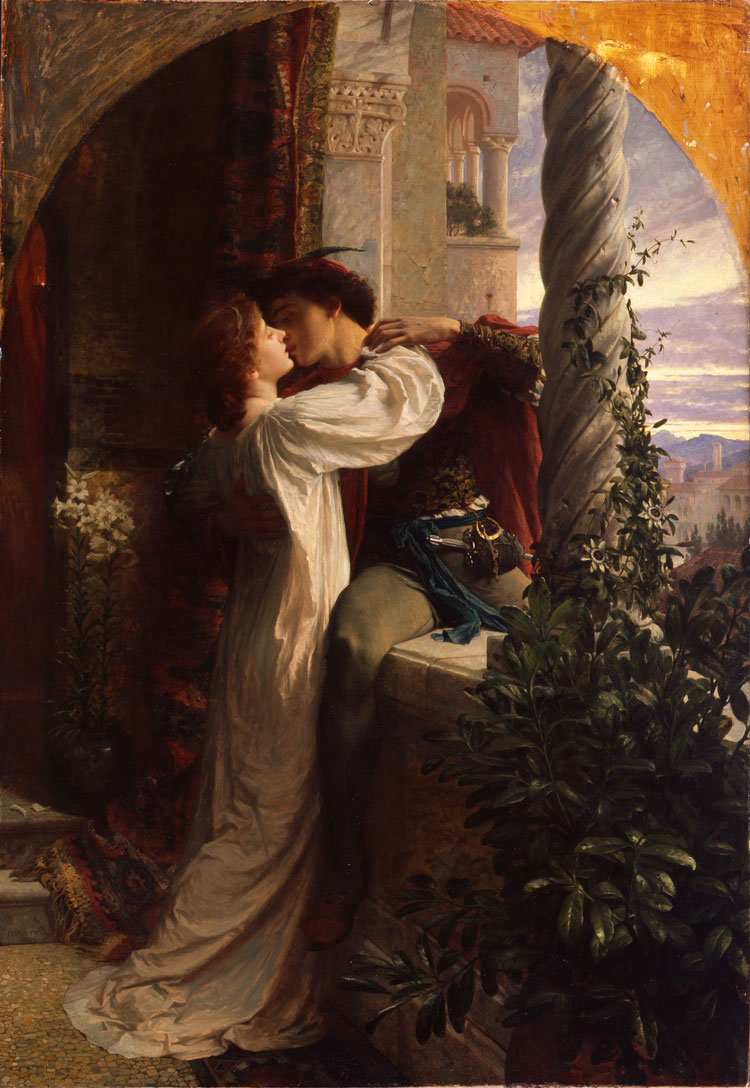 By the late 1870s, pre-Raphaelitism had become fully accepted by the establishment. At this time there emerged “academic” pre-Raphaelites, who mingled the Academy’s standards with the PRB’s poetic values. A raft of these technically proficient yet staid canvases are displayed in the second room, although far more engaging is the section dedicated to the work of the women associated with pre-Raphaelitism. Of course, with the Pre-Raphaelite Sisters exhibition now showing at the National Portrait Gallery, this selection is limited. A highlight is Louise Jopling’s Phyllis (1883), which shows the influence of Edward Burne-Jones and depicts the same tale from Ovid’s Heroides as his Phyllis and Demophoön (1870). Jopling portrays the protagonist as strong and determined as she emerges from a flowering almond tree. Another notable inclusion is an exquisite 1891 self-portrait in pencil by Violet Manners, posing in the style of a sultry Rossetti “stunner”. Conversely, Noel Laura Nisbet’s florid watercolours, inspired by medieval pageantry, are overworked and ugly, while Elfreda Beaumont’s I Had A Little Nut Tree (1941) takes children’s nursery rhymes as its theme – a piece of saccharine fantasy, painted while the world was going to war.

Beaumont is one of several artists to have worked in tempera, a technique barely used in Britain since the Renaissance until it was revived by the Birmingham Group in the late-19th century. Pigment is mixed with a water-soluble binder – typically egg yolk – to form a quick-drying, durable medium. Among several adept examples is Joseph Edward Southall’s At the Well of Samaria (1935), which shows strong pre-Raphaelite influences with its biblical theme and medieval stylings. Elsewhere, from the same year, is John Downton’s enigmatic portrait of a young schoolgirl, Nora Russell (1935), whose piercing eyes are framed by her large green overcoat, hat and pinafore. Downton’s work, like Southall’s, was anything but avant garde. It looked back to the quattrocento masters for inspiration, just as the PRB had done nearly a century earlier. Indeed, these painters were out of step with their era, reviving tradition when, all around them, progressive artists were tearing it down. 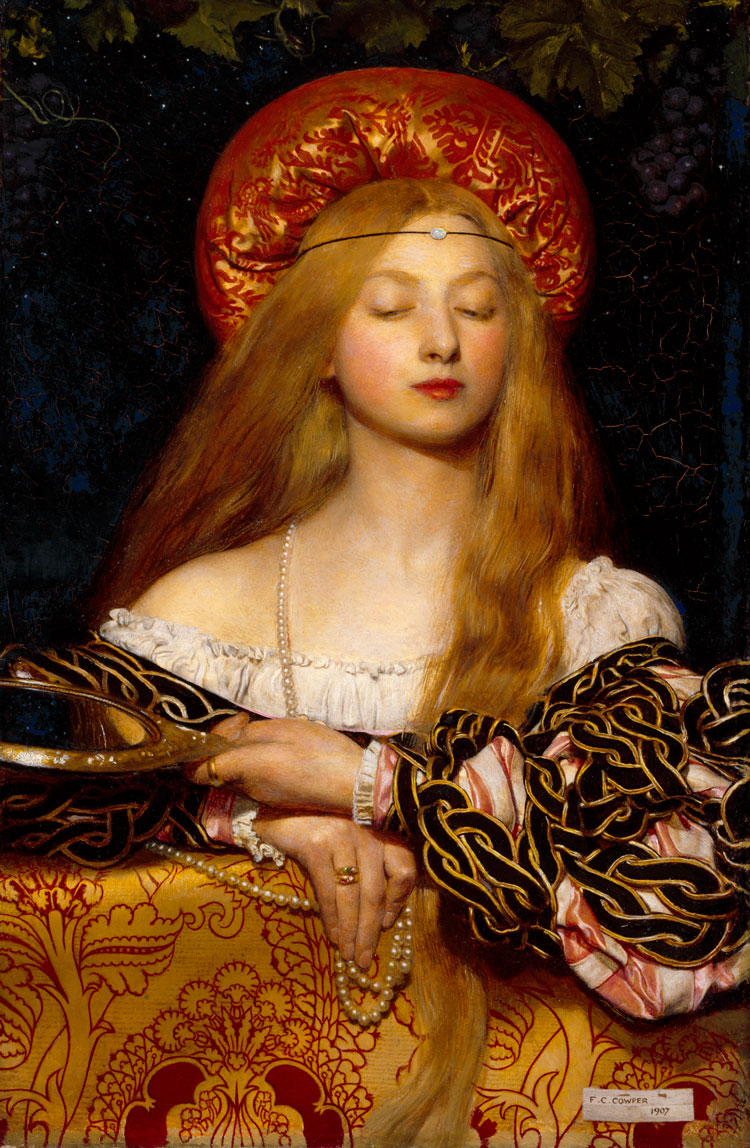 Another group looking to the past was the Brotherhood of Ruralists. Exhibiting together between 1975 and 2007, the movement originally centred around Peter Blake, who left early on. Self-consciously styling themselves after the pre-Raphaelites, the Ruralists aimed to revive the tradition of painting romantic subjects in idyllic rural settings. Millais’ Ophelia was a significant influence, as were the visionary landscapes of Samuel Palmer and John Tenniel’s illustrations for Lewis Carroll’s Alice books. Painted in an illustrative style, David Inshaw’s River Bank (Ophelia, 1980) shows Ophelia’s body being found by Queen Gertrude. Hanging nearby are a couple of mildly disturbing images of Humpty Dumpty taken from Blake’s Alice Through the Looking-Glass portfolio (1970-71). One of the group’s more interesting artists is Annie Ovenden, whose exquisitely drawn Tangled Woven Web (2006) incorporates the attention to detail and close observation of the natural world that was so important to the PRB.

The opposite wall is filled with Alan Lee’s fantasy illustrations, including several relating to his concept designs for Peter Jackson’s epic film adaptation of JRR Tolkien’s Lord of the Rings. With so many of his delicate watercolour illustrations included, this selection feels almost like a separate exhibition. While there is no doubt that the modern fantasy genre has been profoundly influenced by pre-Raphaelite aesthetics, the focus on Middle-earth here feels more akin to crowd pleasing than a serious attempt to chart the legacy of the PRB. This suspicion is confirmed in the final room with a display of concept art from the popular TV series Game of Thrones.

The curators of Tate’s 2012 exhibition suggested that Rossetti’s unrestrained sensuality can be observed in the work of the Vienna secession artists Gustav Klimt and Egon Schiele, while Picasso’s reverence for Burne-Jones can be detected in his blue period paintings. Writing in 1963, the art critic David Sylvester even recognised a pre-Raphaelite impulse in the work of the pop artists: “Most of British pop art is a dream, a wistful dream of far-off Californian glamour as sensitive and tender as the pre-Raphaelite dream of far-off medieval pageantry.”1 More recently, the contemporary photographer Tom Hunter has explored the PRB’s social engagement in his Life and Death in Hackney series. The Way Home (1998) is a reworking of Millais’ Ophelia, showing a young party-goer drowned in a canal. As these examples indicate, there is a wonderful show waiting to be curated that traces the pre-Raphaelite impulses across modern and postmodern avant gardes. However, this intriguing but patchy exhibition isn’t it. In taking a different approach, many of the works in Beyond the Brotherhood do little to dispel the view held by Roger Fry and others that, instead of being relevant to the concerns of modern art, pre-Raphaelitism represented “a whimsical aestheticism, utterly divorced from life and good sense”.2 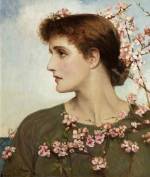 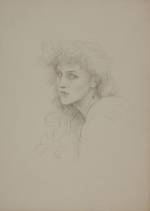 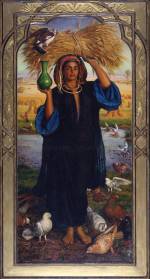