We visited Ben Johnson in his west London studio over a 12-month period to film him working on a large painting based on the Patio de los Arrayanes (Court of the Myrtles) at the Alhambra Palace in Granada, Spain. “I could carry on making paintings of the Alhambra, probably for the rest of my life,” says Johnson.

He talks about his process, deconstructing photographs and reconstructing them through drawing, and collaborating with a team of people, all of whom have different individual skills, to make one painting. 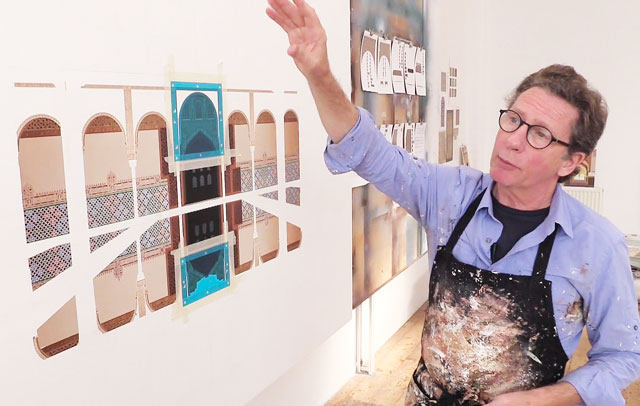 “Each painting is a challenge,” he says. “Every painting is new, and with each painting I try to go a little bit further than the previous one. I’m putting in more and more detail.” 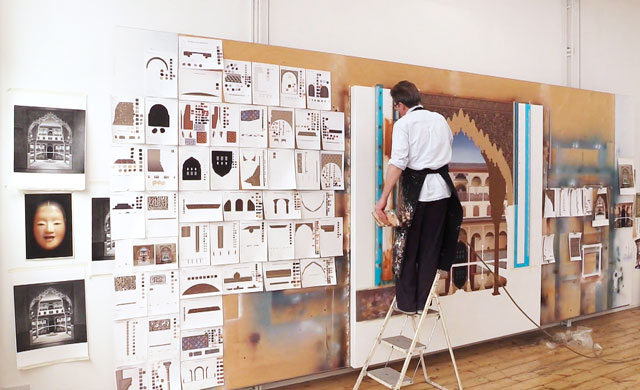