Charlotte Keates – interview: ‘I want my paintings to feel more like dreamscapes, that sense of deja-vu’

Charlotte Keates – interview: ‘I want my paintings to feel more like dreamscapes, that sense of deja-vu’

The artist talks about her series of paintings in the group show Just What Is It …?, at Cristea Roberts Gallery, and how they draw on memories engaging all five senses

Charlotte Keates (b1990, Somerset, UK) makes paintings inspired by architectural spaces she has visited on her various residencies – some as far afield as Singapore, Japan and Bali. They depict empty houses – presumably someone’s home, but whose, it is unclear, since there are never any personal artefacts on show. Instead, Keates hopes viewers might seek to occupy the space, as they engage with what at first comes across as an architecturally realistic portrayal, only on closer inspection to reveal itself as a dystopian (or should that be utopian?) impossibility, with perspectives that don’t quite work, ladders that stop abruptly, and doorways leading nowhere. She wants the works to be like dreamscapes, depicting the memory and the feeling of a place, rather than the place itself. 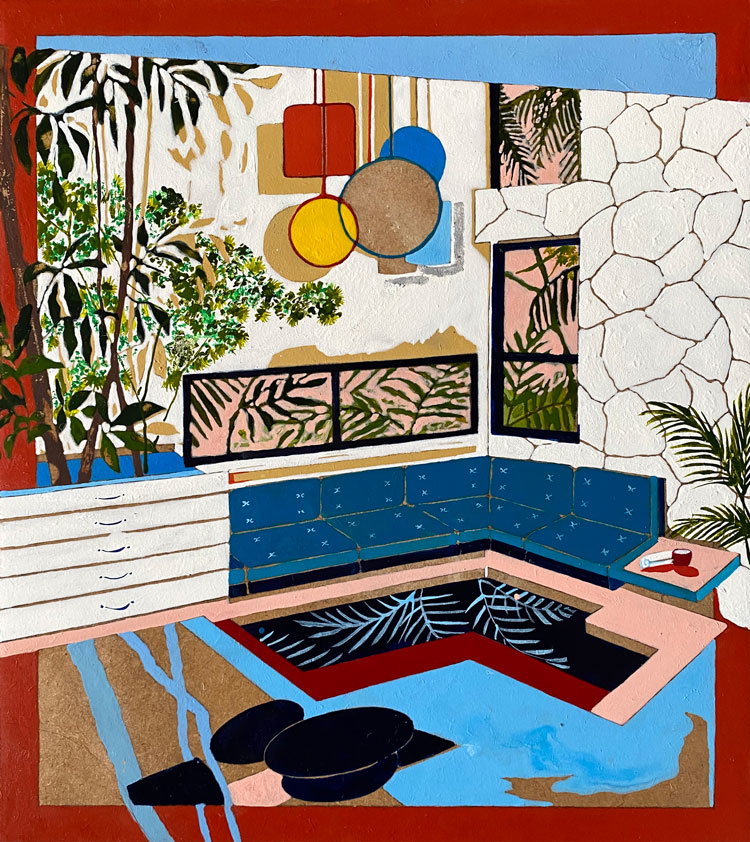 Charlotte Keates. An iced flannel against bare skin, 2020. Acrylic and oil on board, 32 x 28.5 cm. Image courtesy the artist and Cristea Roberts Gallery.

For this series of seven paintings on board, Keates made sketches and notes relating to sensory memories and used these as a trigger to begin working when back her studio, seeking to recapture her feelings through the use of colour. It is as much a case, however, of her having to work things out as she goes along, as she hopes it is for the viewer, too. Her works are heavily about the process. 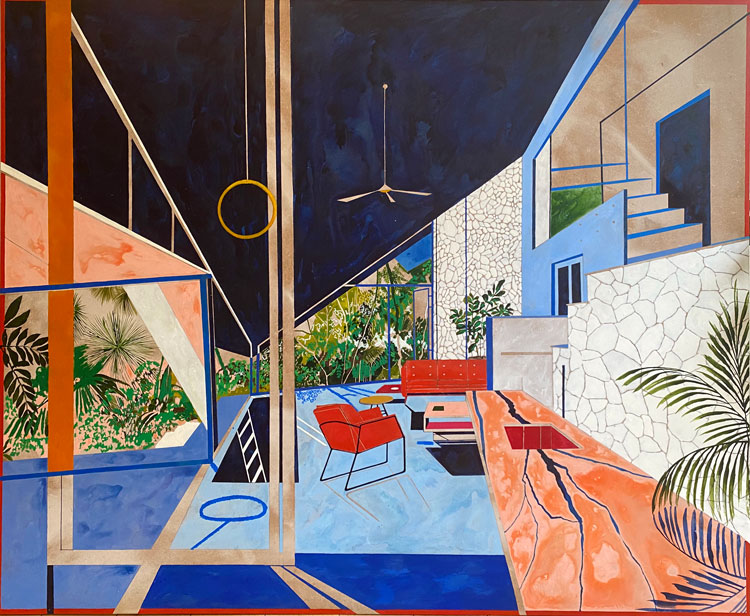 Charlotte Keates. Bordered by Jungle, 2020. Acrylic and oil on board, 100 x 121.8 cm. Image courtesy the artist and Cristea Roberts Gallery.

Studio International spoke to Keates, via Zoom, about this series of works, her wider practice and “collage-like” process of painting, her future direction, and how she likes to set herself near-impossible challenges.

Charlotte Keates. Movement of Water, heard but not seen, 2020. Acrylic and oil on board, 60 x 60 cm. Image courtesy the artist and Cristea Roberts Gallery. 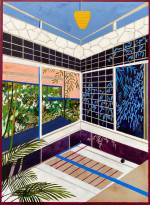 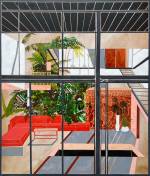