“The series is primarily concerned with two problems—how artists use various technologies and how they react to the products of technology...”

The BBC will be showing five 25-minute programmes over channel 1 on the theme of 'Art and Technology', on Sundays, February 14, 21 and 28, and March 7 and 14 at 11.35 am. Tony Cash, the producer writes: 'The series is primarily concerned with two problems—how artists use various technologies and how they react to the products of technology. Some artists are content to exploit the possibilities of new materials, like glass fibre. Others feel it is pointless to compete with modern technology in producing visual thrills. They emphasize the primacy of idea over object. In between are artists who see their salvation in spectator participation: their works may be read as toys or games.' The provisional content of the five programmes will be as follows:

Programme I: Kinetics
A group of students were filmed playing with the exhibits at the recent kinetics exhibition at the Hayward Gallery. After the film they discussed with Theo Crosby (who devised the exhibition) some of the questions this sort of art raises, in particular how the kinetic exhibits should be classified.

Programme 2: Three-Man Show
This programme shows three artists' different uses of technology. It consists of two films showing the sculpture of Garth Evans; and Bruce Lacey's 'joke' humanoids. Then David Hall's use of film, including some extracts from his film Vertical and from an as yet unfinished 'cloud piece' film.

Programme 3: Computers
The first part of this programme deals with the work of Colin Sheffield who has access to a computer at Time Sharing Ltd. With the firm's programmers he has devised a number of modules which the computer can generate on a random basis to produce a almost limitless variety of designs. He has also constructed a painting machine which can be powered by a computer.

The idea of a module positioned in a partly random fashion is not new. Mozart devised a couple of pieces of music in which the sequence of bars is dictated by the throw of a dice. In the second half of this programme Gavin Bryars explains the Mozart work and performs examples of his own computer-based music. He has programmed a computer with the rules of Latin verse (which are based on rhythms comprising long and short elements). The computer can generate an endless flow of rhythms, a selected portion of which will then be performed by students in the studio.

The final piece in the programme features seven people in communication with each other by headphone and microphone thus: 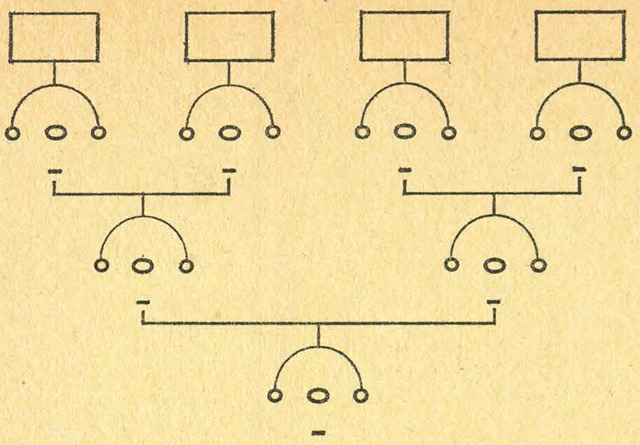 The back rows are listening to sentimental verse on the stereophonic tape recorder. They hear three voices reciting different verses, one in each ear and one in the middle of the head. According to certain instructions they have to track and reproduce one of the voices. In a similar way the performers on the second row relay what they hear to the solo performer who, alone in the system, is heard by the audience.
(Gavin Bryars is a Senior Lecturer in the Fine Art Department of Leicester College of Art; he originally trained as a philosopher.)

Programme 4: Gerry Schum
This programme consists of an interview, lasting about five minutes, with Gerry Schum about his video gallery and will include Barry Flanagan's piece from 'Land Art' —Hole in the Sea—as well as a number of pieces from 'Identifications' — probably a selection of the following: Joseph Beuys, Ulrich Ruckriehm, Hamish Fulton, Gilbert & George, Daniel Buren, Ger van Elk, Keith Sonnier, Richard Serra, Lawrence Weiner. These will be shown continuously without breaks, editing etc. after the interview with Schum. [An article on Gerry Schum's work was included in the January issue of Studio International.]

Programme 5: Concept
Victor Burgin has prepared a script for this programme.

It is not yet known what form the programme will take. 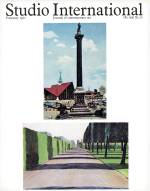 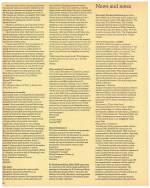 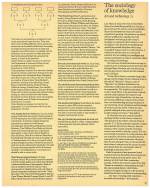