There’s something about Alice
In 1984 Robert Mapplethorpe photographed Alice Neel, then in her 85th year.1 With her eyes closed and mouth open, she appears to be in a state of ecstasy. Through his particular interpretation Mapplethorpe captures an aspect of Neel, and although it depends on the portrayer as to which truth is revealed – clearly it is not only the artist’s interpretation of the subject, coloured by their reflected self, but also the relationship (between artist and subject), that exists within “a portrait”.

Painted Truths shows 60 of Neel’s portraits spaced throughout her career, and these images reveal a broad range of influences, truths and relationships. Living and working in New York from the 1930s through to the 1980s, Neel “moved in a remarkable milieu” of musicians, writers, painters, journalists, union leaders and film makers, “however many of her sitters (from the early years) remain unidentified, testimony to her belief that all humanity is worthy of being portrayed”. (Whitechapel Catalogue).

As she developed her practice, Neel figured her subjects through various styles. There are echoes of the painters Marsden Hartley2 in Neel’s paintings of suffering TB victims, Edward Hopper, in her New York street scenes, George Gross in her earlier portraits, and the photographers Diane Arbus3 and Sally Mann in the unique interpretation and selection of Neel’s subjects. These images give us a taste of the variable life and times of Alice Neel, yet despite the diverse influences over a 50 year time scale, there is woven through all the works, in the motion of Neel’s brush, an undeniable sense of perceptibility caught on canvas. By not being consumed solely by the temptation to render a “likeness”, Neel avoids a rigid, wooden interpretation, focusing her viewpoint also on gesture and suspended motion.

Just as impersonators successfully mimic recognisable personalities, not by attempting physical similarity, but through acutely observing and repeating gestures and mannerisms, Neel paints and draws her figures, not quite still, as if in the moment between physical fidgets, while the proportions she finds in some parts of her sitters reveal her emotional reading. Andy Warhol (1975), has little knees, difficult muddled fingers and sensitive feet, while John Perlis and (his son) Jonathan (1982), has the little boy melting into his father’s face, and Linda and Daisy (1973) has the child on the brink of jumping away – these can be seen as glimpses realised in suspended motion. “Describing herself as a Captor of Souls” (Whitechapel catalogue), Neel’s empathy with her sitters is drawn into her images, as though her brush received some resonance, tracing charged marks into a haptic line, recording the back and forth flow of the gaze, opening a window to her subject’s emotional landscape.

The sixties comic duo Peter Cooke and Dudley Moore’s sketch “In the Art Gallery” in which the two men portray tramps eating sandwiches in a gallery full of Renaissance paintings, have us believe the sign of a good painting is when “the eyes follow you round the room”, comic though that notion may be, there is a significant issue at play here. In the majority of Neel’s paintings we are looking down at those different faces, repeating a moment of that interaction between painter and sitter, caught in the gaze that has been captured for us by Neel.
This “being captured” by the captured gaze, may have been written into our psyche from as long ago as 27,000 years. Jonathan Jones in his Old masters (2006)4 described the finding in western France of what archaeologists believe to be a drawing of “the earliest human face”. Rendered in three strong lines this “face” “uncannily resembles the Parisian modernism of the 1920s”, Jones believes “the earliest human instinct was not to photograph the face, but to decorate it, to ennoble it.” If this ancient drawing is indeed a portrait, then for thousands of years before “the story that has come to be known as the origin of drawing”5, Butade’s daughter tracing her departing lover’s shadow on a wall6, our society has been captivated by the captured gaze.

That a woman should feature in the “origin of drawing” is significant in relation to Neel’s work; New York in the 1950s through the 1970s nurtured the development of Abstract Expressionism, Minimalism and Pop Art, in these male orientated movements there was little time given to female practitioners, and even less to those whose focus was a quietly considered figuration. Yet despite those trends Neel, through the loss of her daughters, depression, complicated relationships and largely single motherhood, continued to pursue her work.

The works of Alice Neel that we see today are a vivid empathetic glimpse from Neel’s particular viewpoint into a broad swath of New York society, but they are also testimony to Neel’s courage and persistence in the face of multiple adversities. Any practitioner who finds they are striding against a flow today, should take inspiration from Neel’s extraordinary example, and keep courageously focused on developing their own individual voice, no matter how temporarily out of sync they may feel themselves to be.

5. Michael Newman, “Marking Time: Memory and Matter in the Work of Avis Newman”, in Inside the Visible, an elliptical traverse of 20th Century art in, of, and from the feminine, ed M. Catherine De Zegher, M.I.T. Press, 1996, p.273. 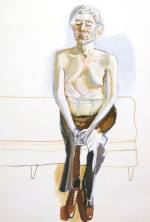 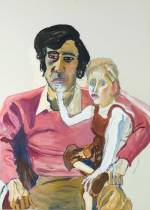 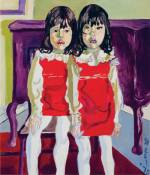 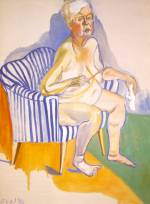 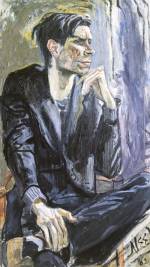 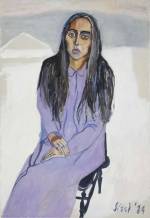 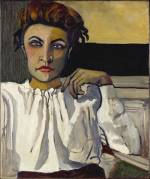