Alberta Whittle: How Flexible Can We Make the Mouth

Alberta Whittle: How Flexible Can We Make the Mouth

The Barbadian-Scottish artist explores her heritage and the legacy of Scottish involvement in the British Empire through a multifaceted, powerful and triumphant exhibition 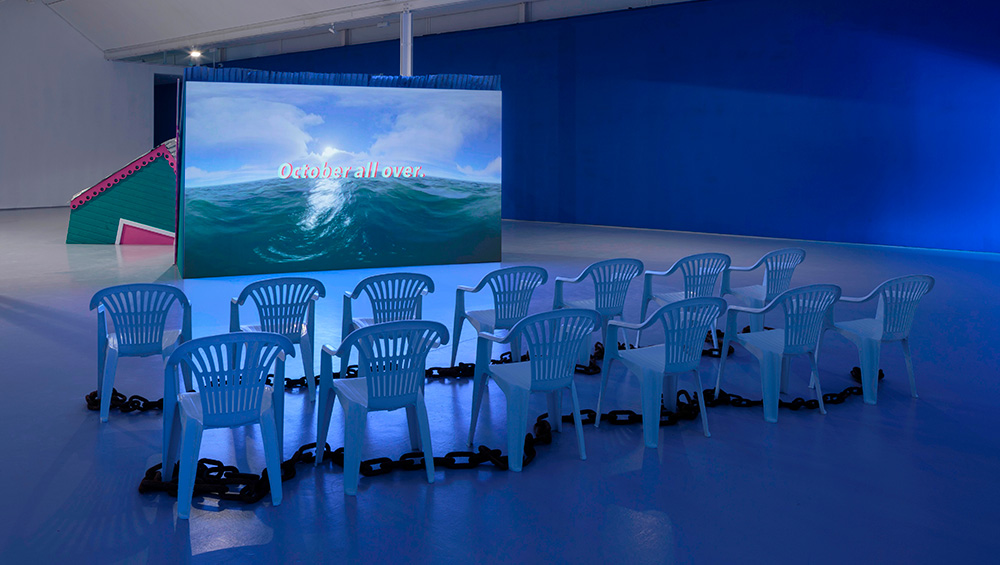 “You can’t actually understand Scottish identity without understanding its history and relationship … to empire,” Alberta Whittle said recently. Like Fiona Tan’s Disorient at Glasgow’s Gallery of Modern Art, Whittle’s new show at Dundee Contemporary Arts (DCA) interrogates the connections between contemporary Scottish society and the colonialist relationships of its past, which not only funded the massive boom of the Industrial Revolution, and so built the cities and towns still standing today, but also decimated the colonised countries, and led to endemic racism to justify these atrocities. 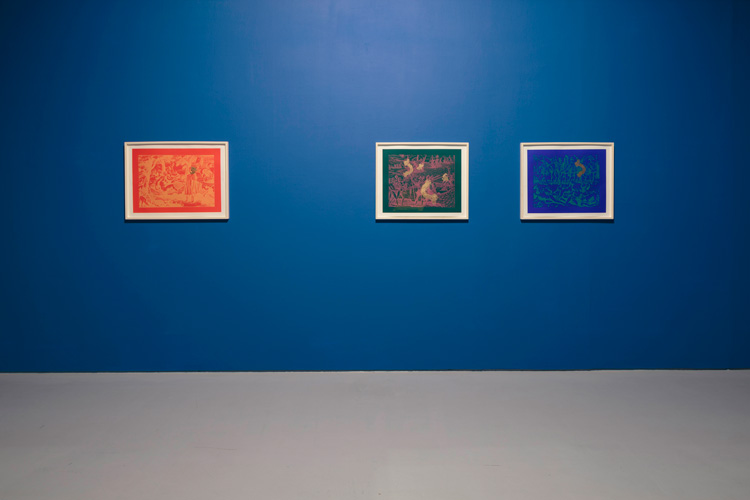 
In the first gallery, a suite of prints developed by Whittle at the DCA over the past six months exemplifies this dialogue and reframing of cultural history. She has created new works from a series of 16th-century engravings by Theodore de Bry illustrating the arrival of Christopher Columbus in the Americas, which were reproduced as part of Deborah Small’s 1991 book 1492: What Is It Like to Be Discovered?.1 Inverting and transposing the original images on to laser-engraved woodblocks, Whittle creates a sense of ambiguity and confusion; the story of Columbus’s colonial endeavour becomes a less clearcut, less polished narrative. 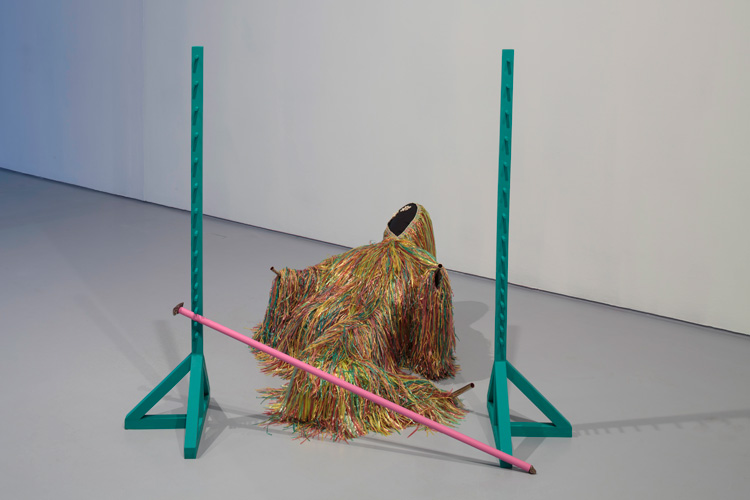 The superiority of the “explorer” and the colonial sense of righteous conquest are doubted, deconstructed and worn away. The process of woodblock printing itself, moreover, recollects the artist’s memories of living in Barbados, in particular the erosion of wooden buildings and furniture through salt air and woodworm. This memory is subtly used to erode the dominant narrative of colonialism itself. Adding to this effect is the way in which the prints have been embossed with a glistening gold snail trail, which “invades” the original invaders of the colonial scene. These snail trails also recollect the invasive, giant African snails of the artist’s hometown, a well as contributing to the broader motif of the sea meeting the land. 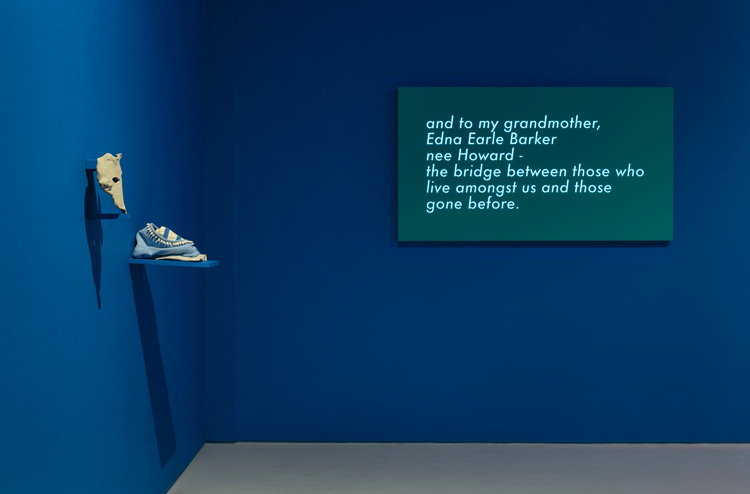 The grounding of global stories in personal experience is achieved brilliantly throughout the exhibition. Whittle’s practice not only includes printmaking, but poetry, photography, performance, film, sculpture and installation, all of which are shown here. There are also connections and motifs across these media, which make for a cohesive and memorable show. Perhaps recollecting the all-encompassing way in which traumatic memory can manifest in the present – where every aspect of reality may at times seem touched or warped by our histories – the way in which the exhibition has been designed to include these myriad forms is excellent. 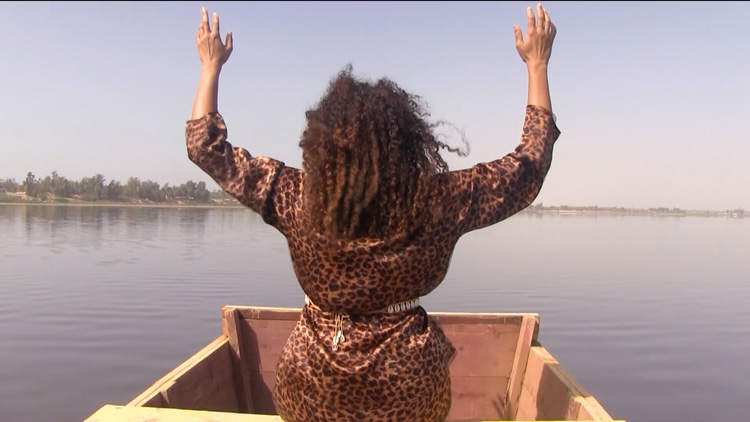 Alberta Whittle. Between a whisper and a cry, 2019. Film still.

In particular, the tension between land and sea, between countries and the volatile ocean between them, is brilliantly explored. The film installation in Gallery 2, Between a Whisper and a Cry (2019), focuses on the idea of weather to consider the afterlife and the legacy of slavery across the Atlantic. Connecting ideas about sonic cosmologies in the work of poet Kamau Brathwaite and discussions of weather in Christina Sharpe’s book In the Wake: On Blackness and Being, Whittle frames her film around an old mariners’ rhyme, using dance (set in Glasgow City Chambers) and footage of severe weather in Barbados during hurricane season, to create a hypnotising and triumphant work. 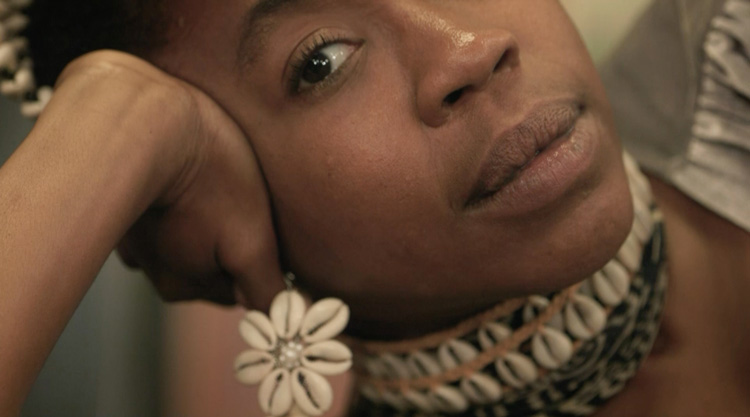 Alberta Whittle. Between a whisper and a cry, 2019. Film still.

The film is echoed in the other installations and sculptures in the exhibition – from the audience chairs shackled to the ground with large, heavy chains to a scale model of a “chattel house” (a mobile wooden home occupied by working-class people in Barbados) that appears to be sinking into the floor. A sense of transience, linked to severe weather, is impossible to ignore. As well as reminding us of climate change, it also serves as a metaphor for the historical and contemporary forced movement of black individuals and whole communities across the Caribbean, and a sense of nomadic life without true freedom. In a contemporary political context, these ideas recall the Windrush scandal in particular, and the cruelty of forcing settled people to leave their homes as a result of the government’s creation of a “hostile environment” for migrants, regardless of the legality of their status or how long they have lived here – a reminder, if one were needed, of the continuing legacy of colonialism and the unjust, damaging mentality of empire. 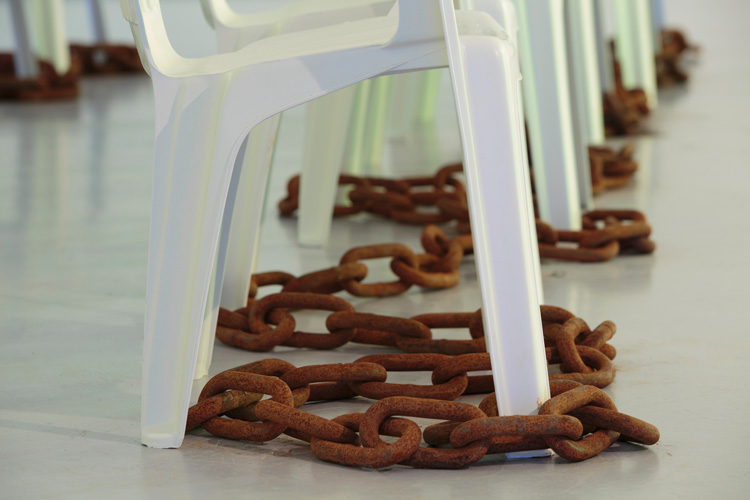 But there is hope here. As the title of the exhibition, How Flexible Can We Make the Mouth, implies, through writing, speaking, breathing and creative expression, there is a chance to heal. From Gallery 1’s film installation My Grandfather, Her Father, in which the voice of the artist’s Barbadian grandmother is a bridge between past and current generations and the work as a whole reminds us of the importance of oral histories in keeping alive pasts that would otherwise be lost, to Whittle’s own poetic texts printed on to the gallery windows, the importance of reading, hearing, writing and speaking is clear. The ways in which voices, songs, and rhythms echo around the two galleries is mesmerising; they create a sense of spiritual connection and encourage different ways of breathing and being that are central to the exhibition as a whole.

Whittle’s exhibition provides not simply an account of intergenerational trauma, but also a series of ways in which to address it. In her assemblage and sculptural works, she creates works stitched together, using textiles, costumes and masks to confront trauma and pay tribute to absent lives, while also evoking the Caribbean spirits and deities that were erased by Christian colonial endeavours. In recollection there is pain, but there is also resistance and resurrection; the past is revived and lives again. 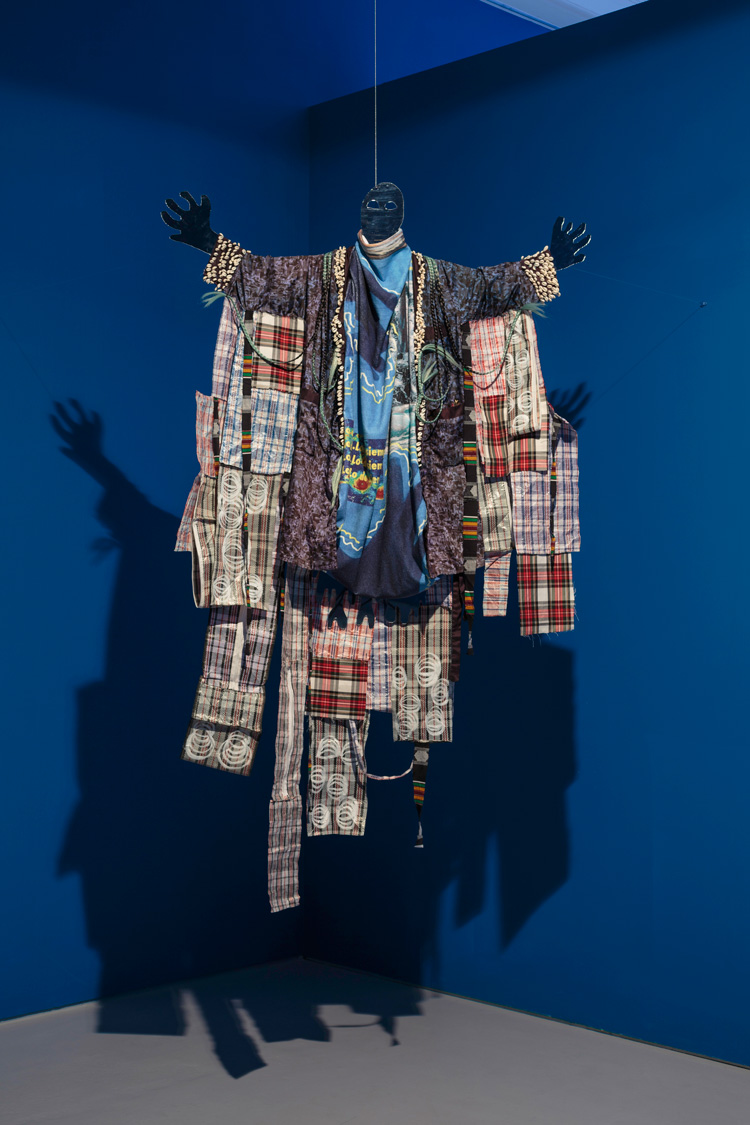 There is so much in this exhibition to engage with and to continue to think about, but perhaps the most stirring memory I have of it is the dancing, powerful and calm and insistent. How Flexible Can We Make the Mouth is not only about transforming contemporary spaces, or how we approach remembrance and the traumas woven into Scottish histories, but about finding new ways to be. Our histories create in all of us patterns and rhythms that, over time, wear down and impair the foundations, or potentiality, of community. Here, Whittle shows that we can challenge, redesign and resist these patterns, using the past and the erased aspects of personal and communal culture to live better, and to rethink how we do everything – from breathing to speaking to writing.

References
1. 1492: What Is It Like to Be Discovered? by Deborah Small with Maggie Jaffe, published by Monthly Review Press, 1991. 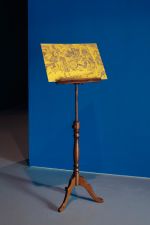 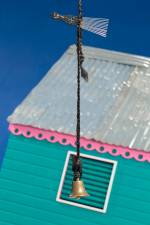 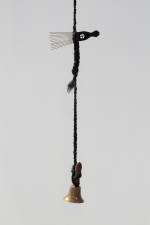