The Lives of the Artists: 50 years of Gilbert & George

The Lives of the Artists: 50 years of Gilbert & George

To coincide with the 50th anniversary of the artists’ meeting, we publish Gilbert & George’s Magazine Sculpture, first displayed in a black-and-white, censored version in Studio International’s May 1970 edition

Gilbert Proesch (b1943) and George Passmore (b1942) singled each other out 50 years ago at St Martin’s School of Art in London. Both rejected the formalist approach to sculpture fostered at St Martin’s as elitist, an elitism personified by the openly hostile, if prescient, Anthony Caro, who told them he very much hoped they wouldn’t succeed, but feared they might. In their quest for an “art for all”, Gilbert & George renounced their separate identities, becoming “living” sculptures, “two people, one artist” by their definition, and compared to a Holy Trinity by the critic David Sylvester: “two persons but one Creator”. Although working in various media, including photography, performance, drawing, film, interview, magazine, mail art, dance, dining, vaudeville song and inebriation, the pair insisted that all were sculptures. As part of their intent on chronicling real life, particularly as experienced in the charged microcosm of London’s East End, Gilbert & George assimilated social and bodily aspects of the human condition into their magnum opus: working-class youth, immigration, violent crime, religion and homelessness, as well as their own blood, semen and shit. They likened this process to “scraping the streets of London with our fingernails and seeing what comes up”. A calculated self-image was an integral part of Gilbert & George’s living artwork, their tautly coiled movements and expressions, composed speaking style and staid suits a disquieting, arch-bourgeois foil to the inflammatory vocabulary that accompanied many works. 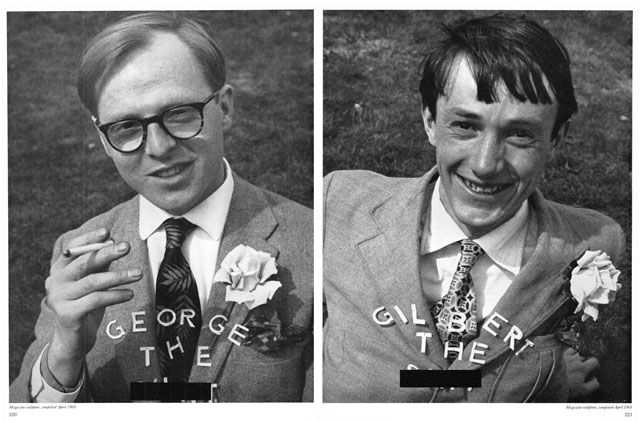 One such work was the Magazine Sculpture, published in Studio International in May 1970. One of two double-page spreads allocated to the duo exhibited a black-and-white version of a colour photographic self-portrait, emblazoned with “George the cunt” and “Gilbert the shit” in cut-out paper letters, the offending terms blacked out by editor Peter Townsend with presumably deliberate crudeness. The image had previously been shown at London’s Robert Fraser Gallery at 3pm on 10 May 1969, for a mere half hour to dodge the censor.

The Magazine Sculpture exemplified Studio International’s direct involvement of artists within its pages and marked a novel shift from reproductions of art in magazines to magazine-art and the magazine as an exhibition site. Artists’ interventions in the journal took various forms: artists’ statements, artists writing on art, or texts as artwork, particularly in the case of conceptual art, as in Joseph Kosuth’s 1969 three-part text Art after Philosophy, compared by the critic Arthur Danto to a “work of art”. Another was Carl Andre’s An Opera by Carl Andre, included in a 1969 special issue on minimalism curated by Studio International’s American contributor Barbara Reise, who in turn styled art writing as artwork, presenting her essay in the format of a long footnote entitled “Untitled, 1969: a footnote on minimal-stylehood”. 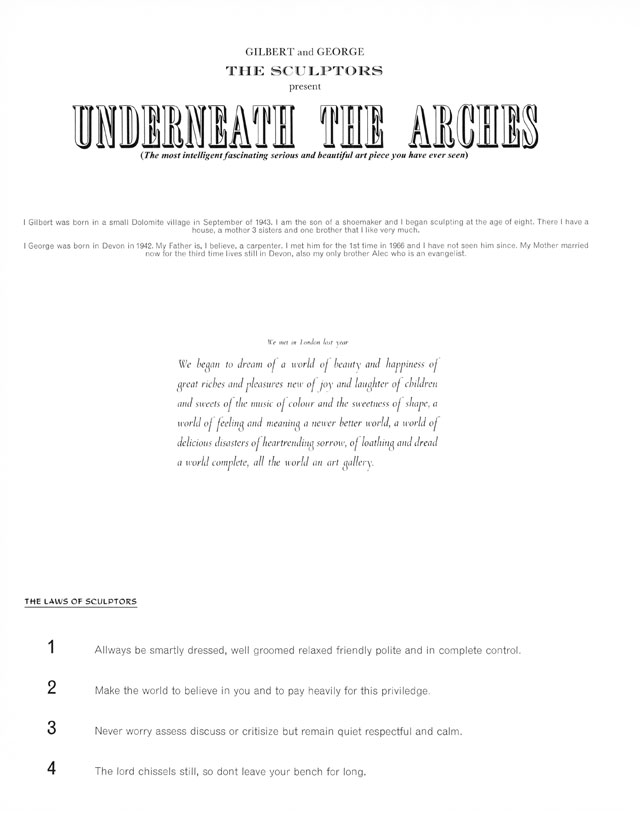 In addition to the photographic self-portrait, Gilbert & George’s 1970 Magazine Sculpture included a manifesto decreeing “The Laws of Sculptors”, lifestyle rules that cemented the idea that the lives of the artists were a permanent and ongoing artwork. Moreover, by brazenly labelling themselves “the cunt” and “the shit”, Gilbert & George aimed at pre-emptively controlling not only the artwork but also the worst criticism it could potentially elicit.

The May 1970 edition also featured an article on Gilbert & George that included, among other things, an account of one of their performance-sculptures, The Meal. This curious event consisted of the artist-duo and their guest David Hockney eating a seven-course meal in front of an “art” audience in an Arts and Crafts music room. As is often the case with period pieces, it is the small detail of the article that is most arresting: two members of The Who conveying their admiration following a performance of Gilbert & George’s Singing Sculpture, Underneath the Arches; a reference to Mrs Passmore (George’s wife) supporting the two artists with her earnings as a kindergarten teacher; Hockney’s comment following The Meal: “marvellous surrealists”.

Before the publication of the Magazine Sculpture, in 1969 the artists had had what would prove a decisive exchange with Studio International’s assistant editor, Charles Harrison. Harrison had been commissioned to expand Harold Szeemann’s landmark exhibition, When Attitudes Become Form, at the ICA in London. Gilbert & George knew Harrison and fully expected to be included in his stable of British artists, of which they would later claim: “There were only about four in London at the time.” They were not selected but cannily transformed their pique into a performance. Appearing at the private view of the exhibition with their faces and hands painted in metallic pigments, they fashioned themselves as “living sculptures”, standing frozen in the gallery and assumed to be part of the show, prompting the fabled dealer Konrad Fischer to invite them to exhibit at his Düsseldorf gallery. In a repeat performance, Gilbert & George went to Studio International’s 1971 Christmas party with their faces painted gold, a gesture apparently more shocking to the editor than the artists’ stunt at the ICA.1 Gilbert & George spoke of the “incredible power” of being rejected, and it is hard to dispute the astuteness of their enterprising gesture in undermining exhibition protocol and the clout of selection committees. 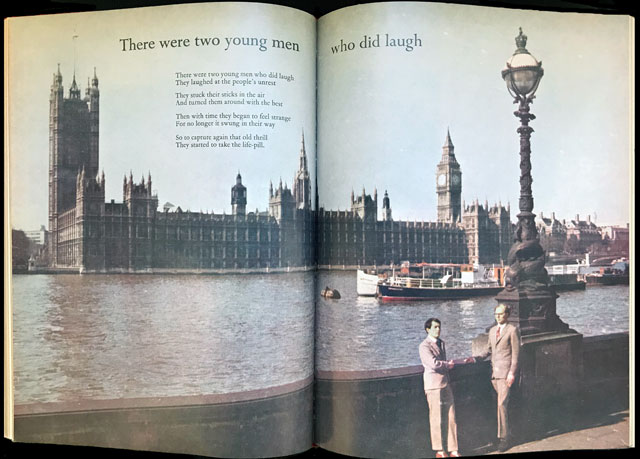 Gilbert & George, There were two young men who did laugh. Magazine Sculpture, published in Studio International, May 1971, Vol 181 No 933.

In May 1971, Gilbert & George contributed another Magazine Sculpture, this time as part of a special Studio International issue published in conjunction with an exhibition of The British Avant-Garde at the New York Cultural Center. The exhibition was devised by Harrison and this time Gilbert & George were included, albeit at the insistence of the New York institution’s founding director Donald Karshan.2 The sculpture consisted of a characteristically stilted but dapper Gilbert & George photographed on the embankment of the Thames opposite the Houses of Parliament with the caption “There were two young men who did laugh”, accompanied by a bleak verse, the textual elements as always crucial to the effect of the whole in their work.

Indeed, for all their quasi-comic impassiveness, Sylvester singled out an air of existential solitude as one of the most compelling characteristics of Gilbert & George. Describing them as “visionary painters … outstanding artists in every context in which they might be assessed”, Sylvester above all recognised them as the heirs of Samuel Beckett and Francis Bacon for the powerful presence of “despair” in their art.3 Reise, too, responded to a potent duality in their work: “They are an amazing experience with all the reality and unreality of a dream … Feelings brought out by Gilbert & George relate to Life/Death, Joy/Mourning, youthful-insouciance/jaded-experience, mystery/clarity, boredom/fascination … universal and timeless art.4

For all the resonance with the obliteration of the art-life divide in the period in which they emerged, Gilbert & George were certainly not suggestive of Barthes’s Death of the Author. In their case, the authors’ bodies and lives were the artwork, and 50 years later their art and unwaveringly impenetrable yet poignant double act remain inextricably linked.

Exhibitions celebrating 50 years of the art of Gilbert & George 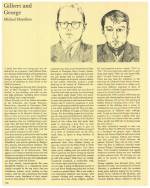 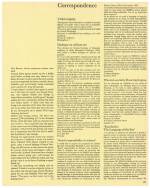 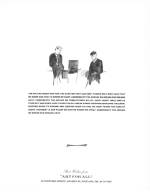