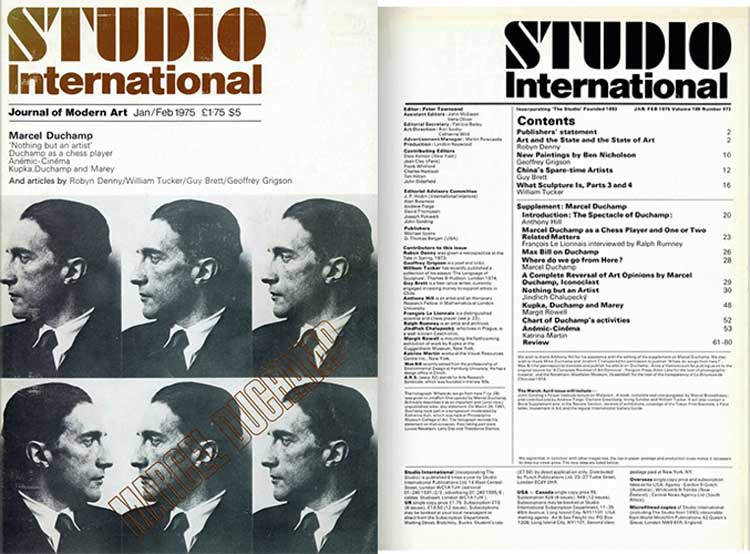 16  What Sculpture Is, Parts 3 and 4/William Tucker

20  Introduction: The Spectacle of Duchamp/Anthony Hill

28  Where do we go from Here?/Marcel Duchamp

29  A Complete Reversal of Art Opinions by Marcel Duchamp, Iconoclast

Contributors to this issue:
Robyn Denny was given a retrospective at the Tate in spring 1973.
Geoffrey Grigson is a poet and critic.
William Tucker has recently published a collection of his essays, ‘The Language of Sculpture’, Thames & Hudson, London, 1974.
Guy Brett is a freelance writer, currently engaged in raising money to support artists in Chile.
Anthony Hill is an artist and an Honorary Research Fellow in mathematics at London University.
François Le Lionnais is a distinguished scientist and chess player (see p.23).
Ralph Rumney is an artist and archivist.
Jindřich Chalupecký, who lives in Prague, is a well-known Czech critic.
Margit Rowell is mounting the forthcoming exhibition of work by Kupka at the Guggenheim Museum, New York.
Katrina Martin works at the Visual Resources Centre Inc, New York.
Max Bill recently retired from the professorship of environmental design at Hamburg University. He has a design office in Zürich.
A.R.S. (see p.52) stands for Arts Research Syndicate, which was founded in the late 60s. 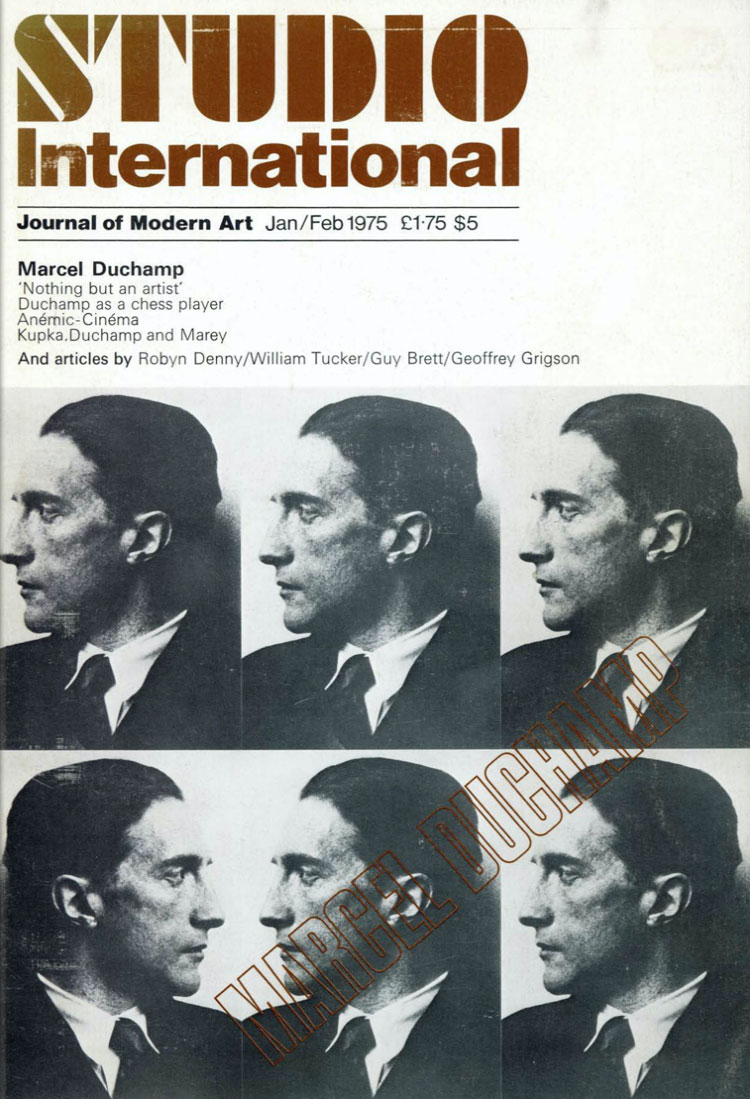 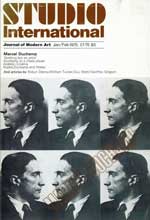