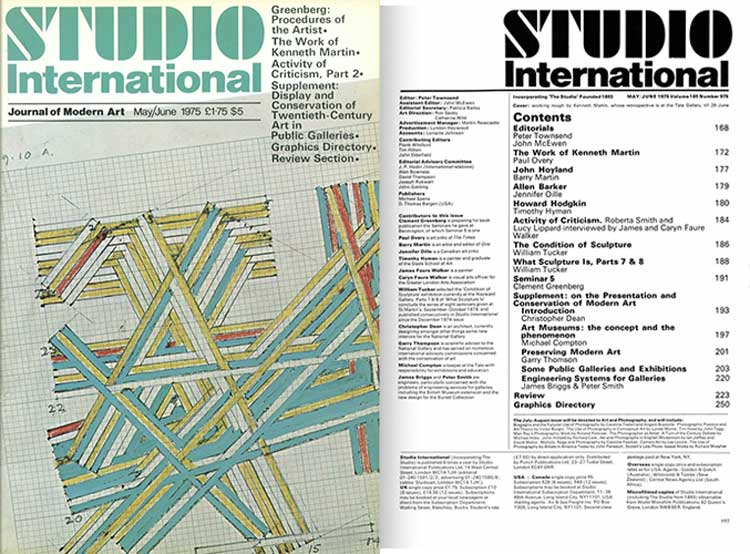 172  The Work of Kenneth Martin/Paul Overy

186  The Condition of Sculpture/William Tucker

193-222  Supplement: on the Presentation and Conservation of Modern Art

197  Art Museums: the concept and the phenomenon/Michael Compton

203  Some Public Galleries and Exhibitions

Contributors to this issue:
Clement Greenberg is preparing for book publication of the Seminars he gave at Bennington, of which Seminar 5 is one.
Paul Overy is art critic of The Times.
Barry Martin is an artist and editor of One.
Jennifer Oille is a Canadian art critic.
Timothy Hyman is a painter and graduate of the Slade School of Art.
James Faure Walker is a painter.
Caryn Faure Walker is visual arts officer for the Greater London Arts Association.
William Tucker selected the ‘Condition of Sculpture’ exhibition currently at the Hayward Gallery. Parts 7 and 8 of ‘What Sculpture Is’ conclude the series of eight seminars given at St Martin’s, September – October 1974, and published consecutively in Studio International since the December 1974 issue.
Christopher Dean is an architect, currently designing amongst other things some new interiors for the National Gallery.
Garry Thompson is scientific adviser to the National Gallery and has served on numerous international advisory commissions concerned with the conservation of art.
Michael Compton is keeper at the Tate with responsibility for exhibitions and education.
James Briggs and Peter Smith are engineers, particularly concerned with the problems of engineering services for galleries, including the British Museum extension and the new design of the Burrell Collection. 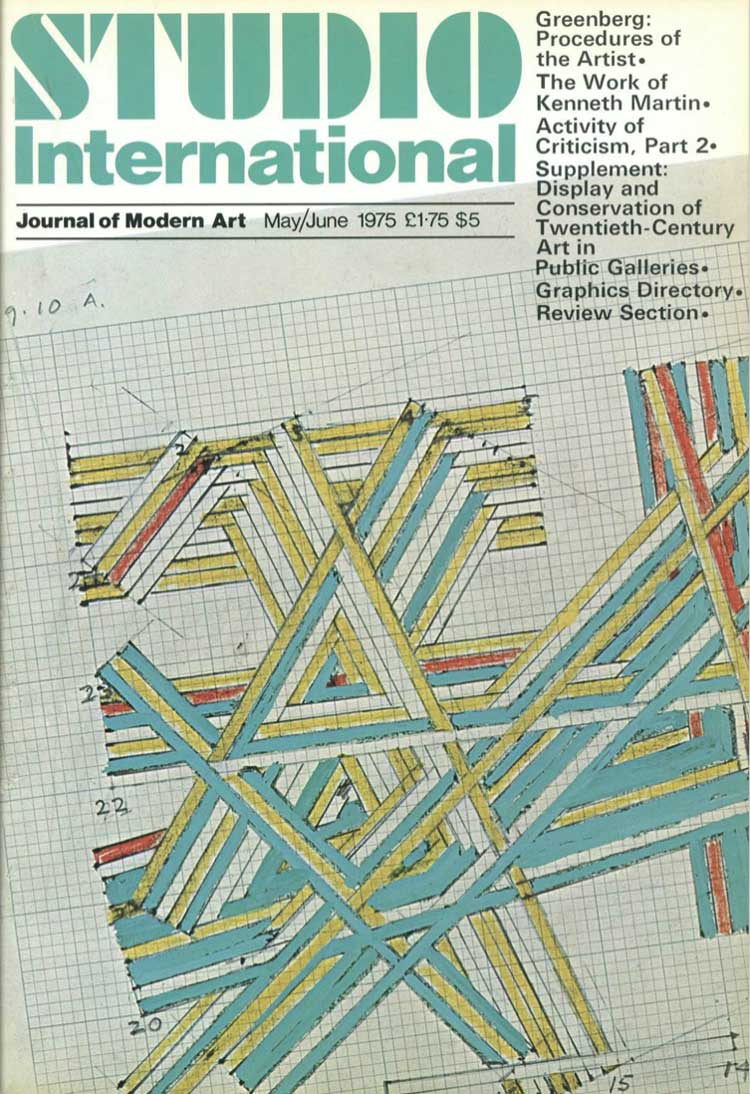 Studio International, May/June 1975, Volume 189 Number 975. Cover: working rough by Kenneth Martin, whose retrospective is at the Tate Gallery, till 29 June. 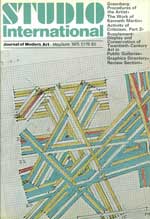