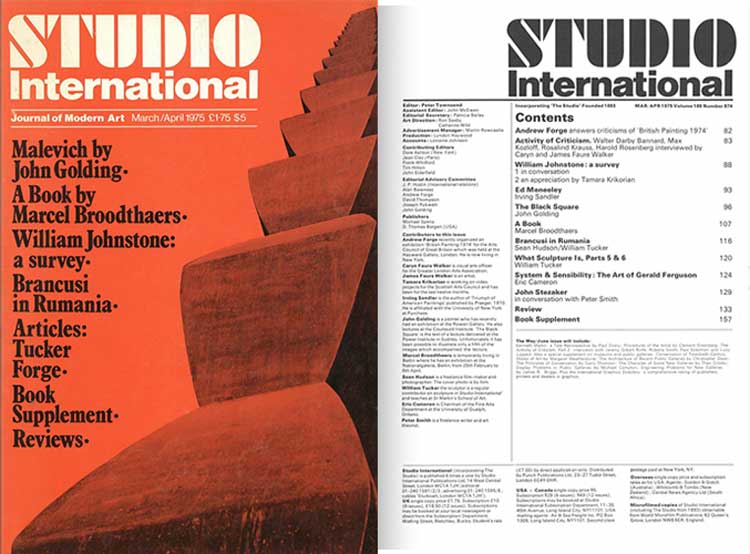 88  William Johnstone: a survey/1 in conversation

91  William Johnstone: a survey/2 an appreciation by Tamara Krikorian

Contributors to this issue:
Andrew Forge recently organised an Exhibition, ‘British Painting 1974’ for the Arts Council of Great Britain, which was held at the Hayward Gallery, London. He is now living in New York.
Caryn Faure Walker is visual arts officer for the Greater London Arts Association.
James Faure Walker is an artist.
Tamara Krikorian is working on video projects for the Scottish Arts Council and has been for the last 12 months.
Irving Sandler is the author of ‘Triumph of American Paintings’, published by Praeger, 1970.
He is affiliated with the University of New York at Purchase.
John Golding is a painter who has recently had an exhibition at the Rowan Gallery. He also lectures at the Courtauld Institute. ‘The Black Square’ is the text of a lecture delivered at the
Power Institute in Sydney. Unfortunately, it has been possible to illustrate only a fifth of the images which accompanied the lecture.
Marcel Broodthaers is temporarily living in Berlin, where he has an exhibition at the Nationalgalerie, Berlin, from 25th February to 6th April.
Sean Hudson is a freelance film-maker and photographer. The cover photo is by him.
William Tucker the sculptor is a regular contributor on sculpture in Studio International and teaches at St Martin’s School of Art.
Eric Cameron is Chairman of the Fine Arts Department at the University of Guelph, Ontario.
Peter Smith is a freelance writer and art theorist. 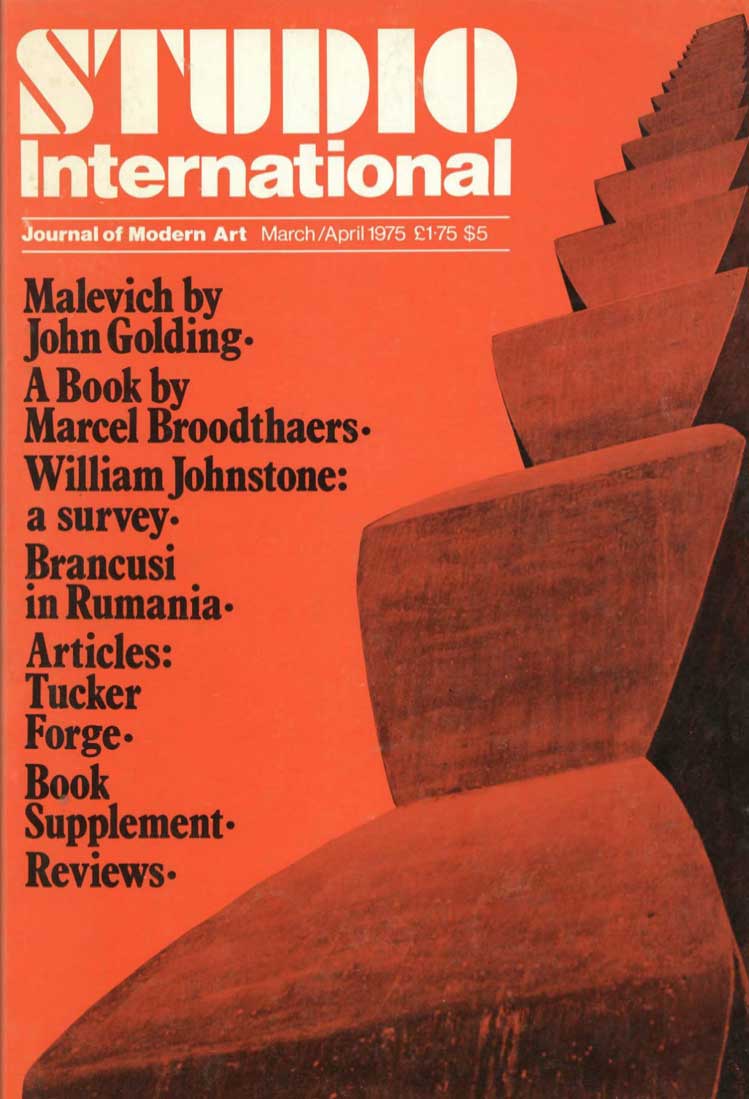 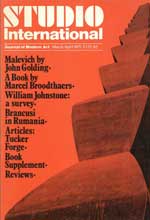