Wolfgang Tillmans: A Photographer at Large

Wolfgang Tillmans: A Photographer at Large

Wolfgang Tillmans as photographer/printmaker is the perfect antidote to the framing of the world, to so-called verité as manufactured in contact prints, the staging of every aspect of modern life as if that had been unconsciously set up. However successful Tillmans now is, the artist has not lost his focus or his innocence in exposing through his own production the myths and lies of contemporary media.

In the mesh and quagmire of modern life, individuals stumble, trip, and fall: Tillmans in his images of humanity catches such moments convincingly. As a photographer, realising that he will trouble the viewer, he nonetheless seeks to counter the layers of subterfuge that all deploy. He challenges the presumptions of contemporary life, the subterfuge of transparency. Through self-experience he knows these pressures and stresses, self-imposed or superimposed. Typically in an exhibition he insists on specifying the framing (as do most artists) but on precisely locating the positioning of each work vis-à-vis the others. This spacing has more akin to the silent spaces in a classical musical score. In an exhibition, he predicates room by room each work in a collective hang, as he does here.

Wolfgang Tillmans owes much to the present Serpentine Co-Director of Exhibitions, Hans-Ulbrich Obrist, who has curated him in the past and this alliance now has made for a definitive exhibition.

Quite separately, it takes place at the same time as the French architect Jean Nouvel completes the 2010 Serpentine Pavilion, which stands bright red in the green enclave of the park and contains Nouvel’s typically contrasting metal, cantilevered structures and lightweight materials. The substantial retractable awnings and freestanding 12m wall contrast with polycarbonate and fabric materials in an interweave, of parkland and interiors. The social focus of Nouvel’s work complements that of Wolfgang Tillmans, however differently their approach strikes the visitor. The emergence of some of Tillman’s favoured street culture in this renowned and much frequented London locale is likely to materialise in the cafeteria and play spaces laid on by Nouvel, even table tennis on red tables.

Tillmans’ culture can even betray strands drawn from teenage bedroom walls, and pinboards; nor is it far from the commitments of gay rights and peace movements, either. If all images are construed as having the same value by Tillmans in his plurality of subject matter he remains largely intuition-led in compiling an oeuvre, which represents a massive scrapbook. Sometimes collectors have bought entire rooms or even shows of his work. The Serpentine show mostly comprises work of the past six years. Occasionally such works do reflect stressful political divisions such as the partitioning concrete wall erected in Jerusalem by the Israeli government. Tillmans’ volume of work, published by Taschen in 1993, has sold 50,000 copies all told, and his own books remain collectors’ items. Tillmans, now turning 42 years old, is at an important stage of his life and career. The show gives him the opportunity to measure up the present as well as to project a future potential in a ground–breaking tour-de-force. It could still be said that his source material is street life and culture in the broadest sense.

Tillmans has high regard for his fellow-countryman the painter Gerhard Richter, well known for his occasional painterly excursions into the landscape. Here Tillmans follows in the same direction. In the Serpentine exhibition, two landscapes particularly occur, close together (among others). The first, Wald (Reinshagen) (2008), a very large, framed C-type print sized 265 x 181 cm, hangs next to growth (2006), another much smaller C-type print sized 40.6 x 30.5 cm. Wald, seems like a tangle of forest growth, but, growth reveals a crimson ivy accretion to the corner of a block of low cost apartments, something of an embellishment. In neither case does the “landscape” present an image of reconciliation, indeed it is inevitably troubling to some viewers. But this is the essential ethos of Tillmans. In the exhibition, the positioning of the captions for each work seems of a lower priority than the works in the general “placement”, and these seem almost superfluous in most cases, always subject to there being a well detailed catalogue to hand. 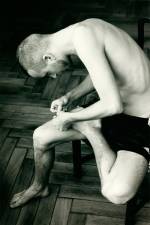 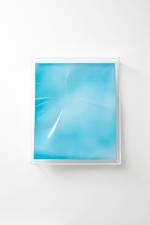 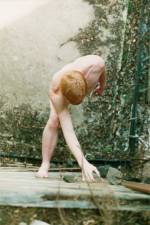 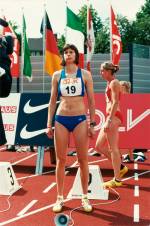 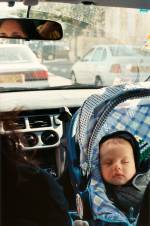