With a wit all of his own Heath Robinson captured everything from the sublime to the ridiculous, and in doing so became one of the most versatile illustrators of the 20th century

Illustration is undoubtedly an under-celebrated art form, yet it is often our very first encounter with the visual arts. Despite the fact that they are highly collectable, the works of our great illustrators rarely make it out of libraries or dedicated museums. And so, tucked away in the Library Print Room of the Royal Academy, a space barely larger than a cupboard, sit a modest selection of works by the hand of one of the Academy’s own pupils, William Heath Robinson.

Heath Robinson was, by all accounts, an unassuming but playful individual born into a family of illustrators. He attended the Royal Academy Schools for two years, along with his brother Charles, but the family couldn’t afford to finance both men for the full term. Their careers, however, didn’t suffer and together with their brother Tom they launched into a collaboration on an edition of Fairy Tales by Hans Christian Andersen, published in 1899. This was a golden age for illustration, as the intricate and florid art nouveau movement embraced Victorian literature.

William soon set out on his own and before long had finished the illustrations and decorations for Edgar Allan Poe: The Poems. In so doing, he was following in the footsteps of artists such as Aubrey Beardsley, who had been an early influence on his work. But the world of the Victorian macabre, which led to some of the era’s most deliciously dark images, wouldn’t hold him for long. Heath Robinson was an artist who moved with the times and, as demand grew, he turned his attentions to children’s literature and humour, finding work drawing satirical cartoons for magazines such as The Sketch and The Tatler.

The serious and the absurd would run along side each other throughout Heath Robinson’s career as he applied his talents to Chaucer, Thackeray, Kipling and Shakespeare on the one hand, and comical illustrations of modern life on the other. A 1914 photolithograph from an original drawing entitled Playing on Pipes of Corn and Versing Love is on display here. This joyous image from A Midsummer Night’s Dream shows influences from Japanese woodcuts with its sweeping blocks of solid black and its detailed celebration of the natural world.

As the 20th century ushered in the machine age, and cars and gadgets entered into the daily lives of average men and women, it was Heath Robinson’s surreal inventions that captured the popular imagination and earned him the nickname the “gadget man”. The term “Heath Robinson contraption” entered common parlance and remains in the Oxford English Dictionary to this day as an adjective to describe an “ingeniously or ridiculously over-complicated design or construction”. Pulleys, pumps, cogs and levers provided solutions for problems ranging from cramped living quarters to bathing for the bashful. By embracing the absurd, these inventions also chart, if through a rather exaggerated lens, the English as they adjust to modern living.

In the past few years, the Royal Academy has had some fascinating print exhibitions in the shape of Utagawa Kuniyoshi in 2009 and Renaissance Impressions in 2014, and continues to hosts The London Original Print Fair. So a much more extensive exhibition devoted to book illustration seems overdue. I can’t help but think that a show dedicated to the illustrators of Edgar Allan Poe would be a popular place to start. 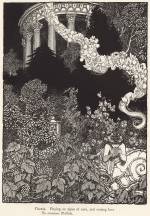 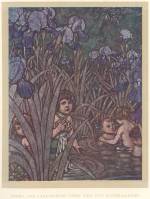 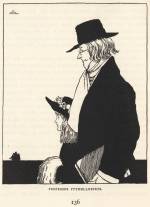 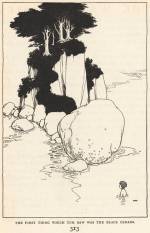 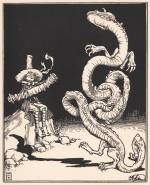