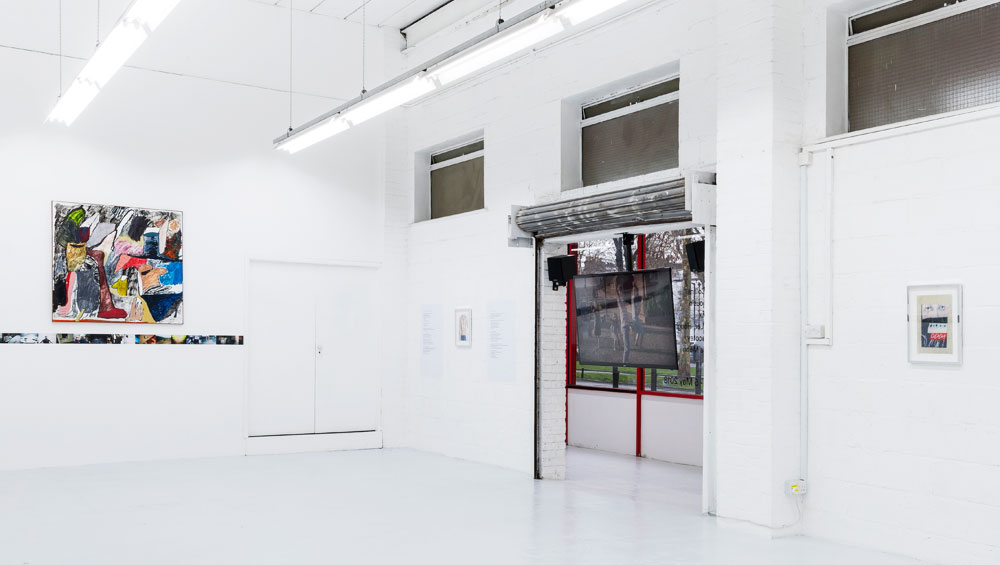 The group exhibition Wasp at Hannah Barry, in south-east London, features 10 female artists, and takes its name from the title of a 2003 short film by the Dartford-born writer and film director Andrea Arnold. 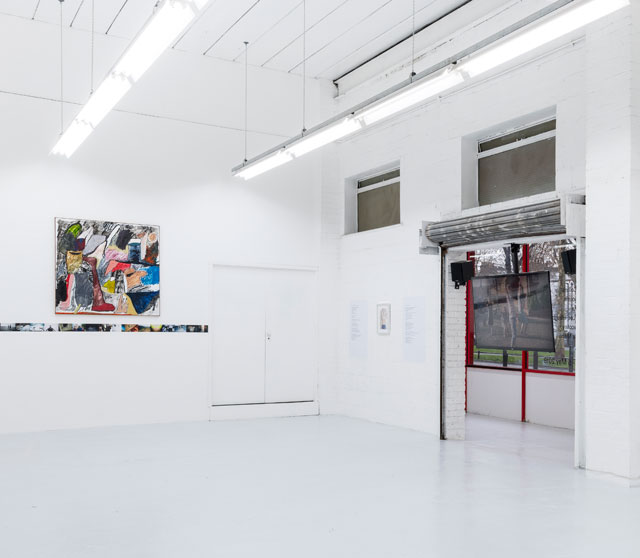 A flat screen in a gallery exhibition often displays either documentation of a performance or moving imagery that suggests a hint of an atmosphere and sometimes not much more: this being the case, it may be true to say that screens in mixed shows do not get much attention. But as anyone with even a little knowledge of contemporary British film knows, Arnold is a celebrated storyteller, and to walk past her work would be to miss out on a rare gift. “Watch the film first, then read the poems and look at the pictures,” Hannah Barry told me. I did as she said and I am glad because Wasp is startling and, like a clear bell, it startles you wide awake. 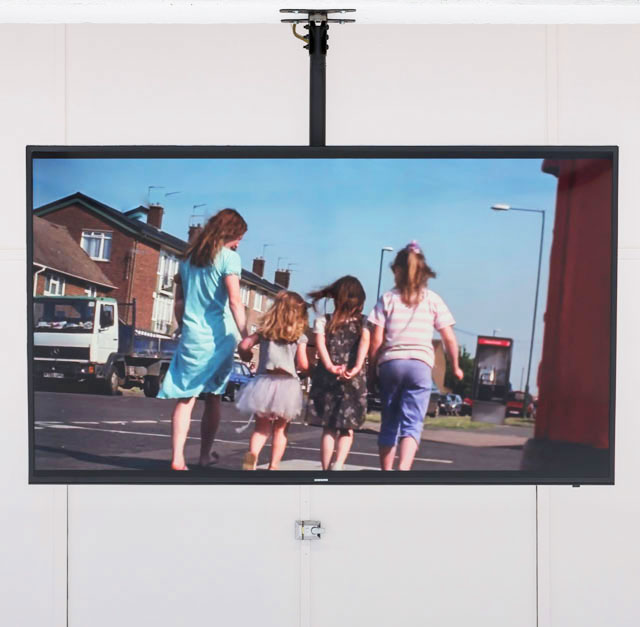 Known for her films American Honey (2016) and Fish Tank (2009), among others, Arnold weaves her narratives from the lives of those living on the sidelines. Characters hobbled by poverty and circumstance fight to survive by whatever means they can. Arnold shows us flaws and fragility, yet still manages not to victimise her characters; she sides with the courageous, keeping their (and our) hopes and dreams afloat. Things work out in Arnold’s films, but never in a mushy Hollywood way. I won’t describe the film here, other than to mention that there are insects and people trapped and troubled (oh, and it won an Academy Award in 2005), but I do wonder how on earth Arnold made Danny Dyer (in a broken down car) seem so soft and so lovely – she has an extraordinary touch that mixes kindness with sharp reality. 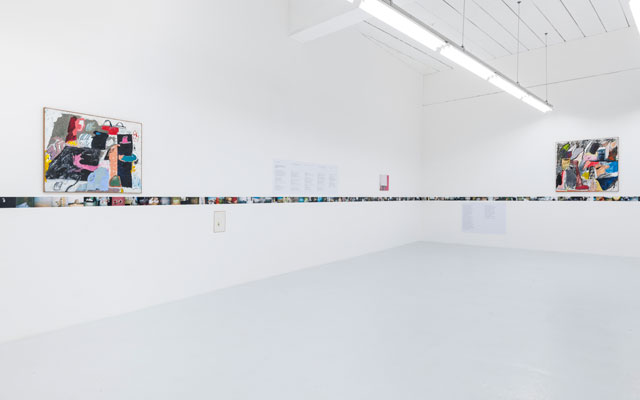 The essence of Arnold’s film sets the score for this exhibition, making sense of, and from, the mundane, the tawdry, the uncomfortable, the disquieting, each of these being far from the impossibly perfect sublime that has so often been attempted in white-cube spaces. That being said, there are, in some quiet corners of Coco Bayley’s long frieze of photographic images, small flashes of serenity and calm, consideration and contemplation – things noticed, recorded and remembered, documented and composed. Small delights, a lady seen from above dressed entirely in red, a figure alone on a bench facing the wide-open sea, a mother’s hand on a baby’s bottom, moments glimpsed in the hurried muddle and flotsam and jetsam of everyday life. Or, as is written on the exhibition’s accompanying text handout, in the “Quotidian” of life. A good word, quotidian, in this context of collected experiences, referencing the repeated commonplace, each one suggesting a narrative.

Barry explains: “We have a show here that we hope is relatable to members of the public. We all share these things, we are all collectors of something or another … we’ve tried to install things with certain confluences in mind and a kind of feeling of rhythm. Everyday life has a rhythm. How you read poetry has a rhythm, the words tumbling into the next, and one thing following another, in a sort of trip step …” 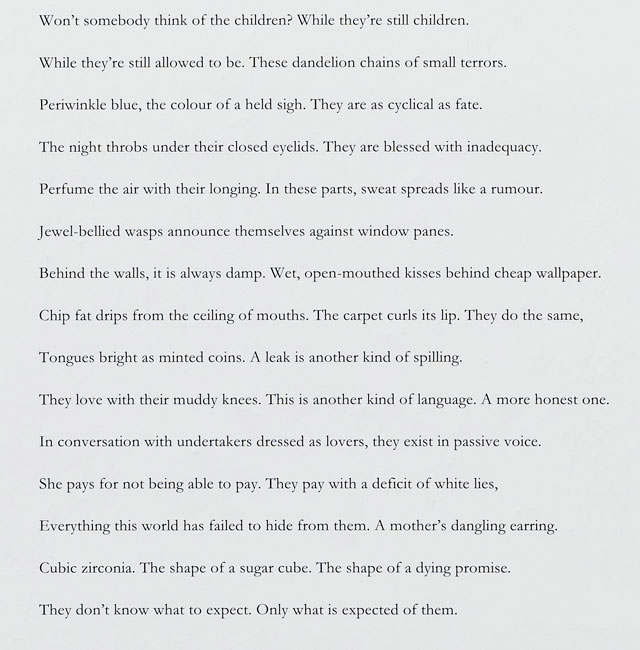 Momtaza Mehri’s poem Razzle Dazzle speaks directly to Arnold’s film. Mehri writes: “Why won’t somebody think of the children … jewel-bellied wasp against the window pane … the carpet curls its lip …” words that tumble back to Arnold’s narrative. Images are conjured in our mind’s eye as we read, directed by Arnold’s framed scenes, but then they skip to those shapes and figures we can see revealed among the other images on display. 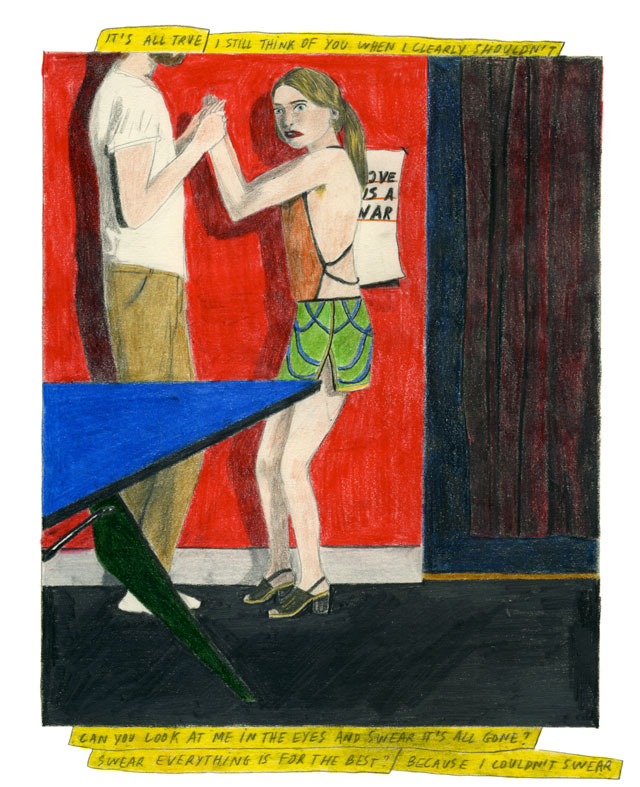 Marie Jacotey’s Love is a war (2014) might be a frame taken from a sequential series, the figures struggling in trouble with each other, just as Arnold’s figures are troubled. Emma Cousin’s Pleats (2016) shows a close up detail as the camera (Cousin’s eye) pans past a detail of a figure, capturing mostly the colour of a dress and the wall behind, leading us back to moments remembered by Bayley in her long line of captured memories. 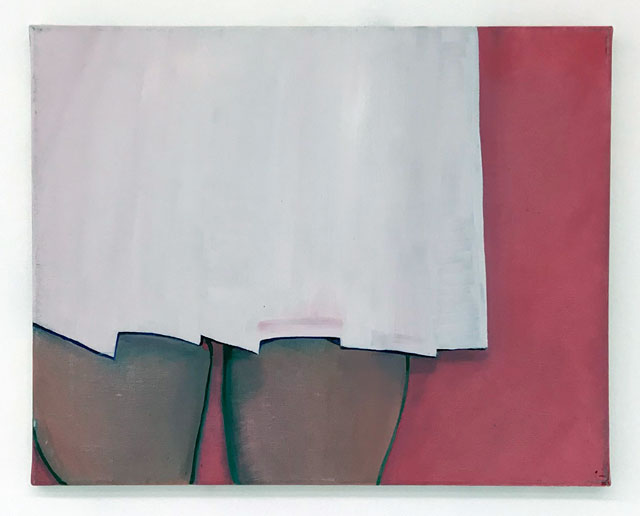 The experience of being in a gallery and having images conjured from reading texts echoes all manner of exhibition installations, yet the majority of these (whether remembered experiences, directives, or protest) tend to reflect their subject and themselves in an insular conversation. In this exhibition, each of the works (both texts and images) carries filmic possibilities; and they do, as Barry intended, have confluence with each other. The works echo back and forth, not only because they are gathered in relation to Arnold’s film Wasp, but also because each (photograph, poem, painting and drawing) contains an element of the familiar – some object or glimpsed occurrence that triggers a narrative vignette in the mind’s eye, and this in turn throws a reflection across the space that catches another similar, familiar in one of the accompanying works.

The rhythms bounce back and forth in this satisfyingly reflective exhibition. Give time to this viewing and it will give much back to the memory and the mind’s eye. 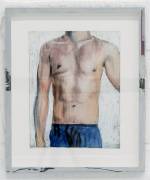 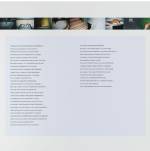 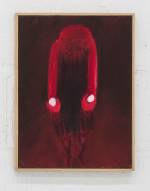