What’s the difference between design and art? This year’s Vienna Design Week went a long way to answering that perennial question. Designers, artists, architects and educators from all over central Europe used this platform to interrogate how and why we live the way we do, and proposed intriguing, absorbing or simply beautiful solutions 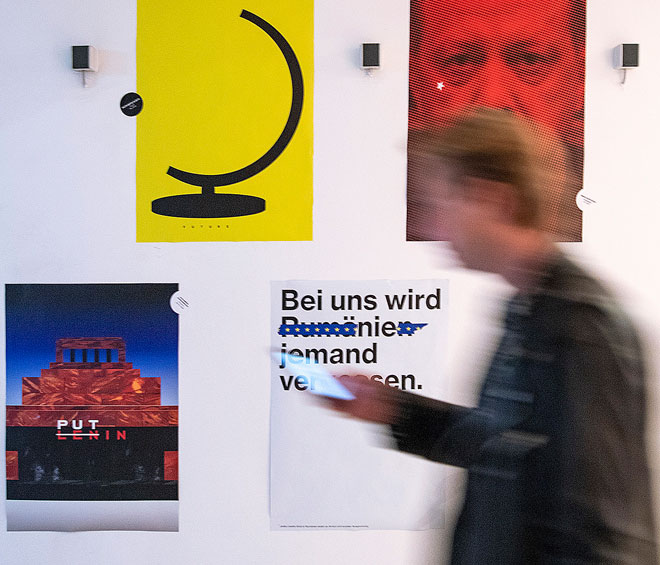 This is a big year for the visual arts in Vienna, with exhibitions and events commemorating the 100th anniversary of the deaths of Egon Schiele, Gustav Klimt and architect and urbanist Otto Wagner. For 2018, Vienna Design Week – always a content-driven cut above other design weeks – has done its Viennese forbears proud in its interrogations of how design can remain meaningful and vital in the 21st century. The Viennese legend from whom it probably draws most inspiration is the artist Koloman Moser (1868-1918), who, with Josef Hoffman, co-founded the Wiener Werkstätte in 1903. Through his life and work, Moser demonstrated time and again what it means to bring the finest artistic sensibility not just to painting but to wallpaper, textiles, stained glass, jewellery, graphic design, stationery, furniture and silverware; art for living. 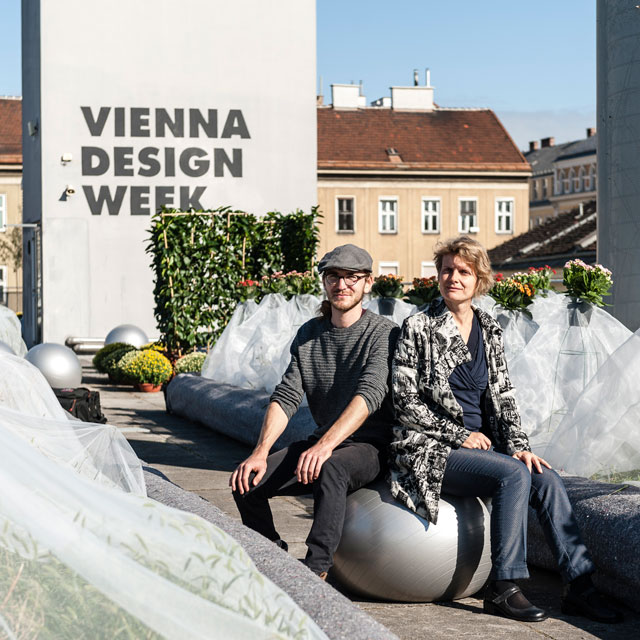 Where design shifts into the realms of art is where it cares less for commercial viability than it does for the power, purity or impact of the gesture or idea. And commerce is never the focus for Vienna Design Week (VDW) co-founder, director and curator Lilli Hollein. “This is not a fair,” she declared. Instead, VDW18 looked at pressing global issues such as urban food production, migration, isolation and oppression. It also highlighted current trends, such as virtual reality and game design, but from the perspective of how they could be useful rather than simply revelling in their potential for entertainment or distraction. VDW18 was about design as a tool for activating awareness of the crises around us (environmental, social, political) and as a process through which we can explore solutions.

Now in its 12th year, VDW continued its tradition for taking over a different district in the city, finding temporary headquarters in one of its disused buildings, and often using that building itself as a springboard for investigations. This year, it was based in Nebau – a neighbourhood formerly home to light manufacturing but now gentrified. It occupied two buildings and much of the landscaping around the Sophienspital, built largely in the 19th century as a centre for community medicine, but closed down last year. Yet the newest, most spacious, and light-filled of the Sophienspital’s clinics – and the main headquarters for VDW – is only 19 years old.

One of the most powerful presentations within its many perfectly sound spaces was an installation by graduates from the University of Applied Arts Vienna, Clara Rosa Rindler-Schantl, Eva Maria Mairand Klaus Kodydek. Called Sophienspital as a Goldmine, it set this recently retired structure within the context of Vienna’s tendency to demolish perfectly good buildings – apparently more than 400 are destroyed each year in this city. A recorded voiceover interrogated the terrible impact and waste of the global construction industry while two screens showed grainy collaged footage of buildings crashing to the floor; high rises exploding, mushroom clouds of dust and rubble billowing; or diggers excavating, often witnessed by thrilled bystanders (demolition as spectator sport). A series of graphic postcards itemised the components discarded every time a building dies, despite being perfectly fit for reuse or recycling. These include: windows and doors, plasterboard, locks, radiators, blinds and handrails. This project made a convincing case not just for the careful husbandry of buildings and their components, but also a more considered, circular approach for the construction economy. 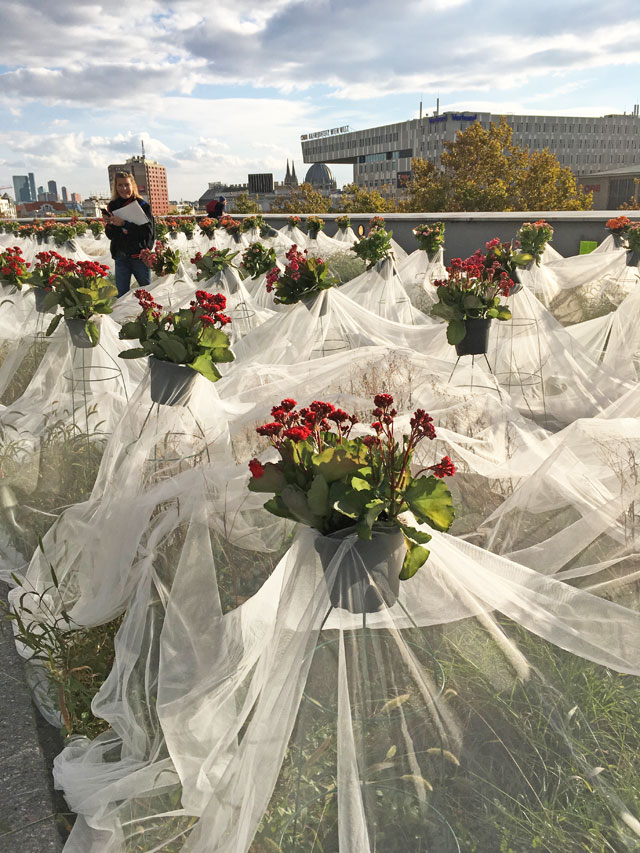 Fortunately, there is hope that the Sophienspital campus will be re-purposed after VDW, as an educational and residential centre. The way in which the VDW team revitalised its spaces – especially the clinic’s rooftop garden, with an intriguing planting scheme (complete with shrubs wrapped in bridal veils) by landscape architects Auböck + Kárász – should go a long way to convince the powers that be there is still life in these not-so-old buildings. 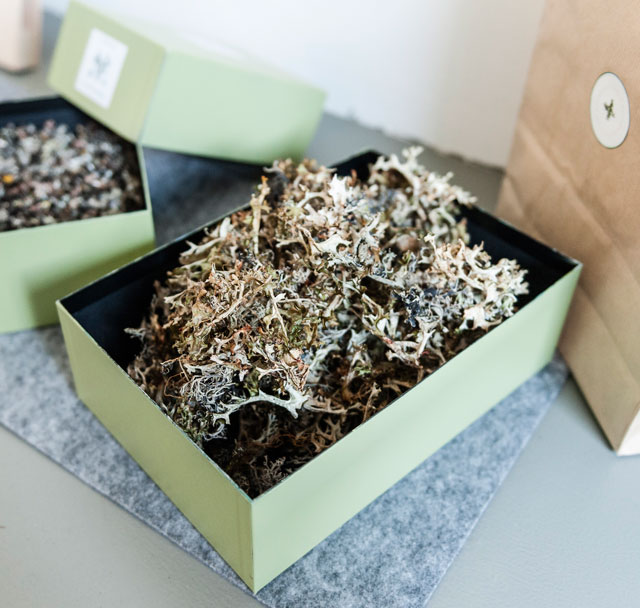 Urban food as a theme found many forms of expression, from Vienna-based designer Julia Schwarz’s eloquent proposal that we find ways to harvest lichen for times of scarcity (Unseen Edibles – Lichens as a source of Nutrition) to Flavour Collage Workshops to alm project’s mischievous but seductive reimagining of the contemporary dining table. Alm project is a multidisciplinary practice led by Andrea Lenardin Madden, with bases in Los Angeles and Vienna, and over a sequence of tables, its installation broke down the formal “two-person” place setting into something far more fluid, conjuring as a solution a flexible ceramic tower of sharing dishes to be placed beside diners of any configuration. Interesting tableware of a different kind came from Teresa Berger, who showcased an eight-piece “multi-sensorial” range of haptic dishes and plates she has devised to explore theories of gastrophysics.

A huge range of educational activities for all ages were woven throughout the programme on all sites. One of the most compelling of these was Sarah Maria Kamleitner and Johann Kamleitner’s A Ton. Devised to give children (and their parents) a critical-artistic perspective on food production, it was situated around the ZOOM Children’s Museum. Via daily screenings inside the museum, they started with the question: how much does a farmer get paid for a ton of grain? Their presentation then explored the idea of remuneration in agriculture, and the pricing journey from raw material to supermarket. There was an accompanying outdoor installation of a ton of actual grain in front of the museum so that children can experience the tactile qualities of this raw material. Most interestingly, it turns out Johann is actually a farmer and Sarah is his artist daughter. 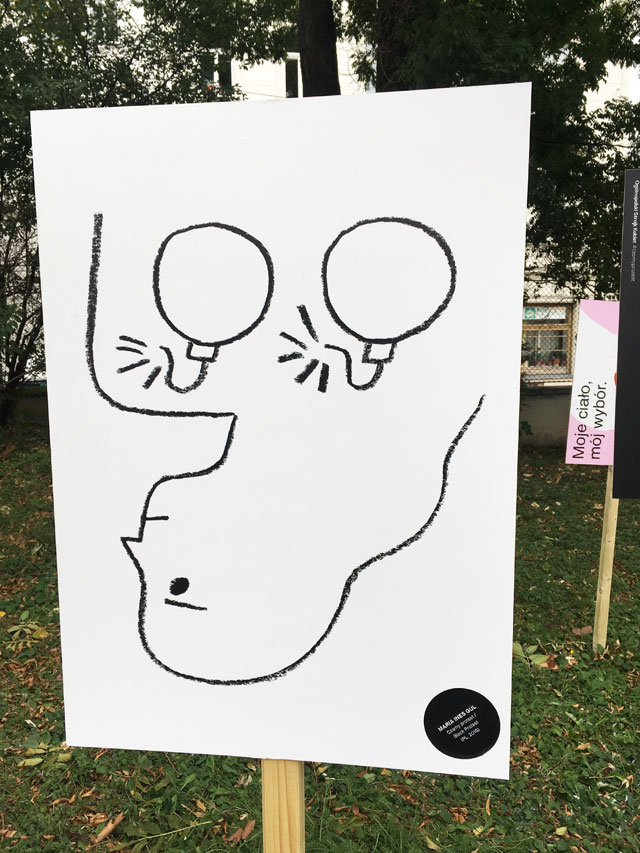 With Austria veering to the right in recent elections, protest was clearly on the minds of VDW’s organisers. Vivid protest posters were pasted all over the HQ’s circulation spaces and placards were dotted throughout the grounds, most of them contributed by graphic artists from guest country Poland (every year, VDW invites a neighbouring country to showcase its design talents). Highlights among the many talks were: how architecture can be a form of protest; how public space can facilitate protest; and the role of design and digitalisation in political movements. 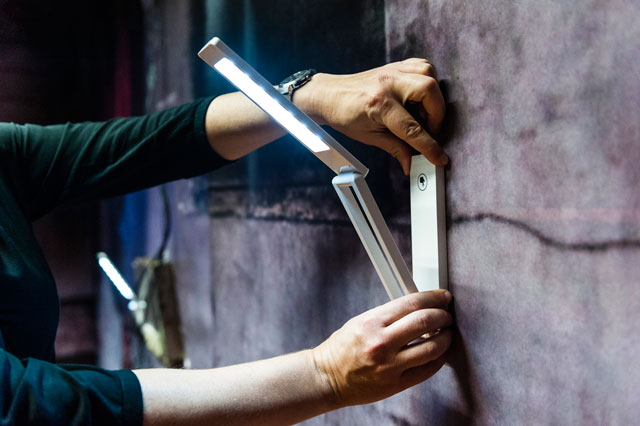 Social design is something Vienna’s art, architecture and design schools – as well as the city’s associated professions - have long been engaging with. Inspiring social design projects showcased at the VDW18 HQ included the Batti Project, by Seafire Power. A portable and durable folding light, it was designed in response to India’s frequent power outages, as a reading lamp or to assist in detailed craft work, but the cheap and sustainable technology could be deployed in many other ways and regions. 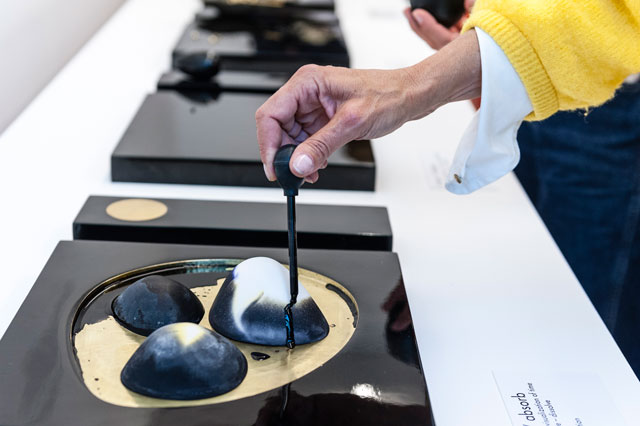 Antidotes to the stresses of modern life were explored via several installations, the most compelling of which was Rituals For Boredom - seven sculptural games developed by Austrian designer Nadja Zerunian and French/Dutch designer Sarah-Linda Forrer to help us embrace the pleasures of idleness. Made mostly of black marble, and designed to invite touch and exploration, the pair showcased these “tools” or games designed to generate new rituals for de-stressing; the ultimate in mindless – or mindful – amusement.

Some exhibits were there purely to demonstrate the power of beautiful design, such as the work of Klemens Schillinger, a Viennese-born product and furniture designer, graduate of London’s Royal College of Art, whose witty, understated pieces won him 2018’s Swarovski Award for Excellence in Austrian Design. And, for the first time, VDW included a small exhibition of some classic contemporary Austrian designs of furniture and tableware, but this was not so much a sales pitch as a recognition of past and current achievements.

For me, one of Vienna’s most outstanding achievements – especially as the recently voted “world’s most liveable city” (The Economist Intelligence Unit’s Global Liveability Index 2018) – is the way rents in city centre districts allow longstanding crafts and manufacturing businesses to remain embedded; a history of making is evident on almost every side street in Neubau. One of VDW’s most successful inventions is the Passionswege (passion project) – a regular feature where designers and artists are invited to collaborate with exactly these kinds of small manufacturers using materials or processes that would normally be outside their remit. It doesn’t have to result in an object (especially not a sellable one), but what it does always generate is a fascinating journey around these small but vibrant workshops of the city for VDW visitors. 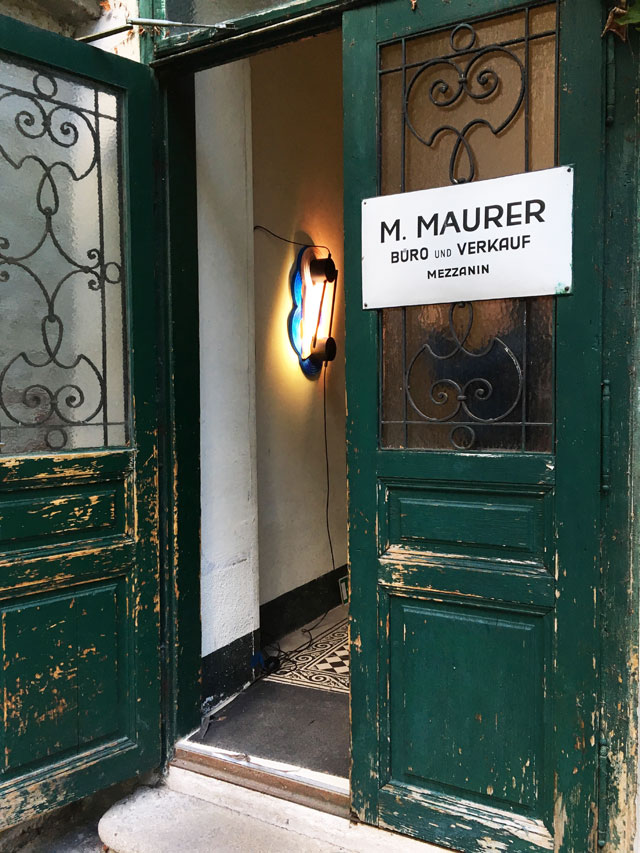 Highlights this year included designer Laurids Gallée’s collaboration with M Maurer, passementarie specialists since 1863. Vienna-born (but Rotterdam-based), Gallée sculpted strands of square cord braid into shimmering, metallic postmodern wall lights, redolent of Ettore Sottsass’s legendary Memphis creations. Gallée doesn’t believe minimalism is the future of design. He says: “It’s much more interesting to pick up on the history of applied arts and see what you can do with it.” 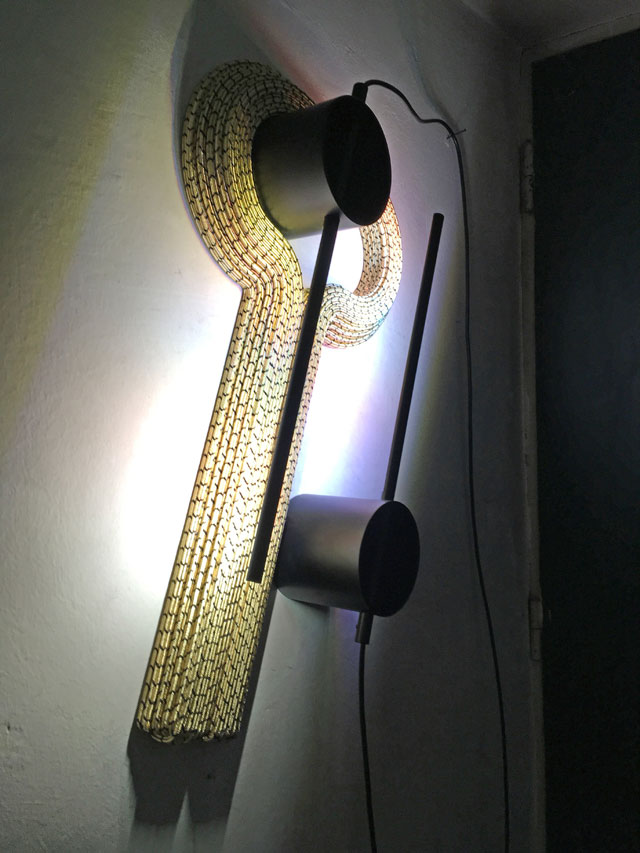 The fine silverware manufacturer Jarosinski & Vaugoin goes back even further than Maurer – six generations. Polish furniture designers from Studio Rygalik were invited to design a new heirloom dinnerware collection for the company. They went against the florid embellishments of the company’s usual repertoire to come up with the most simple, elemental place setting; their mentors say they will start production on this, their 211th design, imminently.

Something altogether more otherworldly was conjured by Viennese artists Markus Hanakam & Roswitha Schuller, in collaboration with crystalware specialists J&L Lobmeyr. After analysing the formality of table and place settings, Hanakam & Schuller devised a table setting that looked more like a board-game and several billowing, lidded goblets, which could be used as dishes, glasses or tops, using the thinnest glass possible. The three sets made for this collaboration were retailing at €3,400 (£2,995), and two had already sold before VDW finished. 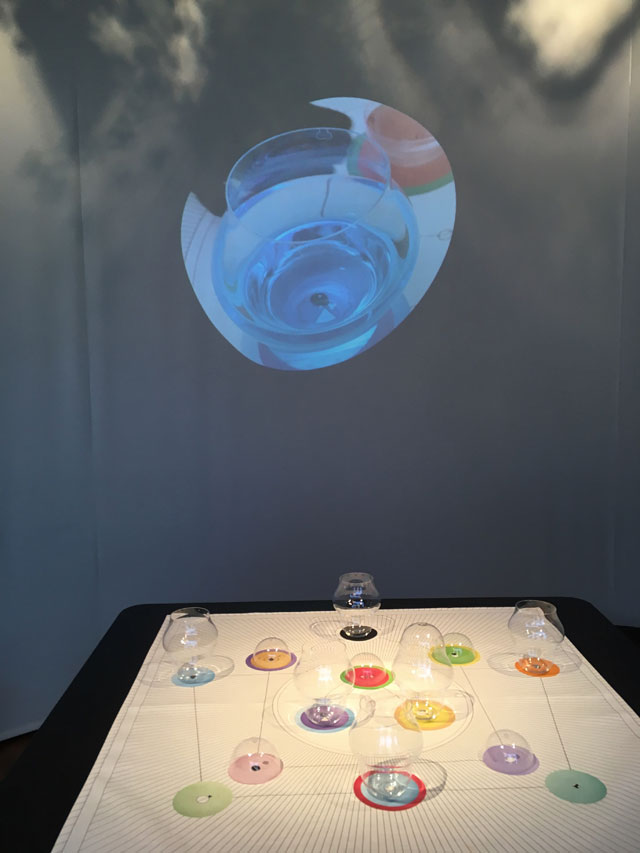 A fascinating approach to leathercraft resulted from artist/designers Hanna Burkart and Philipp Furtenbach’s immersion in the materials and processes of bag-maker Albert Pattermann. Two years ago, Burkart and Furtenbach decided to become nomads, moving into a new living space every two months, choosing places that are relatively inhospitable to see if they could find a way to design the most essential and portable objects to facilitate such transient living. With Pattermann, they decided to make the ultimate bag from one piece of deer hide. They wanted it to be made without cutting, and formed by folding and hand-stitching. Having met with tanners and learned about the process, Burkart and Furtenbach asked that the final stage of tanning be missed out so that the marks and scratches on the animal’s hide would be retained. The idea was also that each customer would know the name of the animal, where it came from, and the name of the person who killed it. “We (want) the whole lived story,” says Furtenbach. “It’s like a landscape that shows different traces of the animal’s life, from insect bites to battles.”

Eleven years ago, when Hollein and her co-founders, Tulga Beyerle and Thomas Geisler, set up this event, Vienna had all the institutions, the history and the manufacturing skills. But, as Hollein has said: “The only thing missing were good connections and a lively exchange.” That is clearly no longer the case. No wonder a rumour was spreading this year that Vienna is displacing Berlin as central Europe’s creative hub. 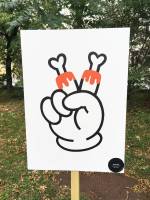 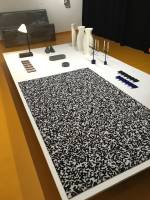 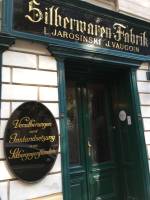