The German photographer known for his forward thinking and experimentation has gone back in time for his latest show, examining the negative, considering it for itself rather than seeing it as a means to an end

Ever since his famed Portraits series in the early 1980s, Thomas Ruff (b1958), has repeatedly tested the parameters of contemporary photography through the incorporation of technology. For the series Häuser (Houses), completed between 1987 and 1991, Ruff digitally enhanced a number of images of urban buildings, removing any obstructive details from their respective foregrounds; for Sterne, Nacht and Zeitungsfotos (Star, Night and Newspaper Photos), he enlarged specific details taken from a collection negatives that he had acquired from the European Southern Observatory in Chile; and, for the more recent collection, ma.r.s, shown in 2012, he appropriated a number of black-and-white images of the surface of Mars from Nasa’s website, digitally altering their perspective and adding sporadic bursts of pastel colouring.

With this devotion to experimentation and progression in mind, a devotion that has won the German-born Ruff and his esteemed Düsseldorf School of Photography contemporaries a significant number of accolades over the years, his latest exhibition at London’s Gagosian Gallery comes as something as a surprise. Bearing that archaic title Nature Morte, the small series abandons the forward thinking, instead redirecting focus towards a rather analogue and somewhat antiquated feature of photography: the negative.

“Due to digital photography,” Ruff states, “the negative, which I have used nearly every day for more than 25 years, has almost disappeared.” He continues: “The negative was actually never considered for itself, it was always only a means to an end. It was the ‘master’ from which the photographic print was made, and I think it is worth looking at these ‘masters’.”

In order to do so, Ruff took a small selection of found sepia images of flowers and, using digital technology once more, manipulated them to resemble cold, blue negatives, not too dissimilar from Anna Atkins’s masterful botanical photograms of the late-19th century. The sheer delicacy of these leaves, flowers and twigs is astounding. Rendered in a ghostly shade of white with a midnight- black background, the chromogenic prints accentuate each and every follicle. Minuscule hairs, vascular tissue, subtle imperfections at the edges of the leaves; these rarely observed details are drawn to the foreground and frozen in place, their twisting bodies no longer resembling recognisable outlines of plants, but something far more alien. It is worth noting that this is by no means an original technique in either scientific or artistic terms – Karl Blossfeldt’s revered portfolio of close-up silver gelatin prints comes to mind – but in no way does that take away from the sheer precision and delicacy of the works. It is as if, right here, in this west London gallery, any movement too sudden or any breath too violent could send the bone-white leaves crumbling to the floor.

The most impressive works in the series, however, are those that move from the micro to the macro and depict organised still-life scenes of flowers within glass vases. While the detailed images profit from their peculiar stillness, these compositions hold a more abstract fluidity. Leaves are layered upon leaves, overexposed petals have lost all definition and fade into white shadows, and translucent vases threaten to disappear altogether. (The words I jot down to describe this aesthetic are “fleeting”, “essence” and “echo”, and each can be applied here with a degree of accuracy.) With such depth and character, these allusive negatives seem less concerned with producing pragmatic, like-for-like replicas of lost scenes, than with capturing the essence of what once was. They are odes, elegies, ruminations; memories of a better time, memories that after years of protection are gradually slipping from view, leaving nothing behind but the outline of a vase and the colourless head of a rhododendron.

While I find it hard to fully shake a certain disappointment at the fact that the stylistically outdated Nature Morte series is the work of Ruff, an artist I have come to associate with the big and the bold and the progressive, it is hard to deny that the collection is one of beauty and deft craftsmanship. But maybe I can assuage my own scepticism. Experimental photography is experiencing a rich run of form, with practitioners such as Lucas Blalock and Noémie Goudal challenging their contemporaries to follow their lead and test the limits of their medium – recent expositions such as Photo London, PHotoEspaña and Les Rencontres d’Arles are a testament to the proliferation of this progressive mentality. With this in mind, maybe we have reached a point where the great contemporary masters such as Ruff, Thomas Struth, Andreas Gursky, Candida Höfer, Axel Hütte et al, should split from the crowd and pursue other long-neglected avenues. Maybe they should redirect their attention towards what is no longer being examined, and if that unexamined terrain falls in the past, then so be it – maybe regression can be reinvented as progression, and the forgotten become the futuristic? I’m not sure, but maybe. Definitely, maybe. 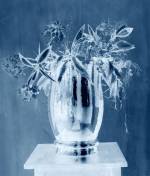 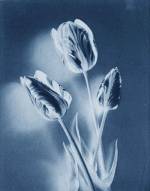 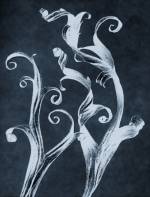