A hometown survey of the Berlin photographer captures a city on the cusp of change, anxious and expectant 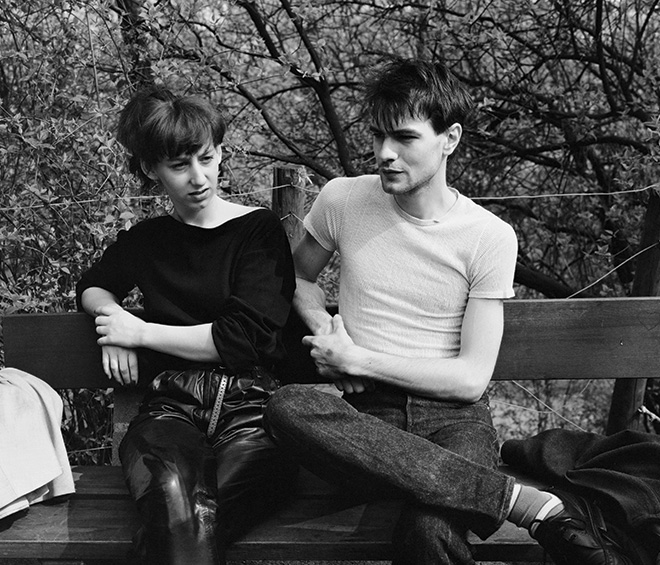 Michael Schmidt (1945-2014) never found a grey he did not like. The German photographer created an entire language of colouration in the hinterland between black and white, although, by his account, those colours were themselves just shades of the greater colour. In Schmidt’s Berlin, even snow is off-white. “Black and white,” he said, are “always the darkest grey and the lightest grey.” When he finally turned to polychromy in his final series, Lebensmittel (Foodstuff, 2012), his green apples and pink slices of processed meat have an uncanny hyperreality, as if added in with computer graphics. 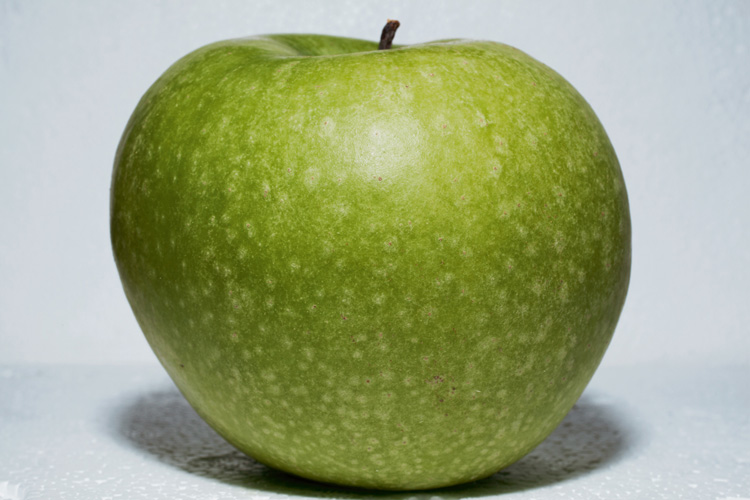 Schmidt, who died of cancer three days after receiving the Prix Pictet for this sequence, is now the subject of a career-spanning retrospective at the Staatliche Museen zu Berlin’s Hamburger Bahnhof. It seems only right that it be held here, in the centre of his home city. Schmidt was a seminal figure in Berlin’s postwar revival as an art hub. Born in east Berlin but raised in the west, he spent his life roaming the streets of the sundered city, first (at his parents’ insistence) as a police officer, and then from 1965 as a photographer. In 1976, he founded the Werkstatt für Fotographie (Workshop for Photography), an important school and gallery that brought American innovations in art photography to Germany. Later, he became instrumental in forming the exhibition and book process that has become the standard unit of auteur photography. 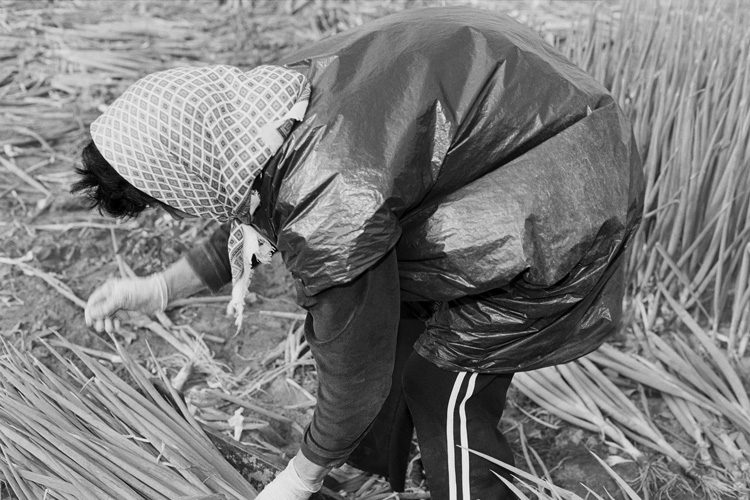 Yet Schmidt is not as well known internationally as the reigning titans of German art photography, the Düsseldorf School. This might be in part because of his devotion to grey. These practitioners – including Andreas Gursky (whom Schmidt taught), Candida Höfer, Thomas Ruff and Thomas Struth – specialise in highly composed scenes, often printed to enormous scale and lavish in colour. Influenced by their tutors, Bernd and Hilla Becher, they emphasise precision and clarity, and seek to portray the world with an objectivity. Schmidt, by contrast, is a master of the snatched moment and the furtively glimpsed view. He uses big prints to show ostensibly small things. He shot first and asked questions later. “I stroll straight into a cul-de-sac,” he says, “and can’t find a way out … failure and making mistakes is an integral part of my work.”

One way this manifests is in repetitions. Schmidt liked to cluster related photos together, so that one image never acquires a totemic status. In his 1980 series Disadvantaged, showing medical scenes, a trio of related series show an invalid in his garden from three different angles, so that neither becomes the definite image of its subjects. The Working Woman in Kreuzberg (1975), two sets of 15 photographs that show the daily routine of a nurse and a factory worker, feels like a cinematic storyboard, punctuating moments in a larger process. 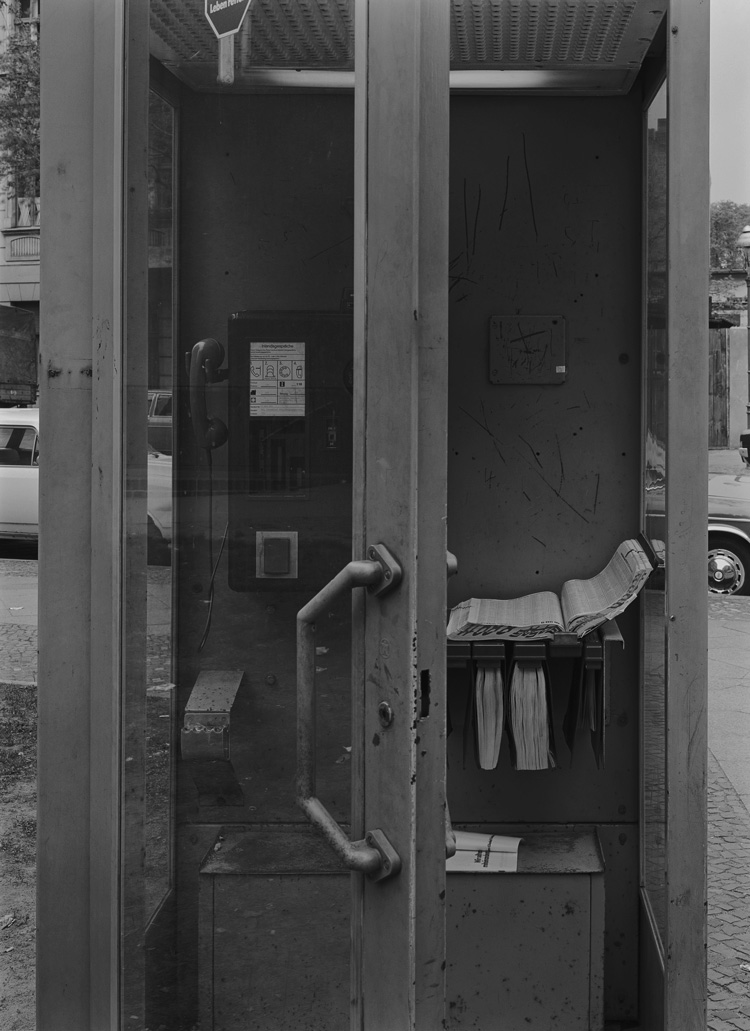 The bulk of Schmidt’s work in the 70s and early 80s was commissioned by local authorities, and served as a survey of West Berlin’s crumbing Wall-side districts. If they wanted straightforward documentation, they should have turned elsewhere. In Kreuzberg, Schmidt captured two tree trunks rising from the ground as if a pair of legs, and in Wedding an empty phone box, the pages of its directory left open. Schmidt’s Berlin is riddled with holes. We see a row of tenements from behind, naked and exposed by the loss of their adjoining street. A similar – or perhaps the same – row is glimpsed diagonally through a gap in a scaffolding platform. This is a city scrambled, quite unlike the straight-ahead perspectives of Struth’s near-contemporaneous Unconscious Places series. When we see council employees, the walls of their chintzy apartments and spartan offices seem like armour against the bleak outside. 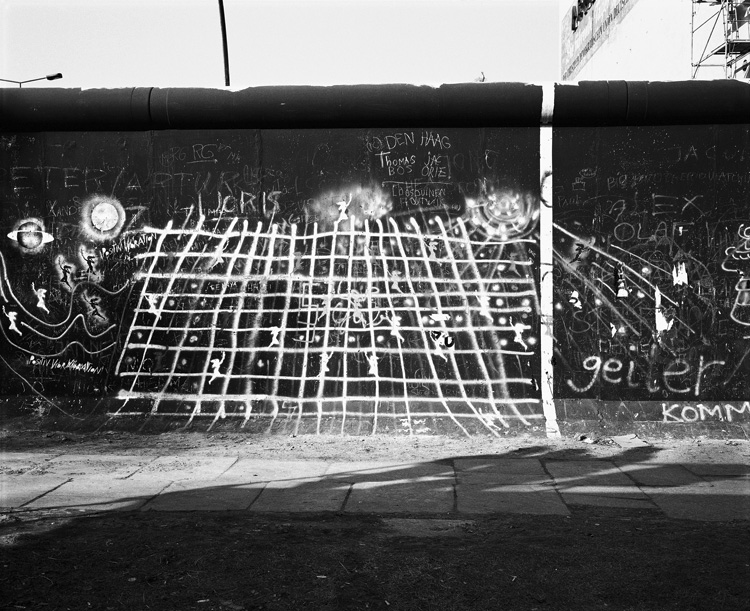 Waffenruhe (Ceasefire, 1985-7) inaugurated the second act of Schmidt’s career. It remains his masterpiece, and one of the most intoxicating photographic projects of the late-20th century. Laying aside the realism of his first two decades, Schmidt instead shot voraciously without quarter, before embarking on an intensive process of editing and ordering. The final works were then exhibited like a continuous reel, a sequence whose parts combine in the mind to construct a place, an atmosphere and narratives. 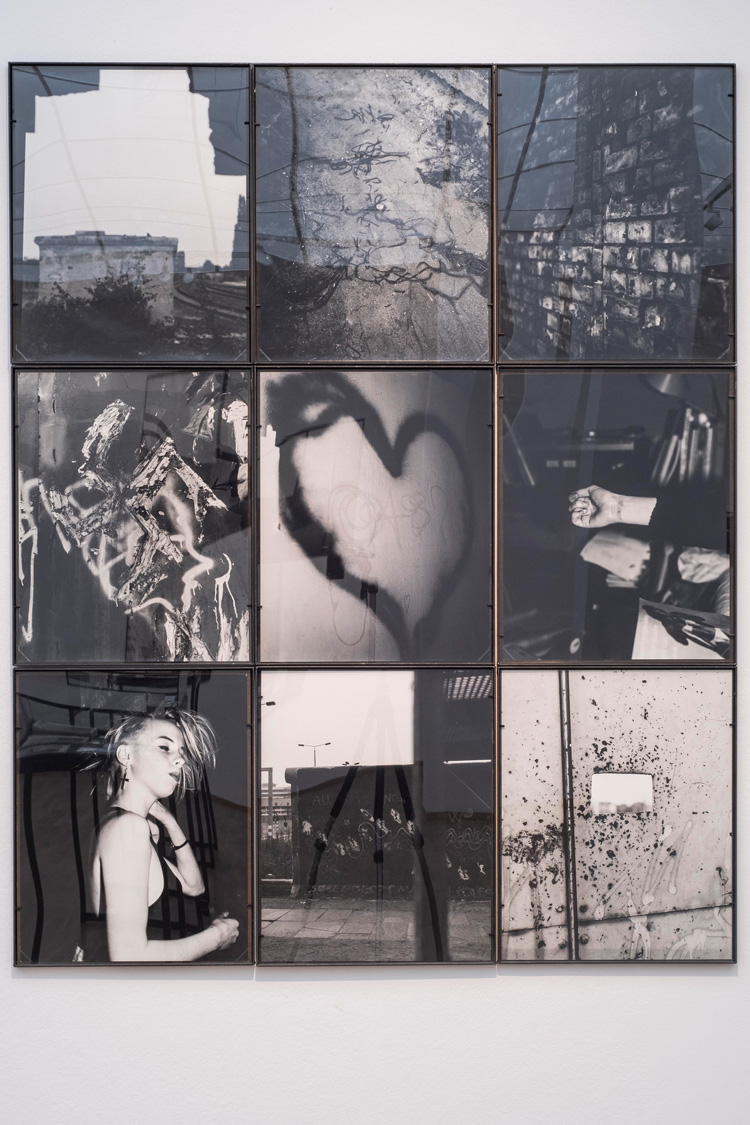 One 3x3 arrangement might stand for the whole. A young woman parties. A wasteland lies strewn with unidentifiable coiling forms. A wound marks an outstretched wrist. A sloppily graffitied heart suggests some sort of affirmative human presence, but an adjacent swastika scraped out of a wall signals the unresolved horrors of the past. While Schmidt’s earlier cityscapes could be oblique, here the city is barely visible, glimpsed as the blurred tops of buildings through a rusting metal fence. Elsewhere in Waffenruhe, blocks of flats are hidden behind a thin gauze, while another photograph shows an anonymous snatch of the city seen through paint-smeared glass.

This is the Berlin of Wim Wenders’ Wings of Desire, except without that film’s passage to hope. Schmidt’s greyscale world never erupts into technicolour. It is difficult to imagine a future for these anxious youths, whose lives are encircled by an evil empire on the cusp of dissolution. The Berlin Wall appears on the verge of subsiding. Vegetation grows unbidden, new life to replace the old. Schmidt turns his camera on the city’s insignificant minutiae, a shadowy realm between the sights and, in doing so, captures its liminality. 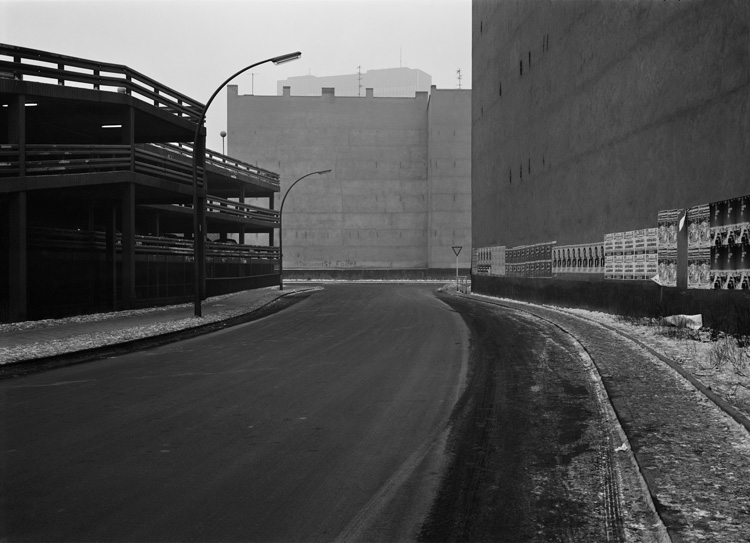 After Waffenruhe, Schmidt’s cityscapes were abstracted further, with shallow focus closeups of drab stuccoed walls. His next major series, Ein-Heit (U-ni-ty, 1991-94) saw him expand his purview beyond Berlin to depict a reunified Germany worn by the weight of his history. The impassive, repetitive facades of modern architecture and the prematurely careworn faces of young people are interspersed with archive pictures from the Third Reich, rephotographed by Schmidt, then sometimes cropped, inverted and/or obscured. Individual images seem deliberately obscured. What does this juxtaposition of past and present, authoritarian and individualism imply? Schmidt asks his viewers to draw their own conclusions.

Which brings us back to the appetite-destroying Lebenmittel. Here, Schmidt presented industrial food processing in all its enormity, without ever appearing to pass judgment. There are slaughterhouses, sausage and pasta factories, dairies, fish farms, olive plantations, greenhouses, insect farms and food processing plants. We see one cow looking resigned to its fate, another fearful. Crinkle chips fly off a conveyor belt like fat maggots, while shawl-wearing workers toil like medieval peasants to drag leeks out of the ground. It is sometimes hard to determine exactly what we are looking at, especially when Schmidt shoots supermarket products swaddled in shrink wrap. Despite the crisp clarity of the individual images, the overall spread makes the industry as shadowy and unknowable as Schmidt’s bisected Berlin. 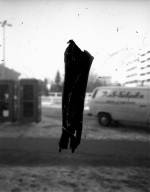 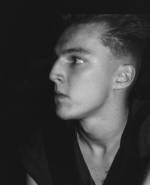 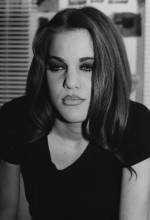 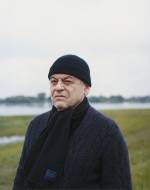