This is a Voice

This is a Voice 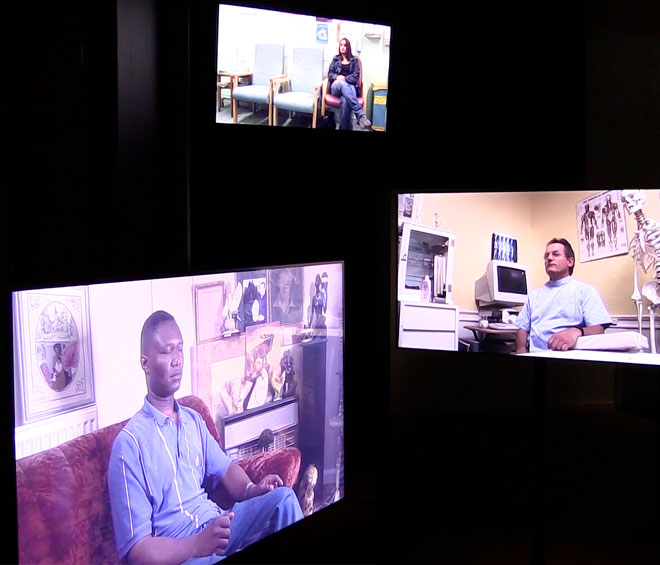 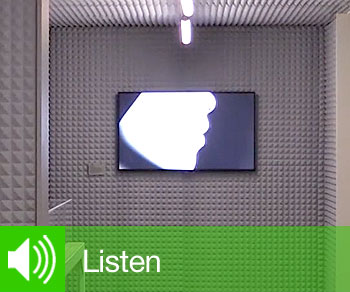 Nothing more intimately identifies us than our voice, a complex and flexible piece of biological equipment with rhythm, pace, accent, breath, intonation and limitation. This is a Voice presents paintings, manuscripts, medical illustrations and ethnographic objects, and looks inside vocal tracts, restless minds and speech devices as it attempts to capture the elusive nature of the human voice.

The show is separated into five thematic sections: Voice is the Original Instrument; Melodic Contours; The Strains of the Voice; Egophony; and The Unlocated Voice. Theories from anthropology to musicology suggest the evolution of the human voice from song for social bonding to information exchange. Here, immersed in silence, the exhibition begins with a cocoon of stillness that heightens your hearing to navigate this intimate and performative sound installation.

The voice is often the carrier of what cannot be expressed with words, and some works, such as Emily by Danica Dakić or Imogen Stidworthy’s film Alex, explore themes of voice production with psychological and biological limitations. Emma Smith, however, offers an open invitation to collaborate in the production of a new language in 5HZ (Language School). Listening to the audio guide, you are encouraged to imagine and practice a future where voice evolves and enables social bonding.

A large screen looms with the chants of monosyllables conducted with physical sharp gestures intended to silence and neutralise the accent of a migrant worker in Birmingham, titled The Perfect Sound by Katarina Zdjelar. The exhibition finishes with an invitation from electronic musician Matthew Herbert, in his new work Chorus, to deposit a sound that is incorporated into an ever-expanding sound installation playing at the Royal Opera House’s stage door in Covent Garden, London.

You have a voice, and it is probably your greatest asset, so don’t miss this rare opportunity to discover an extraordinary number of articulate historic and contemporary works that reveal new acoustic and conceptual resonances of the vocal human condition. Entrance is free.