The Story of the Country House: A History of Places and People – book review

The Story of the Country House: A History of Places and People – book review

From a medieval manor house to a modern-day folly, Clive Aslet whisks us through time and place on a fascinating tour of British country houses

Everyone likes a story that captures the imagination, and The Story of the Country House does just that. Clive Aslet animates tales of the British country house through the buildings, architects, interiors and occupants. He frames all of this in the wider political, economic and social framework that has inevitably changed over the years from the beginnings of his tale in medieval times through the Tudor and Stuart years, the Victorian era, the turn of the century and the postwar era, until now. 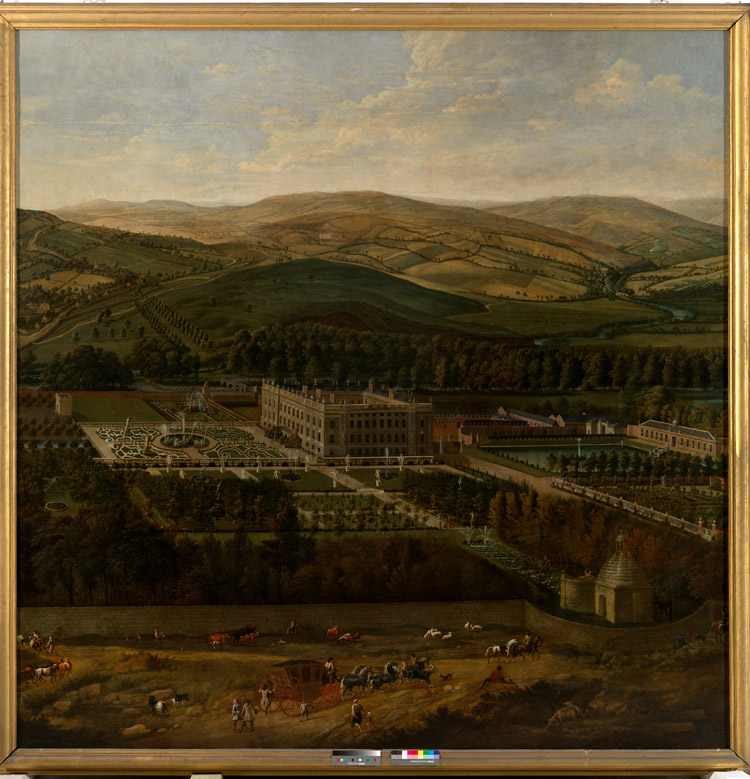 A View of Chatsworth by Jan Siberechts, painted circa 1703 © The Devonshire Collections, Chatsworth. Reproduced by permission of Chatsworth Settlement Trustees.

In his short introduction, Aslet explains how the owners and occupants of country houses had been “nurturing, reimagining and loving” them for centuries and you quickly get that sense that Aslet loves them too. His meticulous use of language to describe the architecture – the hipped roof, the rose-coloured brick – is like a gentle caress. Add to that his descriptions of the domestic activities that supported these houses – the scouring of copper pans and the bottling of fruit – and we have a fully-fledged love affair between author and subject. Still, Aslet is careful to frame this within the wider view, too, including the vagaries of extravagance and fashion, the destruction of warfare, and the bias of class and gender relations within the country house itself. 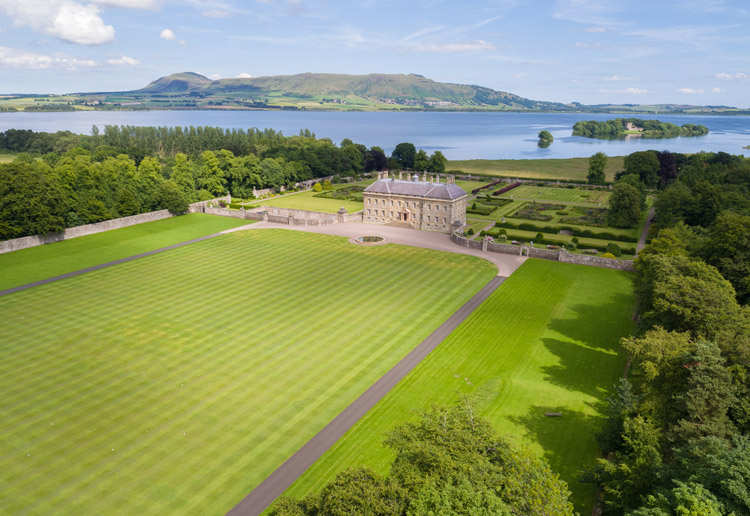 Twelve compact chapters each tell their own individual story, a story that, at the same time, contributes to the chronological flow of the book. We begin in medieval England where Aslet picks his examples well and paints a colourful picture of life in the time of feudalism, the Magna Carta (1215) and, later, the Black Death (1348-49). Peripatetic households lodged in one place, then another. The four walls of the house might be permanent, but nothing else was and an entourage of carts would be packed up with furniture, food and fittings, and even priests to travel with them. Aslet explains how a large household could not stay in any one place for more than a few weeks. By that time, the food would run out, and poor sanitation led to undesirable conditions. They would pack up again, taking furniture, pots and pans, wall hangings and bedding, leaving behind the stench and the filth to be washed down and swept out. Penshurst Place in Kent, built by Sir John de Pulteney, is said to be the best surviving example of an unaltered great hall from this time. Pulteney acquired the estate in 1338 and completed the house in 1341. At the centre of manorial life was the great hall with its open timber roof, and it is fascinating to learn how the space was used.

Lacock Abbey in Wiltshire features in the chapter on Tudor and Elizabethan times when the dissolution of the monasteries by Henry VIII acted as a stimulus for country-house building. In this instance, the name signposts its beginnings as a convent and the medieval cloisters were retained in its conversion from a nunnery to a country house. In early Stuart times, the architecture of Inigo Jones lent a new degree of formality to the country house.

When George I came to the throne in 1714, it heralded a period of growing self-confidence and a national spirit was bolstered through a countrywide style of architecture. This took the form of a Palladian revival and an antiquarianism, both accompanied by new perspectives on landscape and gardens. In the Georgian age, the agricultural revolution impacted the country house as many of the gentlemen who owned them relied on the land for income. The English landscape architect Lancelot “Capability” Brown developed new ideas in landscape gardening, his masterpiece being the park at Blenheim. Meanwhile, the architect Robert Adam designed interiors “coruscated with colour, shimmering with incident, glittered with gilding”. Travellers on the Grand Tour returned with Roman statues to be displayed in sculpture galleries such as the one at Newby Hall in Yorkshire.

The Victorian era saw the building of Balmoral Castle on the banks of the River Dee. The architect William Smith designed a Scots baronial country house to complement the landscape. This era, as Aslet’s account reveals, is full of dream-like country houses and interiors. Cardiff Castle in Wales was created by William Burges. To the original Georgian building, Burges added ornament and colour, as well as a highly decorated winter smoking room. Elsewhere, Kelmscott Manor, in Gloucestershire, was the domestic ideal of William Morris. Aslet introduces us to other changes in the story of the country house that took place as the 19th century turned to the 20th. There were practical changes as electricity became the norm. Then came the motor car, and farm machinery. This was the era of the small country house, such as Perrycroft in Worcestershire, built by CFA Voysey in 1895. Between the two world wars, country houses were often used as hospitals or convalescent homes, their expensive cars became ambulances and field hospitals were set up. The immediate postwar period saw a general decline in the country house, an “impending catastrophe” that the government undertook to address, although the revival of the country house did not begin until after the Conservative election victory in 1970. 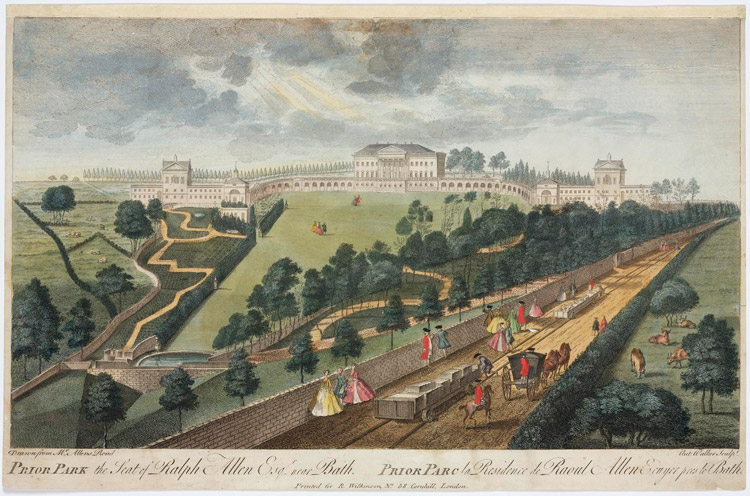 Coloured engraving of Prior Park and the Wagon-Way near Bath, 1730s. Engraved by Ant. Walker. © The Board of Trustees of the Science Museum

What of now? In the 21st century, country houses have, of necessity, become entrepreneurial in order to survive financially. They are used as film sets, house collections of classic cars or art, and are, generally, being restored and maintained to an extremely high standard. For instance, Ardfin on the Isle of Jura has been transformed to provide comfortable guest accommodation, complete with a ceilidh barn and cigar cave. It wouldn’t be my choice of destination, but it is one way for Ardfin to thrive. 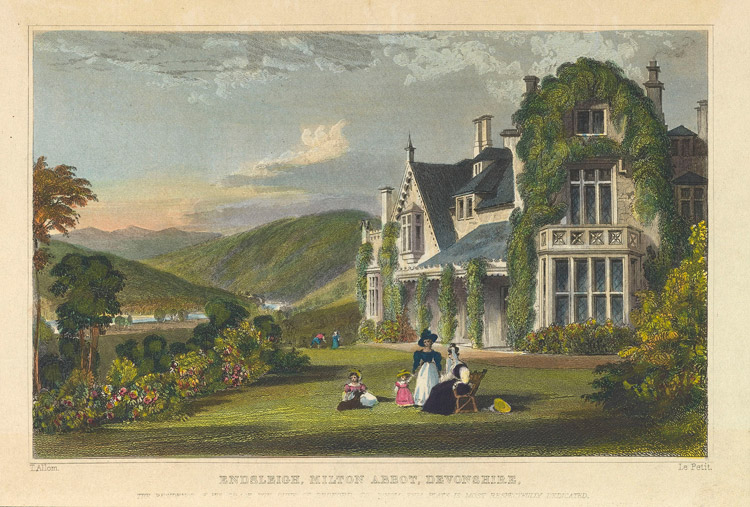 The stories in this book are fascinating, more than I imagined they would be, and Aslet tells them well. Whether it is Kelmscott Manor, on the banks of the Thames in Oxfordshire, or Stokesay Castle in Shropshire, Penshurst Place in Kent, or Nicholas Coleridge’s folly built in 2019 at Wolverton Hall, Worcestershire, we are immersed in worlds most of us can only imagine and it is a surprise to discover the continuing relevance of such historic spaces today. With this book in my pocket, visits to country houses are back on the agenda.

• The Story of the Country House: A History of Places and People by Clive Aslet will be published by Yale University Press on 28 September 2021, price £18.99