The Queens’ Jubilee! and Let Me Hold You

The Queens’ Jubilee! and Let Me Hold You

Marking the 50th anniversary of the UK’s first Gay Pride March, two exhibitions come together in a joyous celebration of the LGBTQ+ community 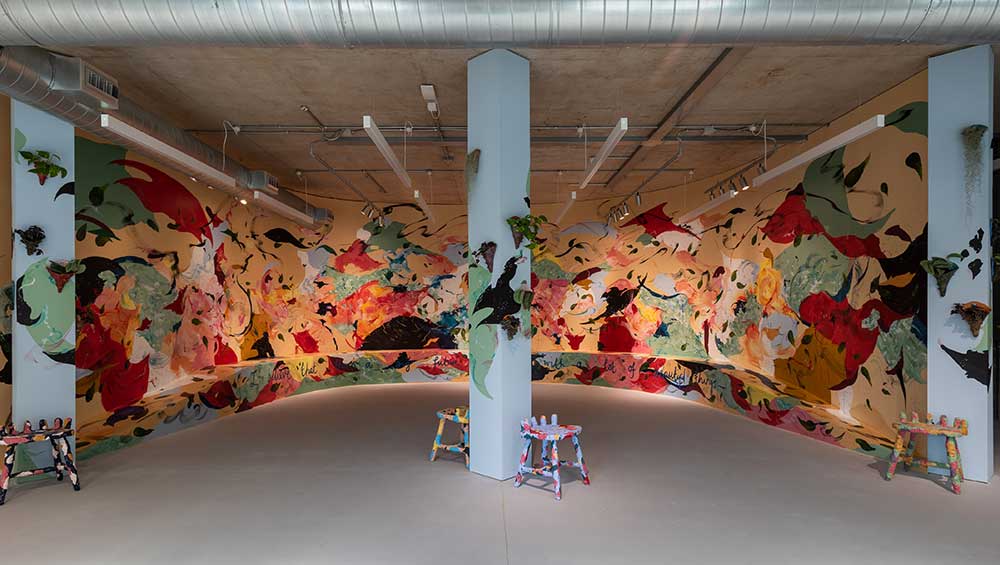 In 1972, the radical drag queens of the Gay Liberation Front (GLF) marched through central London for the UK’s first Pride march. It is shocking to realise that was just 50 years ago. Wind forward to 2022 and the creation of Queercircle, an LGBTQ+-led charity working between arts, culture and social action. Its new space in the Design District on Greenwich Peninsula in east London is a safe space for the LGBTQ+ community and a hub for LGBTQ+ arts and culture. The inaugural exhibition and archive programme at Queercircle feels like an important moment. It brings together a site-specific work by the painter Michaela Yearwood-Dan and an archival exhibition co-curated by Stuart Feather, who is an artist and longstanding gay campaigner and was a GLF activist in the 1970s. Together, these two exhibitions and the people responsible for creating them have shaped something joyous and celebratory. Much of that is down to the Queercircle’s founder and director, Ashley Joiner, a passionate individual committed to bringing their community together and creating opportunities for positive change. 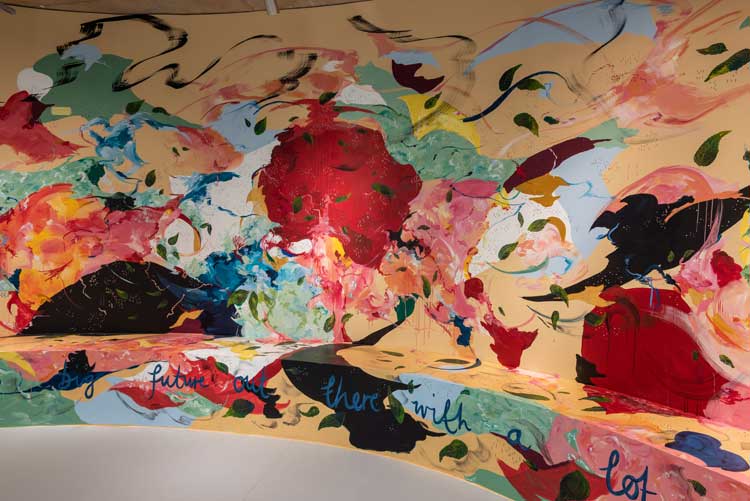 Yearwood-Dan’s work, Let Me Hold You, is a three-metre-high (10ft) curved mural with ceramic seating and planters. The bright, uplifting colours use flora and fauna motifs from nature. Yearwood-Dan foregrounds the interconnectedness of human and non-human experience, exploring what it means to be queer and to love. There is a quotation from bell hooks printed on the wall: “The moment we choose to love we begin to move against domination, against oppression. The moment we choose to love we begin to move towards freedom, to act in ways that liberate ourselves and others. That action is the testimony of love as the practice of freedom”. It seems to me that is what this space is about – sharing love, care and mutual respect in a way that is, indeed, the practice of freedom for all those involved. 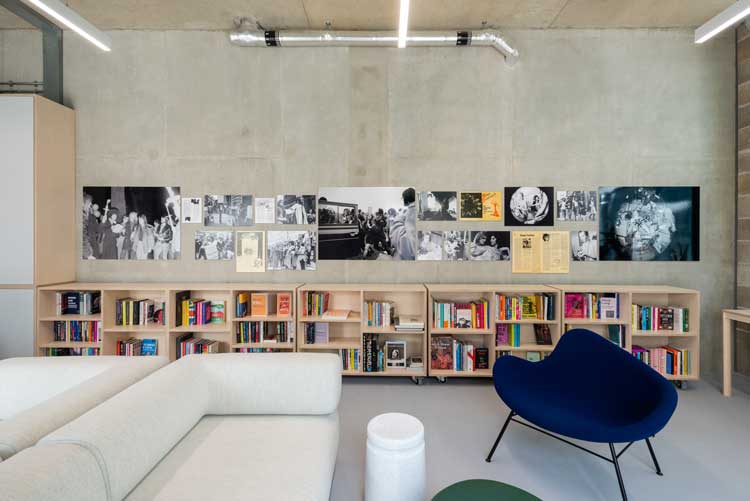 The archival exhibition The Queens’ Jubilee! is primarily what I went to see. Shown in the comfort of Queercircle’s reading room, it marks the 50th anniversary of the first Pride march in the UK by the GLF. Feather’s input is crucial: he is someone who was there, who knew the people in the pictures and experienced first-hand the events they document. Some of the photographs shown here have never been exhibited before and they are displayed alongside editions of Come Together, the GLF newspaper. The exhibition chronicles drag’s intervention in the radical politics of the day and its development from street theatre demonstrations to communal living. As Feather explains it in the exhibition information: “Radical drag can be defined as women’s clothes worn by gay men, without falsies; or pretence, or parodying women. It displays upon his body a fully determined political and social provocation that confuses sex and gender rules as laid down by compulsory heterosexuality.” 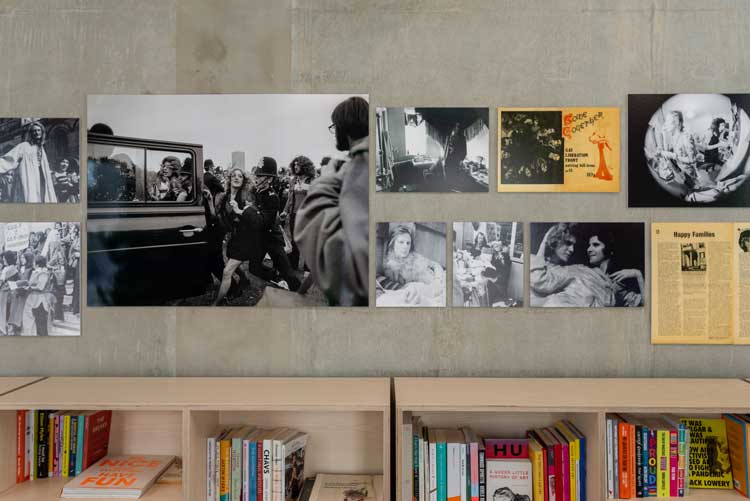 The exhibition begins with a photograph of the first openly public demonstration by lesbians and gay men in the UK, on 27 November 1970, in London’s Highbury Fields. Those present came together in response to the arrest of Louis Eaks by police, who used sexual advances to entrap gay men. In his book Blowing the Lid: Gay Liberation, Sexual Revolution and the Radical Queens (2015), Feather recalled the event saying: “Call it radicalisation if you like, but to me it felt more like arriving at the ball.” Feather’s celebratory sentiment pervades this exhibition, despite the fact that it documents protests and the need for them in an environment in the 70s that was generally hostile to the gay community. It seems important that those individuals who protested in the 70s and helped to instigate positive changes through the activities of the GLF are named. That this exhibition at Queercircle has done so (with a few exceptions), with Feather’s assistance, is an act of recognition and celebration of their contribution then and now. 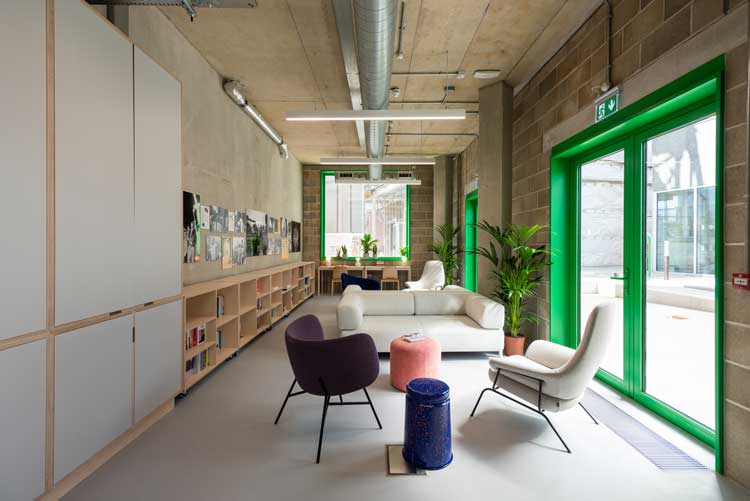 Homosexuality had just been decriminalised in 1967, and then only for men aged over 21. Four years later, in 1971, a group of fundamentalist evangelical Christians backed by Mary Whitehouse and Cliff Richard, among others, established a group called the Festival of Light with the aim of recriminalising homosexuality and abortion. The GLF demonstrated against this group and worked to disrupt their rallies, marches and meetings. The Festival of Light collapsed a month later. This is just one of the GLF’s significant achievements as marked by The Queens’ Jubilee! 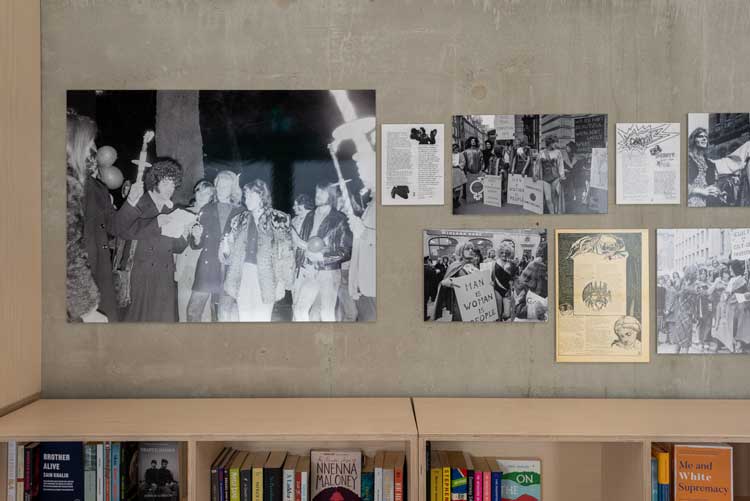 The exhibition also shows the different ways in which Women’s Liberation acted in solidarity with the GLF, and vice versa. One story, which ran in issue four of Come Together, reports how Angela Mason of the Women’s Liberation Movement invited the GLF Street Theatre to perform in mutual solidarity and protest. The occasion was the appearance at Bow Street Magistrates Court of women arrested for interrupting the live television coverage of the Miss World contest. The GLF performed its Miss Trial Competition. Photographs of the protest show a peaceful performance by the GLF Street Theatre. The magazine article Beauty and the Pig, however, tells of police harassment and threats of arrest, as well as performers being pelted with tomatoes by Covent Garden workers. As in other parts of this exhibition, the materials shown convey the seriousness of the situation while still being celebratory about what the GLF achieved. In its entirety, this archival exhibition retrieves something of the history of the GLF in the 70s, a history that deserves to be remembered. That this is shown as the inaugural archive exhibition in Queercircle’s new LGBTQ+ space in 2022 marks the achievements of the GLF in the 70s and of Queercircle now. 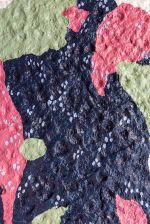 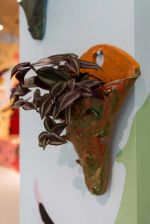