The portrait sculpture of Celia Scott

The portrait sculpture of Celia Scott

To open a door and enter a room where there are foregathered a dozen individuals, chiefly architects - James Stirling, Richard Meier, Michael Graves, Peter Eisenman, Sandy Wilson, Ed Jones, MJ Long, Alan Colquhoun, John Miller and Colin Rowe - would be to realise, from the temporary hush, that one has stumbled into a hall of fame.

The sculptor Celia Scott herself has seldom seen them all together. It might indeed by a slightly intimidating experience. Does one apologise and retract one's steps, backwards through the door? Celia Scott, as the courage and perception of her work now reveals, carries right on inside, and the conversation resumes. In this imaginary scenario the participants form loose groups: Jim Stirling, Ed Jones, Eduardo Paolozzi and Rita Wolf in one corner. Alan Colquhoun, John Miller, Michael Graves and Richard Meier opposite, with MJ Long, Sandy Wilson, Leon Krier and Colin Rowe in animated argument in the centre. For if anyone would be in the centre, it would have to be Colin Rowe. In reality this never quite happened. And now their numbers are thinning. That was the twentieth century that was.

It is a rare event to come upon a sculptor like Celia Scott - first, an architect by training, but also trained at art school - whose work is of an exceptionally high order in sculpting heads, her specialism developed over a quarter of a century, yet whose subject material is mostly confined to a discrete professional network of international architectural luminaries. The premise is indeed so specialised that in its subject material it seems to correlate with the depiction of Roman emperors and senators. There the similarity persists: the various busts are chillingly self-preoccupied, enigmatically so, and like Roman 'worthies', mostly power players 'on a roll'. To reach a pinnacle of fame and prestige whereby your peers, partners, or family might consider seriously such commemoration has to denote human qualities quite distinct from the actual talent of the subject. But the characters are revealed, by Celia Scott's gentle but forensic process. She probes each individual and brilliantly lays bare enough clues: the set of a mouth, the glance of the eyes, and force of a chin or the lie of the hair. Of course she also measures the profile precisely with a pair of calipers.

The subjects represent for the most part a selection of the most famous mid-Atlantic architects of that time, with one or two artists thrown in. This might seem to the outsider to be some kind of secret society of luminaries, a kind of benign freemason's lodge. Inevitably the mood and teleology of the work transmits the effect of power, struggle and success on the facial character of each individual. One of the most distinguished participants, Alan Colquhoun, contributes a critique to the book. He relates Celia Scott's work historically to Rodin, in his own thread of expressive realism and schematically to the painting of Lucien Freud. He writes that they both 'sidestepped' modernism's multiple developments of the past century, but he also sees that Scott does not herself seem to offer any principled rejection of modernism - her work being still part of the collective memory of society (no longer codified or institutionalised). Colquhoun evokes Walter Benjamin on ultimately having to address himself to a new and more limited audience. If this is what happens to 'high art', it continues to exist in a kind of limbo - as Colquhoun would say, disenfranchised.

It is tempting to look back to antiquity to consider Roman busts, such as for example the rather chilling representations of Julius Caesar, or of the arrogant Pompey or the sideways glancing Augustus. That of the Emperor Hadrian (now in the Capitoline Museum, Rome) conveys the imperative of a headstrong leader. Vespasian, almost an architect as creator of the Coliseum, presents just the self-satisfaction one observes in architects of a certain kind. But turning to the female figureheads, this is where Scott's own modernism is more fully in sway. The early likenesses of Francoise Choay (1987), Rita Wolff (1991) and MJ Long (1997) demonstrate how the suppressed femininity of the female Romans has been surpassed, to free up contemporary females. In each figure's expression, even in that of Scott's own enigmatic self-portrait, there speaks a force constrained as of long practice. In the portrait of MJ Long, Sandy Wilson's wife and partner, we observe her acceptance of the realities of such a working partnership here portrayed. Her collaboration with Wilson on the British Library, as on the much earlier Cornford House in Cambridge - so crucial to Wilson - reads through. The work was entitled, when part of an overseas exhibition, 'A Woman in Power', but it reveals both her realism and her stoicism. Perhaps her head, too, should be mounted in a niche close to that of Sandy Wilson in the entrance hall of the British Library.

Scott's small head and shoulders piece (of maquette size) portraying Colin Rowe captures, even on such a diminutive scale, this renowned architectural historian, critic and teacher, both in respect of his penetrating witticisms and his ready wit, and supported by his aesthetically elegant hands. The face reveals just that humanism that made him such a brilliant teacher at Cambridge, Texas and Cornell Universities in turn. This writer shared with the sculptor that dismay at what we saw of the death mask, in Washington DC, so representative in the casting, yet so much of the image of a different non-being. Thankfully Celia Scott completed the small work. It seems to have the capacity of one of those small busts of Socrates or even Shakespeare to stir our minds. The fact is, as Celia Scott says, in the text to this superb publication, Colin Rowe greatly influenced many of these individual architects to great works: as many as can be assembled together and depicted in such a manner as is only possible within sculpture as high art. Time has moved on now into the twenty-first century, the century also of Celia and Bob Maxwell's granddaughter, Lucy-May, so sublimely portrayed here.

Such is Celia Scott's technical skill that she here demonstrates how mastery of her medium has been a vital ingredient in her work. As one who is also an architect herself, and given her mastery of the fluidity of materials, from plaster to bronze, all has been assisted by the degree of application that architecture demands. She has also been mindful always of the difference, as Adrian Stokes saw it, between carving and modelling: where carving makes use of the intrinsic quality of the way that a material like marble reflects light, modelling is different as it does not need to take account of the material. A modelled form can be cast with any material.

It should be added that the publisher and designer have produced a book which is a fully adequate documentation of the work, an example to be followed in future perhaps by those art galleries which still produce serious catalogues to accompany their exhibitions. 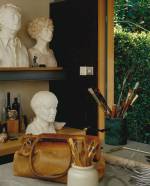 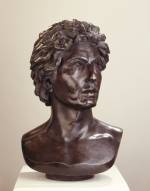 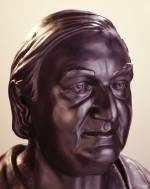 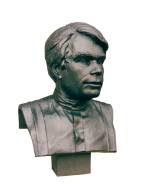 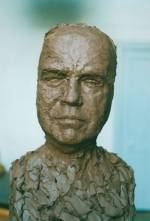 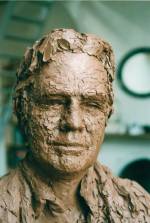 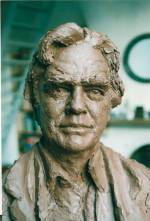