The Japanese House: Architecture and Life after 1945

The Japanese House: Architecture and Life after 1945

Featuring more than 40 architects, this exhibition traces 70 years of small-scale innovation to celebrate some of the most distinctive and significant projects to have been realised in Japan since the second world war 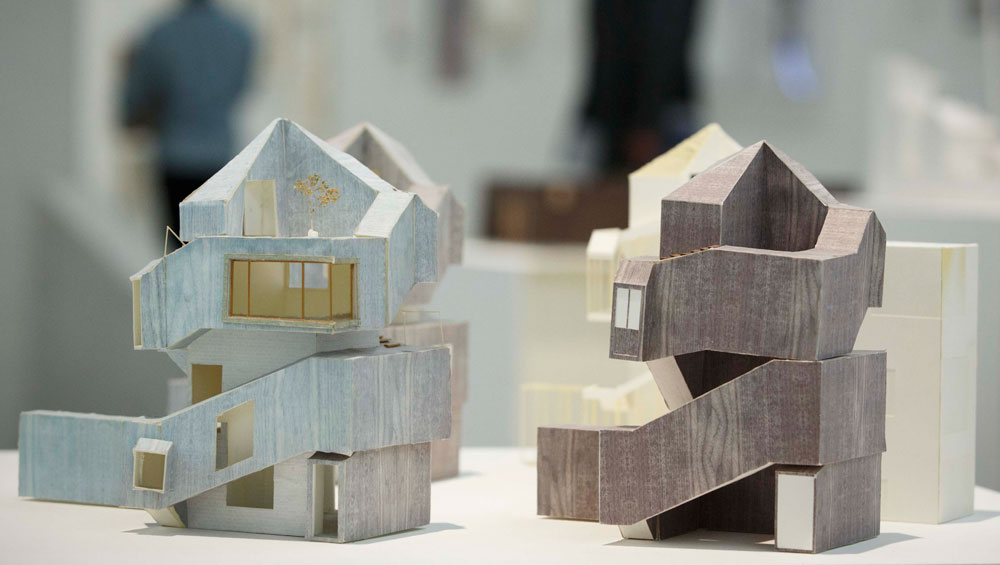 What is it that makes Japanese homes so different and so appealing? The Japanese House: Architecture and Life After 1945, an exhibition developed jointly by Rome’s MAXXI (where it was initially on show), the Barbican Centre and the Museum of Modern Art in Tokyo, offers myriad reasons for the distinctiveness and distinction of Japan’s postwar residential architecture. Spanning more than 70 years and taking in the projects of about 40 architects, it provides a substantial, at times dense, overview of the field. This is not an exhibition to rush through, but rather one to determinedly work one’s way around.

Japanese homes have been an object of enduring fascination in western museums for several years: last year alone, MoMA staged A Japanese Constellation: Toyo Ito, SANAA and beyond, and the touring show Japan: Archipelago of the House was exhibited in various small museums across Europe. Part of this is due to the architecture’s undeniable quality. Japan boasts seven Pritzker Prize-winners, more than anywhere else except the US, and has the highest number of winners in the 21st century. For those not familiar with Japan itself, it also has the allure of the unfamiliar: the highest profile Japanese architects often work largely at home.

A significant factor driving the quality of Japanese domestic architecture is the country’s valorisation of the house – a form whose small footprint and straightforward financing allows architects to try out aesthetic ideas that would be difficult to achieve, and potentially contentious, on a larger-scale. Additionally, the most significant forms of the country’s historical architecture are often domestic, such as the courtyard-facing shinden-zukuri palaces and the gabled minka farmhouses. Traditional Japanese social mores rotate around the home, as demonstrated in the films of Yasujiro Ozu.

In most countries, architects design houses early in their careers: the prestige, not to mention the money, lies with scaling up into public or commercial projects. In Japan, there is no such obvious hierarchy. Many of the country’s most vaunted architects have continued to design houses throughout their practice, while some, such as Sou Fujimoto and Atelier Bow-Wow, work almost entirely on domestic structures. Despite this respect for houses and housebuilding, there is a convention that dwellings are temporary, and shaped to meet the need of a particular occupant; many of the works in The Japanese House, some masterpieces, were demolished and replaced with a change of ownership. The resulting transience gives architects further licence to experiment.

Atelier Bow-Wow was responsible for The Japanese House’s design when it was at the MAXXI. Its open, flowing structure imitated the freeform nature of many contemporary Japanese projects. Exhibits were displayed on plywood stalls, with wall text laid out on fabric scrolls. In the clean, gently curving environs of the MAXXI, this gave the exhibition a fitting lightness – something that is harder to achieve in the gloomier, compartmentalised upper floor of the Barbican Art Gallery, which has been designed by Lucy Styles.

Although the core of the exhibits remains the same in all three outings (the exhibition will be shown next at the Museum of Modern Art in Tokyo), they differ in their large-scale installations. While Rome had Shigeru Ban’s recycled cardboard UNHCR refugee shelter (1999) and a recreation of Toyo Ito’s sepulchral White U (1976), London is playing host to a teahouse and garden designed by critic Terunobu Fujimori and a complete, full-size reconstruction of the Moriyama House (2005) by Ryue Nishizawa (SANAA).

A conventional architectural exhibition in form, The Japanese House largely consists of models, drawings and photography, with occasional context-providing films, art and manga excerpts. It is divided into a series of roughly chronological sections, each of which takes a theme often tied to a particular turn in Japanese history; a strictly chronological approach, or one that had broader, more general sections, might have been beneficial for the exhibition’s clarity.

We begin in the aftermath of the second world war with a devastated land whose architecture was largely traditional in character. The 17th-century Katsura Imperial Villa in Kyoto, a palace accompanied by several smaller buildings embedded within a lake garden, had proved an influence on Walter Gropius and Le Corbusier, but their modernism barely penetrated the work of Japan’s own architects.

The exception was in the work of the Czech-born American architect Antonin Raymond, who spent almost 40 years of his career in Japan, before and after the second world war.  During both stays, Raymond designed houses in the modernist mode, then built them with Japanese materials. His summerhouse in Karuizawa (1933) is a wholesale copy of an unbuilt Corbusier scheme, in local wood rather than concrete; when he did use concrete, he used local carpenters to work on it so that it retained some of the natural grain of wood. By splicing modern materials and techniques with traditional Japanese ideals, Raymond helped to ease the country’s architects into a new type of building. This dance between the traditional and the modern is one of main threads of The Japanese House, all the way up to Atelier Bow-Wow’s Split Machiya (2001), which references a historic form.

Once Japan had tasted reinforced concrete, it found a fitting material for its new architecture. From the late 1950s, the Metabolists plotted cities that would work like unified human bodies. Best known for their speculative megastructures and large-scale built works, such as Kisho Kurokawa’s Nakagin Capsule Tower, completed in 1972, they also innovated substantiality on smaller structures. Kiyonori Kikutake’s Tokyo home, the Sky House (1958), stands on earthquake-resistant pillars. Inspired by Le Corbusier’s piloti-mounted Villa Savoye (1929), the area below was meant to be organically filled over time; inside, the spaces were designed to be easily reconfigurable to suit the needs of a family. It thus demonstrates a sort of organicity, able to grow alongside its inhabitants – ideas that find contemporary continuance in Sou Fujimoto’s bedazzling House NA (2011). Looking more like a piling up of minimalist storage units than a unified building, its 21 spaces are less function-tied rooms and more areas that can be combined and separated for different uses.

As Japan’s economic miracle turned Tokyo into one of the world’s busiest metropolises, many architects focused on the creation of a closed, private space within the polluted sprawl. Kazunari Sakamoto’s House in Minase (1970) has limited openings on its street-facing side, while Tadao Ando’s Azuma House (1976) in Osaka goes further with a startlingly minimalist windowless facade and an entirely enclosed courtyard that interrupts the house’s two branches. Here, as so often in The Japanese House, effective design is snatched from the claw of urban privations. Elsewhere, Takamitsu Azuma’s Tower House (1966) – a six-stored triangular building of raw, banded concrete – owes its formidable form to the constraints of its tiny plot.

More recently, architects have rather chosen to create buildings that open out into the city around them, most notably Kazuyo Sejima and Nishizawa of SANAA. Nishiwara’s Moriyama House comprises around a dozen discrete block-like units of various dimensions, several containing minimalist flats for rental, and others single rooms with individual functions. There are large windows, almost square in shape, and summer terraces atop some of the roofs. Between the units sits a set of miniature gardens. The house becomes a sort of tiny settlement, a village of its own within the crowded confines of a Tokyo suburb. It is difficult to imagine a dwelling simultaneously so experimental yet so geared around human experience in another capital city.

The Japanese House is diverse and meticulous. It can sometimes be exhausting, but more often invigorates. In 1962, the hugely influential architect Kazuo Shinohara declared: “A house is a work of art.” On the evidence of this exhibition, his dictum is one that continues to thrive in his homeland. 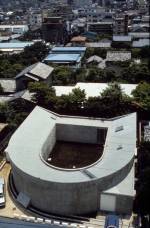 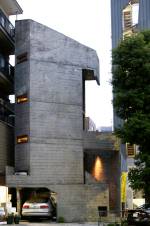 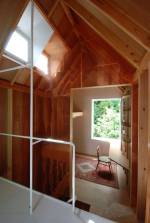