During the 1890s, Édouard Vuillard (1868-1940) ranked with the most avant-garde post-impressionist painters in Paris. A member of Les Nabis (“prophets” in Hebrew and Arabic), the young Vuillard joined companions Paul Sérusier, Pierre Bonnard, Maurice Denis, and Félix Vallotton in their radical experiments with perspective, colour and patterning. In his Nabi-era paintings and graphic arts, one sees the overt inspiration of Paul Cézanne, Paul Gaugin, Émile Bernard, Odilon Redon, and the synthetist and symbolist movements, as well as elements of art nouveau and Japonisme. Vuillard also designed sets, programmes and posters for progressive plays staged at Aurélien Lugné-Poë’s Théâtre de l’Oeuvre, some by Ibsen and Strindberg, and drew illustrations for liberal and satirical publications like La Revue Blanche and Le Cri de Paris. 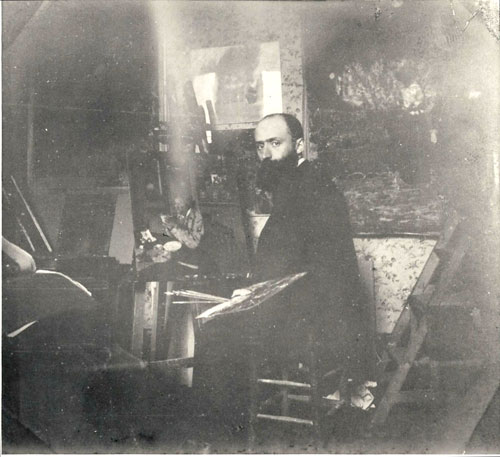 But since his death, art historians have either confined Vuillard’s impact to the decorative arts – based on the tapestry-like interior decor seen in his pictures – or judged his later work a failure of great early promise. A new show at The Jewish Museum in New York City, Édouard Vuillard: A Painter and his Muses, 1890–1940, suggests otherwise: While the artist kept one foot planted in the 19th century, his discerning character studies of Paris’s liberal, cultured, mainly Jewish elite, created between the fin de siècle and the eve of the second world war, are among the most skillful society portraits of the 20th century.

With portraits, interiors, landscapes and murals; lithographs, photographs, documents, books and periodicals, A Painter and His Muses is the most extensive display of Vuillard’s art since an international retrospective of 230 works in 2003-04.1 The Jewish Museum show runs concurrently with Snapshot: Painters and Photography, Bonnard to Vuillard, a travelling exhibition of photography by seven post-impressionist painters and printmakers – including Nabis Vuillard, Bonnard, Denis, and Vallotton – who experimented in the 1890s with the newly invented Kodak camera. The irresistible Snapshot catalogue, edited by curator Emily Easton, can be purchased in The Jewish Museum gift shop, and contains artfully composed period photography and incisive, critical writing.2 Another notable gift ship offering is a rare, out-of-print title, The Nabis: Bonnard, Vuillard and their Circle by Clarie Frèches-Thory (Flammarion, 2003).

Visitors to A Painter and His Muses can learn more about Vuillard and photography by watching a five-minute film, Vuillard and the Photograph, in the final gallery. The other six galleries are arranged chronologically and thematically. The catalogue provides an overview of Vuillard’s career, positions him securely within the avant-garde, and describes how he embraced naturalism after Les Nabis disbanded. An essay by Professor Richard Brettell (University of Texas, Dallas) connects memory and symbolism in Vuillard’s paintings and Proust’s novels, demonstrating how, taken together, artist and author represented the soon-to-disappear cultured class in fin de siècle Paris in its most private moments.3

The influence of Vuillard’s Jewish patrons figures prominently in this show. They welcomed the painter, raised in a working-class Catholic family, into their fold. More importantly, they commissioned paintings, murals, and lithographs from him; paved the way for solo exhibitions; introduced him to other collectors; became his main subjects; and formed deep and lasting friendships with him. In large-scale commissions, he could pursue the naturalism he favoured even in his Nabi years and use glue-based distemper, a medium he first encountered while working for the theatre.

Two women patrons became powerful muses for him: the musically gifted, Polish (and half Jewish) salon hostess Misia Sert, wife of Thadée Natanson; and Lucy Hessel, wife of art dealer Jos Hessel. The support of wealthy Jewish families like the Natansons, Hessels, and Kapferers was, proposes show curator and catalogue author Stephen Brown, indispensible to Vuillard’s evolving style and, one can conclude, modernism in the Parisian art world. Thadée Natanson and Jos Hessel remained loyal to Vuillard as friends, too, inviting him to their country homes outside Paris and in Normandy and Brittany and, thus, providing scenery for many of his most beautiful landscapes.

Born into a wealthy émigré Jewish banking family from Poland, Natanson and his brothers founded La Revue Blanche. The journal promoted the avant-garde and supported Alfred Dreyfus during the Dreyfus Affair. Natanson also championed Vuillard, giving the painter his first solo show at the Revue’s offices. Hessel worked at the Bernheim-Jeune Gallery, owned by his uncle and cousins, and served as Vuillard’s dealer until the artist’s death. An admirer of the Nabis from their inception, in 1900 Hessel arranged for the group’s first exhibition.

Eventually, Sert divorced Natanson and remarried, leaving the tight circle that became a cocoon for Vuillard. After 1900, Lucy Hessel dominated Vuillard’s artistic ambitions as subject, as well as his thoughts and affections. It is unlikely that Vuillard’s physical relationship with Sert went deeper than flirtation, but he and Hessel became devoted lovers until his death.

Before Vuillard met either woman – or the vanguard artists and writers who studied with him at the prestigious Lycée Condorcet or the École des Beaux-Arts – Vuillard had found a lifelong muse; his mother. The humble interiors in which he painted her differ dramatically from the graceful settings of his wealthy clientele. Yet, they show the seeds of his signature style: simplified, abstracted shapes; asymmetrical compositions; unusual perspectives; surprising colour combinations; and complex patterning. Until the age of sixty, when he was not staying with the Natansons or Hessels, he lived with Madame Vuillard and his sister, Marie, until her marriage to Vuillard’s friend, painter Ker-Xavier Roussel, took her from the family home.

After their father died, Madame Vuillard supported her children as a seamstress and dressmaker. The work of a skilled dressmaker involves patient, painstaking attention to detail. He or she needs a sophisticated colour sense and, ideally, a perceptive grasp of customers’ characters. Vuillard applied all of these skills – learned from his mother – to his intricately patterned, luxuriously coloured, optically stimulating canvases.

Vuillard did not conceive portraits in the classical sense. He painted people he knew well where they lived, worked, and socialised. He gave equal weight to people, objects, furnishings and art in his interiors. Often, people’s faces are obscured, or they are seen in profile or in reflected surfaces. Their presence might be indicated just outside the frame, or confused as foreground and background features merge. Other times, items in the rooms attract the eye; for example, one of Vuillard’s own canvases or works like Redon’s Ophelia or a Bonnard screen on or near a wall. In some galleries, works have been hung in stacked rows as they might be seen in a Vuillard interior, although more precisely placed. Clearly, Vuillard enjoyed indicating, with his brush, a telling asymmetry in the material lives of his subjects.

After an hour or so of viewing Vuillard’s lovely images the question of whether, after 1900, he created the old-fashioned, bourgeois art he had rejected in his youth seems superfluous. Like Proust’s novels, Vuillard’s vision of fin de siècle Paris endures because it is alluring and convincing. In Proust’s stories and Vuillard’s pictures, we enter a comprehensively described way of life. As an artist and a friend, Vuillard could breach the border between his subjects’ public and personal lives. Without posing and flattery, he illuminated their private moments becoming, as wall text tells us, the bespoke portraitist of their prosperous world.

1. The retrospective opened at the National Gallery of Art in Washington, DC, and travelled to the Montreal Museum of Fine Arts, Galeries nationales du Grand Palais in Paris, and the Royal Academy in London.

3. Édouard Vuillard: A Painter and His Muses, 1890–1940 by Stephen Brown. Published in association with Yale University Press, the 144-page catalogue includes 109 colour and seven black and white illustrations and retails for US$45/UK£35. 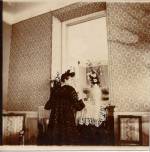 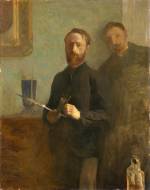 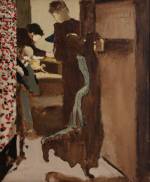 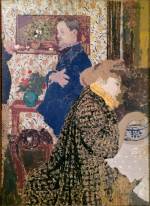 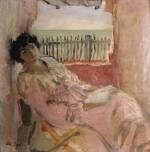 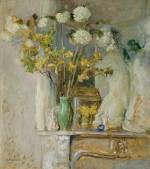