The French painter Odilon Redon (1840-1916) was a visionary artist in many senses of the term. He was a forerunner of the changes incorporated later by Modern Art and he was a visionary, meaning that he was very imaginative, a dreamer and used oneiric elements in his art.

For this reason he is considered the father of Symbolism, but he also had great influence on other movements in the course of the 20th century, such as Surrealism and abstract art. The survey of around 80 artworks – including lithographs, drawings and paintings – currently on display at the Fondation Beyeler highlights the diversity of themes that he scrutinised deeply throughout his life.

Arranged thematically, the exhibition first presents the dark side of Redon’s work. Shadows, night scenes and obscure images were predominant in the drawings he created at the beginning of his career in the 1870s. Mainly working with charcoal, Redon mastered the technique, bringing to the paper all the textures possible, from a dry appearance to a velvety surface. He once said that black was the most essential colour and, on seeing his drawings in person, it is hard not to agree, as he created entire mysterious new worlds with only nuances of the same colour. Titled Noirs, these artworks composed his first solo show in 1881.

The public, however, thought they were perplexing. This is not surprising as, within the universes he designed, were strange creatures and hybrid organisms, such as the awkward personification of objects and animals in, for example, The Smiling Spider (1881) or The Cube (1880). The former drawing is of a giant, hairy creepy-crawly with a humanised face displaying amusement, which occupies the entire sheet of paper. The latter is of a cube floating in the air with a single open eye. Indeed, eyes were a means of expression to Redon. They are a distinguishing feature shown open in this first phase of his work, and then closed later in his artistic trajectory.

We can imagine that portraits such as The Convict (1881), a prisoner with dramatic and vivid eyes crouching behind bars, gesturing with a hesitant finger that is perhaps trying to touch the bars or point to the viewer, were also disturbing to a 19th-century audience. Nevertheless, this relatively unsatisfactory reception by the public did not prevent Redon from creating fantasies out of the darkness. He also experimented with lithography and produced a series of prints, composing his dreamlike images from black and white lines. Researchers on his work agree that his later shift to colourful and bright paintings was due to biographical reasons: becoming settled in Paris, getting acquainted with other artists there, expanding his art studies and visual repertoire – for example, seeing the oeuvre of JMW Turner – his ever increasing interest in landscape painting and natural science, and the birth of his first son.

The exhibition is brilliantly designed to highlight this significant watershed in Redon’s art in 1890. The walls of the first gallery rooms, where we see his Noirs, are painted dark purple with spotlights directed towards the artworks, drawing the visitor into a gloomy ambiance until one approaches the threshold of a new chapter in the artist’s trajectory. Then, the architecture of the building is integrated into the show: a glass wall allows the water pond and the museum’s garden to be viewed at the same time as one see the bright colours invading Redon’s paintings, which are hung on yellow walls. The transfer to illuminated exhibition galleries almost induces visitors to shut their eyes slightly, like the figures that appear in Redon’s new artistic themes, as for instance the painting Closed Eyes (1894). From this turning point, the artist also embraces as motifs the depiction of fauna and flora, unreal natural scenes that include water landscapes. Monsters can still appear, but now mythological heroes such as Apollo and Perseus will overcome them. Devotional images from eastern and western cultures are syncretic in his artworks. To reach the profusion of colours aimed at in this phase, but without losing the technical consistency, Redon applied the virtuosity he learned with charcoal to his pictures with pastel crayons and, of course, oil paint. Later on, he completely abandoned the grey shades and, until his death in 1916, he explored the limitless combination of colours. The essence of each colour is examined as subsequently it would be explored by non-geometrical abstract art. Also, the juxtaposing of visual realities that an artist can create by using his/her own imagination would later be a spark for Surrealism.

The comprehensive catalogue produced for this exhibition calls attention to the influence that Redon’s oeuvre had on modern artists. Essays by academic collaborators analyse his influence not only on the Nabis, an artistic group in which artists such as Pierre Bonnard, Édouard Vuillard and Maurice Denis were involved and for whom Redon was a leader, but also on subsequent generations. In the book, the impact of Redon on artists such as Pablo Picasso and even Marcel Duchamp is well documented.

Redon’s show at the Fondation Beyeler brings together works of a great artist that are not often reunited because of their fragility, being mainly on paper, and because they are scattered among prominent collections, such as the Museum of Modern Art in New York and the Musée d’Orsay in Paris. The effort to unite them results in a concise perspective of Redon’s accomplishments and provides an important experience for those who want to understand the paths of art in the 20th century. 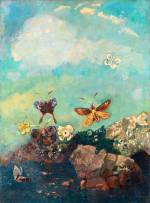 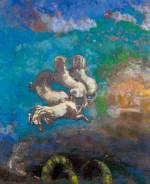 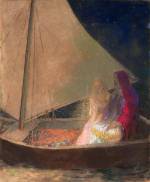 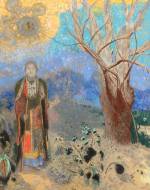 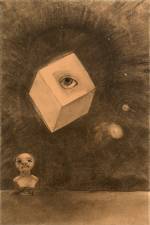 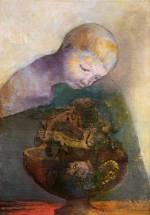 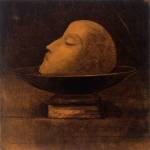 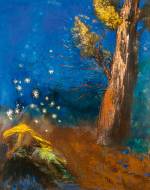 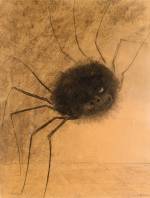 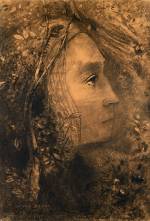 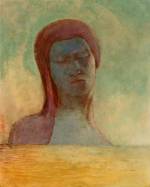 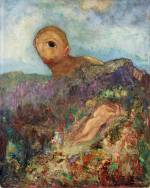