Willem de Kooning (1904–1997) observed that although Marcel Duchamp (1887–1968) had links to the Cubists, Surrealists, Dadaists and other avant-garde groups, he was a “one-man movement”. He is also known as a father of contemporary art. In 2000, a group of collectors eager to promote contemporary artists working in France joined with the Centre Pompidou and FIAC (International Contemporary Art Fair) to establish the aptly titled Marcel Duchamp Prize. Each year, the award spotlights these artists’ achievements, part of an intended overall revitalisation of the arts in France. Another goal set by these collectors – known as the ADIAF (Association for the International Distribution of French Art) – at the prize’s inception and still vigorously pursued: to involve a wider, general audience in France’s contemporary arts scene and the variety of cultures that contribute to it.

A decade after the first awards were announced, a 2011 exhibit opened at the Mori Art Museum, Tokyo in March with a display of 26 winners or finalists for the now highly coveted prize. The exhibit title comes from Duchamp’s 1920 mixed-media sculpture Fresh Widow, the first of the artist’s works to be signed by his female alter ego, Rose Sélavy. Created just at the close of a devastating war, Fresh Widow evokes a term used to describe many women of the era. The work itself is a small-scale reproduction of a typical vertical French window. Duchamp altered the effect of looking through the glass panes with black leather. The colour black might symbolise death and mourning, but could also signal rebellion, risk – physical, sexual, emotional – and danger.

Taking their cue from Duchamp’s incisive and playful exploration of the possibilities of “looking through” and “reflecting back”, the exhibit curators arranged the works into five sections. The first, Duchamp’s Window, includes works by him and his own contemporaries. Here, visitors will see Duchamp’s infamous Fountain (1917), a urinal that figured among his “ready-mades”. In his signature fashion, Duchamp turned the tables on art with the ready-mades by offering some of the most mundane objects as fine art. The first section also contains Fresh Widow, and visitors will experience first-hand Duchamp’s genius for confounding expectations and subverting conventions.

The entire exhibit revolves around the “window” theme, with the curators fitting paintings, sculpture, photographs, installations and video into the following sections: The View from the Window, The Window of Time and Space, The Window of the Inner World and Inside the Window. The construct works well to ferret out Duchamp’s influence more than half a century after his death. If his method was to make people stop thinking and seeing in order to “Think” and “See,” then the lesson has not been lost on artists who have benefited from his eponymous prize.

For example, French post-conceptual artist Claude Closky’s Flat World (2009) is an army of topographical satellite photographs printed on both sides of a paper. There are hundreds of photographs, each unique. Most people will not recognise the places shown in the photographs. But by examining a barrage of images, viewers are induced to find correspondences and forced to make assumptions (eg that the images on each side of a paper might be satellite photographs of places located on opposite sides of the earth). The work seems to be an idiosyncratic editing of a world atlas by Closky, who served as the inaugural editor of French arts journal Purple.

In The Scull (2008), artist Saâdane Afif placed square coloured panels meticulously on the ceiling, each panel appearing almost like a pixel. When one looks at the ceiling, it is impossible to discern a particular, recognisable image. To see the image – of a skull, symbol of mortality – one must look into the mirrored balls that are scattered over the floor. Afif’s work may remind some of Hans Holbein’s 16th-century painting, Two Ambassadors, which is in the National Gallery in London. Holbein distorted the image to the extent that one cannot recognise it as a scull when looking at the painting from the front. Only in the angle view does the scull reveal its presence.

“Conceptual and intellectual could be some of the [characteristics] that the artists represented in the show share,” said Reiko Tsubaki, assistant curator of the Mori Art Museum. “These works help us to open a new door of perception,” she added.

Artist Philippe Ramette is suspended “upwards” by a rope, rather than “downwards,” in his photographic work Rational Levitation (2000), which single-handedly refutes the laws of gravitation. By inserting himself into the dialogue between real and surreal, Ramette seems to be adding his “weight” on the side of the actual and the possible.

At the beginning of the 20th century, Paris, called “the City of Light”, enjoyed a privileged place as a crucible for ground-breaking art and culture, drawing artists young and old from east and west. Nearly a century later, just before the new millennium, the city’s administrators wanted to regain the city’s illustrious status. At about the same time, in 1999, when the Euro was introduced as a common currency across 11 countries in Europe, each nation set off on a quest for a stronger national identity. Having established ADIAF in 1994, French art collectors were at the forefront of this movement to both make a national statement and restore Paris as a premier art centre.

The Marcel Duchamp Prize is often said to be a counterpart to Great Britain’s Turner Prize. There is a fundamental difference in that the Turner Prize is a celebration of British artists chosen by museum directors and art professionals, who view art through an academic lens. The Marcel Duchamp Prize is chosen by private collectors driven by their collecting instincts. The first step in the award process is for nominees’ works to be shown in Paris at FIAC. Then, the winner there holds a solo show at the Centre Pompidou. The collaborative efforts of private collectors, art marketers and public museum personnel are unique to the Duchamp prize.

In an increasingly globalised world, art collectors – many of them business entrepreneurs – might well think of art as a national brand. Tsubaki explains:

“Private collectors are heavily buying at auctions or art fairs and playing a major role in contemporary art world.”

And Fuchs stated in an interview:

“It was essential to develop and emphasise the role of French collectors, who were the first to be interested in what is happening in France.”

How far has the spirit of Duchamp trickled down to the following generation? Probably not many artists working today can create art with as much shock value as Duchamp did in his time. For people living in the 21st century, life is a swirl of new ideas, new media and astounding possibilities. Facts and figures dominate, and the “handmade” seems to be losing ground to technological creation. Isn’t it refreshing to know that one look at a Duchamp ready-made can still alter our perceptions, and that contemporary artists in France – in fact, everywhere in the world – are still finding ways to protect the mystery of great art. 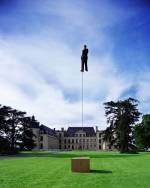 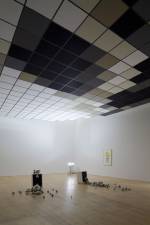 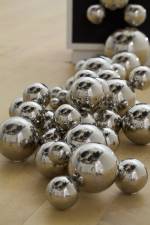