The Artist in Time: A Generation of Great British Creatives – book review

The Artist in Time: A Generation of Great British Creatives – book review

With contributions from painters, poets, illustrators and film-makers, including Ralph Steadman, Rasheed Araeen and Frank Bowling, this glossy publication gives older creatives a platform to discuss their daily working habits and motivations, and how their approaches have adapted over the years 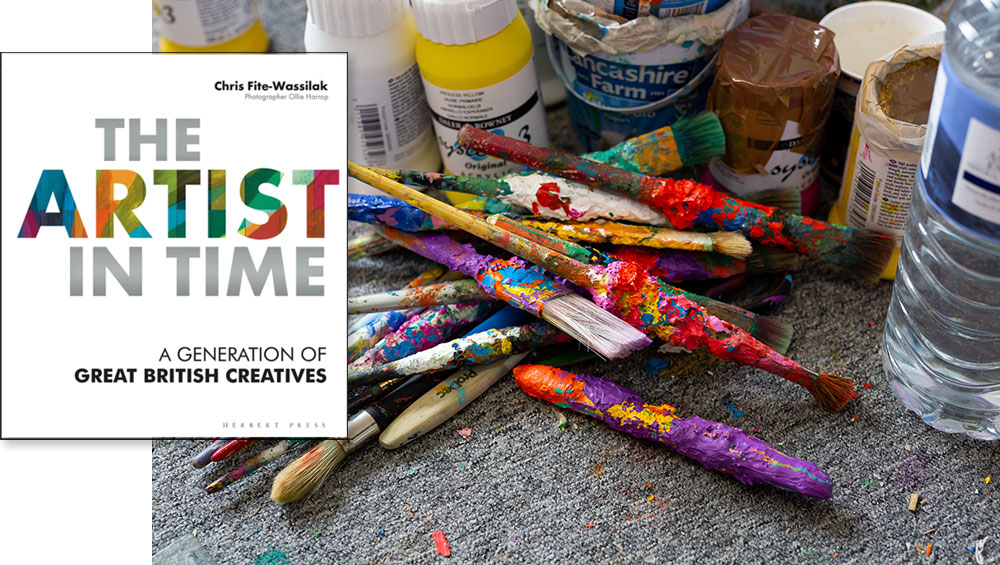 In a culture where youth is venerated and ageing is often feared, it has been encouraging to see the grant-giving charity the Baring Foundation dedicate its arts funding over the last decade to supporting activity with older people. Its most recent project, The Artist in Time, is a book that shines a spotlight on the practices of 20 UK creatives born in 1950 and earlier. Written by Chris Fite-Wassilak and with photography by Ollie Harrop, the glossy, magazine-like publication gives a platform to older painters, poets, illustrators, musicians and film-makers, who reveal, in their own words, their daily working habits and motivations, and how their approaches have adapted over the years. Some are high profile, others less well known, but all of them have wisdom to share. 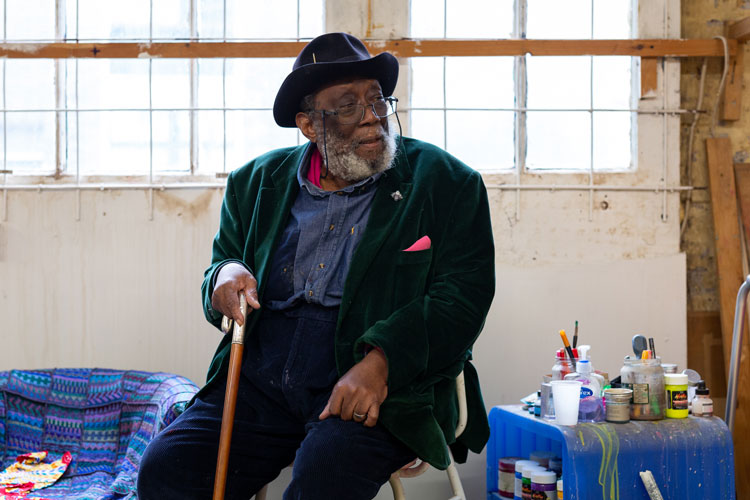 The Artist in Time comprises four chapters, each exploring a different theme that emerged during Fite-Wassilak’s discussions with the artists. Chapter one (Rhythms of Working) considers how artists get started and what sustains them, while notions of taste and intuition are addressed in chapter two (Grow Into Your Vision). Chapter three, titled Formative Moments, is concerned with the different and often unexpected routes taken on the journey to becoming an artist (the author and illustrator Michael Foreman (b1938), for instance, began on his career path after a chance encounter, while he was on his paper round as a child, with a drawing tutor). The final chapter, Forget Style, is dedicated to “the art of un-knowing” – the demolishing of barriers to creativity and the fostering of uninhibited play. As the political cartoonist Ralph Steadman (b1936) puts it: “Forget style, it just gets in the way of what it is you’re trying to do.” 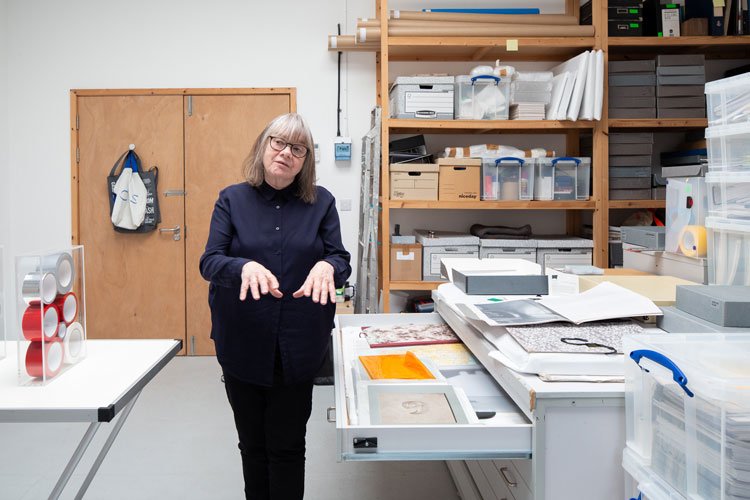 With each interview standing alone, this is a book for dipping in and out of and, as you would expect, there are nuggets of wisdom scattered throughout. Foreman, for instance, urges younger practitioners to avoid procrastination. “There’s always something to do, every day. Don’t waste a minute. Ever,” he says. Steadman is similarly encouraging, reminding us: “There’s no such thing as a mistake. A mistake is an opportunity to do something else.” One of the more surprising inclusions is Bud Edmondson (b1940), who came to art later in life after a career as a professional golfer. He encourages those who want to explore creativity but feel as if they have missed the boat: “I can definitely say you’re never too old to start. You don’t have to go home and practise every day. You just start slowly, and let it happen. It’s as simple as that.” 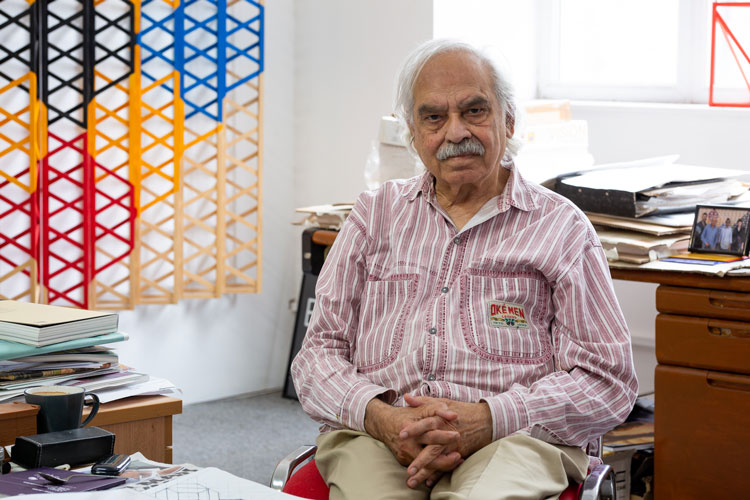 Rasheed Araeen (b1935) is one of the better-known artists here. His interview details his early years in Britain, after leaving Pakistan in 1964, his formative encounter with the sculptures of Anthony Caro and having to deal with the deep-seated prejudices that hindered his progress as an artist. However, the text, which reveals little information that is not available elsewhere, leaves you hankering for more. This is also the case with Frank Bowling (b1934); despite being an engaging read, his interview feels similarly cursory and, as with others, weighted towards early biography. Writing in the afterword, Fite-Wassilak concedes that, although The Artist in Time was intended to address the current moment, in order to discuss present perspectives, it is necessary to consider what led to and informed them. “It became quickly apparent that any perspective was gained through time, that the artists arrived at their current ways of working through one experience that led to another, then another, and so on,” he writes. While there is much to enjoy here, a bit more focus on current practice would have been welcome. 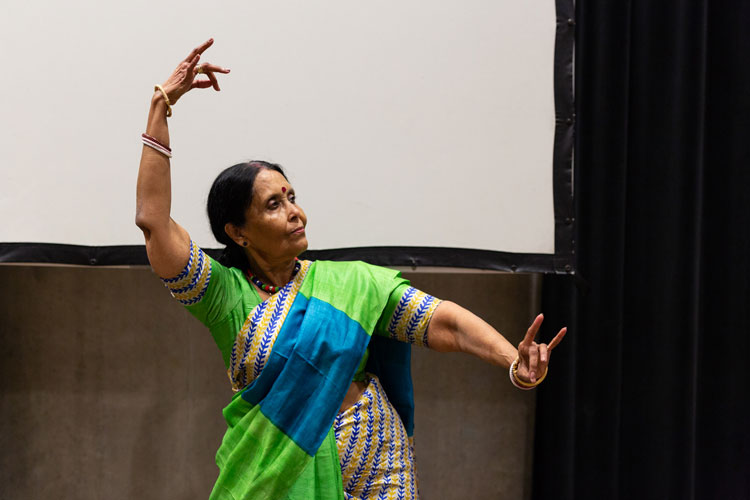 One of the book’s great strengths is Harrop’s sensitive and insightful photographs, especially his portraits. Some of these are formally posed, such as Bisakha Sarkar and Bowling, while others, including Steadman and Ken Loach, are more candid, capturing them mid-conversation or deep in thought. Accompanying these are details from homes and studios, providing fascinating glimpses into a range of working environments – from the delightfully cluttered loft room of Marian Sandham, an artist and community art teacher with Age Cymru, to Araeen’s curiously carpeted painting studio and David Hurn’s office, littered with old cameras and a vast archive of photographic negatives. In Hurn’s case, it is disappointing that there are not more examples of his work, as there is with Araeen and Bowling, but we do see the esteemed Magnum photographer (b1934) working at his computer, digitally retouching an old image. 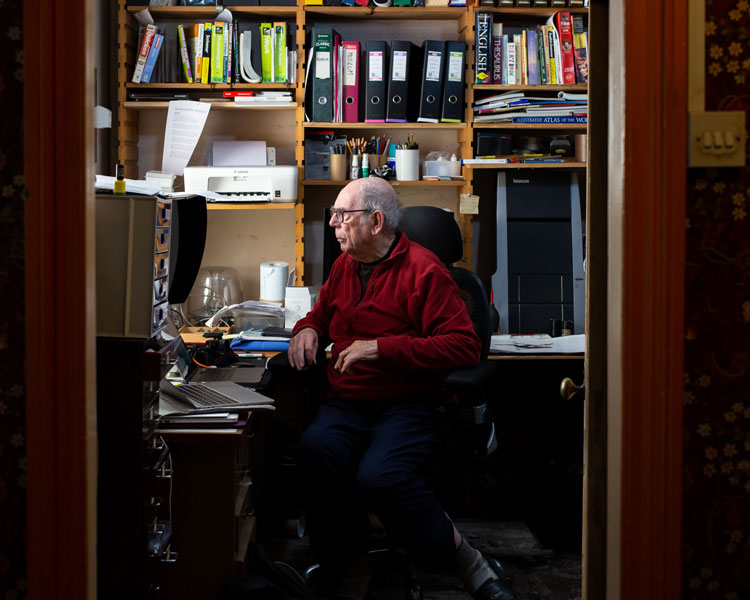 As with many artists here, Hurn muses on the limitations of advancing years: “I try to photograph every day. I’m obviously not as fit as I was, I can work for about three hours a day. I’m very aware that I don’t have that many years left that I can physically do things.” Conversely, for others, ageing has also been liberating. As Anne Tallentire (b1949) explains, getting older has allowed her more freedom: “It gets harder as you get older, you have to accept certain limits that are forced upon you, to do with your physiology. But the reverse is that you have developed a kind of muscle that enables you to take more risk. I used to live in fear of people finding out about my unconventional life, I lived in fear of getting it wrong, of being told that I was in the wrong place, that I didn’t know enough. Over the last while, that’s dropping away, I’m less fearful and more uncompromising.” 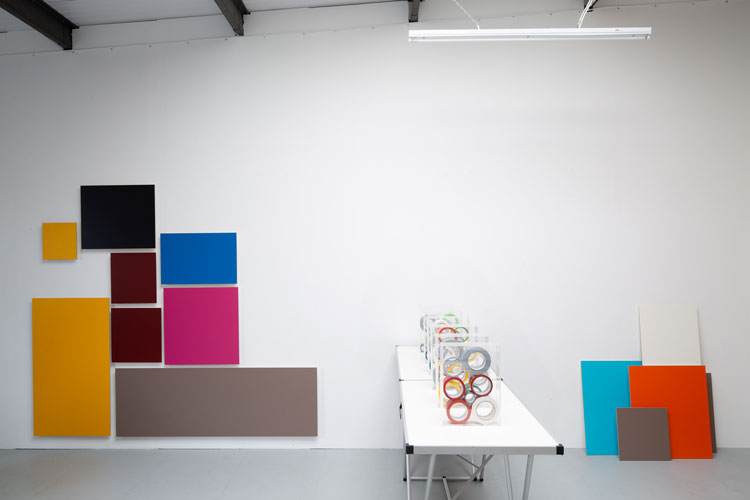 Harrop’s photography underscores the diversity of this publication. As Fite-Wassilak writes, the book’s selection of creatives is “an unlikely gathering, with disparate interests and concerns, sharing only a sense of vitality and a willingness to explore”. They also have age in common, of course, but, beyond that basic prerequisite, it is unclear why this particular group has been selected when many others are excluded. In the field of visual arts, for instance, Rose Wylie would have been a natural inclusion, as would influential figures such as Peter Blake et al. Indeed, several artists only came to their artform later in life and their presence seems harder to justify in a book purporting to be a collective portrait of a generation that has helped shape the creative landscape in the UK in past decades.

The Artist in Time is a welcome celebration of the experience and wisdom that comes with age, a collective portrait as well as an encouragement to younger generations of artists. What emerges most strongly, however, is the compulsive nature of creativity. All of these artists are way beyond retirement age, yet they keep going, compelled to create and perform. As the dancer Jane May (b1932) insists: “I’ll go on performing as long as I can.” It is inspiring to see that old age need not be a barrier to all kinds of creative pursuits. Indeed, art – broadly defined – provides a kind of sustenance. As Sandham (b1945) asserts: “If it’s a passion, it’s with you all the time. It gives you something to think about, it’s something to excite you. It sustains you: it’s nutritional.”

The Artist in Time: A Generation of Great British Creatives by Chris Fite-Wassilak is published by Herbert Press, price £16.99. 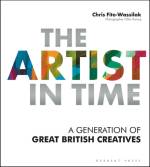