Strange Beauty: Masters of the Renaissance

Strange Beauty: Masters of the Renaissance

Strange Beauty at the National Gallery presents some interesting ideas about British attitudes towards German Renaissance art, and highlights some captivating masterpieces. But for regular visitors to the gallery, the exhibition may seem surprisingly familiar.

The National Gallery’s relationship with German Renaissance painting has, until relatively recently, been a cold one. As this exhibition demonstrates in its first room, taste has historically favoured the plump bodies and soft light of the Italian Renaissance over the coolly lit, sinewy figures of northern Europe – so much so that, in 1856, an act of parliament, for the first and last time, forced the National Gallery to sell all but 17 paintings from the Krüger Collection, which it had purchased just two years before. Public opinion was no less vitriolic. William Gladstone, who, in his capacity as Chancellor of the Exchequer had spearheaded the purchase of the 64 German paintings, was lampooned in the press for his poor judgment and bad taste.

This exhibition is, in many ways, the warm-up act for the National Gallery’s forthcoming exhibition Veronese: Magnificence in Renaissance Venice, opening in March. As a result, a great many of the paintings have been sourced from the gallery’s own collection, which visitors can normally see free of charge. The remainder have been borrowed from British collections (some have ventured only the short distance from the British Museum and the Victoria and Albert Museum) and none, sadly, from Europe. As a result, Strange Beauty presents many old friends from the National Gallery’s walls, but very little new material. For example, Hans Holbein the Younger’s familiar (and captivating) portraits feature heavily, with the frustrating mention that most of his religious and mythological works remain on the continent. It would have been a pleasant surprise, on entering Room Four, to be greeted with one of Holbein’s allegorical scenes, perhaps from a German collection, instead of The Ambassadors – a masterpiece that is wholly impressive, but usually free to view.

The works, familiar or not, speak for themselves. Albrecht Altdorfer’s Christ Taking Leave of his Mother, painted around 1520, beautifully highlights the “strangeness” in German religious art of the Renaissance. An oddly proportioned Christ (extended, his arms would reach the floor) stands addressing his grieving mother and her companions. The group is arranged before an intricately painted alpine landscape that sees every stone and leaf rendered in minute detail. The exaggerated limbs of the group paired with the pale, contorted faces of the women points to a suffering that is both otherworldly and earthbound. The Virgin Mary has collapsed backwards dramatically, overcome by the knowledge that her son is leaving to meet his death. Her pain is not represented with the graceful gestures of a Raphael, or the noble sorrow of a Michelangelo, but with a more real, more human awkwardness.

An incredible attention to detail, especially in the depiction of the natural world, became the mainstay of German Renaissance art. A Portrait of a Woman of the Hofer Family, painted by an anonymous Swabian artist around 1470 revels in the precision made possible by the relatively recent “invention” of oil painting. The pale, tight-lipped sitter balances an impressive white headdress on her crown, which in turn offers a resting place for a fly painted so intricately that it was surely included by the artist to showcase his skill. In her hand, the woman holds a delicate posy of forget-me-nots, a reminder of the sitter’s mortality.

Equally arresting is Holbein’s portrait of Christina of Denmark, Duchess of Milan (1538). The 16-year-old sat for the artist for just three hours. Holbein presented the resultant painting to Henry VIII, and, in doing so, introduced Christina as a prospective wife. The portrait did its job, but the young widow turned Henry down, quipping that if she had had two heads, she would have gladly given one to the King. Holbein certainly captured her wit. Her direct gaze, simultaneously alluring and intelligent, stops you in your tracks. A half smile and a raised eyebrow lend her a knowing and flirtatious air.

That other giant of the German Renaissance, Albrecht Dürer is represented with the inclusion of several stunning engravings. One of his most famous prints, Melencolia I (1514), has been the subject of myriad interpretations, but is often seen as Dürer’s comment on creative inertia, that affliction considered common to the intellectual mind constrained by the limits of its craft. It is displayed next to a beautiful preparatory sketch of a child’s head. Also included is this exhibition is the National Gallery’s first attempt to acquire a painting by the German master. Purchased in 1854, Portrait of a Man (1514)was later found to be by another artist, and Dürer’s monogram was removed. The artist Ford Madox Brown, referring to its linear style, commented that “the Dürer”, which he believed to be a fine painting, nonetheless appeared to have been mapped, rather than painted. He considered the other German paintings in the collection at that time to be “absurd old pictures”.

The last room features no paintings at all, but reinforces the rather laboured concept behind the exhibition. Awkward questions such as “Is ugliness more authentic than beauty?” cover the walls, smacking a little too much of a first-year art history lecture. This exhibition does highlight some interesting points about British attitudes towards German art over the past two centuries, but ultimately it feels like a missed opportunity. Rather than rearranging much of the National Gallery’s existing collection, much of which survived the 18th century purge purely because it included the least “strange” examples of German art (Holbein and Dürer never went out of fashion), the curators might have tried to include pieces from European collections. This exhibition opens just weeks before Veronese, which will be displayed in the main gallery, the reason in fact for the displacement of the German art forming this exhibition in the Sainsbury Wing. Veronese promises to be the National Gallery’s main attraction of 2014. 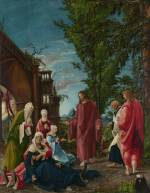 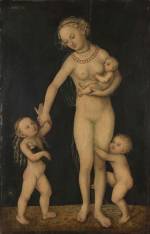 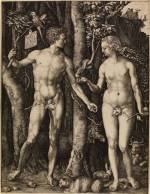 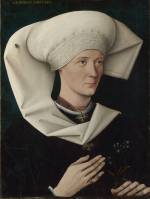 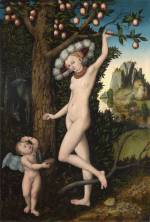