Still Undead: Popular Culture in Britain Beyond the Bauhaus

Still Undead: Popular Culture in Britain Beyond the Bauhaus

One hundred years since the founding of the Bauhaus school, this exhibition considers how it influenced the UK’s cultural scene, from film to music and performance art to hairstyles 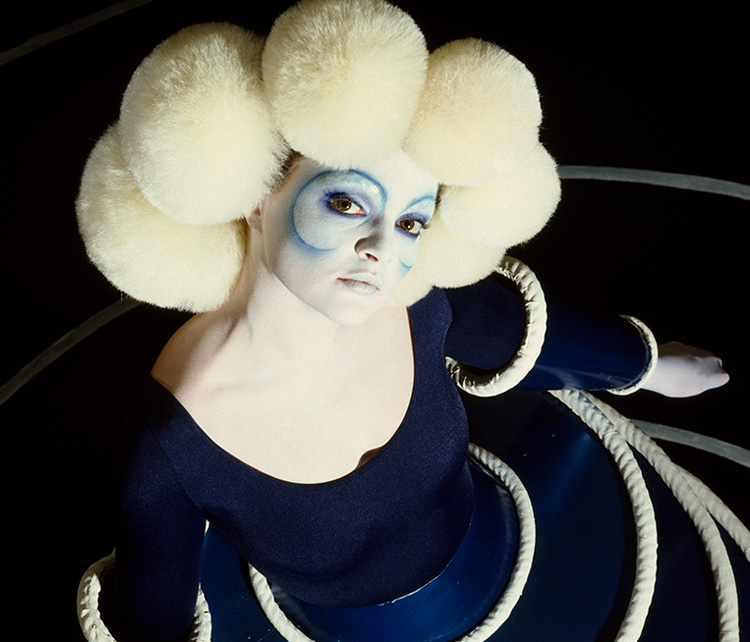 It has been a big year for the Bauhaus. Celebrating 100 years since the founding of this experimental school in Weimar, by Walter Gropius (1883-1969), with a stated ambition (if not entirely realised) of inclusivity across art, architecture, craft and design, almost every cultural institution in Europe and beyond seems to have felt the need to commemorate its innovation and eclecticism. There have been highs - Anni Albers’ first major UK show, at Tate Modern – among the more standard approaches (usually showcasing a nation’s own contemporaneous designers who reveal Bauhaus inspirations or influences, as witnessed from Finland to Holland). But few have taken the more expansive approach of Nottingham Contemporary, looking at how the émigrés, fleeing to the UK to avoid Nazi recriminations - or worse - have left their mark on so many cultural formats from film to music, performance art to hairstyles, across such a wide span of time, stretching from the 1920s to the 90s. 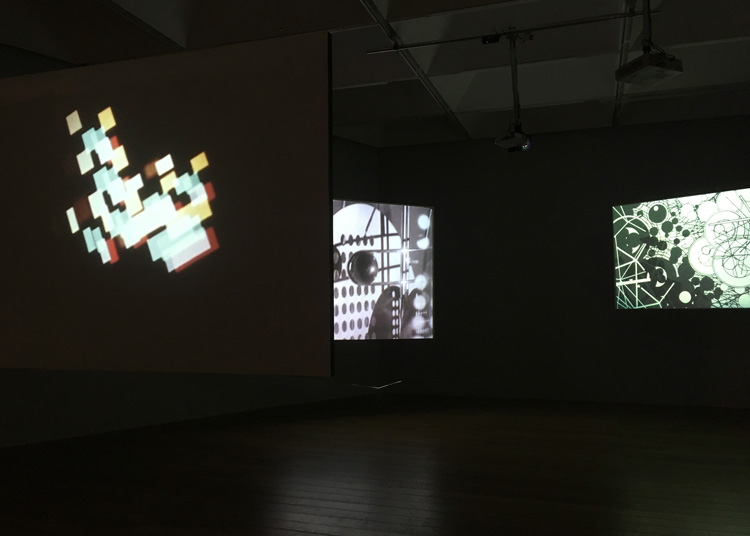 Split into seven sections, the show begins with experiments in light and sound. In a darkened room are a few flickering screens and not much else. One of them depicts Reflektorische Farblichtspiele (Reflecting Colour-Light Play) conceived by Kurt Schwerdtfeger (1897-1966) for a 1922 Lantern Festival at the school in Weimar. It premiered at a party hosted by Bauhaus master Wassily Kandinsky (1866-1944). Parties were a major element in the Bauhaus curriculum and students and staff alike were expected to dress up in outlandish costumes and contribute to the parties’ staging and entertainments. This particular party trick of Schwerdtfeger’s involved a handmade apparatus equipped with lamps and stencils, which performers would move back and forth, creating overlapping shadows and patterns, to a rhythmic soundtrack. The curators propose that these early experiments were precursors of today’s multimedia art installations. 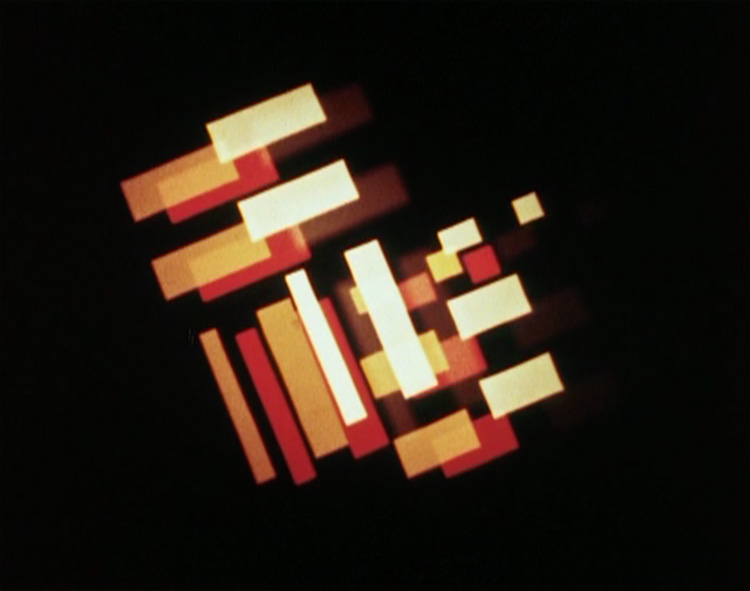 A large and softly lit gallery introduces the second room, Bauhaus Émigrés in Britain, covering the 30s to 40s. Those who fled Germany after the Nazis closed the school’s third home, in Berlin, in 1933, included Gropius and Marcel Breuer (1902-81). A few of the Bauhaus masters and students ended up settling in the UK, but more – including Gropius and Breuer – travelled on to the US, finding the UK not particularly receptive to their avant garde ideas. One of those who stayed in the UK, at least for a while, was Ludwig Hirschfeld-Mack, who studied at the Bauhaus in the early 20s: in a substantial newspaper clipping from January 1939, he is shown, with a handful of photographs, demonstrating a colour-coded musical instrument he developed to enrich an understanding of harmony, while teaching at schools in south London. 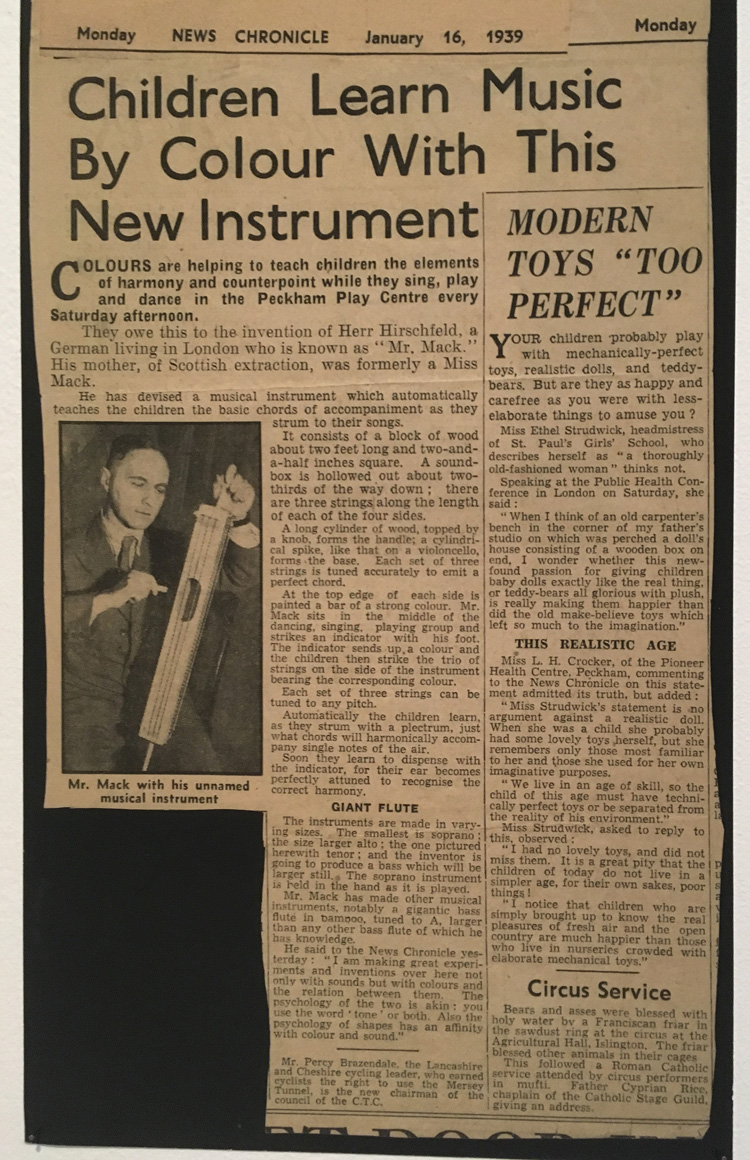 Despite his seeming success as a teacher in London and later Wales, he was deported to Australia in 1940 as an enemy alien, working as an art teacher until retirement. His methods (according to the caption) had a lasting impact on art education in Australia. Also shown in this section is a 1935 photograph by Edith Tudor-Hart (1908-73), showing an ultraviolet-light treatment at the South London Hospital for Women and Children. A Bauhaus photography student, she later used her photographic skills to document poverty and social unrest. She fled her native Vienna in 1933, moving to London with her British husband, Alexander Tudor-Hart (1901-92), a doctor. The pair campaigned - and later laid the groundwork - for the establishment of the National Health Service in 1948. 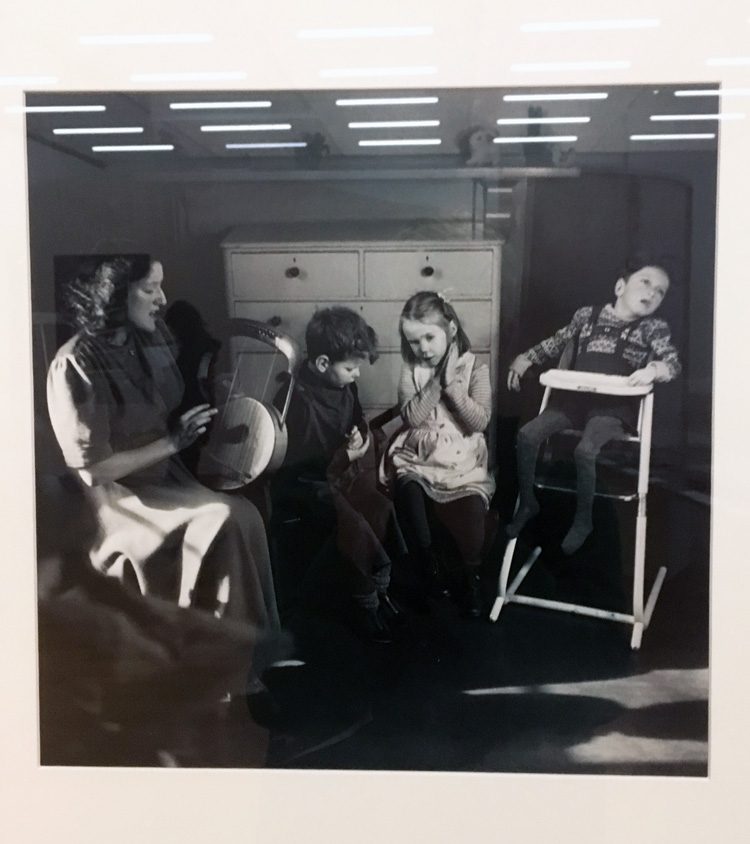 The show, which draws on research gathered by the Bauhaus Kooperation Berlin Dessau Weimar, the Goethe-Institut and Haus der Kulturen der Welt, Berlin, is rich in historical depth, but sometimes short on exhibits. There are some wonderful works by two of the stars of the Bauhaus’s textile studio, Otti Berger and Margaret Leischner. Berger found employment designing fabrics for a Bolton-based firm, Helios, but, having travelled to Yugoslavia to assist her family, Berger, who was Jewish, failed to make it back and died in Auschwitz. Leischner was more fortunate: in the 1950s, she became a professor at the Royal College of Art. 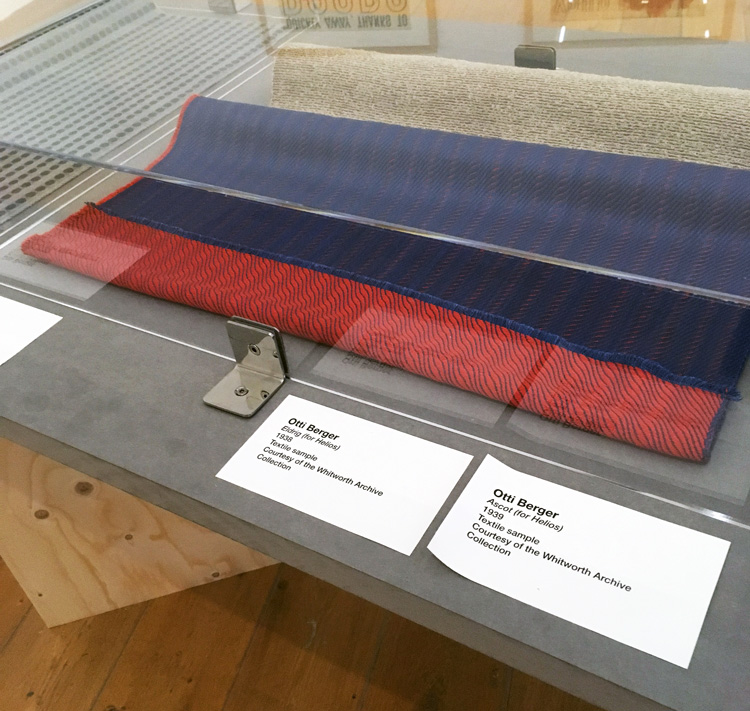 Many of the Bauhaus émigrés, however, struggled to find work in their preferred disciplines, and ended up designing posters, window displays, theatre sets, clothes and furniture, photographs of which are displayed in this room, alongside promotional materials that László Moholy-Nagy (1895-1946) designed for Isokon, and brochures for furniture Breuer designed for the firm. Tudor-Hart’s photographs also document the opening of the Lawn Road Flats, a modernist block in Hampstead, north London, and one of Isokon’s flagship projects, inspired by a visit the Canadian architect Wells Coates (1895-1958) and Isokon director Jack Pritchard (1899-1992) made to the Bauhaus in Dessau. 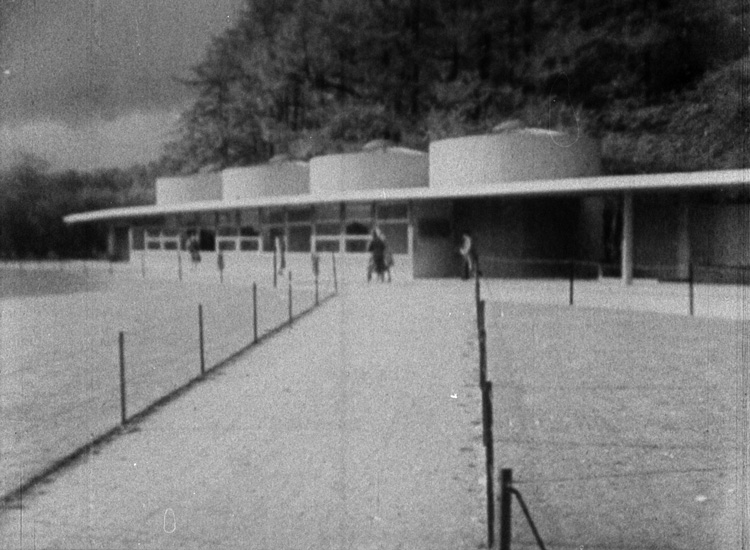 What is almost impossible to convey is the sense of wonder with which the assorted Bauhaus-influenced projects must have been viewed when they first emerged in the UK. The closest we get is via Moholy-Nagy’s 15-minute film celebrating the new ultra-modern enclosures designed for the animals of London Zoo (The New Architecture of the London Zoo, 1937). While Berthold Lubetkin and the Tecton group’s 1934 concrete penguin enclosure usually receives all the architectural attention (despite it no longer being deemed fit for penguin habitation), there are many other structures Moholy-Nagy’s camera lingers over. 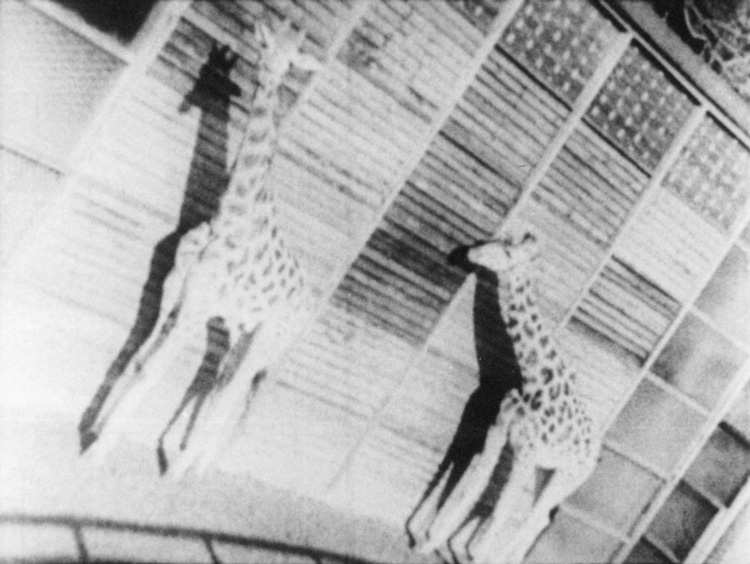 For me, the more remarkable one is a modular, wooden enclosure, made of interchangeable panels (though its author is uncredited), in which two giraffes look utterly at home. Quite extraordinary is Lubetkin’s earlier, 1932-3, concrete-and-glass gorilla house, the camera lingering over the mechanism by which the circular enclosure opens out and shuts down, according to the season; and the smooth mechanism of the sliding window panels that permits gorillas, or alternately visitors, to roam unafraid. The radicalness of these ideas - that dwellings can be reduced to mere geometry and engineering – is almost tangible. These buildings apparently did much to convince the general public that modernism might work for humans, too. 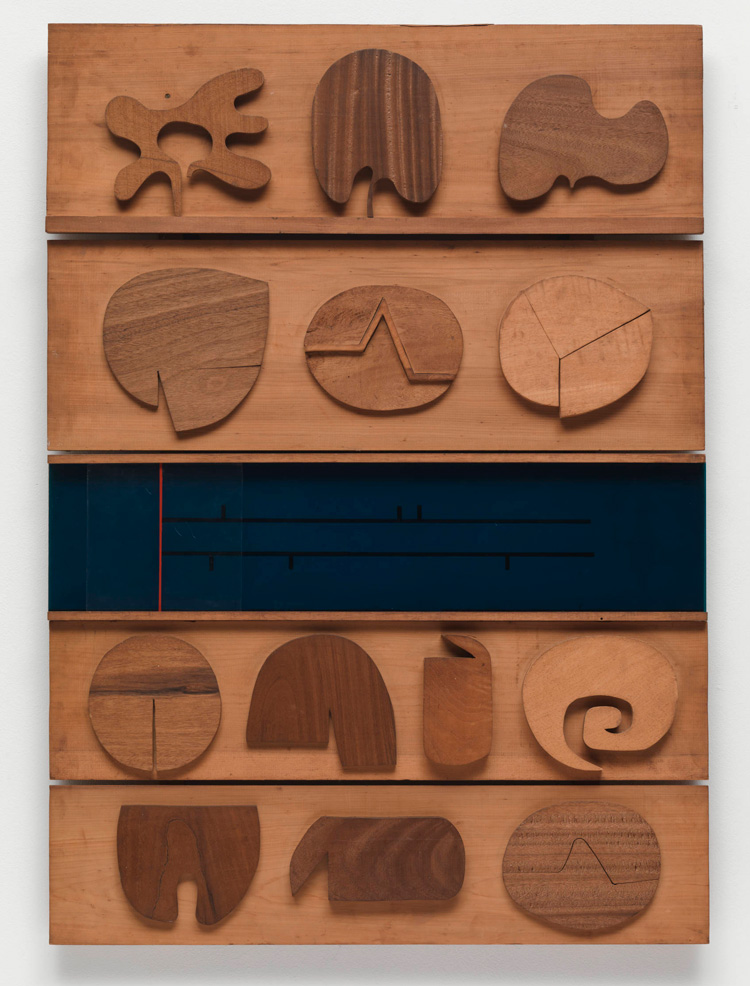 The third gallery focuses on Basic Design, a foundation course inspired by the Bauhaus’s innovative, multidisciplinary “Vorkurs” (preliminary course) introductory teaching method, giving students a chance to try out a wide range of materials and techniques, and valuing originality and intuition over the old, imitative form of apprenticeship-style education. The Basic Design approach was pioneered in the 1950s, and endures today. It was often schools outside London – such as Leeds, Leicester, Cardiff and Ipswich – that were seen as the most experimental. There is a fascinating group of works in this room, made by leading art educators and pioneers, including the perspex and wood Video-Roget (1962) by media art pioneer Roy Ascott (b1934), Architectural Relief (1961) by Stephen Willats (b1943), and the ghostly painting Reflection on Three Weeks in May (1970) by Rita Donagh (b1939). 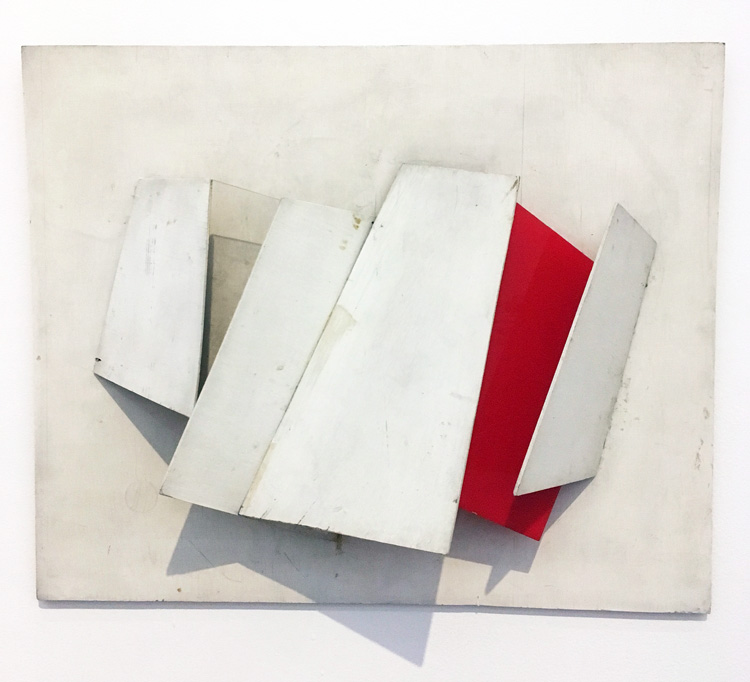 Leeds Polytechnic was so pioneering it warrants its own gallery. Apparently a hotbed of experimentation, it was deemed one of the most influential art schools in Europe during the 1970s and 80s, majoring on experimental sound and performance. Its influence is demonstrated here across many contemporaneous music trends, both visually and aurally, from punks to goths and metal. Frank Tovey (1956-2002) features strongly, both as a Leeds Polytechnic fine art student and his subsequent alter ego Fad Gadget, a leading avant-garde/pop musician. 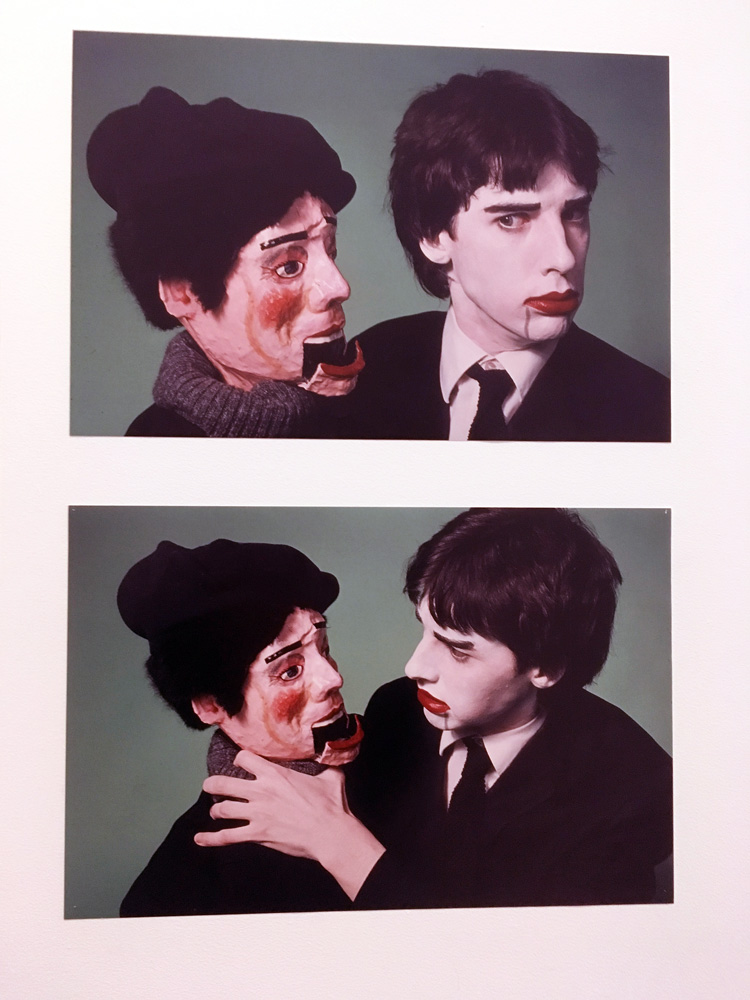 In 1968, the Royal Academy held a major Bauhaus exhibition, introducing many visitors to the school’s ideas for the first time. This show became a trigger for artists and commercial designers, and found its way into both mod and pop culture, influencing everyone from fashion designer Mary Quant to hairdressing legend Vidal Sassoon. Terence Conran used it as a springboard to fill his first Habitat shop, opened on the Fulham Road in London in 1964, with sleek, modernist furniture and kitchenware, many of his own design, but including a version of Breuer’s Wassily chair. This groundbreaking lifestyle store is undoubtedly responsible for our contemporary consumer obsession with home and lifestyle furnishings. It is great to see Willats’ “multiple clothing” exhibited here, with a minidress taken from his collection of modular garments intended to be modified and swapped depending on the mood or occasion. The word-infused frock looks both of its time and utterly contemporary. 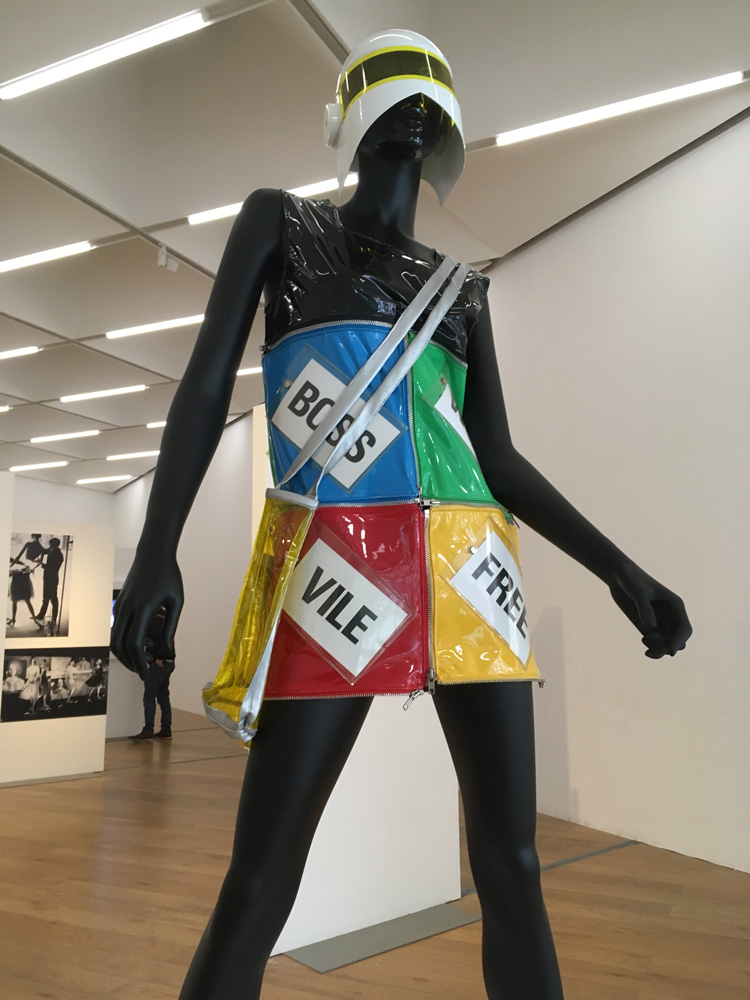 And let’s not forget club culture. The extraordinary cocktail of uninhibited partying, performance, graphic design and fashion that characterised the Bauhaus method was a massive influence on UK nightclubs, fashion photography, musicians and performers, graphic designers and stylists, from David Bowie to Leigh Bowery. Probably the most engaging gallery is the darkened room that recreates a club-like, party atmosphere, filled with the relevant soundtracks, colour photographs and film clips of the time.

The exhibition concludes with A Space for Making, with workshops offering each week a different exercise from the Bauhaus’s foundation course. With multiple additional events, talks and conferences, one hopes that this joyful immersion in the most eclectic and uninhibited source of the UK’s once-exemplary art education will act as inspiration to its art educators, currently struggling to find the means and support to carry on the good work of the past 60 years. 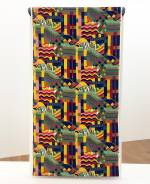 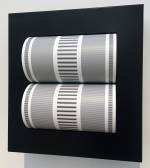 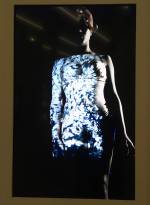 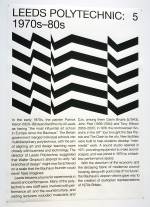