This show explores the works, friendships and shared practices of Hamada and Bernard Leach as well as other eminent artists working in craft and design in the 20th century 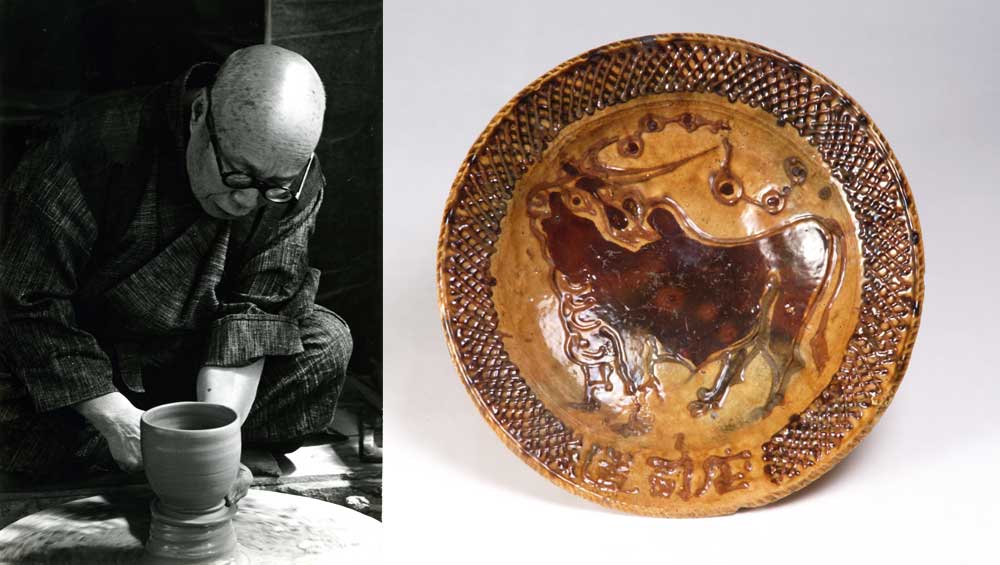 This exhibition may have Shōji Hamada (1894-1978) at its centre, but it has a much wider reach than might be imagined from its title, presenting and interrogating an assortment of the personal and professional relationships surrounding the Japanese potter at Ditchling and beyond. In reality, it is about the array of networks connecting Hamada to other artists and how their relationships weave through their work and his.

Hamada first came to the rural village of Ditchling from St Ives in 1921, accompanied by his friend Bernard Leach (1887-1979). That relationship was emblematic of the cultural exchange between east and west at a pivotal moment for the rise of the studio pottery movement. That cultural exchange is central to this exhibition, too, in its celebration of Hamada’s first visit to the village just over 100 years ago. The range of ceramics on show is extensive. There are about 70 ceramic pieces including 25 by Hamada. They range from traditional British slipware to tenmoku-glazed jugs, iron-brush decorated plates and detailed sgraffito-etched jars. Yet ceramics was not a closed practice and sat in dialogue with the work of other artists so the exhibition honours that dialogue by including a range of modern British art, design and craft of the 20th century. Artists include Ben Nicholson (1894-1982), Winifred Nicholson (1893-1981), William Staite Murray (1881-1962), Francis Hodgkins (1869-1947) and Ethel Mairet (1872-1952). 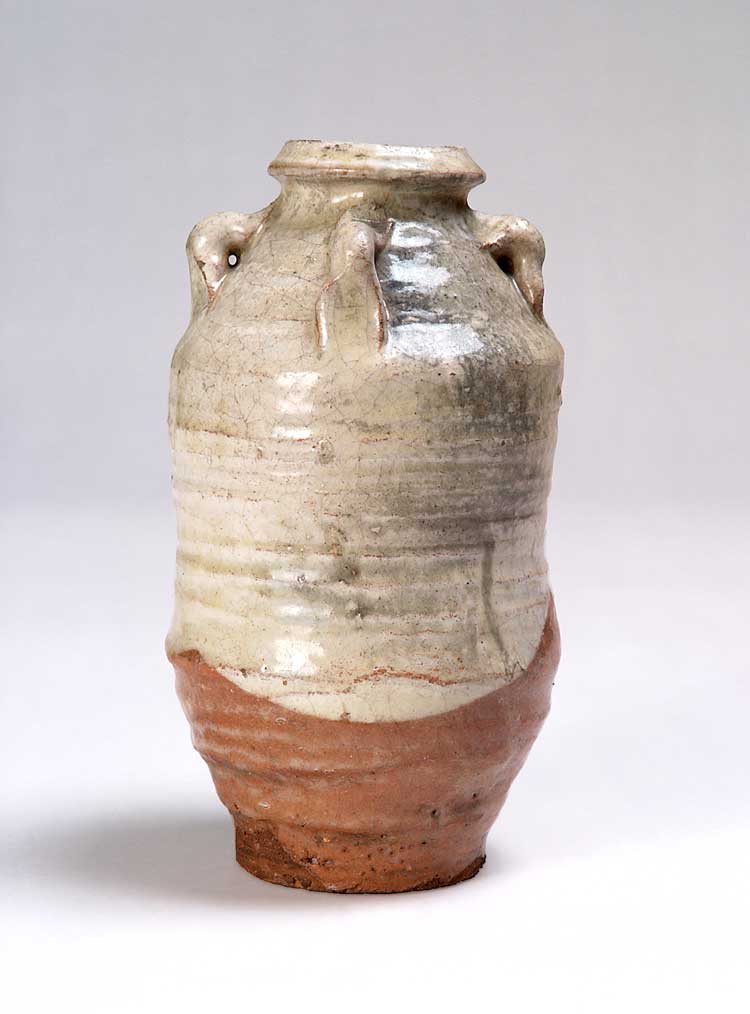 Leach, regarded as the father of British studio pottery, met Hamada when he went to Japan to study under Ogata Kenzan VI in the artist colony of Abiko. Hamada and Leach travelled together to St Ives in Cornwall where they established their pioneering pottery. The Leach Pottery is known for having the first traditional Japanese wood-fired climbing kiln (noborigama) in the UK. The thrilling thing is that the blueprint for this three-chamber kiln, built by the potter Tsurunoske Matsubayashi, is on display alongside Leach’s own sketch for another unrealised kiln. It really is quite special to see something of the material structures of the pottery in this way alongside pots fired in the kiln. 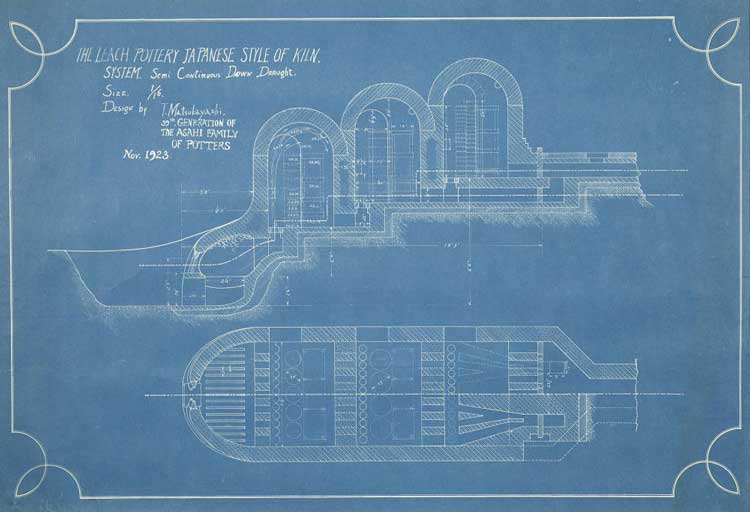 The same can be said of Mairet’s loom, shown surrounded by examples of the pioneering weaver’s work. Mairet’s Ditchling home and workshop, Gospels, was an important space for Hamada, and helped him resolve concerns he had around work and lifestyle. The loom and original wooden signage from Gospels are shown here with Mairet’s collection of historic textiles from India, Persia and elsewhere, everything that made for a rich creative atmosphere alongside her own work at Gospels. 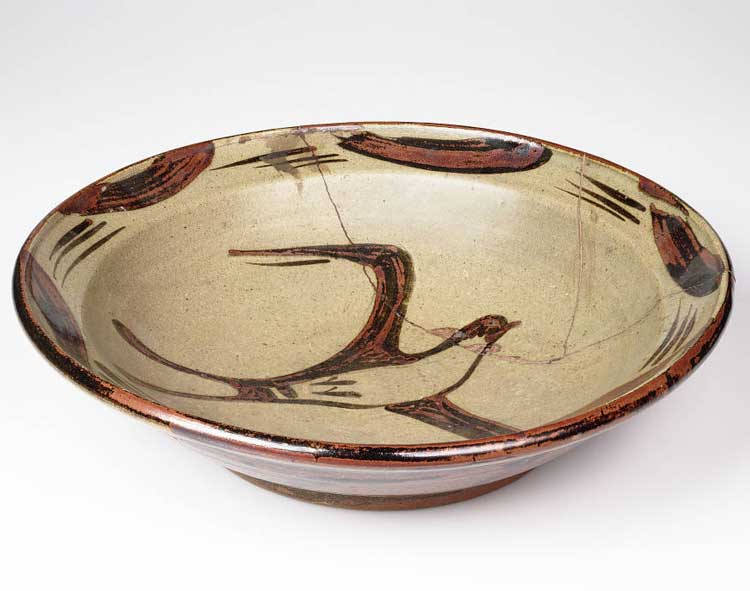 The setting in the gallery evokes that space incredibly well, with the loom, wall-size photographs and textiles on every surface, and it is not difficult to imagine the everyday exchanges between the artists in Ditchling at that time. It clearly had a major impact on Hamada who, when he returned to Japan in 1923, adopted a rural lifestyle, establishing his pottery in the artisan pottery town of Mashiko near Tokyo, while remaining connected to art, craft, design and architecture in an international arena. The 1920s were an important period for artist potters and none more so than Staite Murray, who positioned his pots as fine art, between painting and sculpture. Staite’s work in this exhibition is shown alongside that of Leach, Hamada and other potters, such as the Martin brothers and Katherine Pleydell-Bouverie. It is also shown alongside the paintings of Winifred and Ben Nicholson, and Hodgkins. 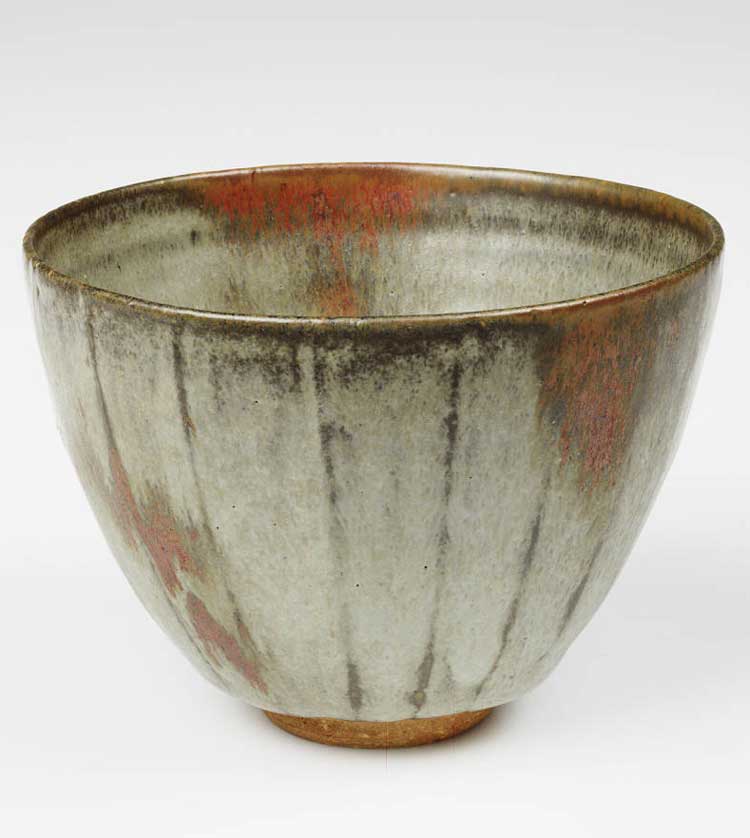 There is another relationship that is featured in this exhibition, that of Ditchling artist Sir Frank Brangwyn (1867-1956) and Japanese wood engraver Yoshijiro Urushibara (1888-1953). The two men collaborated on a book, printed by Ditchling Press in 1940. They had begun working together in 1917 and Brangwyn was an enthusiastic collector of ceramics from the east and a member of the Japan Society. There is clearly a strong Japanese connection here and that, along with Brangwyn’s interest in ceramics and his earlier teaching of a young Leach, make a good case for the inclusion of this work in the exhibition. Despite that, this part of the exhibition lacks the vibrancy of main body of work on show.

More interesting and vital is the relatively small selection of contemporary works, including works by Shōji Hamada’s grandson, Tomoo Hamada. Tomoo Hamada works in the Mashiko complex first established by his grandfather. Shinsaku Hamada, son of Shōji and father of Tomoo, also worked as a potter in Mashiko. Tomoo’s practice uses clay from Mashiko and ancestral glazes of reddish-brown kaki, creamy nuka, cobalt blue and green seiji. His work demonstrates the continued legacy of Shōji’s work across the globe. His importance is further underlined by the presence of work by Jennifer Lee. 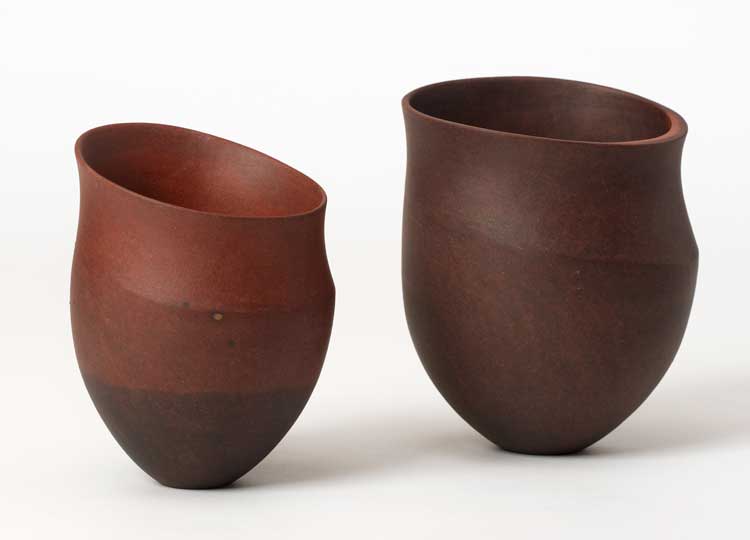 Lee has visited Japan many times and, in 2014, took up a residency in the Shigaraki Ceramic Culture Centre, which brought about a huge shift in her practice. More recently, in 2019, she was guest artist in residence at Mashiko Museum of Ceramic Art in Shōji Hamada’s hometown, allowing her once again to explore the use of different local clays. There is such a strong sense of conviviality in this exhibition, of exchanges and conversations among friends and shared practices that cemented those friendships. Further, the sphere of influence reaches across time and space. It really is a joy to see and experience. 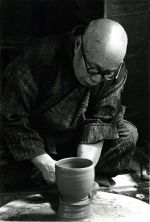 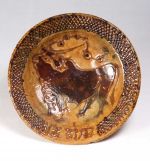 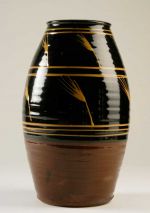