For the first time works by the visionary Japanese interior designer Shiro Kuramata and his life-long friend Ettore Sottsass, the Italian architect are shown together in an exhibition being staged in Tokyo.

Initiated by Japanese fashion designer Issey Miyake, 65 pieces of furniture designed by the late Shiro Kuramata from the 1980s until his untimely death in 1991, together with some of the last works by Ettore Sottsass (1917–2007) are on show at 21_21 design sight, the design institution founded by Miyake, who asserts: “I wanted young generations who do not know about Kuramata to experience the fascination I had from his work”.

Miyake explains that it was in the 1960s and 70s in Tokyo, when the Japanese economy was growing steadily after the second world war, that Kuramata worked tirelessly designing interiors and furniture for restaurants and retail stores. “Kuramata was [a] hero for us in the sixties when I started my career in fashion. His usage of material to furniture in an unprecedented way was magical and had caught the heart of my generation. Had I not met Kuramata, my creation would have been different from what I do now.”

These designs are best experienced in their original context, however, as the majority of these interiors no longer exist the exhibition is a rare opportunity to experience an overview of his work.

The show is arranged according to the material employed and allows the visitors to examine the manner in which Kuramata’s design developed according to the material chosen. For example, Kuramata’s design ethos created an armchair using only a slab of glass without any hinges to achieve the feeling of zero gravity. He made a transparent acrylic chair and enclosed an artificial flower in it, as if the flower was trapped, as if floating in the air. He used expanded metal in mesh plate, which had been used primarily for grates and fences, to form the chair. It is a fundamentally classic club chair but in reality mesh metal is simply outlining “air” in the form of a chair. Kuramata’s chairs broke new ground in furniture design, inhabiting a place between furniture and sculpture.

The Museum of Modern Art in New York (MoMA) was one of the earliest institutions to appreciate the bold vision in Kuramata’s pieces, acquiring the acrylic chair Miss Blanche for its collection, in spite of his design philosophy being quite at odds with 1980s post-modernist principles, which championed appropriation and ornamentation in design.

Kuramata was born in 1934, and as a child was forced to be evacuated from Tokyo during the war, an experience which left a lasting impression on him. From a young age, being freed from any constraints was tantamount and perhaps informed his desire to develop a form of design that would itself represent freedom from many aspects of traditional life and design. For Kuramata, “form” was not of primary interest. As he perceived: “Function of design should not be just about whether it is practical or not. Enchantment should also be considered as function.”

Kuramata met his later to be life-long friend, the Italian architect Ettore Sottsass, in 1980 when the architect founded the progressive design movement Memphis. Jaded by the rigorous practical approach of Modernism, Memphis propelled post-modernism which championed a design that would not be just concern itself with function, but with forms that would touch one’s emotion. Although Kuramata and Sottsass shared the idea that design should be playful and amusing, what the two designers produced contrasted significantly. Kuramta’s work was about lightness, almost erasing the notion of existence, while Sottsass’s work was bold and colourful. For Sottsass: “architecture design is about finding solutions within the constraints of reality, while Kuramata was able to make dream become reality.”

Kuramata did not want to make furniture that already existed. As a result his design was not easy to realise, requiring the application of new technology, and it could be a nerve-racking task for the manufacturer as well. One of the craftsmen was once quoted as saying: “Kuramata insisted that in the age when man can fly to the moon, nothing is impossible. There must be a solution.” Paola Antonelli, who heads the Department of Architecture and Design at MoMA, observes the poetry in Kuramata’s design; his 1980s works have timelessness, because poetry itself has the capacity to defy time. 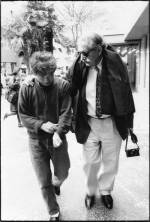 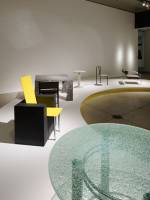 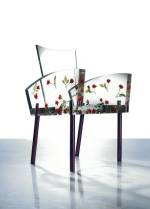 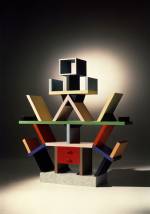