The exhibition is unique as a form of intergenerational and intercultural dialogue. It brings together curatorial and artistic talent to initiate an inquiry into the legacy of the Russian revolution 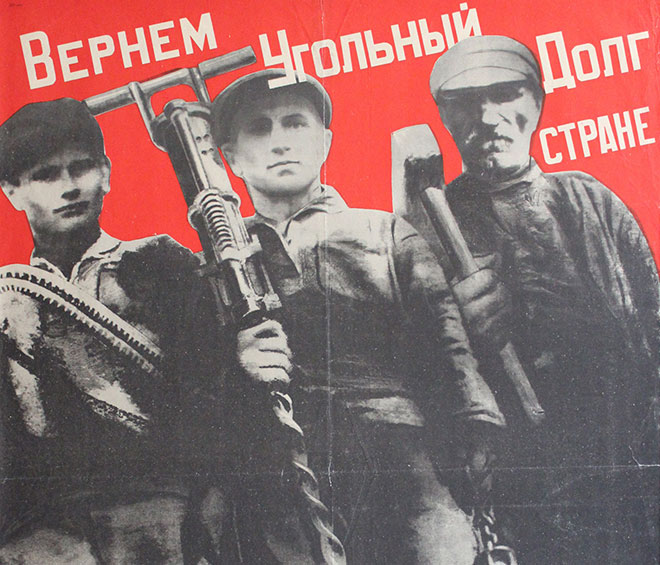 Russian Revolution: A Contested Legacy at the International Print Center in New York is one of a several cultural events across the globe to celebrate the momentous occasion of the 100th anniversary of the October revolution. Curated by Masha Chlenova (b1973, Moscow), the exhibition explores this canon-breaking breaking period in art and history not only through the expertise of a curator and a specialist in the Russian avant garde, but also through the eyes of contemporary artists Yevgeniy Fiks (b1972, Moscow) and Anton Ginzburg (b1974, St Petersburg).

Fiks and Ginzburg, who both live and work in New York, base their art practice on investigating historical material connected to post-Soviet identity and the Soviet bloc in the 20th century. The exhibition is unique as a form of an intergenerational and intercultural dialogue, as Chlenova, Fiks and Ginzburg were all born in the Soviet Union in the early 1970s, grew up in a pre-perestroika Russia and came to New York in the wake of perestroika in the early 1990s. It brings together curatorial and artistic talent to initiate an inquiry into the legacy of the Russian revolution with its unfulfilled promise of what Chlenova calls “individual freedoms”. This legacy is being examined along three major paths of emancipation offered by the revolution: internationalism – racial equality and Jewish emancipation; emancipation of women; and sexual and gay liberation. The exhibition’s narrative is anchored in these subjects visually and textually. While the works, both historical and contemporary, present and contest the legacy of the revolution, Chlenova contextualises this visuality in her catalogue essay and the historical timeline of events that shaped the emancipatory discourses framed by the exhibition. 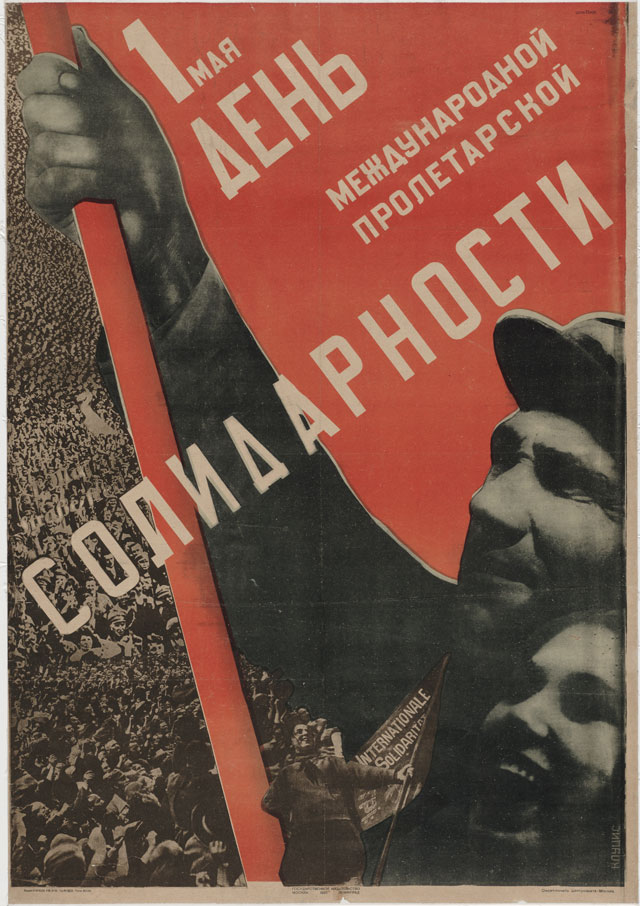 Internationalism is the theme that dominates the display. Here, the period-specific poster from 1930 by Sergei Sen’kin that celebrates the First of May – Day of International Proletarian Solidarity finds its response in Fiks’s Soviet Russia and the Negro: Kaddish from 2011. In this videotaped performance, Fiks reads excerpts from Soviet Russia and the Negro, a 1923 essay by African-American poet and activist Claude McKay, who came to Moscow in 1922 to speak at the Fourth Congress of Communist International. While McKay’s essay celebrates the achievements of internationalism in Soviet Russia, declaring, for example: “The vanguard of the Russian workers and the national minorities, now set free from imperial oppression, are thinking seriously about the fate of the oppressed classes, the suppressed national and racial minorities in the rest of Europe, Asia, Africa and America,” Fiks reads it in places in Moscow where there have been recent racial attacks. His Wayland Rudd Collection (2014) is a video installation, comprising book illustrations and other graphic works depicting black people from Africa and the United States. The entire collection includes more than 200 such portrayals, embracing most of Soviet history from the 1920s to the 1980s, but the exhibition features only a selection relating to the 20s and 30s. 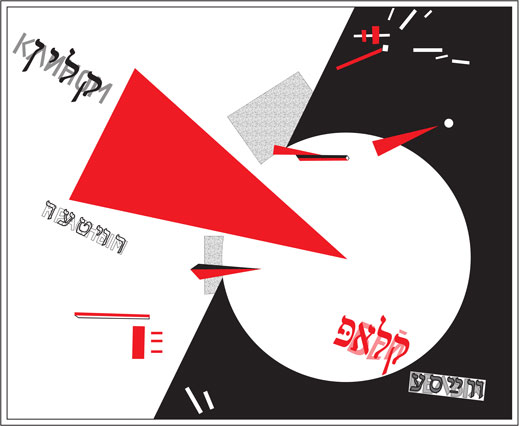 Within a broader international theme, the subject of Jewish emancipation is richly represented by posters, books, journals and such apparent trifles as lottery tickets. In this section, historical editions related to the Jewish Renaissance of the 1910s and 1920s, such as El Lissitzky’s illustrations for books in Yiddish or samples of Natan Altman’s Jewish graphics, intermingle with propaganda posters promoting OZET, the Association for the Agricultural Settlement of the Jewish Workers of the USSR, which was established in 1925 to facilitate the transition of the Jewish people to agricultural work. Posters in Yiddish by Mikhail Dlugach and Mark Epshteinuse the photomontage technique, geometric design and a dominant red, black and white colour scheme of a constructivist poster. In this section, Fiks commented on history by introducing Yiddish lettering into Lissitzky’s famous poster Beat the Whites with the Red Wedge from 1920. The label informs us that this has been done to highlight Lissitzky’s “hyphenated” identity as a Soviet-Jewish artist, drawing our attention to a well-known, but frequently overlooked aspect of this famous artist’s identification with his national heritage. 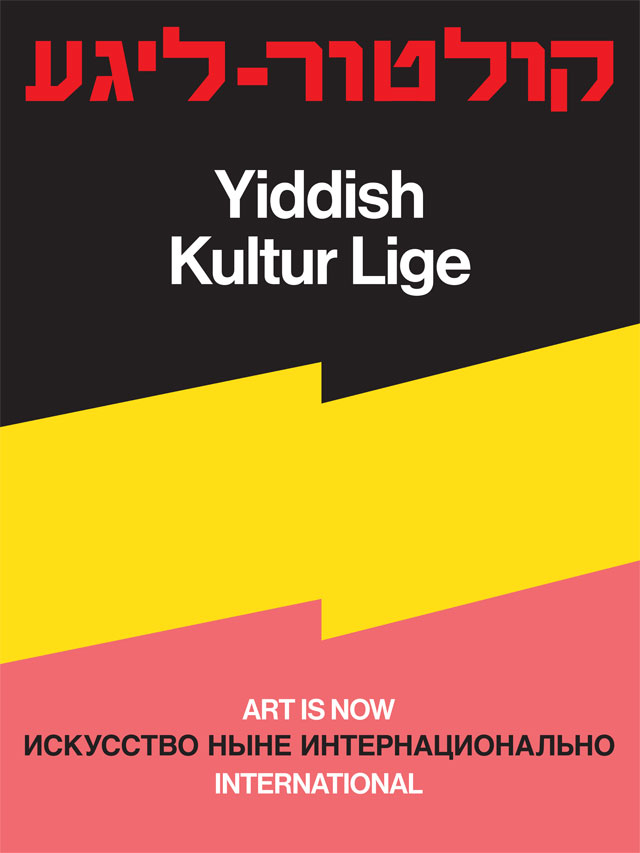 Ginzburg’s poster from the 2016 meta-constructivism series Yiddish Kultur Lige revives in memory and spirit another product of revolutionary restructuring, the Culture League, which promoted Jewish national autonomy from its founding in 1918 in Kiev until 1920, but was afterwards taken over by communists and changed its course to internationalism. The theme of internationalism runs strongly through Ginzburg’s work, making its appearance in the Esperanto poster and a recent series of Zaum ESL prints, in which he links the idea of “zaum”, or beyond-sense language, elaborated by the Russian avant-garde in the 1910s, to the fact of bilingual identity, experienced by cultural immigrants such as himself. A small-scale model of Ginzburg’s elegant sculpture Stargaze: Orion (2016) also reflects the artist’s tribute to international aspirations of constructivism. Commissioned by President Obama’s administration through the Art in Embassies programme, the sculpture is to be installed in the American embassy in Moscow in the spring of next year. 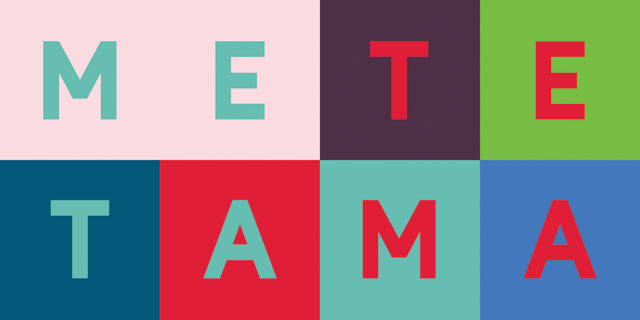 Anton Ginzburg. Zaum/ESL, from the Zaum/ESL Series, 2017. One of eight anodized prints on aluminium, each 12 x 24 in. Courtesy of the artist.

The themes of women’s emancipation and sexual/gay liberation dovetail in their relevance to contemporary discourses, but clash in terms of incompatibility of their visibility in Soviet Russia in the 20s and the 30s. While women’s emancipation was actively discussed and promoted through demonstrations, congresses, posters and publications, some of which make an appearance in the exhibition, sexual and gay liberation was hidden from public view by being confined to a nondescript change in the Soviet criminal code. Instead of proclaiming gay liberation publicly, the Soviet criminal code simply omitted mentioning sexual relations between men as a prohibited act, thereby legalising it by default. As a result, the most noticeable works relating to the subject of gay liberation in the exhibition are Ginzburg’s commanding poster Revolution Was Ruined When It Rejected Free Love (2016), with a gigantic phallus over which is superimposed a somewhat less prominent vagina, and Fiks’s series of incised woodblocks Toward a Portfolio of Woodcuts (Harry Hay) (2013). 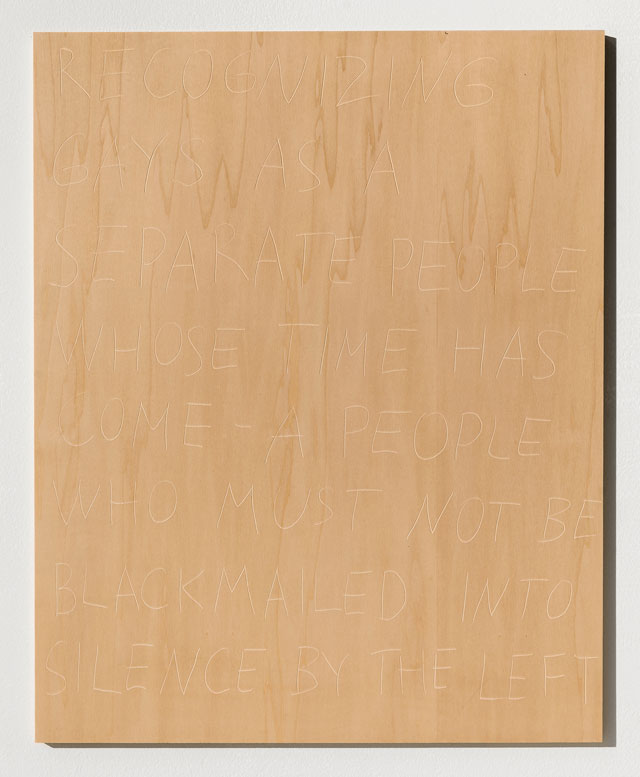 Yevgeniy Fiks. Toward a Portfolio of Woodcuts (Harry Hay), 2013 (detail). Five from a set of eight incised woodblocks, each 24 x 18 in. Courtesy of the artist.

While Ginzburg’s poster demands attention by its sheer size, bold design and bright colours, Fiks poignantly offers barely legible text relating to the exclusion of Harry Hay from the Communist party because of his homosexuality. Straining our eyes, we can barely make out such questions as: “Are you or have you ever been homosexual?” Fiks’s work forces us to pay attention to the charge of illicit criminality brought about bythe idea of male sexual liberation by communists, which can be compared in its fear and venom to the hatred displayed by the McCarthy-era US towards the Soviet Union, when the question, “Are you or have you ever been a communist?” was introduced into the US citizenship application. 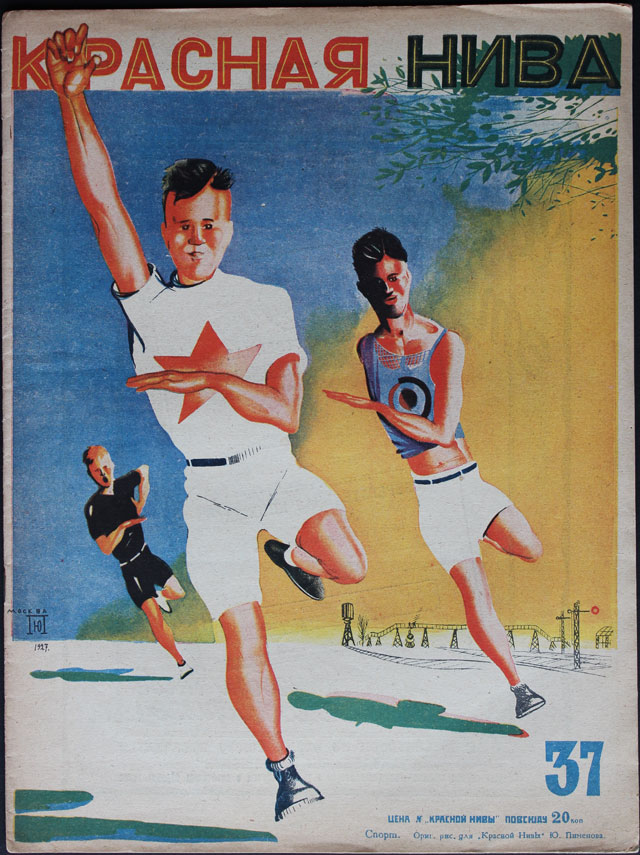 Russian Revolution: A Contested Legacy is an impressive curatorial undertaking, which manages to articulate the vision of an epoch-making history as a constantly evolving process of conceptualisation and interpretation. Much of the force and effectiveness of the installation comes not only from the strength of individual works, but also from clarity and precision of curatorial vision. The catalogue features the essay by Chlenova, along with the timeline detailing major events underlying the three exhibition themes and their bibliography. Chlenova’s thoroughness and attention to historical grounding of the contested legacy of the Russian revolution has resulted in a lucid narrative of its visual production and reception. 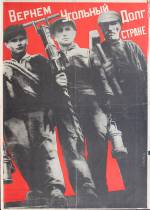 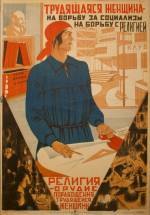 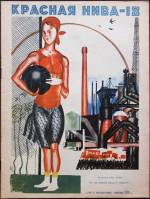 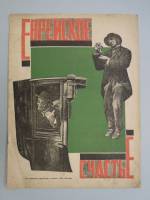