A major retrospective showcases the work of multimedia Hungarian artist László Moholy-Nagy, who pioneered the use of technology as a creative medium 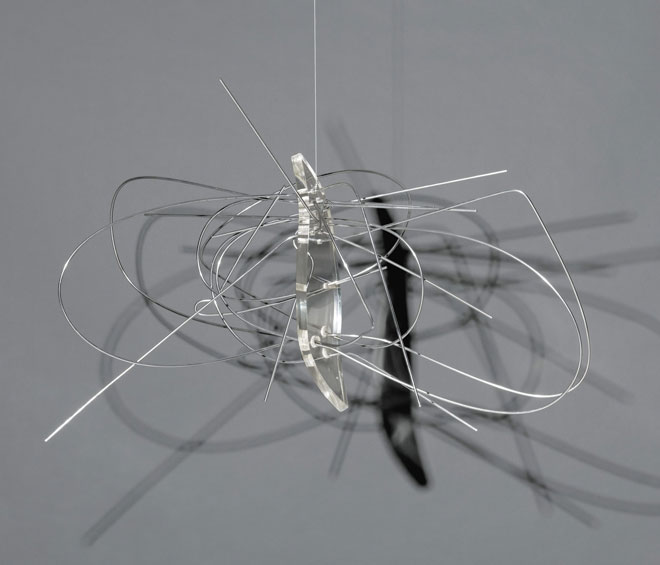 A sweeping retrospective of pioneering media artist László Moholy-Nagy (1895-1946) impresses with the artist’s inventiveness and energy even 70 years after his death. The exhibition contains around 300 works, including paintings, sculptures, works on paper, prints, collages, photographs, photograms, photomontages, and a variety of designs for printed matter, stage productions and everyday paraphernalia. The sheer volume and the dizzying multifariousness of Moholy-Nagy’s artistic forays may look overwhelming, but the quality that unites it all is his untiring inventiveness and ability to experiment with new materials, optical effects and technological processes, as well as engage first-hand with his community by organising several curatorial and educational projects. An inspiring educator, Moholy-Nagy developed innovative curricula for teaching multimedia production, first at the Bauhaus (1923-28) and then from 1937 at New Bauhaus: American School of Design in Chicago (now the Institute of Design at Illinois Institute of Technology). A reconstruction of his Room of the Present, originally constructed in 2009 from plans the artist made in 1930, is a major curatorial achievement, as it demonstrates the universal ambition of the artist to reach the widest public with his technologically inspired art. The room is recreated in High Gallery, a space off the first ring of the Guggenheim Rotunda. This prominent location emphasises the importance of built and created environments for the artist. Overall, co-curators of the exhibition Karole PB Vail of Solomon R Guggenheim Foundation, Matthew S Witkovsky of the Art Institute of Chicago, and Carol S Eliel of the Los Angeles County Museum of Art have done an impressive job of synthesising a great variety of Moholy-Nagy’s art and activity and presenting it in a comprehensible manner. After its inauguration in New York, the exhibition will travel to Los Angeles County Museum of Art and the Art Institute of Chicago.

In his informative catalogue essay, Witkovsky suggested that the uniting force behind Moholy-Nagy’s various interests and engagements was his constant production of ideas, of which writing was the leading force. By “writing”, Witkovsky does not necessarily mean Moholy-Nagy’s voluminous publishing activity in the form of books, articles and editing work, but also, and just as importantly: “A new, truly elemental form of writing … one grounded not on the invention of grammatical or notational systems, but on the contrary, in explorations of illegibility.”1 What Witkovsky meant by the invention of “illegible writing” was Moholy-Nagy’s experimentation with sensual effects of light as transformed by photography and film and refracted through various industrial materials, which the artist was fond of using. Photography, famously described as “the pencil of light” by Henry Fox Talbot, one of its inventors, was the primary medium for Moholy-Nagy. He excelled, for example, in making cameraless pictures, which he called “photograms” – apparently, he coined the term, which references both light (“photo”) and alphabetic characters (“gramma”) in its etymology, as Witkovsky observes. For Moholy-Nagy, a cameraless picture held “the key to photography, because every good photograph must possess the same fine gradations between black and white extremes as the photogram.”2

Faced with the centrality of the function of light in the artist’s activity, we tend to yield to Witkovsky’s argument. Moholy-Nagy’s experiments with photograms and photomontages (or photoplastics, as he called them) prove to be among most representative of his artistic career precisely because they convey his interest in a primary process based on a scientific discovery – in the case of the photogram, that of the fixation of light on a plate by chemical means. The cameraless process was used long before Moholy-Nagy by artists and amateur photographers, but he elevated it into a symbol of his art, making photograms throughout his career. His first cameraless pictures were made in the early and mid-20s in Germany. They tended to be imprints of simple flat, two-dimensional objects – disks and sheets of paper. When he moved to the United States a decade later, he began making photograms of three-dimensional objects, attempting to render an illusion of volume on a flat piece of photosensitive paper. Photograms were important for Moholy-Nagy because they allowed him to explore the primary, least technologically mediated photographic process, which depended mostly on the artist’s individual ingenuity and not on the degree of sophistication of technological equipment in his possession.

Moholy-Nagy’s playfulness and skill with adapting known pictorial idioms to new expressive ends became most pronounced in his “photoplastics”, in which he composed thematically fun and compositionally complex images out of cutout halftone reproductions of photographs and paper, adding some graphic elements and watercolor when needed. In these works, he left the pristine white background unmodulated, but used montage and linear graphics to create pictorial space. In Once a Chicken Always a Chicken from 1925, for example, Moholy-Nagy created perspectival recession with a row of eggs interspersed with images of birds, of which he placed the largest on the foreground. The frontal plane is created by the largest egg with a skeleton of a bird plastered on top along with an image of a woman who looks like a baseball batter crouched in a position to receive a ball. Two other athletic women players are further in the background, joining the eggs and the chickens in line that recedes into the distance. The image is Dada-like in its nonsensical playfulness, but it is also suggestive of some ambiguous meaning. Moholy-Nagy here attempts to construct a suitable environment for his pictorial joke in which all the elements will have their place. In case of a straight photographic image made with the help of the camera, Moholy-Nagy’s experimental devices included perspective, extreme camera angles and, in all cases, the exploration of light and its effects on pictorial composition.

For Moholy-Nagy, light was the ultimate medium, capable of creating a form, giving shape to a space, and dissolving other material substances. The exhibition makes this drive to the symbolisation of light extremely clear, prominently displaying a 2006 replica of the Light Prop for an Electric Stage from 1930 in the reconstructed Room of the Present. The Light Prop is an electric apparatus intended as a model to “be used as advertising, or at public festivals as entertainment, or at the theatre to intensify moments of dramatic tension”.3 It is an object composed of many perforated metal plates rotating on a pedestal with the help of an electric motor. Two light bulbs are located inside the Light Prop’s structure in such a way that during rotation the shape and reflection of the light are constantly changing because of reflections from perforated metal plates that compose the object and are placed at various angles. The work is ensconced in a box with two circular openings through which the object becomes visible. The object creates many beautiful light effects and, as such, is persuasive as an art object. However, it is difficult to think of any possibilities for its useful application along the lines suggested by Moholy-Nagy.

Apart from experimentation with light, Moholy-Nagy always worked in traditional media, painting in particular. The artist’s faithfulness to painting is evident in the Guggenheim installation, which is arranged chronologically and begins from the lower ring of the rotunda. This first ring contains the exhibition’s earliest work, Barbed Wire Landscape from c1918, a black-and-white drawing from the collection of the artist’s daughter that the artist might have made during his last year of service in the Austro-Hungarian army. We learn from the label that this drawing is typical of “hundreds of small drawings on paper representing the experiences during World War I”. Judging by the one on display, which shows an extremely compressed landscape, Moholy’s interest in optical manipulations of representational space were longstanding. The paintings, sculptures, drawings and collages done in the early and mid-1920s are distinguished by brightly coloured lines and geometric shapes against uniform backgrounds – usually off-white or black – reminiscent of Kazimir Malevich’s suprematist paintings, Aleksandr Rodchenko’s linear compositions, and El Lissitzky’s architectonic projects. This is not surprising, considering that suprematism and constructivism that originated in Russia in the mid-1910s and early 1920s was brought to the attention of western artists through such publications as MA, to which Moholy-Nagy contributed before joining Bauhaus. Lissitzky, who came to Berlin in late 1921, began tirelessly promoting the newest Russian artistic trends in Veshch, Gegenstand, Objet, a journal he published in 1922. Strangely, the Russian sources of Moholy-Nagy’s experimentation are absent from wall texts and labels, and the reference to them in the catalogue is minimal: Malevich is not mentioned at all; Vladimir Tatlin twice; Lissitzky also twice and in passing. This is all the more surprising, since Moholy knew Lissitzky personally and was clearly influenced by his art.4 There is no essay in the catalogue about Moholy-Nagy’s close connection with the Russian avant garde and the ideas coming from the east. This is a regrettable omission, which results in a historically unclear presentation of the genesis of Moholy-Nagy’s inspiration. Instead of Lissitzky or Malevich, Dada and constructivism are mentioned with only sporadic references to the meaning or historic context of these terms. The visitor to the exhibition and the reader of the catalogue receive the impression that Moholy-Nagy’s ideas were generated out of floating signifiers that were not connected to concrete historical figures, such as fellow-artists, for example. Rather than focusing on the historical background, the exhibition and the catalogue bring our attention to the development and evolution of the artist’s ideas of an artistic utopia in which he explored the capacities for the educational, experimental and environment-building potential of the integration of arts and technology. In close examination of the artist’s creative path, the organisers succeed in paying a tribute to an exploratory and daring mind, who shaped the way we see the world today. 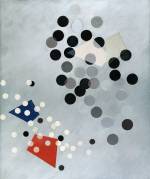 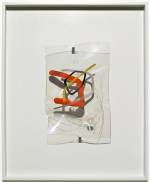 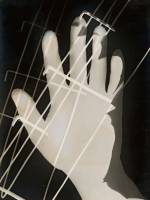 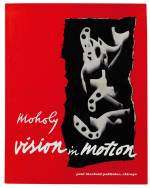