It is a striking paradox that whereas comedy occupies a central and revered position in our literary tradition, in the plastic arts it has always been treated with unease, suspicion or disdain. The very foundations of our language, through Chaucer and Shakespeare, feature the comedic in all its variants, including the grotesque, the absurd, the satirical, the scatological and the obscene. It is a grand tradition which extends back in time to Aristophanes, and forwards to Dickens, Beckett, Wodehouse and Ayckbourn. This is not peculiar to the English language. Molière established his position as the most revered dramatist in the French language by making people laugh. His plays are still performed and admired while the work of most of his more serious contemporaries attract little more than academic curiosity. Much the same seems to be true of other language groups: Hacek’s Good Soldier Schweik remains one of the monuments of Czech, and European, literature.

But the very same content translated into graphic, pictorial or sculptural form will immediately ensure its segregation from the mainstream, to be confined to one of a range of readily constructed ghettoes such as the newspaper cartoon, the naughty postcard and the comic book. Painters who dabble in the comic risk undermining the whole basis of public respect and approval, ensuring that none of their work will be taken seriously. If the comedic succeeds in penetrating the hallowed walls of public collections, it has only done so by means of a historical, social or philosophical rationale which serves as an apologia for its presence.

Nowhere is this point more vividly illustrated than in the inclusion of two paintings by Beryl Cook in this exhibition. Perhaps more than any other painter of her generation, her work vividly reflects so much of our living pictorial culture and social values, but because it has been contaminated by humour it will probably never enter the Tate Gallery by the front door. It can only be admitted under the exceptional circumstances of a themed exhibition such as the present one.

The subject is so vast and complex that any one exhibition can do little more than provide a tantalising outline. The Anglo-Saxon tradition of political caricature begins in the sixteenth century and evolved in parallel with the development of printing processes such as engraving and etching. It was the rapid multiplication of images which made it possible and profitable. Early political cartoons lead on through Hogarth to the social satires of Rowlandson, Gillray and Cruikshank, continues today in the brilliant grotesques of Gerald Scarfe. A recurrent feature of this tradition is visual hyperbole: Tony Blair’s ears become enormous wings; Gordon Brown’s weighty jowls drag along the ground. This is the grand tradition of “caricature”, meaning literally a “loaded” or exaggerated drawing.

Not all caricature need be obscene, but much of it is. Early political cartoons often exploited images of grotesque body parts, defecation and bizarre behaviour. This was extended into commentaries on social conventions and behaviour. In Thomas Rowlandson’s Cunnyseurs, three elderly men in a condition of conspicuous sexual arousal excitedly scrutinise the vulva of a young lady who has obligingly upended herself upon a bed. The image makes several important connections with the culture of the late eighteenth century. The title is an obscene word-play on the notion of the “connoisseur”, implying a readiness to admire and enjoy without being able to respond in any effective way. The convention of connoisseurship legitimated the enjoyment of the spectacle of the female nude in the fine arts. Rowlandson’s male characters are the 18th-century equivalents of today’s “dirty raincoats”.

Humour created a kind of coded language, enabling people to enjoy, reflect upon and laugh about subjects that were otherwise taboo. The postcards of Donald McGill appealed to working class holiday-makers who came to the seaside tired and bored after a year of working in repetitive jobs in industry. A Stick of Rock, Cock? (1952) showed a smiling young man suggestively balancing a gigantic stick of rock upon his lap with nubile bathing belles in the background. The same innuendo was exploited in the lyrics of George Formby’s popular song My little stick of Blackpool Rock. Not surprisingly, the private enjoyment of such forbidden humour aroused the righteous indignation of the authorities. Sir Theobald Mathew, Director of Public Prosecutions, energetically pursued a policy of search and destroy, religiously collecting and recording evidence from such well-known centres of social depravity as the stationers of Torquay, Brighton and Weymouth.

With the appearance of the comic book Viz in 1979, the last restraints upon what could be included in comic graphic art seemed to disappear. A strip called The fat slags featured two archetypal working-class girls, plain, drunken, overweight and under-dressed, who regularly ended the story enjoying abandoned sex with a male character previously unknown to them.

However, even the most unconstrained representations appear, on closer examination, to follow certain codes of what is admissible. One has only to examine the tradition of adult underground comics which emerged in the USA in the 1970s to find material which would never have made it to the pages of Viz and the British market. The cartoon narratives of Robert Crumb draw upon content, situations and ideas which move far beyond the British taste in what was appropriate or acceptable. No art form can be understood without some consideration of the context of its production and intended public, and this is true of the comedic as much as it is of any other art form.

In art, as in life, what we regard as polite or “rude”, acceptable or unacceptable, is determined by context. As the great American cartoonist Saul Steinberg once said, “People who see a drawing in The New Yorker will think automatically that it’s funny because it is a cartoon. If they see it in a museum, they think it is artistic; and if they find it in a fortune cookie they think it is a prediction”. 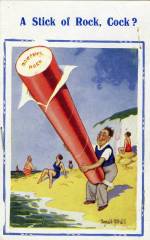 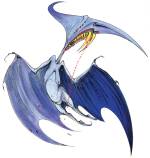