Rodin and the Art of Ancient Greece

Rodin and the Art of Ancient Greece

Come to the British Museum to eavesdrop on a conversation across the millennia between Auguste Rodin and Pheidias, his mentor from the fifth century BC 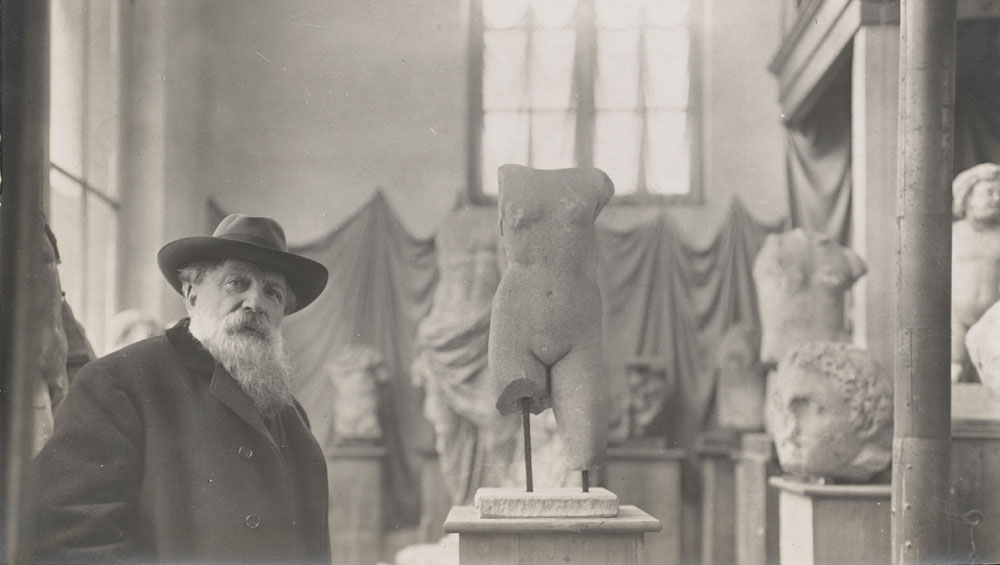 Rodin in his Museum of Antiquities at Meudon on the outskirts of Paris, about 1910. Photograph: Albert Harlingue. Image © Musée Rodin.

Pallas, also known as Athena, was the goddess of war and protector of Athens. Here, in the first room of this exhibition, she is realised as a marble bust based on the wife of one of Auguste Rodin’s friends, the classically profiled Mariana Russell. Russell’s face is polished to perfection and seems to emerge from the rough, chiselled stone as though her head breaks through the clouds. And atop her amorphous hairdo, a crown like no other, the temple known as the Parthenon. 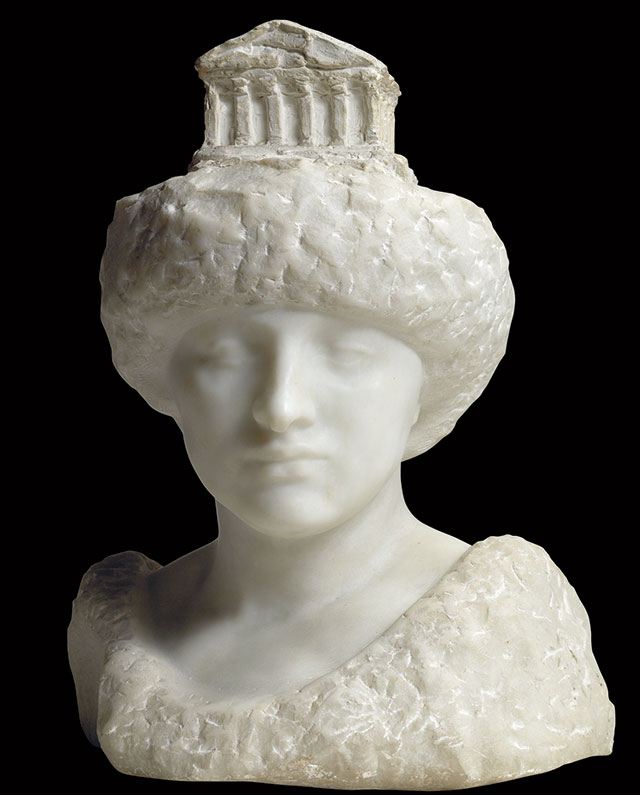 The premise of this exhibition is that the Parthenon – and by extension the British Museum – made Auguste Rodin (1840 –1917) the artist that he became, the artist who produced The Kiss and The Thinker. Rodin first visited the temple’s marbles, those great friezes that decorated its upper levels, in 1881 at the British Museum in London. And he would make many subsequent trips to the neoclassical building at the heart of Bloomsbury, which became, according to this exhibition, his spiritual home. 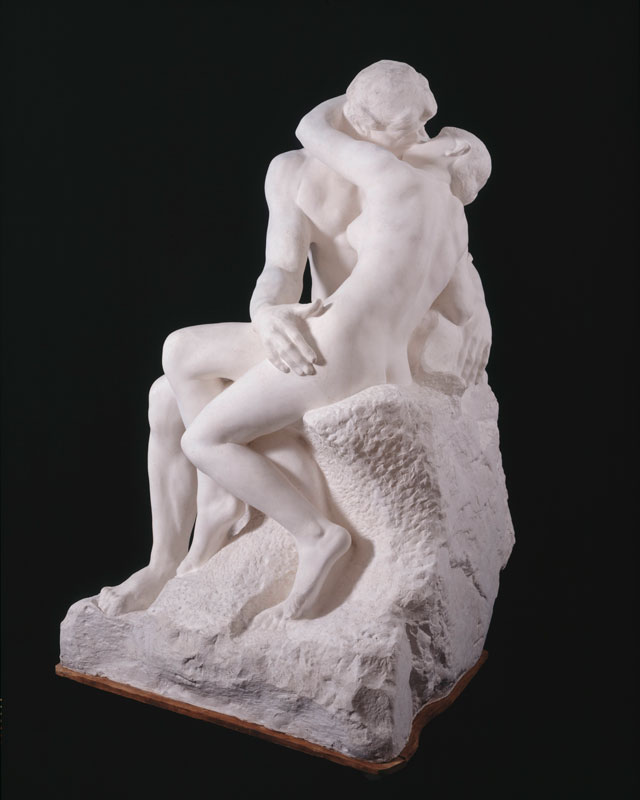 Around half of the surviving reliefs from the Parthenon are in the British Museum because Lord Elgin saved them, or plundered them, depending on your viewpoint. This was a contentious issue from the start (Lord Byron likened their removal to an act of looting), but the British Museum has always defended its ownership, despite the Greek government’s insistence that it would very much like them back. This exhibition adds to that conversation, by bolstering the museum’s claim that they belong to the world, not just to the Greek people. And, although the politics of repatriation is a side issue, it will, no doubt, be an elephant in Room 30 for the duration. 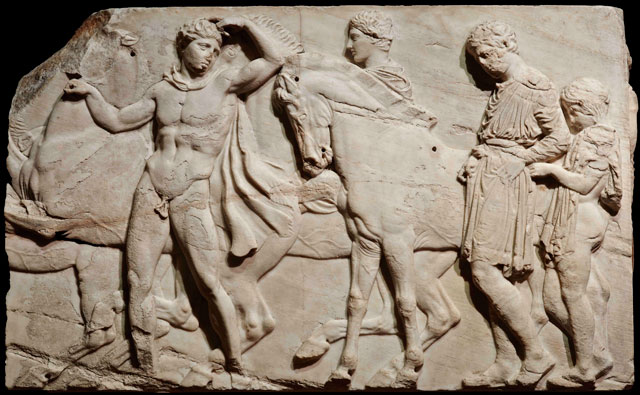 Unmounted youths preparing for the cavalcade, block from the north frieze of the Parthenon, about 438–432 BC, Marble. © The Trustees of the British Museum.

However, the main concern of Rodin and the Art of Ancient Greece is the French artist’s relationship with these sculptures and with the classical world at large. It also provides an intriguing insight into how Rodin interpreted the work of the man credited with designing the Parthenon’s exquisite friezes. More on that to come.

Rodin wasn’t the first artist to be struck by the magic of classical Greece – that fascination goes back to the Renaissance and before – but he did have a singularly modern take on the sculptures of antiquity. He was not concerned with dressing them up or with reconstructing the past, although watercolour studies demonstrate that he considered what they might have looked like before millennia of weather and war bleached the marble gods bone white. (By the time Rodin saw them in 1881, it was widely established that the Greeks painted their sculptures in bright, almost gaudy colours). But what this exhibition so eloquently illustrates is that, for Rodin, beauty lay in decay, not an imagined wholeness. To him, the fragment was an honest, noble thing. In fact, as contradictory as it might seem, he found the Parthenon’s ruined state so moving that he campaigned against its restoration following an earthquake in 1894. 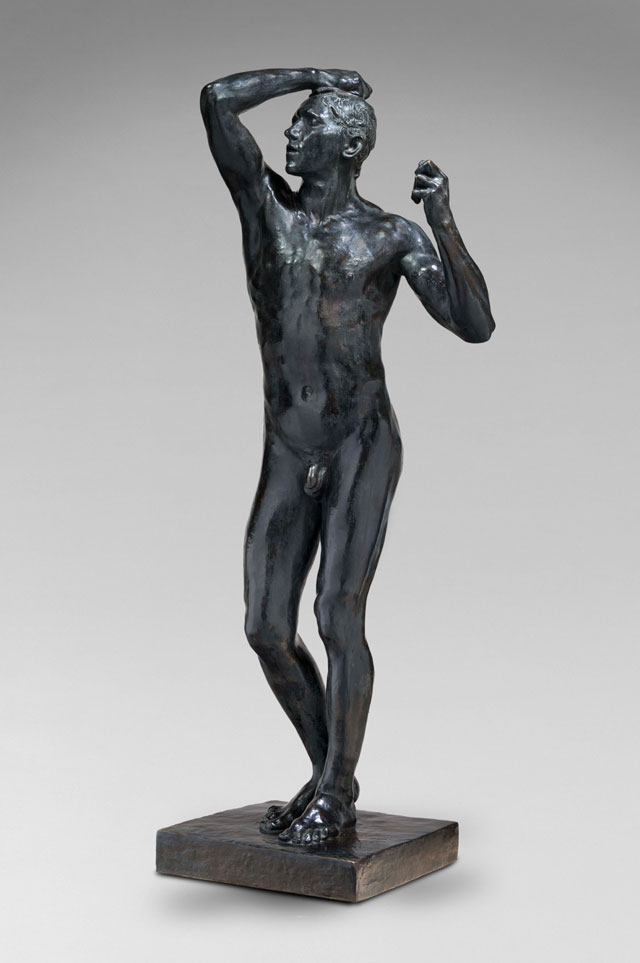 That Rodin imagined the sculptures of the ancients as almost living, breathing things, as vulnerable to the passages of time as their flesh and blood counterparts, is evident in how he described them. Speaking of a Roman torso of Venus carved from marble in about AD50-125 he exclaimed: “This is real flesh! … It must have been moulded by kisses and caresses … one almost expects, when touching this torso, to find it warm.” The idea that an artist can make marble appear to be soft and sensuous wasn’t a new one. In Ovid’s Metamorphoses, the sculptor Pygmalion falls in love with his own creation, who is brought to life by a compassionate Aphrodite. Rodin and the ancients, it is convincingly suggested, felt the same about the sculpted body. 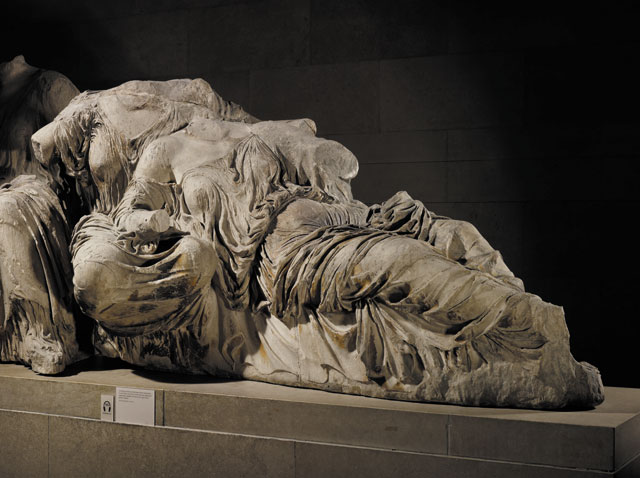 Goddesses in diaphanous drapery, figures L and M from the east pediment of the Parthenon, about 438–432 BC, Marble. © The Trustees of the British Museum.

Although he never made the journey to Athens, Rodin’s relationship with the art of ancient Greece was profound, but it was the work of one man in particular, a sculptor named Pheidias from the fifth century BC (c480-430BC), who truly gripped his imagination. Pheidias is credited with having designed the Parthenon friezes, but it is believed that he moulded his figures from clay, leaving the work of carving the marble to others. Rodin did the same. In fact, he didn’t know one end of a chisel from the other and used master sculptors, such as Camille Claudel (1864-1943), to free his visions from the stone.

Both Rodin and Pheidias, we are told, were consumed with the idea of movement, with twisting torsos and flowing forms. Take Ilissos, a river god from the west pediment of the Parthenon, who languidly pulls himself out of the water, or the reclining goddesses from the east pediment, two monumental women, bound as one by the liquid, flowing folds of their clinging garments. Or consider the many horses that throw back their heads with feverous energy, their eyes popping with fear and the veins on their stomachs bulging with hot blood. You can almost hear the thunder of their charging hooves. 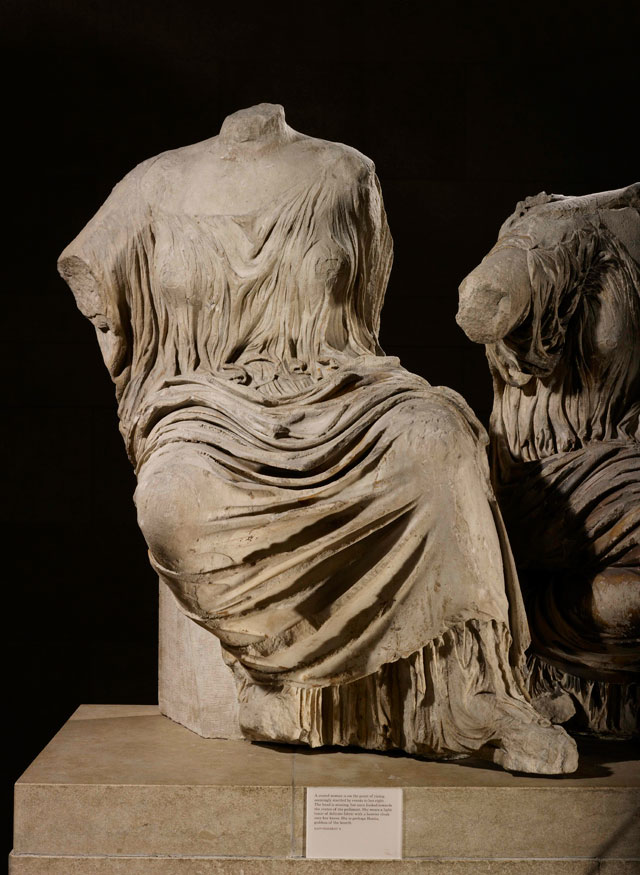 Rising goddess, figure K from the east pediment of the Parthenon, about 438–432 BC, Marble. © The Trustees of the British Museum.

Many of Rodin’s sculptures may have less kinetic forcefulness; his figures are more contained, more vulnerable perhaps, than those of Pheidias, but expressive all the same in a gestural, balletic way. And while the reliefs of Pheidias had so much action and movement within them, the faces of mortals and gods alike are the stoic faces of classical antiquity. Rodin’s, however, are full of pathos. Take, for example his Monument to the Burghers of Calais (1889), whose figures, unassailable in their countenance, nonetheless have pain etched into their expressions.

That Rodin’s own figures fade in and out of completeness as they emerge from the white marble is a comment on his fascination with the incomplete. The bodies that he designed for the seminal The Gates of Hell (commissioned in 1881 for the entrance of a decorative arts museum that was never built) twist and writhe, their faces unsharpened, their limbs melting into the stone. Many of these were recreated on a larger scale; The Kiss and The Thinker, or his female Icarus, who tragically plunges face first into the stone that birthed her. Rodin designed his sculptures so that the marks of the chisel remained, and he often left the seams of cast bronze unfiled as testaments to the creative process. He was a modern master, an artist who valued the maker’s hand almost as much as the finished object.

What this exhibition does so eloquently is to set out the work of two great artists, separated by about 2,500 years, as though they cut from the same cloth. The past may be another country, we may never know what went through Pheidias’s mind as he conceived the Parthenon friezes, but here, at the erudite hands of curator Ian Jenkins, we can appreciate the timelessness of the creative process, the whispers between two artists through the ages – a conversation between Rodin and his classical mentor.