The original 1933 building, a mix of traditional Japanese design and 1920s western architectural style, has been sympathetically renovated by architects Jun Aoki and Tezzo Nishizawa to make it relevant to 21st-century museum-goers 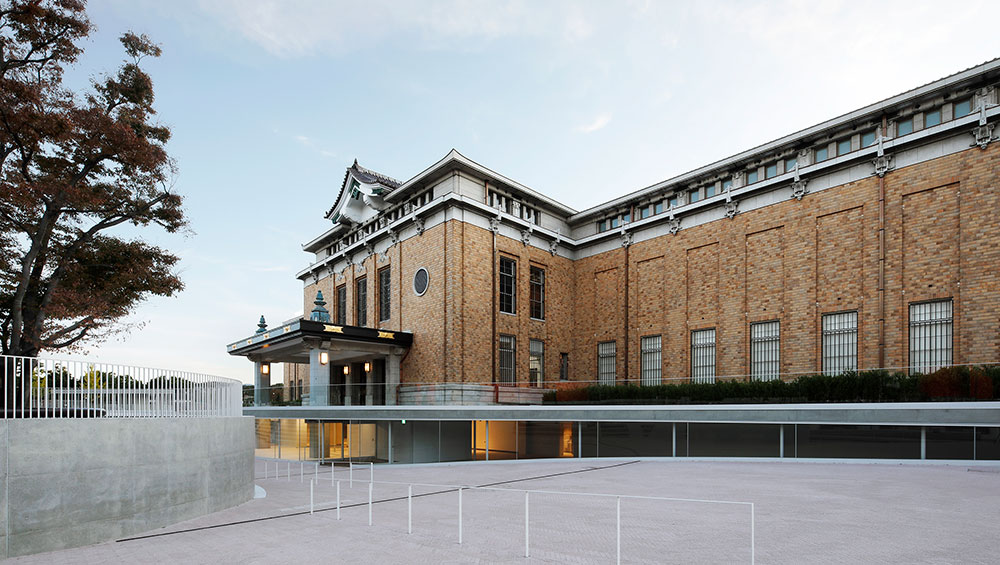 Kyoto City Kyocera Museum of Art hopes to reopen its doors shortly, after two years of extensive renovation overseen by the architects Jun Aoki and Tezzo Nishizawa. (The reopening is currently postponed to prevent the spread of Covid-19). The museum, which was founded in 1933 to commemorate the enthronement in 1928 of Emperor Hirohito (posthumously known as Emperor Showa), is the oldest public museum building existing in Japan today. The original architectural design adopted an eclectic style, with a concrete structure influenced by the modernist western architecture of the 1920s topped with traditional Japanese bargeboard roofing. The museum remains significant as a rare surviving example of quintessentially Japanese eclecticism seen in the country’s buildings for stately projects in the 20s. Also significant is the fact that the museum was founded by local people, with funding from Kyoto citizens and the city’s industrialists. Since then, it has been a source of pride for the city, staging work by local artists as well as bringing artworks from the Louvre and the Egyptian Museum to Japan for the first time. 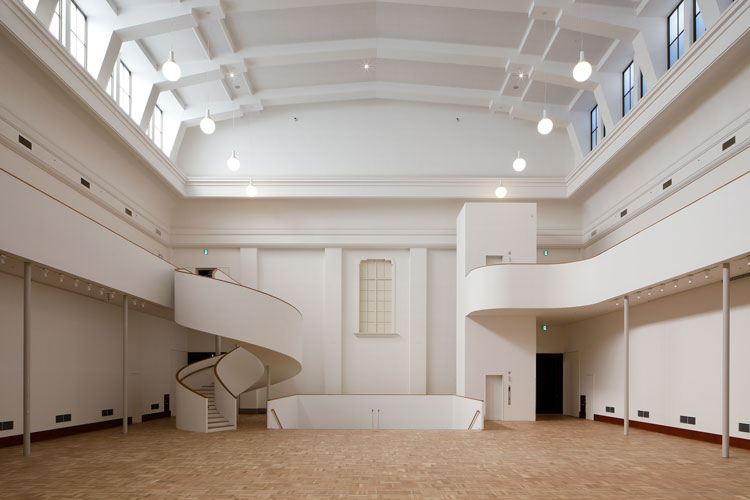 Kyoto had been the centre of culture in Japan for more than 1,000 years, with the Imperial court located in the city since the eighth century. Industries to serve noble clientele – such as those producing precious kimonos and food – flourished. The city’s industrialists became great patrons of local art and supported art and crafts made in Kyoto. However, when the Japanese capital moved to Tokyo in 1868, the Imperial household moved too. At the beginning of the 20th century, when the museum was founded, industrialists wanted to show that Kyoto was still the centre of culture and were keen to become patrons of the museum. After the second world war, American occupation forces took over the museum for use as a recreation facility, but Kyoto subsequently regained it for the city. 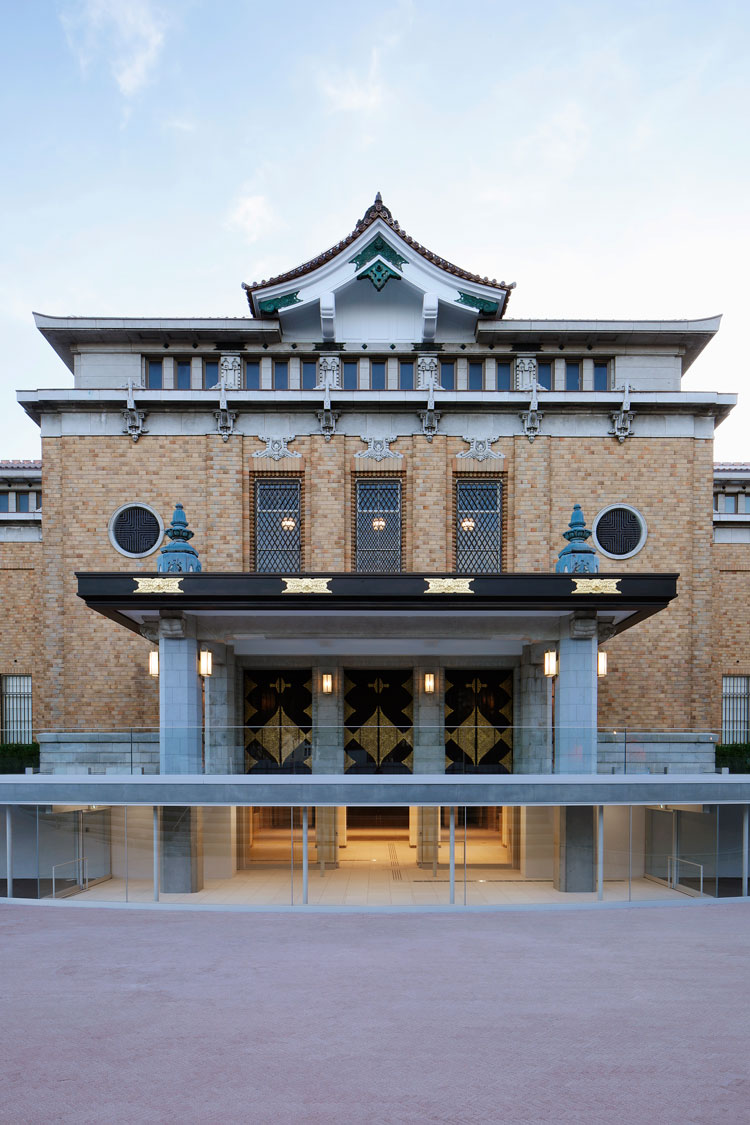 When it was clear that the building needed a facelift and renewal, the museum committee chose architects whose foremost intention was to preserve part of the original building while making it relevant for the 21st century. The facelift was much like taking care of an 80-year-old, says Aoki, “letting the air flow through the space, opening up walls that have been clogged over the years and amending spaces that were not used. It was like osteopathy.” The renewed museum building embraces the historical design and elements, while embracing the latest technology and improved materials. Aoki says: “It looks familiar to those who knew the original museum, but if one looks at the detail, one notices there are elements that are different. This subtleness is important. The museum is 80 years old. People want the museum they were proud of, and we didn’t intend to disguise that fact.” 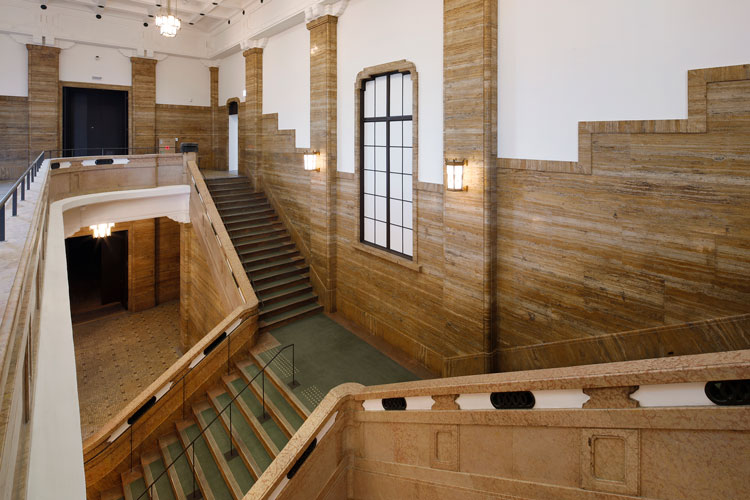 The architects preserved the building’s stately main facade. Originally, when entering the museum, visitors would take off their shoes as if they were entering someone’s house in Japan, putting their footwear in shoebox shelves in the basement. The museum experience in the past was very formal. “Museum buildings from the 18th century can remain, but people in the 21st century have a different approach towards art from people in the 18th century,” says Aoki. “The way we experience art is different from past generations. We wanted the museum environment to be relevant to our age.”

To bring the museum up to date, the shoeboxes in the basement have been removed. Instead, the basement floor has become the entrance level, where visitors enter via two newly created slopes from the ground-floor level that face the public square in front of the museum. A cafe and museum shop, both essential in a contemporary museum, have been added to the basement. 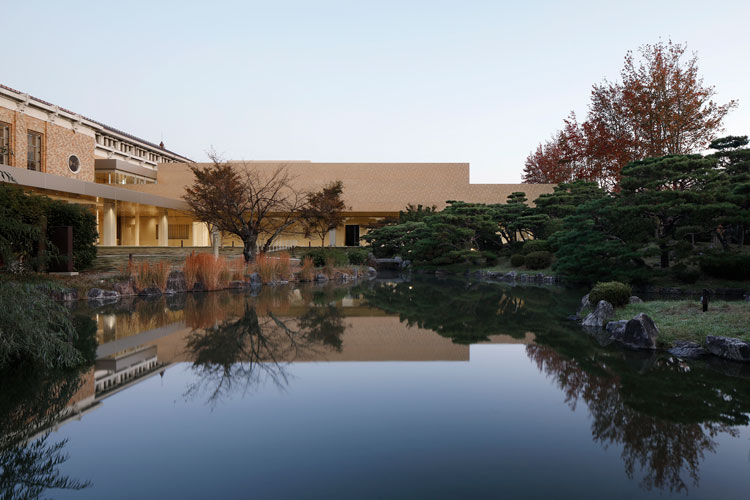 From afar, the museum appears to be floating above a glass wall that runs around the outside at basement level. Inside, the former great exhibition space with its 16-metre high ceiling, used by the US forces as a basketball court, has been turned into a hallway, retaining its original structure, but with the addition of spiral stairways and balconies that are in tune with the modernist architecture of the 30s. Aoki says: “These elements are new, but they look as familiar as if they were built in the 30s, not dramatically different from the past, but subtly morphing, as if we blurred the drawing lines using Photoshop so people don’t notice. You come to this new museum and ask: ‘What has changed?’ We intended to be that subtle.”

If you look at the original facade, it is hard to see where new bricks have been inserted to replace ruined ones. A totally new addition, though, is the Higashiyama Cube, a gallery space for contemporary art attached to the east of the main building. This annex is connected to the main building by a glass-walled corridor that allows visitors to enjoy the authentic Japanese garden on the east side of the museum. This is much like shakkei, the Japanese term for borrowed scenery, in which background landscape is incorporated into gardens.

When the museum is finally able open its doors to visitors, they will be able to experience Japanese artist Hiroshi Sugimoto’s exhibitionPost Vitam, in which he explores his own vision of jodo, the pure land.