Following last year’s success, the second Latin American Art Fair, PINTA opens on Monday 6th June at the Earls Court Exhibition Centre in London bringing together 57 galleries and art projects. The organisers are keen to consolidate PINTA’s place in the UK art agenda, prompting them to pose the question: What does the label “Latin American Art” signify in the 21st century?

Launched in 2007, in New York, PINTA art fair has followed a trend to categorise an art show according to a significant region in cultural and historic terms. In part this is a response to the market in which demand for Latin American Art has presented an expressive growth in the last decade as evidenced by the remarkable level of sales that the New York offices of Christie’s and Sotheby’s have been reaching in their Latin American Art auctions.

Nonetheless, the classification “Latin American Art” divides opinions. Because of the bias that its post-colonial heritage could lend to the term, there are a number of critics who claim that the label generates a stereotype that would not be favourable to the artists’ international career or even to the galleries’ business that would perhaps be categorised by region. However, enthusiasts prefer to think that a fair (or any art show) under the label “Latin American Art” can only enhance the event, especially in a European context, for although a small number of solo exhibitions have been staged (for example Ernesto Neto at the Hayward Gallery, 2010 or Gabriel Orozco at Tate Modern, 2011), there is still a lack of opportunities to see a representative collection of this kind in one single event in Europe.

To highlight the debate we have sought comments from those who are directly involved. Mexican artist Felipe Ehrenberg, who has a solo exhibition in this edition of PINTA, has experienced different facets of being Latin American throughout his career. Born in 1943 in Mexico City, his artistic production is extensive, including a range of media from paintings to installations and groundbreaking performances. It is his consistently provocative discourse, in all aspects of his art practice that has earned him a secure place and a fundamental role in the art world with an international network, always revealing alternative strategies to communicate his artistic ideals such as his publishing activities.

Ehrenberg has been used to dealing with the Latin American classification for a very long time. The artist tells us that his first encounter with that specific label was when he went to live in London as an exile in 1968. From this period he remembers:

“Strangely enough, the fact that my last name is of Germanic origin rather than Gutiérrez or Castañeda–or perhaps, thanks to that-allowed me to float on those murky waters and ‘pass as a gentile among gentiles’. I confess I did avoid, systematically, even emphatically, exhibiting in ghettoised spaces; no ‘Recent paintings from Latin America’ sort of event for me.”

However, he admits that nowadays there is a totally divergent perspective towards the label. In order to explain this point he provides us with a summarized historical overview of this specific side of recent art history.

“The debate over whether to classify artists by their country of origin or not was certainly an issue in the 1960s, as the international art market began growing, waxing strongest in the 1970s and 80s. One must remember how New York wrested control of this market from Paris after World War II, and how that city’s hubris led it to discriminate ‘non-metropolitan’ artists, excluding them from its marketable ranks. But things then began to change. More and more cities in the US prospered and built their own museums, which spawned their own galleries. The larger public adopted the ‘multicultural’ discourse, and regional infrastructure challenged NY’s influence: Houston, Chicago, Los Angeles, Miami! Being a “Latino” artist (or a Native American one, or a woman artist, for that matter …) stopped being a handicap and began to be almost desirable in the art markets of the US. These changes spilled out internationally. What else do you expect from a global, voracious market that launches novelties every 2–3 years?”

Ehrenberg, who is currently showing at the Museum of Latin American Art in California, says that PINTA 2011 is the first art fair that he is participating in. Previously he had mainly sold his work directly from his studio, but recently became involved with a commercial gallery: Baró Gallery from São Paulo, where Ehrenberg has been living since 2001 working as the Mexican Cultural Attaché. He believes that PINTA appears just at the right moment. Most of the works in his solo show in PINTA were part of the large retrospective, Manchuria: A Peripheral Vision, that was held in Mexico City’s Museum of Modern Art in 2008.

His colleague (and namesake) from the same São Paulo gallery, the Brazilian Felipe Barbosa (b1978) is younger in age but a veteran at PINTA. His artworks have been travelling a great deal in the past years and they were exhibited at the PINTA edition in New York in 2008 and 2009 and in London last year. His sculptures ironically are fashioned from ordinary consumer goods to mathematically build objects that are very instigative and have an incredible visual quality. Asked about the controversy regarding the Latin American Art label Barbosa answers:

“Any label has positive and negative effects. I think that label eventually became a kind of curatorship, but also I like to believe that those people who like art, they are essentially curious human beings and the classification by region may be a source of interest and not a barrier. We live in a moment where there are several art fairs, the Armory Show in NY this year presented a section called Focus Latin America, and the fact that there is a focus on a precise aspect of the art production does not override the global context in which each work is placed.”

For the institutional director of the fair, Mauro Herlitzka, the discussion apparently has roots of a psychological matter more than anything else. “I don’t understand any discomfort with the fact of being Latin American. This is a complex.” Herlitzka asserts. He prefers to emphasize the unique characteristics of the art produced in the Latin American countries:

“It is such a fascinating history. Latin America has a lot to say in terms of the History of Art of the 20th century. It has interacted with many aspects of different cultural influences. This is maybe the main reason that there has been an expansion in the market in the past ten years. The cross-history of Latin America is peculiar. The art movements developed there under singular conditions and they have established themselves in another way, showing broader results than what happened in Europe or in other countries.”

Actually, it is worth mentioning that more than 60% of the galleries in this 2011 edition are from the USA, the UK or other countries in Europe. This means that galleries just “around the corner” such as the Maddox gallery or the Selma Feriani gallery, both from London will use PINTA space to exhibit their Latin American artists. In other words, the fair is becoming far more recognised as an opportunity to gather an audience interested in Latin American Art, than mainly a business area for dealers from the other side of the Atlantic. Critics and enthusiasts agree that the label brings to the exhibition centre a public with specific interests, but they do not agree how beneficial it is. One can argue that it would be better to have a wider audience with interest in art in general and not art from a specific region, but others claim that is better to count on an attentive viewer or client who knows what they are looking for.

Last year the launch of PINTA in London drew a large crowd to the Earls Court Exhibition Centre for its opening. However, the same intensity was not seen on subsequent days when it was easy to walk around the aisles of the fair without disruption. It can be said that the main feature of the fair was the public programme, where it was difficult to find a seat available. The event brought together people with a prior interest in Latin American Art and wanted to learn more, with a regular art public who seemed eager to be introduced to the art on display. This year under the coordination of the curator Miriam Metliss from the University of Essex Collection of Latin American Art (UECLAA) the event will be repeated on the 7th and 8th June. Speakers include the artist David Lamelas; María Inés Rodríguez who is Chief Curator at the Museo de Arte Conteporáneo de Castilla y León (MUSAC); the scholar Dawn Ades, Camille Morineau, Curator of Collections of the Centre Pompidou, Paris and Valeria Paz, former curator of Museo Nacional de Arte, La Paz. PINTA is also going to promote once again the London Museums Acquisitions Programme in which five great collections such as Tate Modern receive special funds from PINTA to purchase artworks during this 2011 edition. 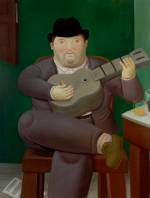 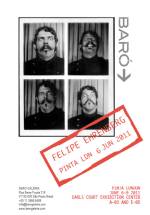 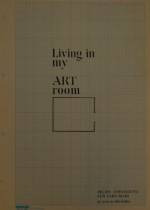 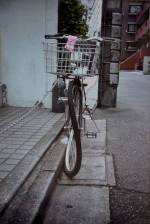 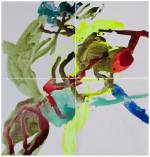 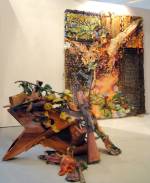 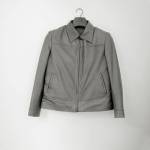 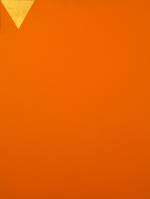