The Scottish painter’s latest works are as beautiful as ever, but exhibit a newfound looseness, playfulness and sense of violence 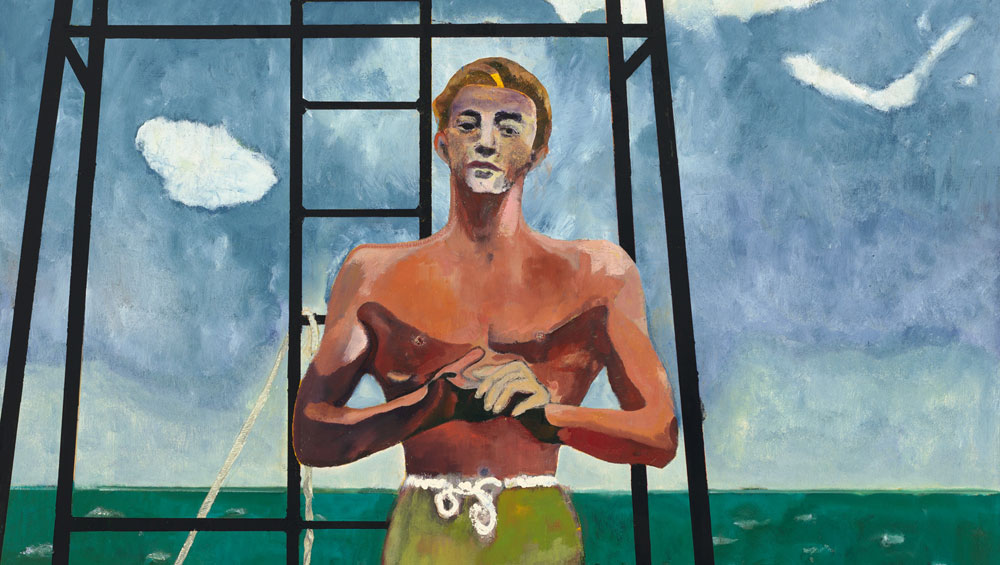 It takes a lot of nerve to open an exhibition a week before Christmas. In December, the eyes of collectors are drawn first towards Art Basel Miami Beach and then to winter holidays, during which London galleries endure one of their quiet periods, with autumn lineups continuing in to the new year. This time around, however, one gallery made a bold break with custom, the sort that occurs only when the show in question is guaranteed to turn heads. And so it is that Michael Werner began to show a collection of new works by the Scottish painter Peter Doig (b1959), one of the few living artists whose every appearance is an event. 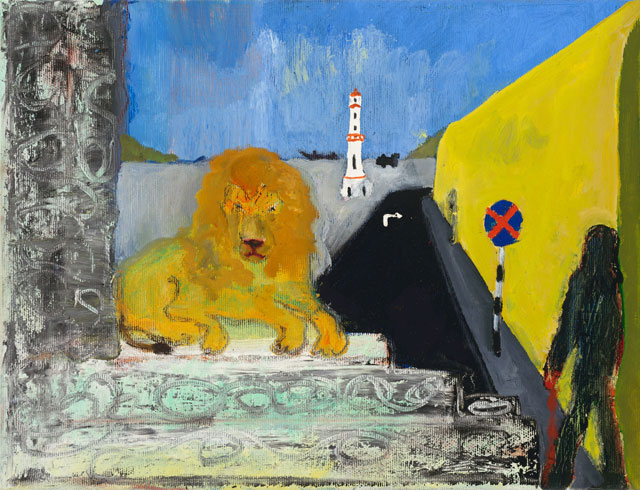 For years, Doig was the sort of figure other painters spoke about with reverence. Like Michael Andrews before him, he quietly influenced subsequent generations, from recent Turner Prize nominee Hurvin Anderson to Michael Armitage, who is currently exhibiting at the South London Gallery. Doig was respected but not overexposed. Then, in 2007, something changed overnight: his 1991 painting White Canoe sold at auction for $11.3m, setting a record for a living European artist. Doig was propelled from a painter’s painter to the doyen of contemporary figurative painting. The following decade was punctuated by a steady succession of similar sales, with the apex to date being Swamped (1990), sold for $25.9m in 2015. This anomaly has led, through no fault of Doig’s, to his every move being scrutinised. 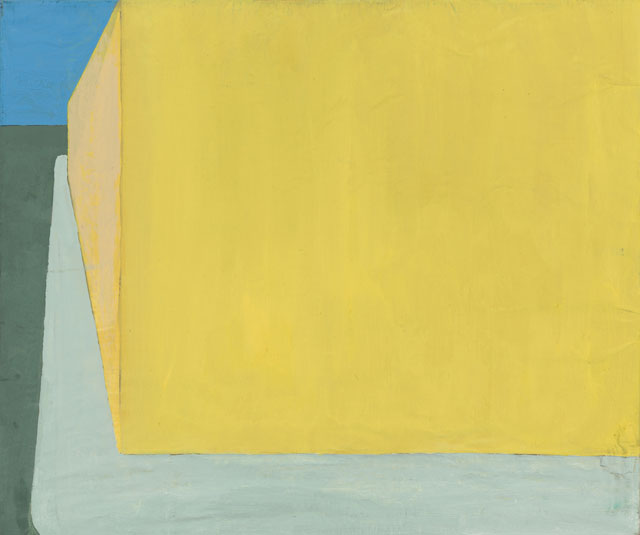 Along with his friend and neighbour Chris Ofili (they both live in Trinidad), Doig can be described as a magical realist. He creates an enchanted world of snow-blanketed forests and vermilion oceans, which prompt the same sort of spontaneous emotional reaction as a Golden Age Hollywood romance. There is much to admire in his painterly technique, which achieves a lustrous sheen. But unlike Ofili – whose best work always questions societal norms – or, indeed, the politically motivated magical realist writers of the South American boom, Doig’s world often feels uncorrupted. I will admit to finding some of his oeuvre a little cosy, even twee. I could picture his 1991 The Architect’s Home in the Ravine (sold for $16.3m in 2016) or his 2002-04 Gasthof (sold for $17m in 2014) on a high-end greetings card. 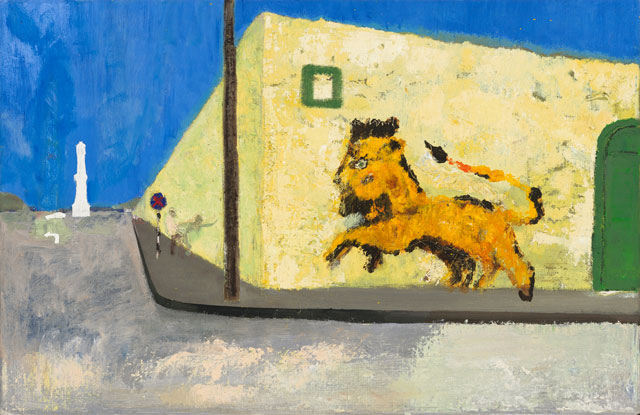 How satisfying to be proved wrong. The new works at Michael Werner are by turns raw, playful and exploratory, laying bare Doig’s craft like never before; the exhibition could be subtitled Doig Unbound. Nearly all of them depict Trinidad, Doig’s home since 2002, and the open skies and generous light of the Caribbean. While earlier works could appear to have been beamed in from a dream world, these feel tethered to a real place, and one whose beauty hides blades. 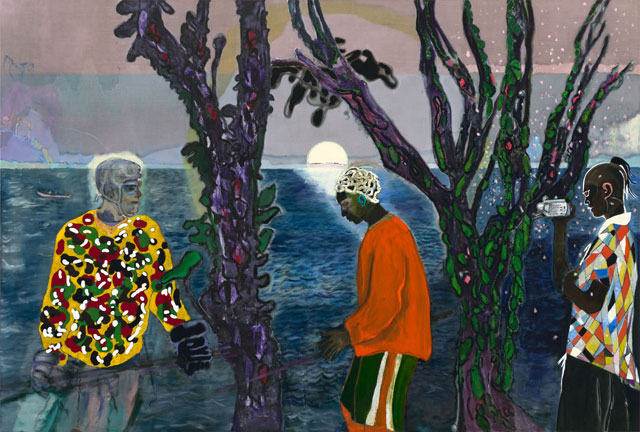 Take the humongous Two Trees (2017) in oil on linen, which depicts three figures standing beside the titular plants in front of a sunset ocean. The luminous calm of the background belies the strangeness of the scene before. The leftmost figure has a ghostly pallor yet wears an eye-poppingly bright camouflage shirt, and stands as if about to strike the central figure with a hockey stick. That companion, in a slick red top, has a blue ear and what looks to be either a knitted cap or an exposed brain, a target for his neighbour’s stick. The third character, clothed in a patchwork of prismatic squares, points a video camera at the unfolding action. His head is outlined in a white, as if he is an apparition. The trees, one sparse and the other dripping with verdant life, are as beamed from a phantasmagoric Edvard Munch landscape. The seamlessness with which Doig pulls together these disparate elements is thrilling to behold, and in its own way seems as violent as the act it almost depicts. 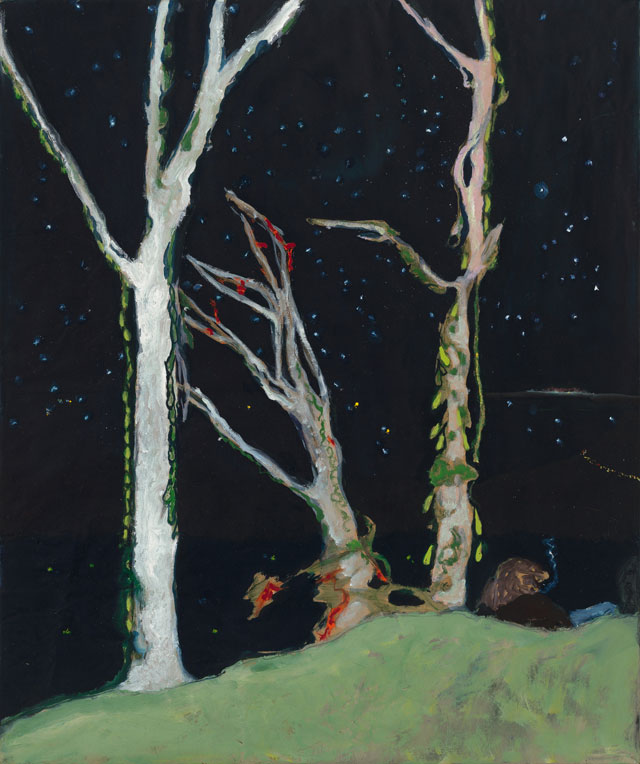 Elsewhere, small-scale paintings and works on paper show Doig toying with his subject matter, testing it out with evident delight. It is as if we have been invited into his studio. One wall shows various transformations of a lion, a forbidding colonial-era prison building and a human. We encounter these three elements over and over again, but each time they are radically different. There is the lion as the icon of the Rastafarian flag, as a scrawled children’s illustration, as street art, as a cubist mutation of Van Gogh’s Sunflowers. Sometimes, we have the clarity and depth of Giorgio de Chirico, other times an inscrutable blur. City Block (2017), in distemper on kraft paper, has the yellow-hued jail alone, a lonely geometric form; it could be an abstract study. In the enormous Rain in the Port of Spain (2015), the lion looks positively exhausted by his previous metamorphoses. His fierce orange fur and magma-toned mane are surrounded by a similar spectral trace to that of the camera-holding figure in Two Trees, as if he belongs somewhere else. 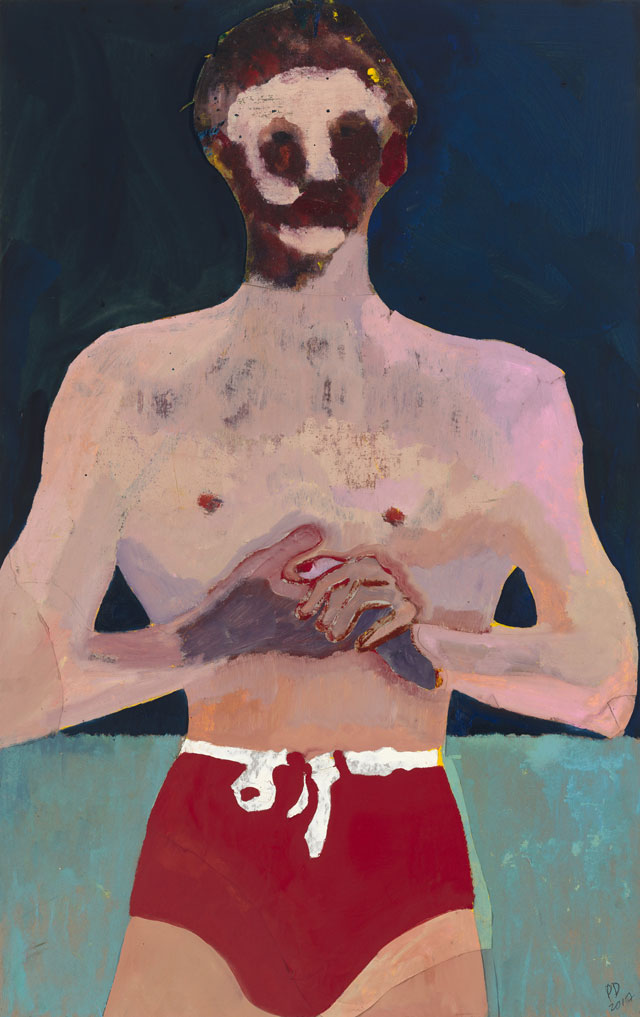 Not all of the works display such elan. A third large-scale painting, Red Man (Sings Calypso) (2017), shows the actor Robert Mitchum on a Trinidadian beach; behind him another man plays with a boa constrictor. Though superbly rendered, it feels a little academic, especially when compared to Doig’s woozier, smaller-scale depiction of the same subjects nearby. By contrast, the two portraits of Embah – a musician friend of Doig’s, now dead – achieve a sort of sublimity. In one, Embah in Paris (2017), Doig has applied sheets of paper to the linen. Their folds and creases embody the intangible waves of sound emanating from Embah’s guitar. Embeh himself is rapt in concentration. The second piece – I do not sing because I am happy. I sing the song because it is about happiness. Embah (2017) – casts him as a sort of beneficent deity. 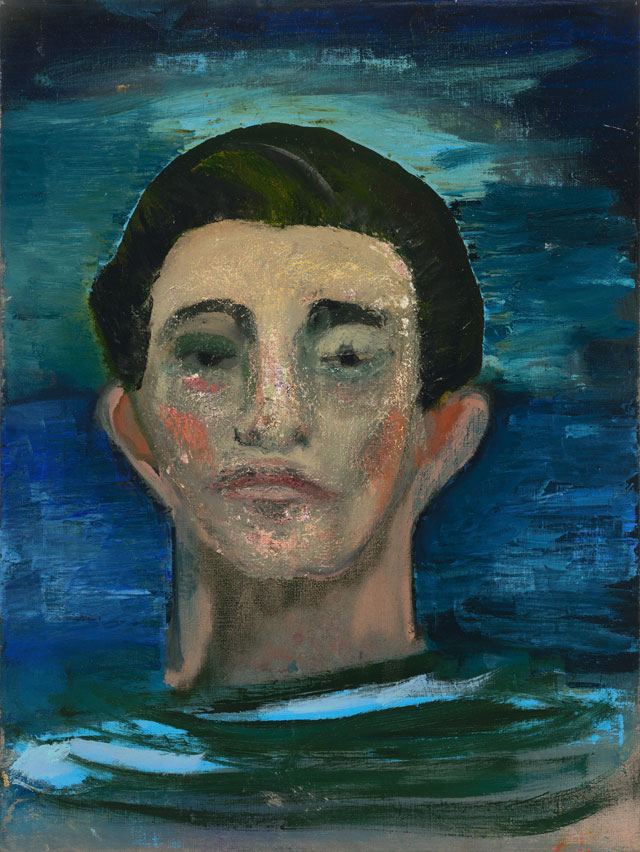 Doig’s paintings seldom throw up a clear meaning, and sometimes feel a little slight. Certain features, such as the pomade-slicked hair of the youth in Untitled (Head of Man) (2017), seem a little glib, others garish. Yet it is difficult not to admire their assured artistry, and even harder to deny their beauty. And, through showing Doig’s paper works alongside his larger depictions of the same subjects, the collection at Michael Werner achieves a winning looseness. Like the very different canvases of Rose Wylie currently on display at the Serpentine Sackler Gallery, these paintings are eminently likable. The tropical vitality, the vigorous colours, the energetic yet inscrutable arrangements, the laidback sense of not trying too hard: if this exhibition were a punchbowl, you would be forgiven for gulping it up in one greedy movement. 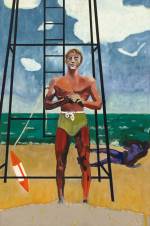