On the Trail of Wise Fools and Simpletons in the Himalayas

On the Trail of Wise Fools and Simpletons in the Himalayas

Those unfamiliar with Tantric Siddhas and Himalayan art, culture and religion may be surprised to learn that Himalayan history is filled with stories of spiritual beings who, it is said, attained enlightenment through highly unorthodox means. 'Holy Madness: Portraits of Tantric Siddhas', currently on view at New York's Rubin Museum of Art, presents more than 100 paintings, sculptures and photographs of Tantric Siddhas, produced during these figures' illustrious history. Known as saintly tricksters who renounced accepted beliefs, opinions and behaviours to accelerate their spiritual progress, the early masters were responsible for transmitting Tantric Buddhism from India to the Himalayas between the seventh and 11th centuries.

The word 'Siddha' refers to a spiritually accomplished being. The great masters are known as Mahasiddhas. They lived in India, Sri Lanka and Malaysia, practising Tantra, an esoteric form of Buddhism. Tantrikas believe that enlightenment can be attained in one lifetime, rather than over the course of many, and that any pursuit, occupation or behaviour may serve to open the gates of consciousness. Their belief led some Tantrikas to a variety of pursuits and behaviour - from the most common to the most outlandish - all in the service of awakening. The tradition of noble, charismatic ascetics, who wander penniless through the country, often taking students, continues today. While the many rituals associated with Trantra have changed, or been softened, Tantrikas still embrace chanting, meditating on mandalas and sexual symbolism in which sun (shiva) and moon (shakti) are united. Their practices could include some or all of the four main forms of yoga: Karma yoga (good works); Bhakti yoga (the yoga of devotion); Jnana yoga, (the yoga of knowledge); and Raja yoga (physical and mental control). Raja yoga is considered to be the most profound, or 'royal' road to yoga.

Curated by Kathryn Selig Brown, 'Holy Madness' opened on 10 February and runs until 4 September 2006. Located in the former Barneys New York building on Seventh Avenue, a longtime cultural icon, the museum was inaugurated in the fall of 2004. During a period of more than five years, the building was transformed into a calm retreat from New York's hustle and bustle. Mirroring the artistic content contained within, the decor invites a slower pace and contemplation.

Before making their way up the central spiral staircase to the top two floors, on which the exhibit is staged, visitors can walk through the museum's introduction to Himalayan art on the second floor. Here, brick- and sage-coloured walls provide an introspective background. The orientation to Himalayan art - where, how and why it is made, its function and symbolism - provided by the introduction is a good preface to the legends viewers will read about in the 'Holy Madness' exhibit labels.

Commissioned by powerful rulers and religious figures, many portraits of the Siddhas were created as part of a series of devotional visual texts, while others are single representations of a master. Some elicit a light, joyful response, while others have a more somber tone. For example, Savaripa and Darikapa (The Hunter and the Slave of a Temple Dancer), painted in eastern Tibet, circa 1600, on cloth with mineral pigments, depicts a bi-level scene: Savaripa the Hunter appears above with a bodhisattva, or compassionate being, who has shown him the error of killing animals. Full of remorse, Savaripa is said to have turned his life over to Tantric meditation. The artist has shown Savaripa in his other form, Wearer of the Peacock Plume, in a feathered cape, pointing toward an escaping deer. Darikapa is shown in the lower part of the cloth panel. This figure renounced his kingdom to follow Luipa, the Fish-Gut Eater, a spiritual master. At some point, Darikapa was sold to the main temple dancer. He remained her slave for 12 years. When she heard him discourse on Tantric philosophy, Darikapa's mistress embraced Tantra and became his disciple.

Heavily laden with symbolism - much of it obscure until one knows the legends surrounding the Siddhas - the portraits are intriguing character studies. From Virupa the Ugly One and Damarupa the Drum Holder to Jalandhara the Net Holder and Tilopa the Sesame Seed Pounder, the stories are captivating. For instance, a copper figure of Tilopa from 16th-century Tibet shows a Siddha said to have achieved enlightenment while pounding sesame seeds. During the day, Tilopa spent his time pounding seeds, but during the evenings he worked as a prostitute's pimp. Are the pursuits in conflict? Tantrikas would say no, as everything here on earth can serve the higher purpose of spiritual enlightenment.

Aside from legendary and mythological connections, many of the works stand as examples of the artists' masterful handling of their materials: the sensuous sculptural form of a three-dimensional lotus-shaped copper mandala, made in eastern India during the 12th century, shows eight Siddhas on the exterior of the lotus leaves, while eight female Yoginis appear on the interior of the leaves. As an object of devotion, the piece offers much to contemplate, but as a visual form apart from its function, the work is remarkable.

Scholars have noted a striking similarity between early Hindu (Indian) Siddha imagery and later Tibetan depictions. Most notable, perhaps, are hairstyle (coiled in a prominent mass on top of the head); long moustaches and beards; elongated earlobes from which hang elaborate earrings; and symbols marking the third eye point between a Siddha's arching brows.

Photography is well represented in the main body of the exhibit. 'A Holy Man, Kathmandu, Nepal', 1985, by Rosalind Solomon (silver gelatin print) helps to connect the iconoclasts of the distant past to the Tantrikas of today. The figure exhibits the hallmarks of the wandering ascetic: nearly naked body decorated with necklaces and armlets; tangled hair; face marked with ashes and the ubiquitous third eye-point symbol; and eyes closed in contemplation of the infinite. As in all works of devotional art, the subject of the photograph contributes as much to the quality of the image as the artist who created it.

In addition, visitors can view two photographic exhibits, 'Mahasiddhas at Gyantse' features Ulrich von Schroeder's photographs of 15th-century murals of Tibetan Mahasiddhas, the first time the murals have been exhibited or published as a complete cycle; and 'Mahasiddhas at Alchi', a collage of photographs by Jaroslav Poncar. The sections of Poncar's collage combine to form a nearly life-size image of a giant standing bodhisattva formed in clay. Created from the late 12th to early 13th centuries, the sculpture is most notable for the bodhisattva's skirts, which are covered with miniature paintings of a set of the 84 Mahasiddhas.

After an initial viewing of 'Holy Madness', visitors will have a good understanding of the visual conventions used by the nameless artists who created the works, and the role played by these pieces in Tantric practice - but repeated viewings will likely prove rewarding: the images were meant to deepen aspirants' intuitive understanding through devotion and meditation. The curator and museum staff have done a splendid job of creating a meditative atmosphere in which one can view the works on a visual level, appreciating the range of dynamic colouration and composition, consider the figures' legends and legacy and contemplate their symbolic meaning.

The exhibition catalogue, Holy Madness: Portraits of Tantric Siddhas, edited by Rob Linrothe, Associate Professor of Art History at Skidmore College in Pennsylvania (Rubin Museum of Art, 2006), is a beautifully produced 450-page, four-colour volume that presents a comprehensive overview of the colourful characters, mythology and symbolism of Himalayan art, culture and religion. 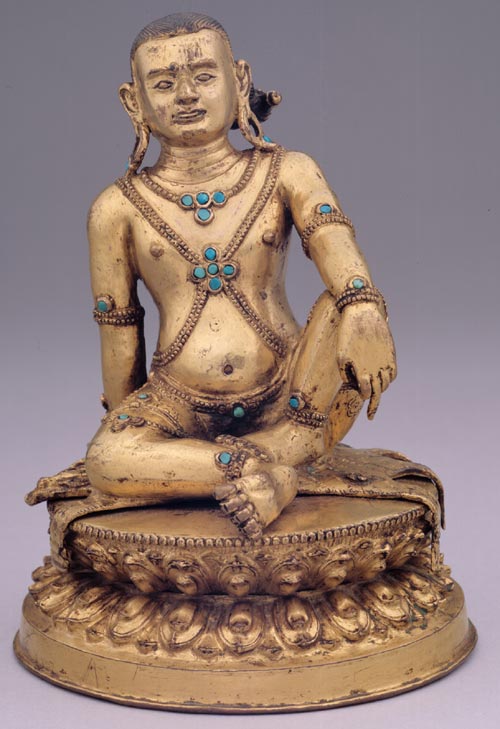 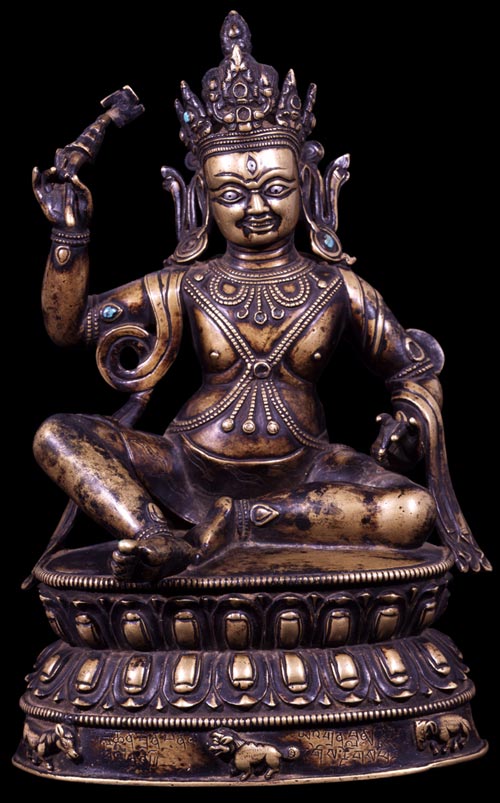 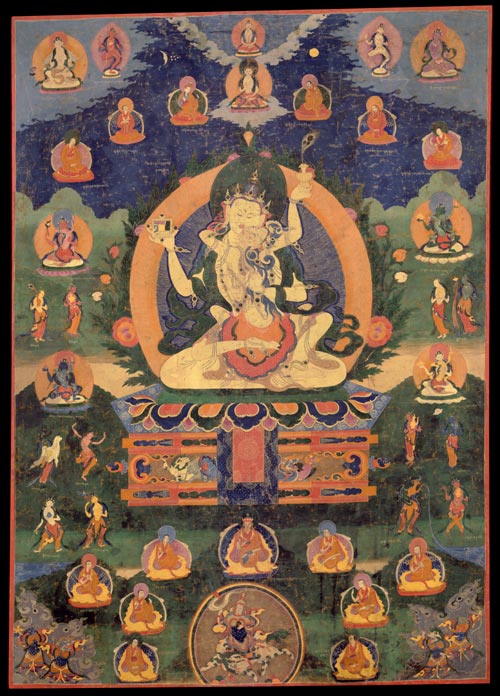 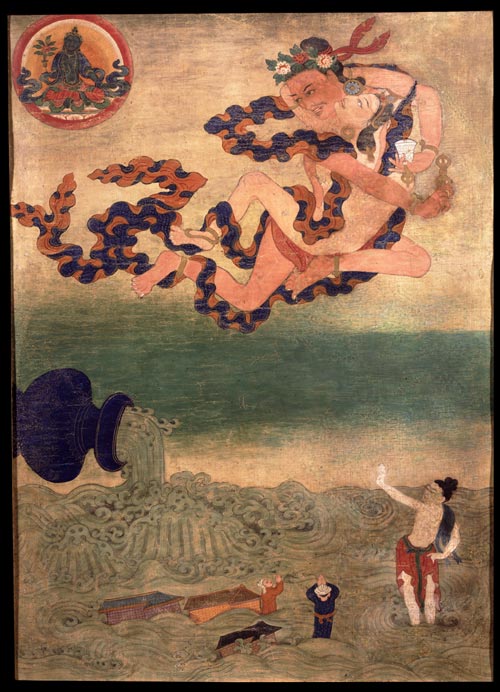 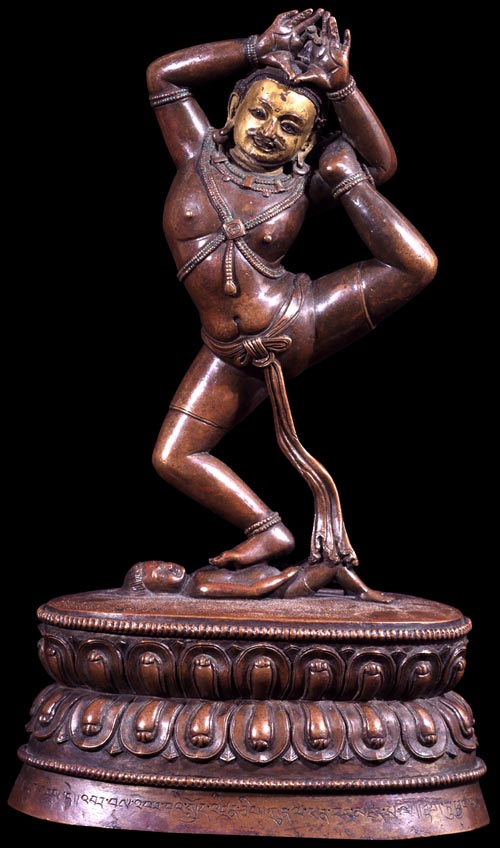 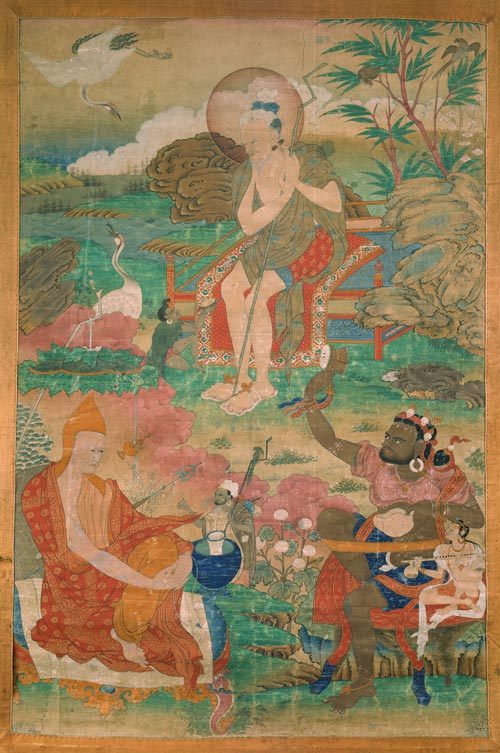 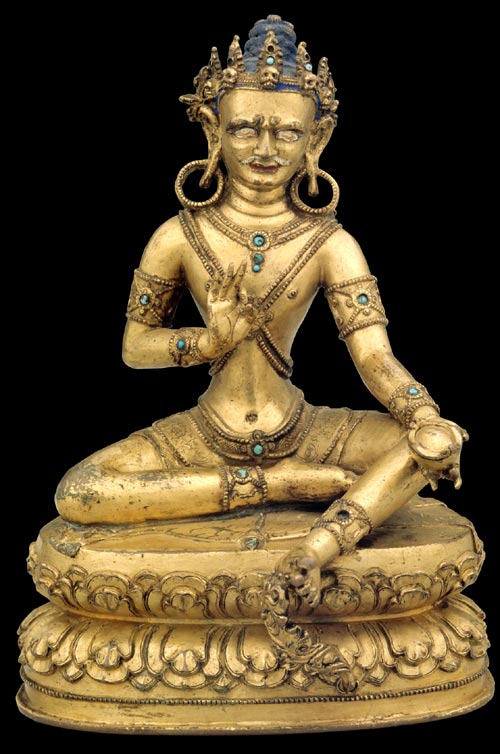 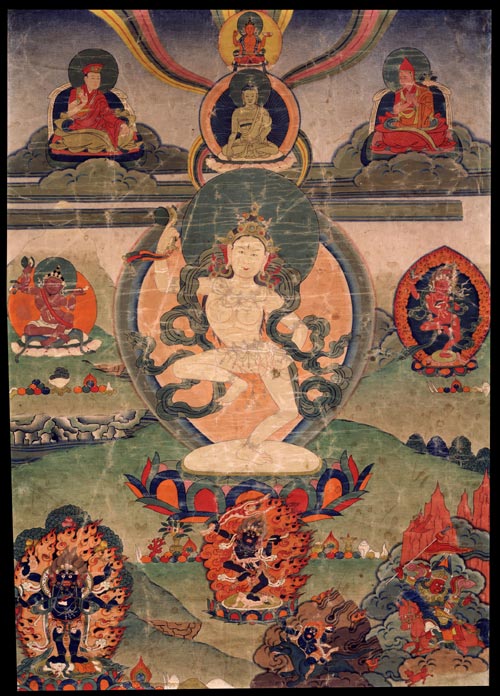 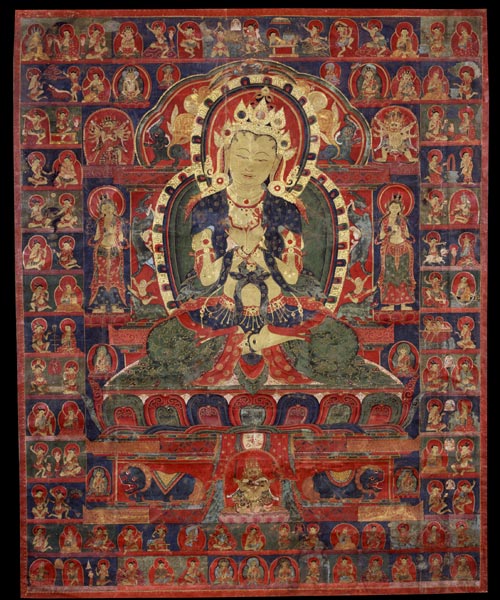 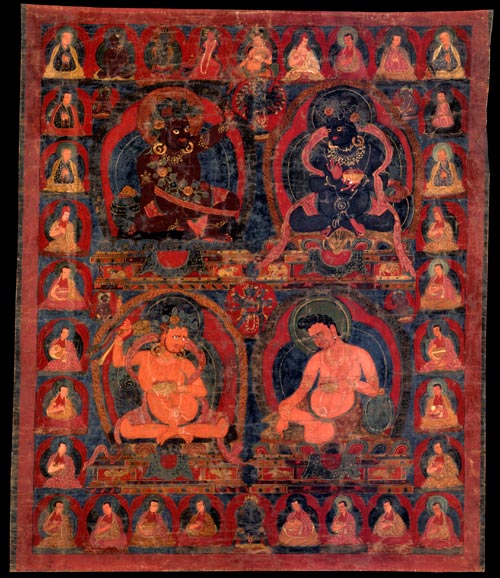