The architect, writer, and former publisher/editor of Studio International, Michael Patrick Spens of Wormiston, Knight 1st Class, Order of the Lion of Finland (for services to architecture), has died aged 74. 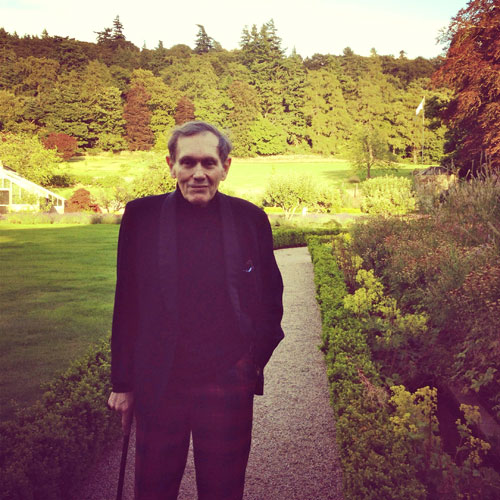 Michael Spens’s life and career was polyvalent and adventurous, fascinating and accomplished. A man of few spoken words but many letters, a stiff upper lip and enduring romanticism, Michael was charming and generous to a fault.

A British officer positioned in Berlin during the cold war and travelling the Middle East during the Suez crisis; an award-winning architect; a diplomat-conservationist in Finland and Russia in the early 1990s that resulted in a knighthood; the author of 10 books on architecture, modernism, and the sublime. The father of six children  – Claudia, Iona, Cosmo, Christiana, Flora and Mariota – and the editor of Studio International for more than 20 years, Spens lived through an age of extremes with style, intelligence and great bravery.

Born in Windsor, England on 24 October 1939, six weeks after war was declared against Germany, Michael was destined for a romantic, dramatic and, at times, tragic life. His father, Patrick, set off for Monte Cassino, Italy, where he fought the Axis armies, while his wife, Susan, brought up Michael and his younger sister, Sally, in blitz-torn London in the early 1940s. Unfortunately, they were never reunited: in early December, two days after their fifth wedding anniversary, Susan was found dead, at the age of 26, in their home in Kensington. Patrick did not find out until the following March that his wife had died in the blitz; he had sent many letters, which, of course, had remained unread, and assumed all was normal when he received Christmas presents – which arrived after Susan’s death, as she had sent them in advance. He returned from war heroic, but distraught at the death of his young wife.

Michael was sent to boarding school at the age of four, before war ended, where he stayed for the rest of his schooling. He attended Eton and Cambridge, reading architecture at Corpus Christi College, after a couple of years touring Germany and Cyprus with his father’s regiment, the Argyll and Sutherland Highlanders (whom he continued to serve with as a Territorial Army Officer for the next decade). 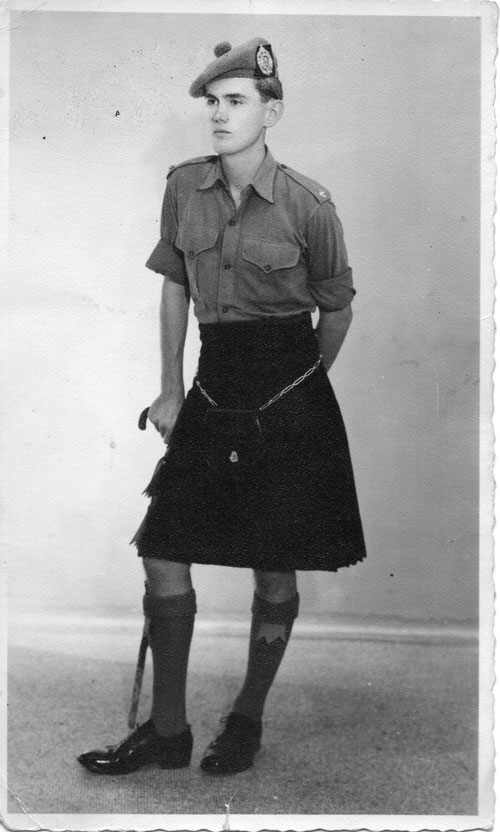 In Germany, the 18-year-old Michael fell in love with a girl from East Berlin, Marianne, and smuggled her and her friends across the Berlin Wall in his sports car, which was not subject to checks as he was a British soldier. On the last day of his deployment in Germany, he set off the “Russian Invasion” alarm, as a joke. He then went up to Cambridge, and in his second year (in 1962) married Caroline Sedgwick-Rough (later divorced) and they had three children: Claudia, Iona and Cosmo. A valued officer, Michael was asked to join the SAS in 1969 – a position he turned down, however, to stay with his young family.

That sense of adventure, charming rebellion and romanticism never left him, though, and characterised the next 50 years of his life, which was now rooted in the arts and politics (a keen campaigner for an Independent Scotland), rather than the army. He became an award-winning architect, with the Saltire (Scotland) Award for Housing Conservation (1975), the European Architectural Heritage Award (1976), the Saltire Art in Architecture Award (1976) and the Norfolk Architectural Association Award (Housing, RIBA Affiliated, 1986).

In Scotland, he supported innovative artists who became close friends, such as Eduardo Paolozzi, John Bellany and Gerald Laing, who were working in Edinburgh at the time, through involvement with Richard Demarco’s Gallery, the publisher Editions Alecto, and collecting modern art. In 1971, he commissioned a nine-panel ceiling (originally installed in Cleish Castle, Scotland, which Michael also restored) from Sir Eduardo Paolozzi, which was, with the support of the National Galleries of Scotland, increased to 12 panels and installed in the Dean Gallery, Scottish National Gallery of Modern Art. He also served on the Committee of the National Gallery of Modern Art, Edinburgh, and then on the Scottish Arts Council 1978-81.

In the 70s, he had expanded into art and architectural publishing, with considerable success in both London and Berlin, with Studio International Publications Ltd, Architectural Press (1988-90), Academy Editions (1993-97) and Ernst & Sohn, Berlin (1997-98). In 1982, he became the editor of Studio International, collaborating with Arthur and Jill Sackler, who bought the magazine at that time, and Martin Kennedy, who revolutionised its design and worked closely with Michael, becoming a great friend as well as a fellow visionary.

As well as working as editor of Studio International and in publishing, Michael began to write articles and books himself, notably a biography and a catalogue raisonne of the work of the veteran landscape architect Sir Geoffrey Jellicoe: Gardens of the Mind (Garden Art Press, 1992), and The Complete Landscape Designs and Gardens of Geoffrey Jellicoe (Thames & Hudson, 1994); followed by the definitive survey of the field of modern landscape architecture, Modern Landscape (Phaidon, 2003 and Paysage Moderne, Paris, 2005). In all, he authored 10 published books on architecture and more than 60 articles in the same and associated fields.

This inspiration to write coincided with, and was nurtured by, Michael’s falling in love with Australian writer and painter Janet McKenzie, whom he married in 1986, in Melbourne. Together they had three children: Christiana, Flora and Mariota, whom they brought up mainly in Scotland, in ancient woodland on Fife Ness, where Michael’s family had lived (on and off) since the 12th century. Though he was a modernist intellectually and culturally, Michael was also a traditionalist where local history, family archives and architecture itself prevailed, and went to great lengths to preserve his family’s legacy during this period.

Though settled in writing, academia and home life, however, Michael never really stayed in one place, or the confines of an office-based career, such was his love of the fray of life, and an attraction to diplomacy and intellectual discourse that never left him. Working with the Finnish and Russian authorities on a joint restoration of the iconic Alvar Aalto Library (originally completed in 1935) at Viipuri (now Vyborg) in the early 90s, at the height of peace talks between those nations as the cold war subsided, Michael was awarded a Finnish knighthood for his diplomatic and artistic efforts by the President of Finland.

Around this time, he was also diagnosed with cancer. Originally given only a few months to live, Michael defied expectations, and fought the disease for the next 18 years. During this time, he wrote The Recovery of the Modern (Butterworth-Heinemann, 1996), and The Garden at Shute (Academy Editions, London, 1993), among many other publications, articles and speeches. He also taught at the Duncan of Jordanstone School of Architecture in Dundee, where he was a much-admired member of the faculty, and eventually made Professor. He edited Studio International throughout this period, also writing consistently brilliant and stylish articles on contemporary art and architecture, no matter how disabling and difficult his illness was. 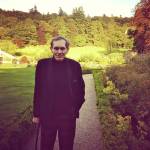