This timely exhibition and catalogue can be accessed in Europe until 26 January 2006. It is timely because it appropriately adjusts the balance of influences upon Finland at this crucial period and thoroughly and effectively reviews the special influence that Finnish art gave to the wider European spectrum. Stephan Koja, an expert on Gustav Klimt, is currently a curator at the Osterreichische Galerie Belvedere Vienna and co-ordinates important contributory essays from a wide range of Finnish scholars. Paintings have been assembled from Sweden, Hungary and Finland, many of which have never been seen before outside Finland. Curator, Leena Ahtola-Moorhouse, who made an important contribution to the exhibition and catalogue, 'Dreams of a Summer Night: Scandinavian painting at the turn of the century' (Hayward Gallery, 1986) is again prominent in this current exhibition. Her essay (co-written with Timo Housko), entitled 'Landscapes of the Mind', is particularly relevant to the exhibits by male and female artists of the 1890s, exploring the 'Mystery of Self' and 'The Individual in the Modern World'. 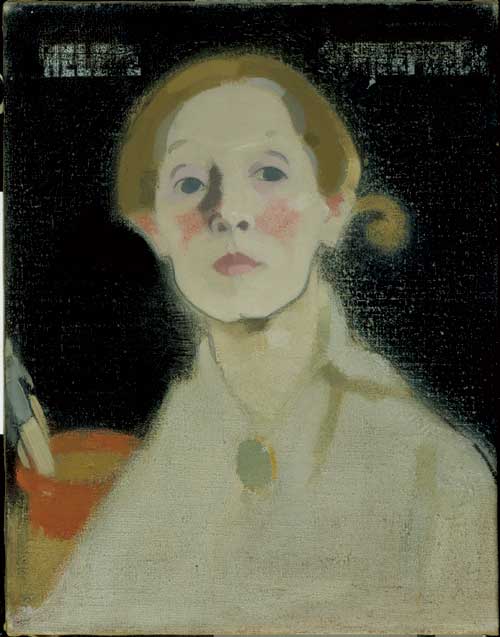 This exhibition is notable for the extent to which it documents the influence of France and Russia. The strong pull by Edvard Munch across Scandinavia was accordingly balanced by a tidal wash from St Petersburg after Sergei Diaghilev's invitation to Finnish artists to share an exhibition with Russian counterparts from there. In Helsinki, Russian art was shown in the Blaue Reiter (Blue Rider) group exhibition of 1912, when the Die Brucke (The Bridge) group was represented in the Salon Strindberg gallery in 1914, run by August Strindberg's nephew, Sven Strindberg. Wassily Kandinsky also had a solo exhibition there in 1917. These were difficult times for Finland, losing her autonomy in 1908, when the weak Tsar Nicholas II failed to uphold the favourable measures settled by Tsar Alexander III. A turbulent series of events was only concluded by the recognition by Lenin of Finnish independence in 1920, after skilful Finnish diplomatic and political overtures.

Against this uncertain background, which ran through the whole period covered by this exhibition, there was a rising cultural self-determination in Finland that differentiated, and perhaps strengthened, the core of Finnish art in contrast to a prevalent degree of escapism evident elsewhere throughout Scandinavia itself. Another loosening of traditional relationships came with the growth of female artists to prominence in Finland, frequently overlooked in previous surveys. They tend to have been left out of descriptions of the early gestation of modernism, seen to be an all-male preserve for the most part. Symbolism, as Soili Sinisalo points out in the Introduction to the catalogue, was considered a more appropriate preserve for women artists. The exhibition has sought admirably to correct this imbalance, attributing to them, where now due, a crucial part in the history of modernism. Sigrid Schaumann's abstracted landscapes in the exhibition bear this out. Leena Ahtola-Moorhouse has underlined her own influential critical role in 1997 in a remarkable exhibition, 'In Women's Rooms' (Ateneum, Finnish National Art Gallery, Helsinki, 1997). The paintings of Ellen Thesleff are hung well in the exhibition and emphasise this transition with similar force.

Another recognition that this exhibition enhances, especially for those unfamiliar with Finland's cultural individualism, is of the strong link between Finland and Austria, or more specifically, Helsinki and Vienna. It is not simply just evident in the quality of coffee and chocolates, contributing to a cultural ambience still surviving in both cities; but derives from linkages fostered at the time of the Secession. The great Finnish composer, Jean Sibelius, could not complete his musical education without a stint in Vienna. In the more recent past, architects from Finland have been the main beneficiaries of this connection, with a professorship made available to more than one distinguished architect from Finland. Another persistent theme and inspiration that runs through the majority of the works in this exhibition, lies in the relationship of the artist to his landscape. It is, of course, a Finnish landscape: but how different is it from the same inheritance as exemplified in Swedish, Russian, and Norwegian painting. A certain lightness of being persists in Swedish painting (in works by Eugen Jansson, Gustav Fjaestad and Carl Larsson) that is replicated in Danish works. Norway is different, and Finland is even more of a world apart. Russian painters of the same period display a greater affinity with painters in Finland. Such artists as Isaak Levitan and Mikhail Nesterov could be mistaken for Finns. Indeed Nesterov had himself visited Finland, for a period. But it is in the wealth of different appraisals of landscape that the exhibition here reveals the fundamental strength and focus of Finnish art. Here, that element of the land that is at the heart of every Finn provides the basis for transnational influences of the turn of the century, such as the Secession, Die Brucke, and, of course, French impressionism.

Landscape is the all-important, unifying element in the work of these artists of both sexes: and this can be taken not only to represent the external environment of man, but also to include the inner landscapes of all, as typified by innumerable self-portraits (eg Helene Schjerfbeck) or as in Akseli Gallen-Kallela's deeply psychological study of Maxim Gorki.

The book is punctuated by half a dozen two-page spread photographs of turn-of-the-century Helsinki scenes that provide an excellent atmospheric backdrop to the substantial range of colour illustrations of the paintings. Two works by Marcus Collin seem, with their sombre scenes of social upheaval or oppression, to contradict the prevalent, somewhat optimistic view of the process of industrialisation, another backdrop to the development of modernism. The exhibition does not cover architecture as such, but the catalogue should enhance understanding of the surge of outstanding modern building in Finland, which followed the period covered. The later spirit was indeed translated into architecture in the works of Eliel Saarinen and Alvar Aalto, with world-resounding success, through most of the 20th century. This exhibition is an important milestone for European modernism, and the catalogue itself repays fuller study. 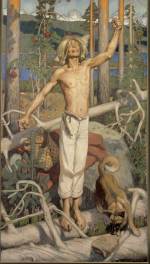 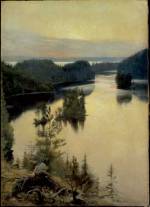 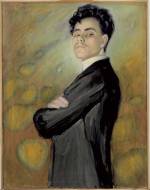