In a thrilling career-spanning retrospective, Arnulf Rainer proves that art can be revelatory through shock and humour, but we may not be comfortable with what it reveals

The portrait has always had the problem of the pose. The most interesting portraits are those that subvert the pretence of the sitter and the situation. This can be done through brutal and beautiful honesty, as evidenced in the work of Rembrandt, Lucian Freud and Jenny Saville, or by suggesting narratives (Vermeer) or symbolic clues (Jan van Eyck). It can be achieved through biting satirical mischief, as in the work of Otto Dix and Raoul Hausmann, or by showing the subjects in positions and scenes that no rational person would want to be publicly viewed in, as in Francis Bacon and Edvard Munch. The greatest icon-makers are often the secret iconoclasts.

As a portraitist, Arnulf Rainer might seem a vandal and it is something he tacitly admitted to in the past. Rather than simply deface though, at his best, Rainer refaces. He manipulates and extracts emotions and character from the sitter and the viewer through various techniques, most notably overpainting. The results reveal as much as they alter and what they ultimately reveal are the limitations, the vanishing points, of revelation. Critics may have noted that Rainer turned away from the Surrealist phantasms of his early work into more minimal expressive works, but his interests remain crucially consistent, even as the art changes. He portrays not just how death and madness, for example, might constrict us or expand us, but how they are us. This is an exhibition that impacts. If there is a conclusion, it is that there are no conclusions. It is this that disturbs as much as the mutilated forms. Yet a dark humour, benevolent or malevolent, is never far from the surface.

There is the distinct sense that Rainer is an artist not willingly contained. Most artists find a voice and stick to it for comfort or commerce, often at the expense of ingenuity, vitality or surprise. While Rainer’s works are identifiably “his”, they seem like detonations captured in premature time and uneasy stillness. These are relics from the unseen performance of their creation. Rainer inhabits forms, uniquely and enigmatically, and flares up wildly within their boundaries. They are left marked, sometimes almost to the point of destruction. Yet alongside this, there is the feeling that what is left behind has almost become sanctified, like an object invested with aura by the alterations of a witchdoctor. Nothing remains as it was before.

Death is less the elephant in the living room than the living room itself. It’s there in the death masks Rainer collected and “despoiled’”. It is there in the manipulated photographs of half-charred bodies from Hiroshima that he was sent and processed in his own fashion. It is there in the skull shapes seared on to the portraits of Van Gogh and Franz Xaver Messerschmidt’s gurning and grimacing character studies (the originals are exhibited in this same city). Madness is here, too, as it was periodically in the minds of those aforementioned artists. Yet these are still symbols, simulacrum, responses, and we must be careful not to mistake an art gallery for a mausoleum or a bedlam. Rainer is alive (the exhibition celebrates his 85th birthday). So, too, is his work; thrillingly so.

Humour, absurdity, violence and revulsion all play their parts, sometimes simultaneously, in the photographic portraits he has painted over as “Face Farces” and “Body Poses”. You realise what strange ludicrous creatures humans really are, and at the same time what magnificently malleable and complex beings. A figure might be vomiting blood and bile or childishly creating a waterspout from his mouth. Another seems to be sleeping in the manner of a brutalised corpse. Wreckage blooms in Rainer’s monochromes just as mysteriously as the actions, intentions and fates of his individuals. The energy occasionally comes from Rainer’s vibrant, violent colours and the skilled slashes of the brush, but also from these ambiguities. The view that he vandalises depictions of the past convinces only on a superficial level. If anything, his desecrations offer a skewed respect that the taxidermy of canonisation neglects. When a prone figure opens his mouth in a sexualised gasp or yawn, it seems both a tribute and a slight to the gilded ecstasies of his countryman Klimt. Rainer is nevertheless affording his predecessors infinitely more value than the gift shops and the replicators do. He is opening a dialogue, tearing open if you will, while most are engaged in bodysnatching.

Deftly spanning his life’s work, the exhibition excites and no doubt runs the risk of exhaustion for some. Many of the images are not easy viewing in subject matter, form or repetition, but, then again, who said art should be easy? Any fatigue or disgust we find is, in itself, an interesting development worth reflecting on. There are works of relative calm that edge towards the abstract, particularly his painted crosses. The connotations we have with the cruciform shape, the sheer attack of Rainer’s approach and the other-worlds of the paint and grain up close prevent them slipping into placidity. Ultimately, it might be realised that expression is both the symbol and the symbolised; an inarticulate howl of pain or laughter that cannot help but articulate. There is no escaping meaning and yet no meaning is entirely satisfactory.

We have few responses to the insane or the dead, and Rainer offers no facile questions or answers. In this, he does us and them (if there is a divide) a great service. How can we respond to images that are violent and absurd and funny and somewhat depraved, images that are both unflinchingly true and shamelessly contrived? We might commend them for their vitality, their terrible beauty, their many-sided complexity and incompleteness or their avoidance of sentimentality. A more honest appraisal would be to simply allow ourselves to be rendered speechless, an enactment of what they used to call awe. We might even refer to it as the sublime, even though it looks and sounds identical to the void. And that silent explosive mirroring is the dark heart of Rainer’s art. Long may it beat. 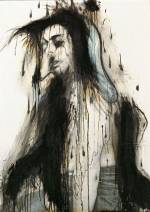 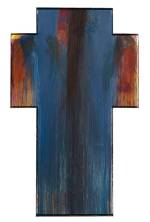 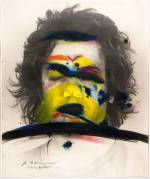 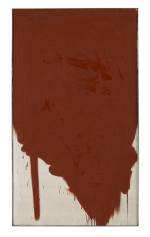 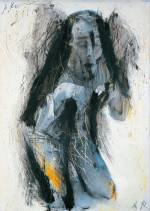 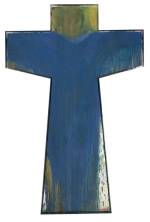 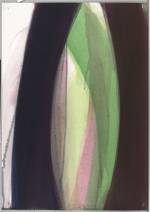