The catalogue promotion for this remarkable exhibition of early 20th-century design pioneers suggests that the contemporary built environment was 'largely shaped by Modernism'. This is simply not true. The reality was different; one of a continual rejection in the first half of the 20th century, in Soviet post-revolutionary Russia by their governments: in Germany by the Right, in France by the bourgeoisie. Modernism in America had a more free-ranging and liberating story to tell. Yet there was little broad progress in design other than that which was essentially the product of technology itself.

To understand the modernisms that did exist and survive, thankfully, against the odds, it helps to be fully aware of the broader sweep of historical movements; the boom and slump of the post-first world war economies, and the ensuing and traumatic political extremisms to left and right, which had driven this force for change so energetically. Central to this dynamic in Europe were the visual arts, after new discoveries about the human mind and about human physiology. Psychology, advanced by Sigmund Freud in Vienna, played a formative role; Freud, for example, was well aware of a crisis in the so-called stable state ego: both as applied to individuals and spreading widely to affect social and political institutions. This included as a byproduct a reappraisal of the importance of 'things primitive', in some respects anticipating the later 20th-century interest of historians in Aboriginal and Native American arts. As early as the turn of the century, such intellectual curiosity stimulated in Paris, Vienna and also Berlin, ignited serious revisions of the traditional apparatus of representative art. Here was the touch paper for Modernism, whether in the works of George Braque (even by 1910) or Pablo Picasso.

The current exhibition is contained in three substantial rooms, designed brilliantly by the Czech-born architect, Eva Jiricna. In her own work, she has demonstrated a clear and rather special understanding of the importance of materials for any project, as was earlier revealed by a brilliant staircase for a 1960s store in Sloane Street, London (now moved in re-development and saved, thankfully). Without Jiricna's skill and virtuosity here, the show could easily have become a series of disconnected and rather depressing episodes. She draws many meanings, intended by Christopher Wilk, the Curator of the show, into a single, cohesive, multifaceted whole. Modernism comprised many modernisms, even by the midpoint of the show: 1925. Eye-catching, and seldom viewable, except as here: the Italian Futurist, Giacomo Balla's 1920s sunset-hued outfit, is such as one might have spotted in an upmarket Milanese street display window in the late 1980s. It also subtly confirms all presumptions about Italian male pride. This stands in marked contrast to Alexander Rodchenko's tensed up Russian constructivist 'production suit' of the same period. Here the model's only concession to male self-esteem is the pipe, jauntily held in the mouth. The model himself seems undaunted too, by a possibly imminent, heroic projection into outer space.

Of particular interest is a recreation of the archetypal Modernist kitchen, possibly in incidental homage to Terence Conran, a sponsor of the exhibition. Here, a mass-produceable machine a cuisine, by the German designer Gretl Libotsky, is re-assembled. This design was a matter of rationalised dimensions - literally of space definition, and ergonomically inspired, with a pull-out, fold-out set of refinements including metal drawers, fully labelled for use. A fold-down ironing board completed a kitchen still currently surviving in a few lower income flats in Frankfurt today.

Eva Jiricna, being Czech, can be allowed as of right to claim the Tatra T87 saloon car of 1937 as the outstanding Modernist automobile design of the period; but otherwise there might have been chosen the black 1939 Bugatti Galibier saloon (Paris show model). It could have represented a kind of climacteric to the whole period of the show, with its superb blue Perspex roof lights over the driver and front passenger (each roof light carefully screenable by immaculate roller blinds) - it might have influenced Claes Oldenburg in the azure blue tincture of his Chrysler Airflow transparent relief print of the later 20th-century period. Perhaps, indeed, the Tatra could have incorporated this optional extra by Bugatti readily enough in the race for style supremacy, screening the sun de luxe on the Route Nationale to the Cote d'Azur itself. The Tatra didn't quite compete, it has to be said.

One of the less attractive features of the Modernist period could be found in the political and social pressure to conform. The renowned British architectural commentator, Philip Morton Shand, supported by both the German architect, Walter Gropius, and, indeed, by Le Corbusier, failed to be selected as the first Director of the prestigious Barber Institute in Birmingham in 1933-34, despite impeccable credentials, on the grounds that he was a recognised Modernist. A pedestrian traditionalist got the post. The point has been astutely made elsewhere that the exhibition reminds visitors of the extent to which Britain was, at this time, exceptionally peripheral to the whole movement of Modernism and disdainful for the most part of the whole idea of a new world, sponsored by Modernism. Certainly, painting and sculpture in Britain displayed a late take-up in embracing Modernist ideas, perhaps last of all the major European centres, notwithstanding the efforts of Shand, Leslie Martin and temporary incomers such as Laszlo Moholy-Nagy and Walter Gropius, and even of a somewhat mystified Alvar Aalto (invited over from Finland by Shand). At the beginning of the period, there had been remarkable new initiatives, such as the tableware of Christopher Dresser, and the architecture of Charles Rennie Mackintosh, (exhibited to major acclaim in Vienna in 1912). Perhaps one must claim that the English Arts and Crafts Movement was something very different, another Modernism indeed, and with its own in-built utopianism, hardly reconcilable with European Modernism as it grew.

Christopher Wilk is indeed right to express disbelief that there has been no major Modernist exhibition whatever in this country before. In Britain accordingly, and surprisingly, as the exhibition quite gently urges, notwithstanding the mastery of Jiricna's design and the accompanying graphics of Pentagram, the jury is still out, and sadly still unresolved on Modernism. Ignorance has been buttressed by paranoia and a degree of dilettantism inherited from the Edwardian period. As the leading Modernisms, followed by late Modernism and harried by postmodernism pass now into history, we are left with a fragmented void. The cultural revolution in Britain when it did come in the 1950s and 1960s was spawned by a dramatic surge of new talent in fashion design and pop music, elevating British culture at large to previously unimaginable levels internationally. Nor should we forget that the great literary triumphs of the modern age, the works of James Joyce and of Samuel Beckett, are after all the products of two Irishmen. 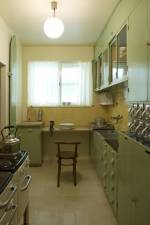 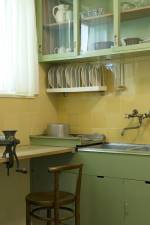 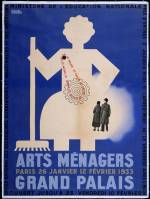 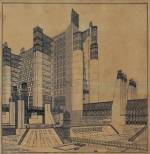 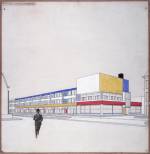 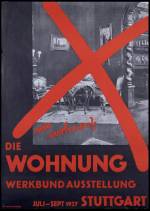 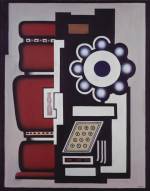 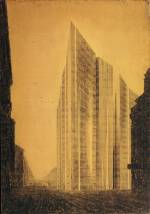 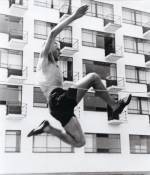